Napoleon's Penis - Possibly one of the most famous body parts trying to be sold, was of former French military and political leader Napoleon Bonaparte. His penis was apparently cut off during his autopsy in Corsica and give to a priest. The penis has been said to resemble beef jerky or a shrunken eel by TIME magazine while it was on display in Manhattan in 1927. A wealthy urologist purchased the leader's little guy and kept it under his bed for nearly 30 years. 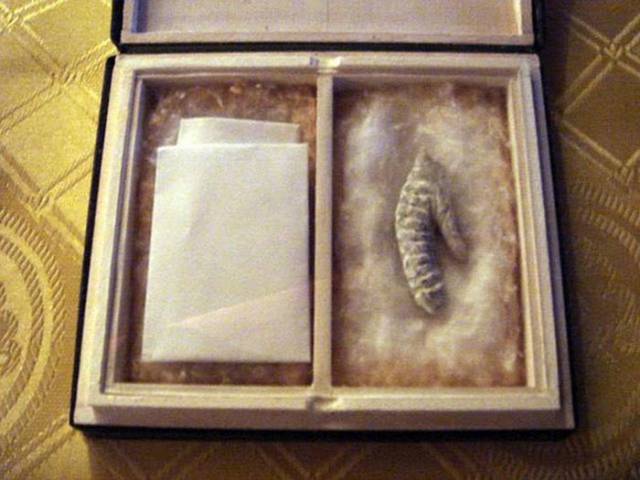