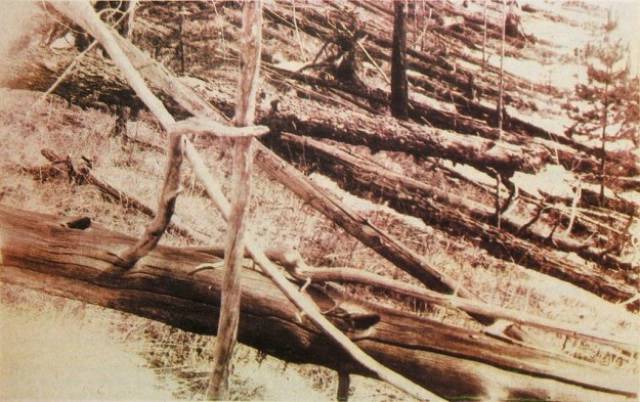 On 30 June, 1908, a large explosion occurred over an isolated area of Russia – the nearest town was over 35 miles away but still felt the effects, which included windows smashing. The blast produced 85 times more energy than the atomic bomb dropped on Hiroshima and flattened an estimated 80 million trees. Although the destruction is widely believed to be the result of an asteroid, no impact crater has been found, leaving the incident open to alternative theories.