Redditor sc4s2cg uploaded photos of a cat he met in a mountain in Switzerland that helped him find the right path after he got lost. He was hiking in the mountain and ended up in the abandoned village. He said that according to his map, the only way to go back to his hostel was through the trail which was closed at the time. And that's when this kitty appeared and guided him to the valley. The cat was constantly looking back to see if the hiker was following him. Other redditors responded that they had met the same cat while in the region and that they were lost too. Kudos to the rescue cat! 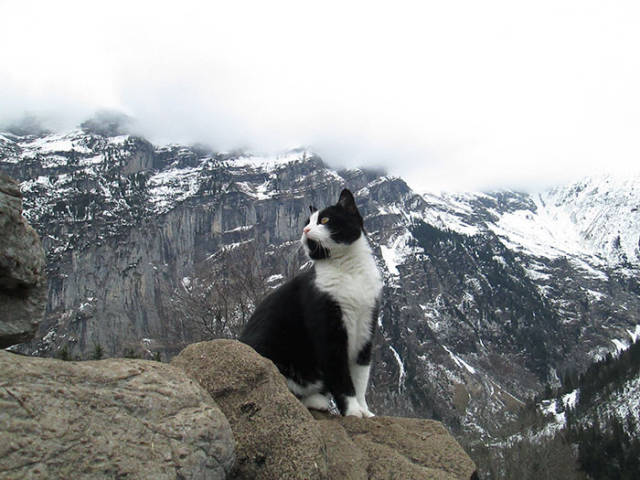