Thousands of giant cuttlefish gather each winter in the shallow waters of South Australia’s Upper Spencer Gulf for their once-in-a-lifetime spawning. Males compete for territories that have the best crevices for egg‐laying and then attract females with mesmerising displays of changing skin colour, texture and pattern. Rivalry among the world’s largest cuttlefish – up to a metre (3.3ft) long – is fierce, as males outnumber females by up to 11 to one. 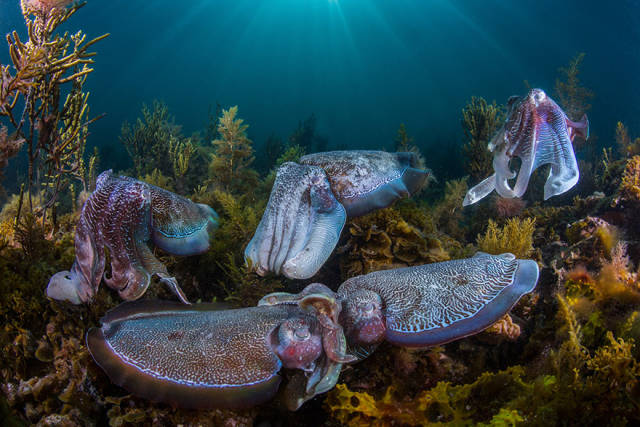