Swarming Under The Stars By Imre Potyó, Hungary

Imre was captivated by the chaotic swarming of mayflies on Hungary’s River Rába and dreamt of photographing the spectacle beneath a starlit sky. For a few days each year (at the end of July or beginning of August), vast numbers of the adult insects emerge from the Danube tributary, where they developed as larvae. On this occasion, the insects emerged just after sunset. At first, they stayed close to the water, but once they had mated, the females gained altitude. Winners will be announced on 18 October. 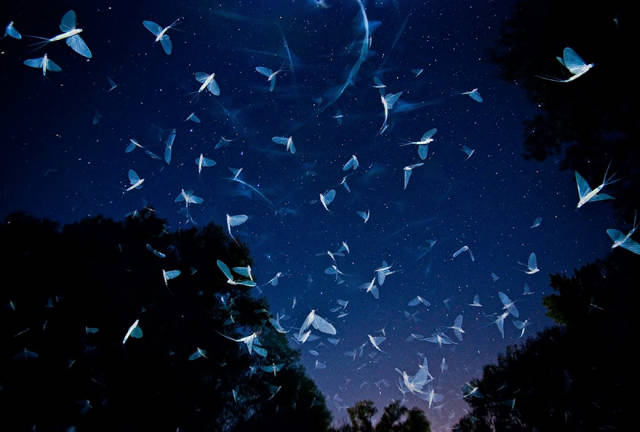