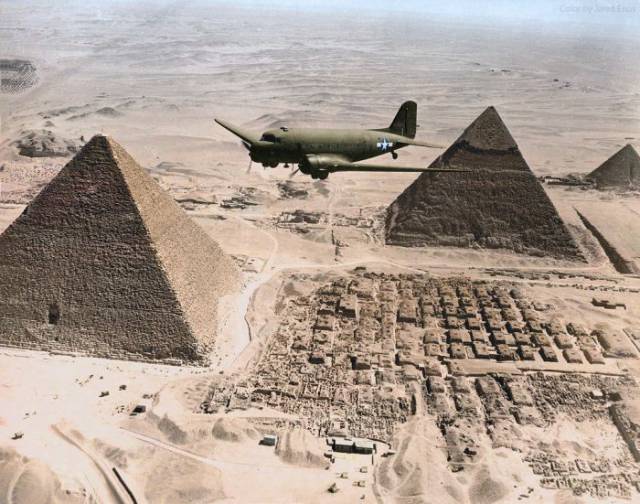 Two US Marines look over Iwo Jima from atop Mt. Suribachi, where just two days before, the US flag was famously risen. February 25, 1945 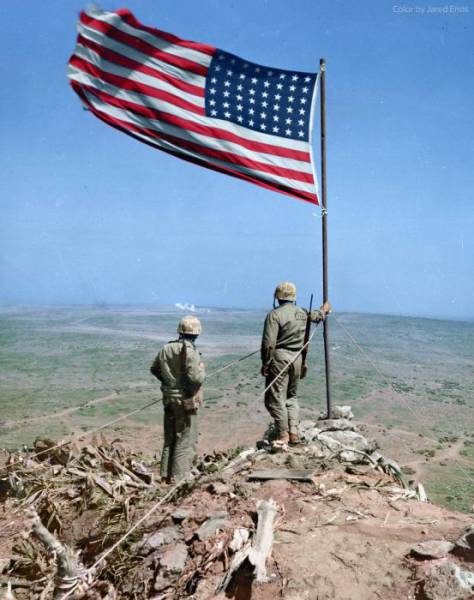 Hermann Göring sits in the dock at the Nuremberg trial, 1946 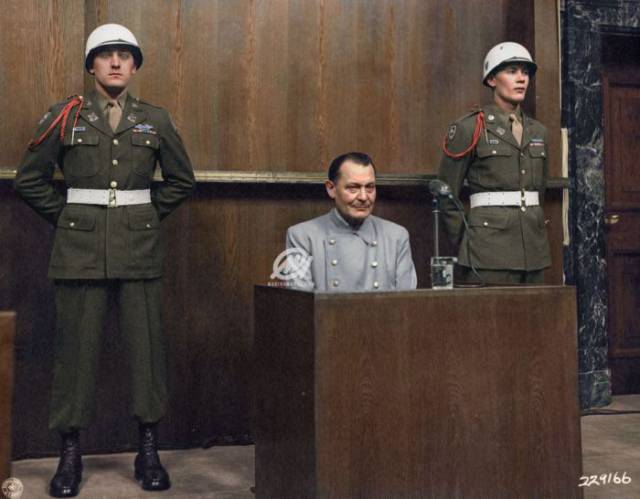 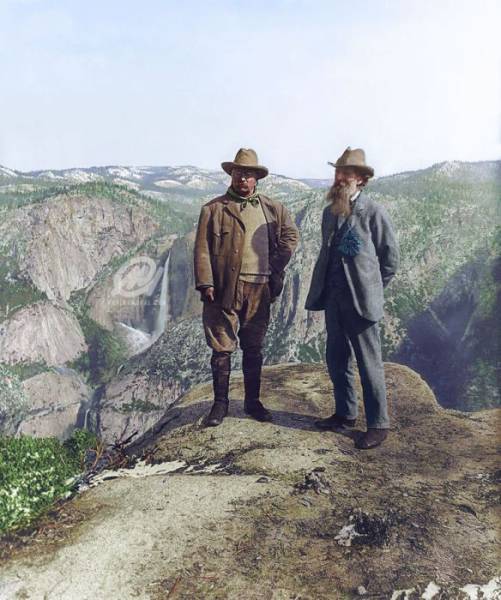 A victim of American bombing, ethnic Cambodian guerrilla Danh Son Huol is carried to an improvised operating room in a mangrove swamp on the Ca Mau Peninsula 1970 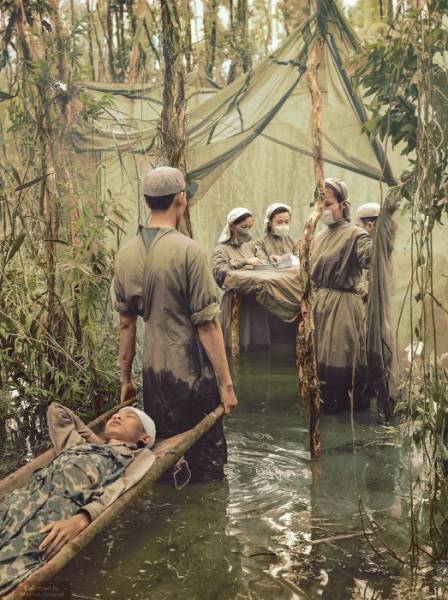 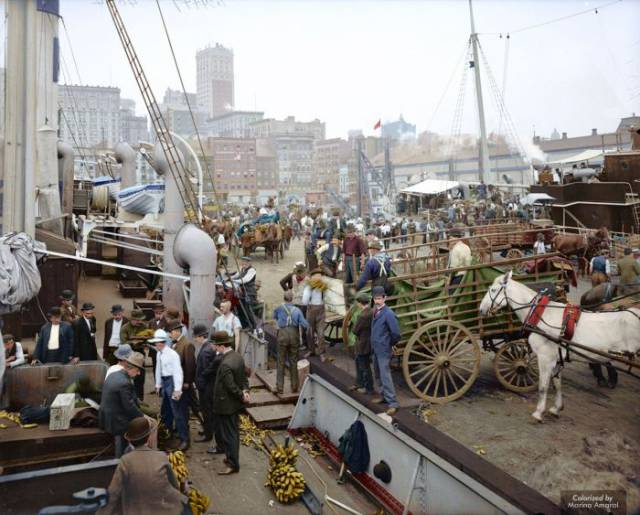 Old man during the Great Depression 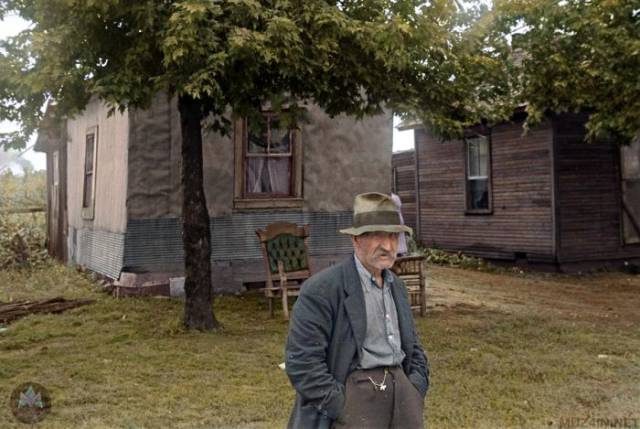 Two color guards and color bearers of the Japanese-American 100th Battalion, 442d Combat Team, stand at attention, while their citations are read. They are standing on ground in the Bruyères area, France, where many of their comrades fell. November 12 1944 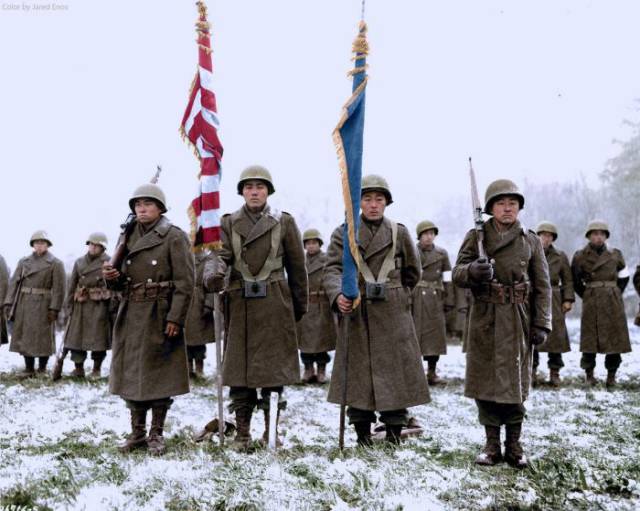 US Marines speed toward the beaches of Iwo Jima in LVTs, February 19, 1945. 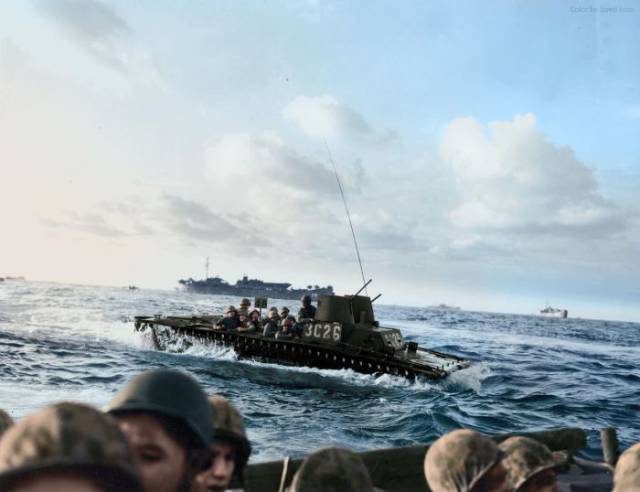 An unidentified American soldier, shot dead by a German sniper, clutches his rifle and hand grenade in March of 1945 in Koblenz, Germany 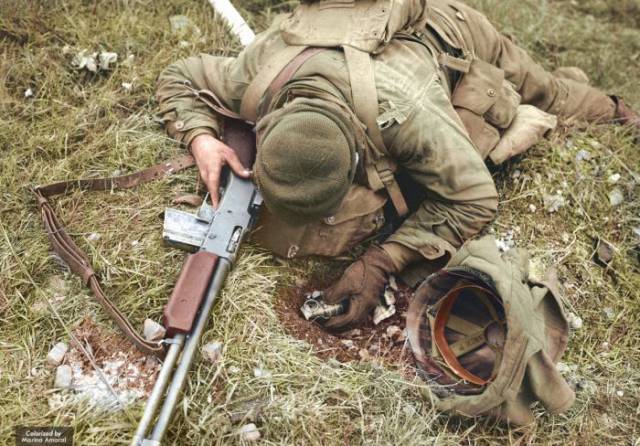 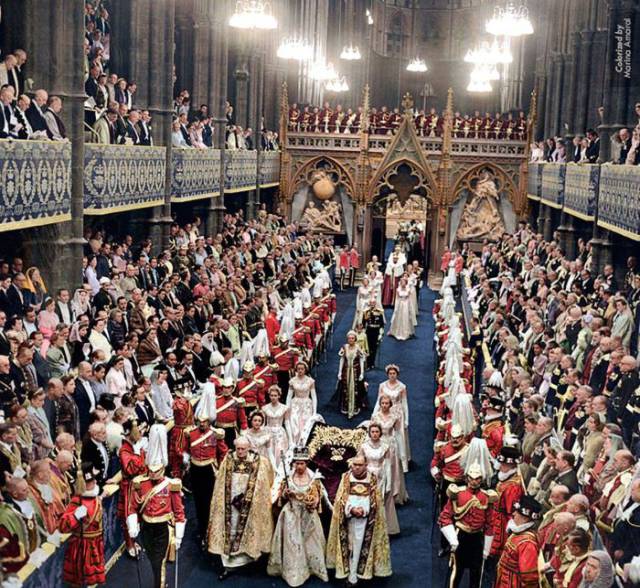 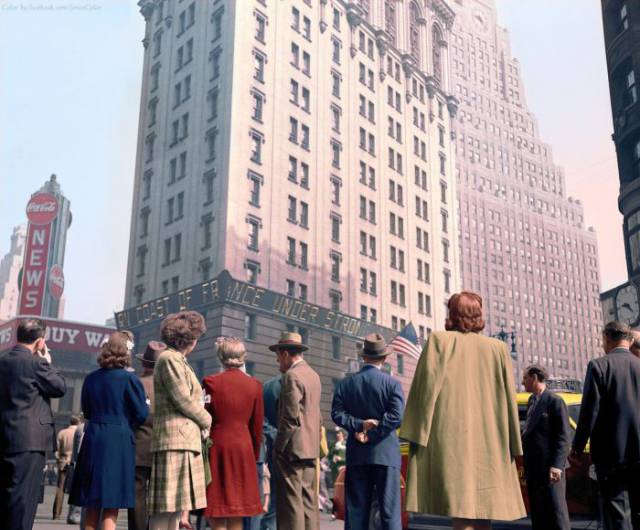 President John F. Kennedy in the Oval Office, shown in one of The Times’s most famous photographs, on Feb. 10, 1961 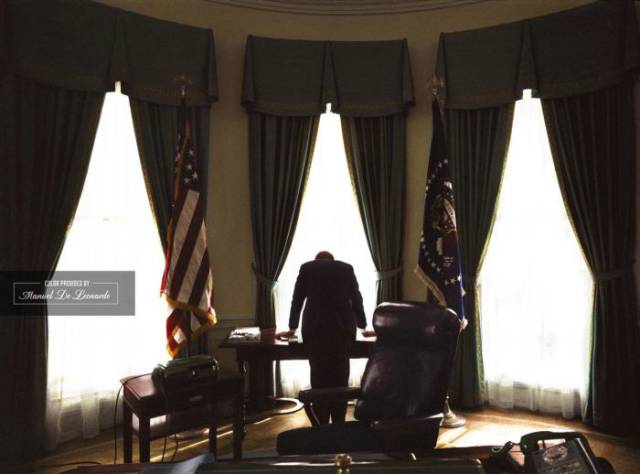 Captain Walter “Waddy” Young and his crew pose in front of their caricatures on their B-29 Superfortress , November 24, 1944 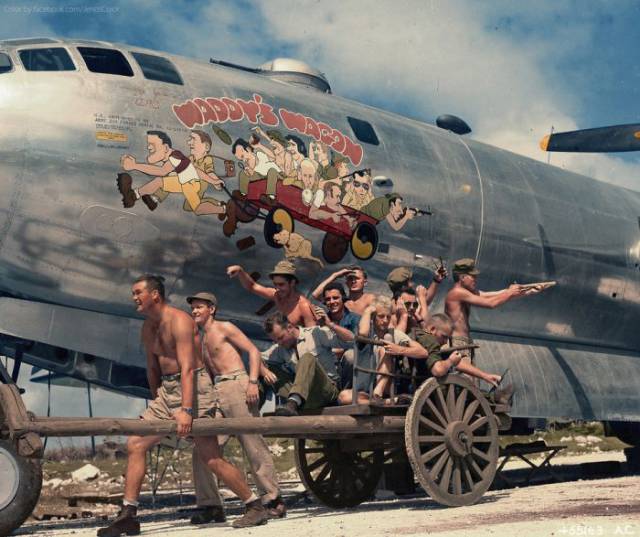 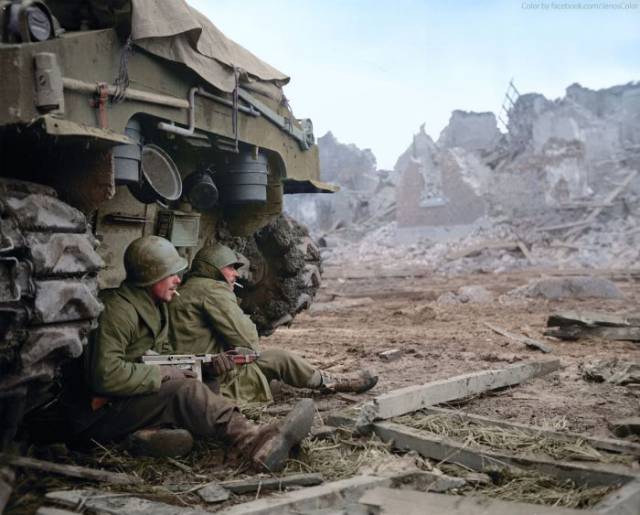 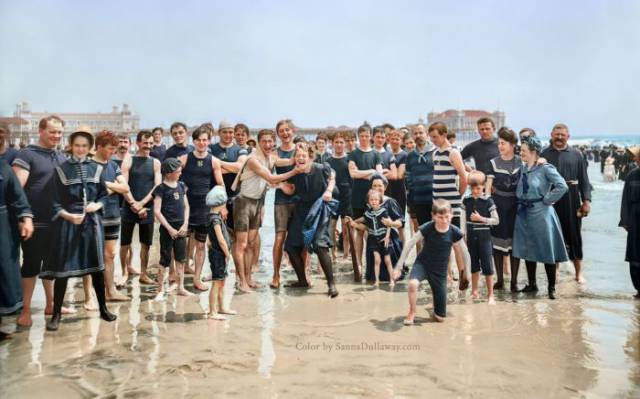 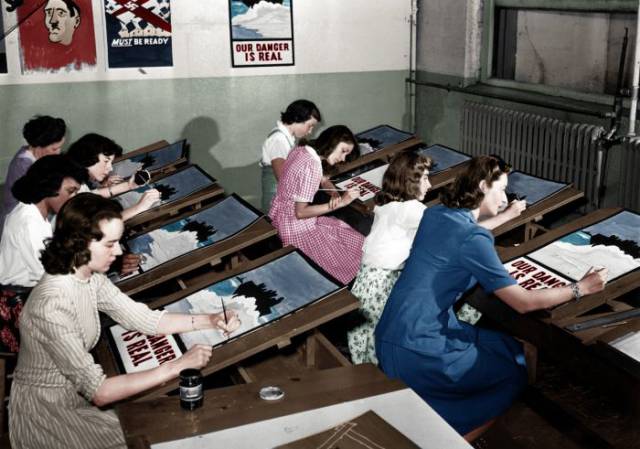 Lou Gehrig, July 4, 1939. "I may have had a tough break, but I have an awful lot to live for." Diagnosed with ALS, he would pass away two years later. 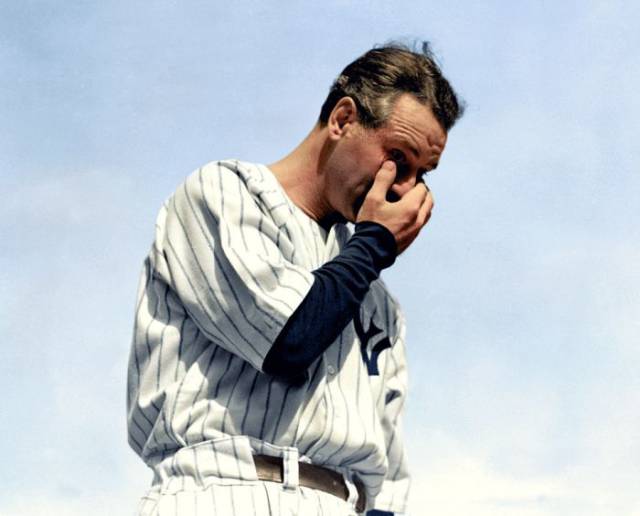 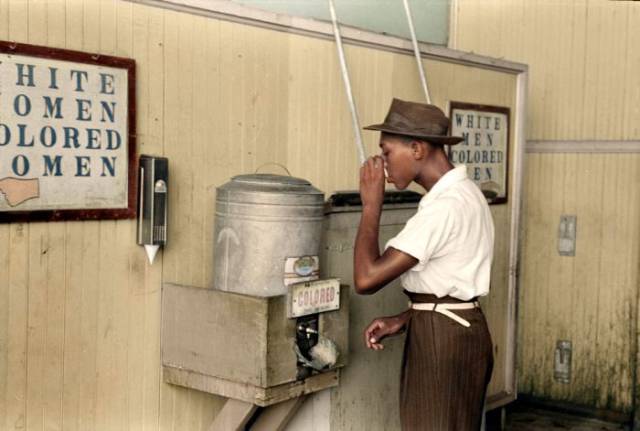