Claus Jørstad’s shower story went viral after he posted it on IKEA’s Facebook page about a little unfortunate accident that happened to him with their stool.

Claus bought a Marius stool from IKEA for his shower because of his knee injury. The stool design has holes in it and while he was sitting on it showering… one of his testicles got trapped in there. “You are Swedish, and I know that you don’t like direct descriptions of genitals,” Jørstad wrote on IKEA’s Facebook, “So I will call them the skipper and his sailors.” 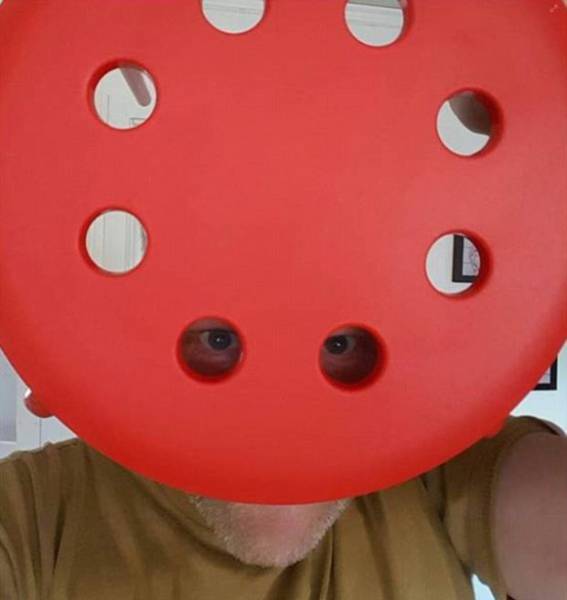 So, one of his sailors slipped through a hole in the stool, which was fine... at first. But then the heat from the shower caused the sailor to expand just enough to get trapped. Jørstad didn’t notice until he tried to stand. So he sat there, unable to move, but then, “The water turned cold by itself. So I started freezing. The water got cold. Even more cold than my mother-in-law’s smile when I married her daughter,” he wrote. 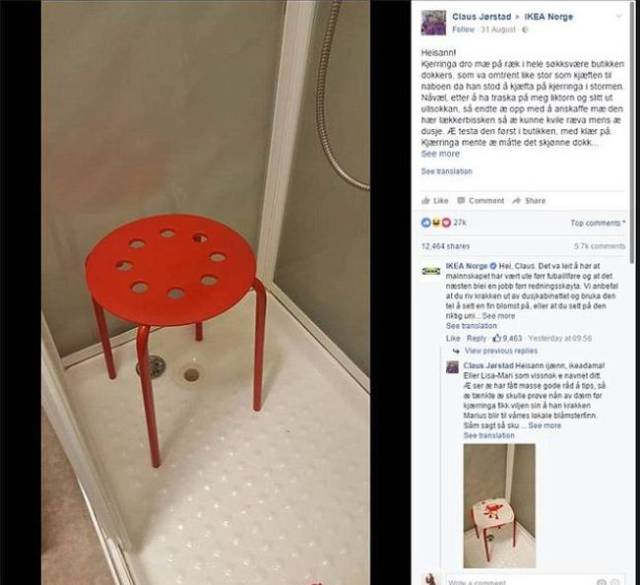 “In despair, I reached for the hairdryer to keep warm while pondering, and that’s when I realized the nut has got loose from the squirrel stool.” The cold water caused his sac to shrink enough to free him from the chair.

After his morning adventure, Claus decided to share this little story with IKEA. 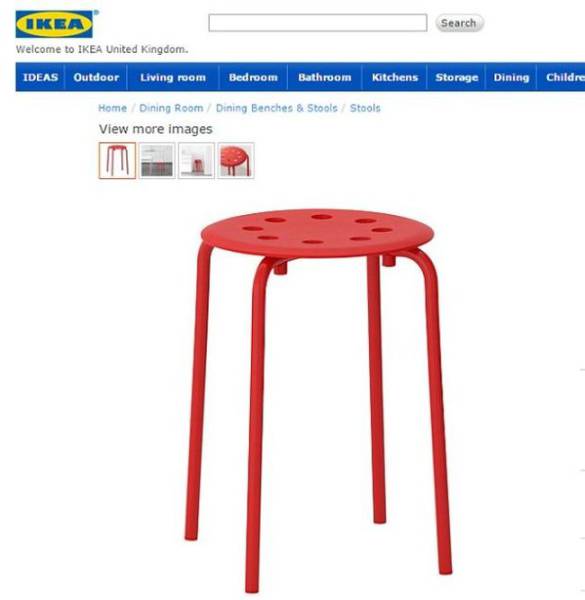 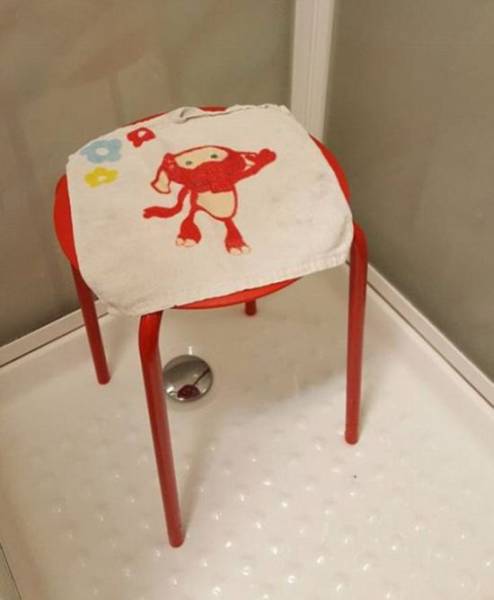