National Geographic holds Nature Photographer of the Year contest each year and all the photographers around the world are welcome to participate. This year’s contest will end on Nov. 4, at 12 p.m. EDT (U.S.), so if you have some nature-related pics to submit you are welcome to do it. 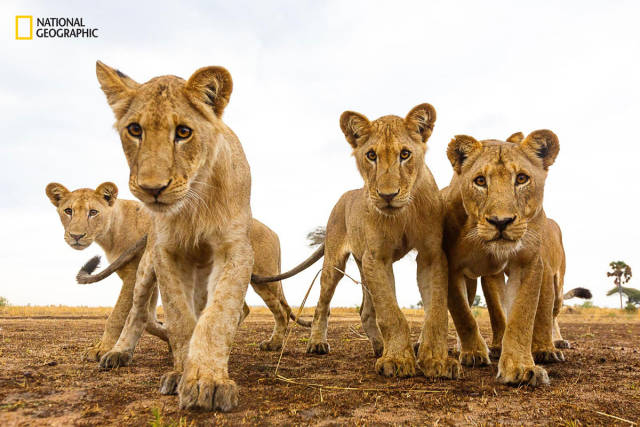 Using a wide-angle lens (16mm) on our remote-controlled camera buggy results in the background being smaller in shot and appearing further away. We fire the camera shutter using the same remote-control transmitter that we use to drive the buggy, allowing us a range of a couple of hundred meters although we rarely sit more than fifty metres away from camera. 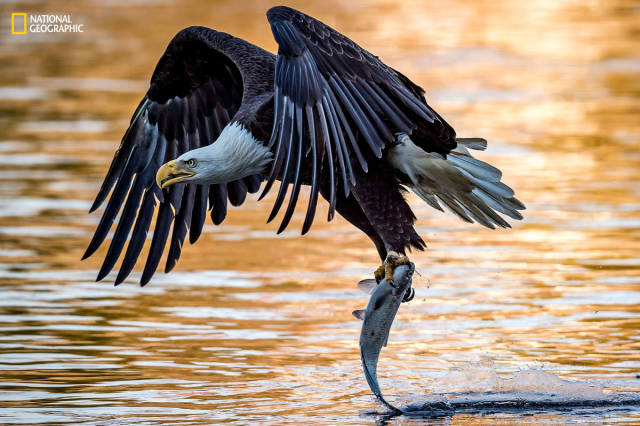 A mature bald eagle drags the tail of a fish across the surface of the water after picking it up out of the Susquehanna river. It was late in the day when the sun was setting casting an orange hue over the water. 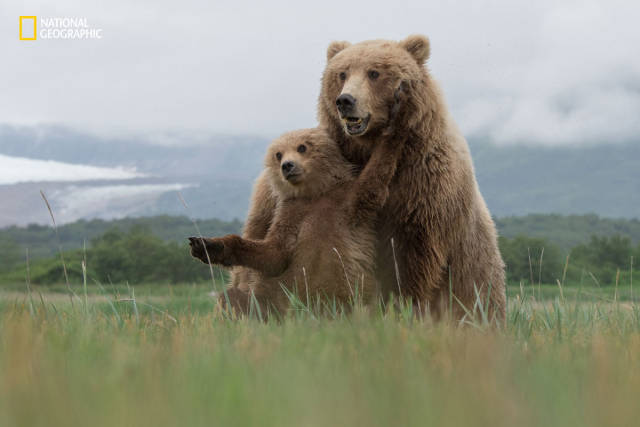 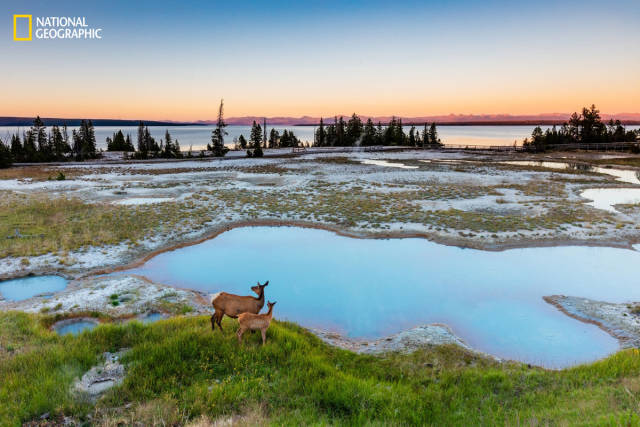 Yellowstone National Park, west thumb geyser basin, a perfect spot for picnic, and I mean not for human. 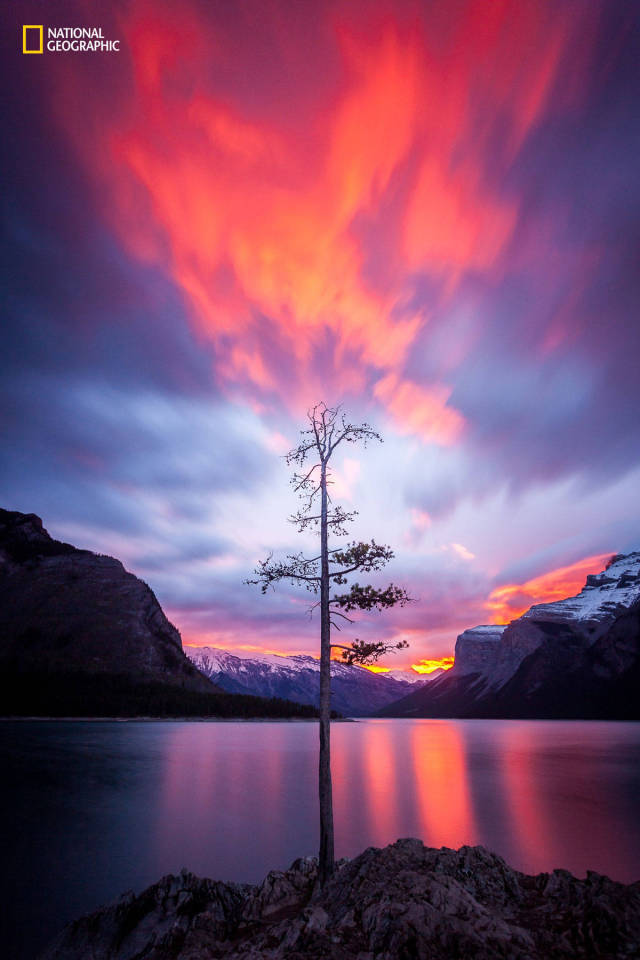 Unexpected light burst over the front ranges of the Rockies and ignited the clouds above Lake Minnewanka. The clouds rushed by, catching glimpses of the days first light before fading back in to darkness. A long exposure captured the fleeting light and the feeling of the experience, the colour disappearing within just minutes. 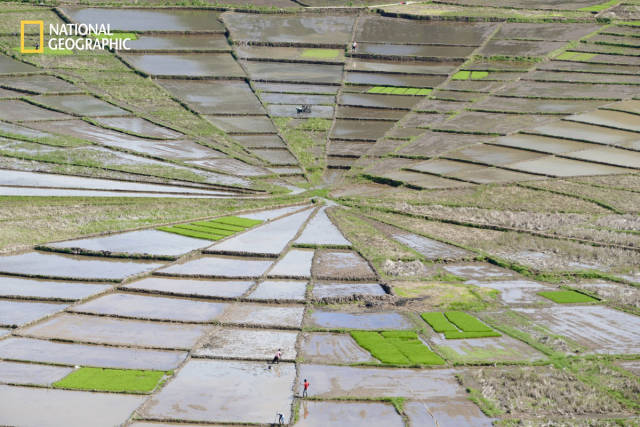 The Eye of a Gator 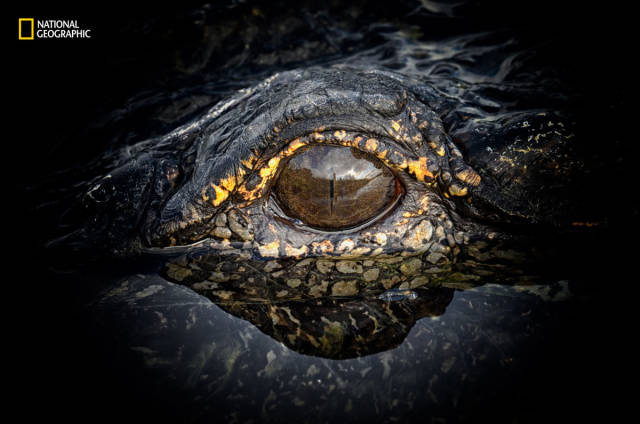 As I was sitting on the bank of the wetlands, watching a pair of anhingas prepare their nest, when one flew right down in front of me to fish. I quickly focused on her and out of the water came a wonderful fish brunch. 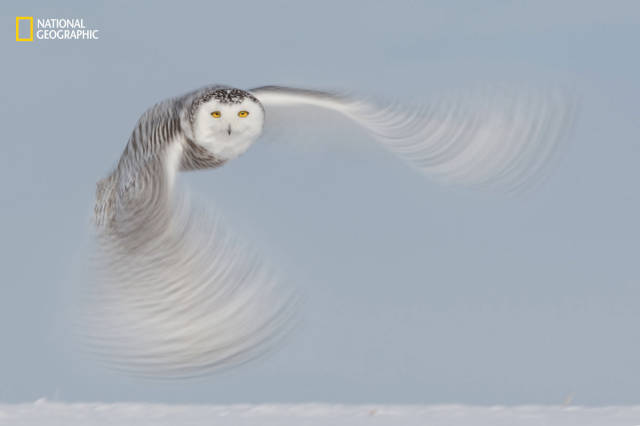 Snowy owls are among my favorite birds on the planet. Their elusive nature and elegant flight make them a crown jewel to photograph. Repetition and persistence proved to be the key with this image. Using a slow shutter speed of 1/50 to create this “wing blur” effect I took well over 1,000 unusable photos over three weeks in the field to make this one frame. In this case, the high risk came with a high reward. 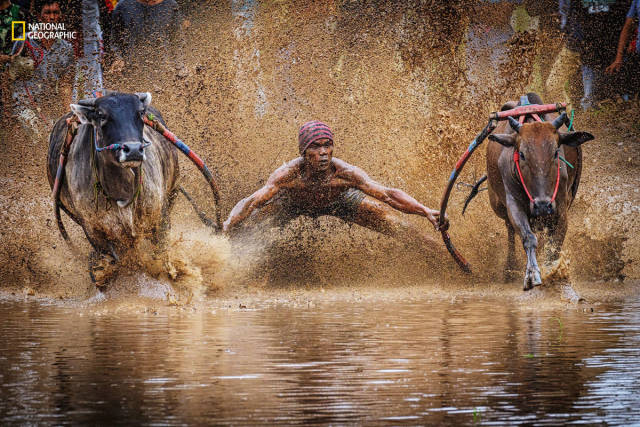 Pacu Jawi, or bull race, is held in Indonesia where bulls are coupled, with the jockey standing on the plow harnesses attached to each bull, running a short distance of about 100 feet. Whichever pair runs the fastest in a straight fashion fetches the highest price (as they are deemed the best workhorse in plowing the paddy fields for harvesting). 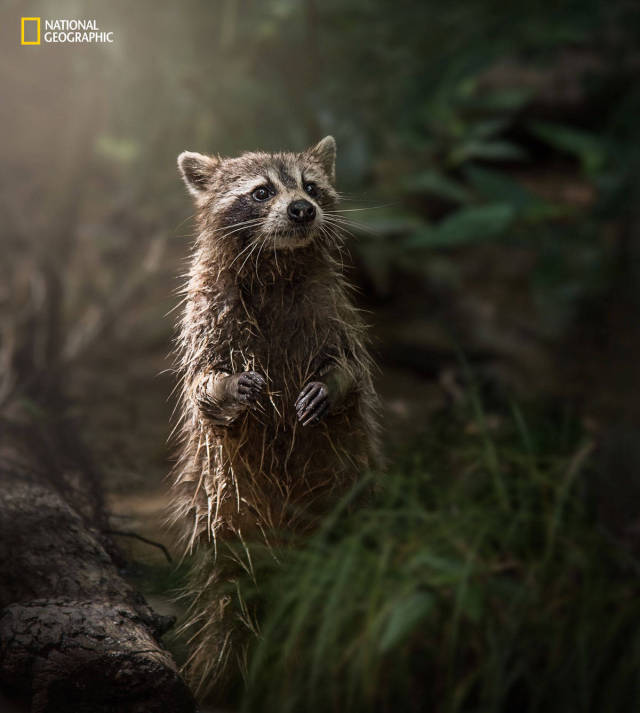 While looking for alligators at a swamp in Louisiana, this beautiful little creature wanders out of the murky waters right into the morning light, pausing just long enough to capture. 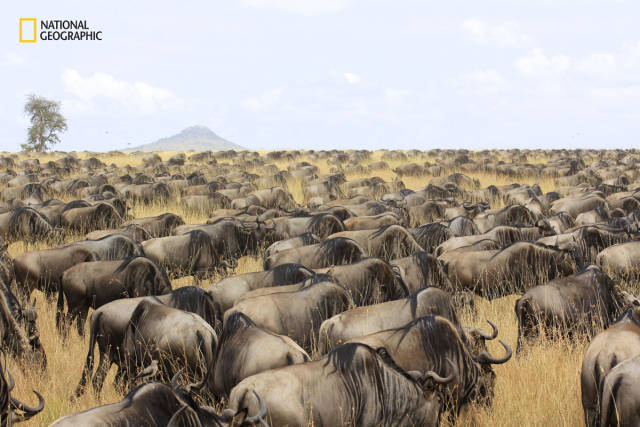 This is a photo of Wildebeest during migration in the Serengeti. 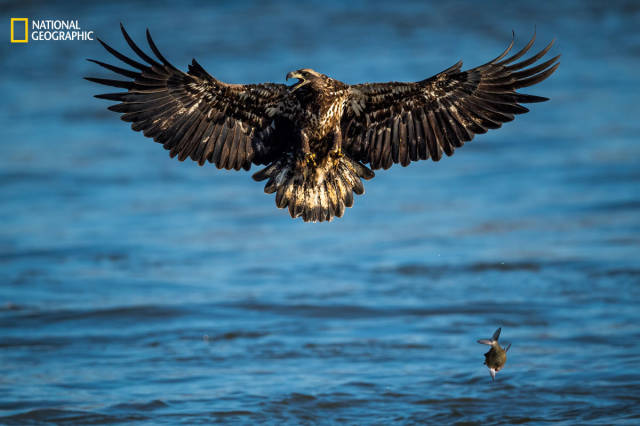 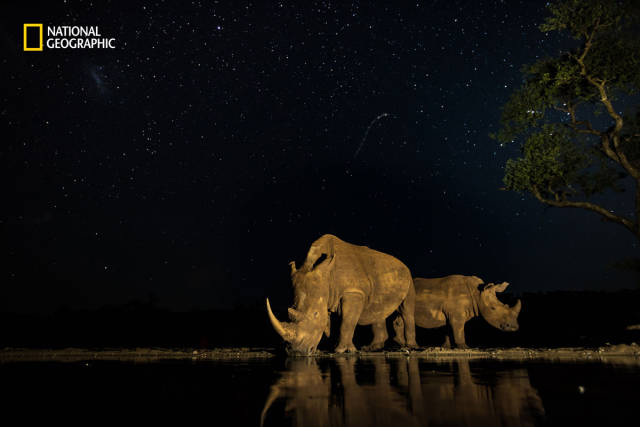 Two very precious endangered beasts gracing me with their presence under the stars in South Africa. So many of these rhino are now being dehorned to save them from poachers that this photographic moment is even more precious to me. A long exposure for the stars while light painting the rhino as they drank makes for an amazing moment captured 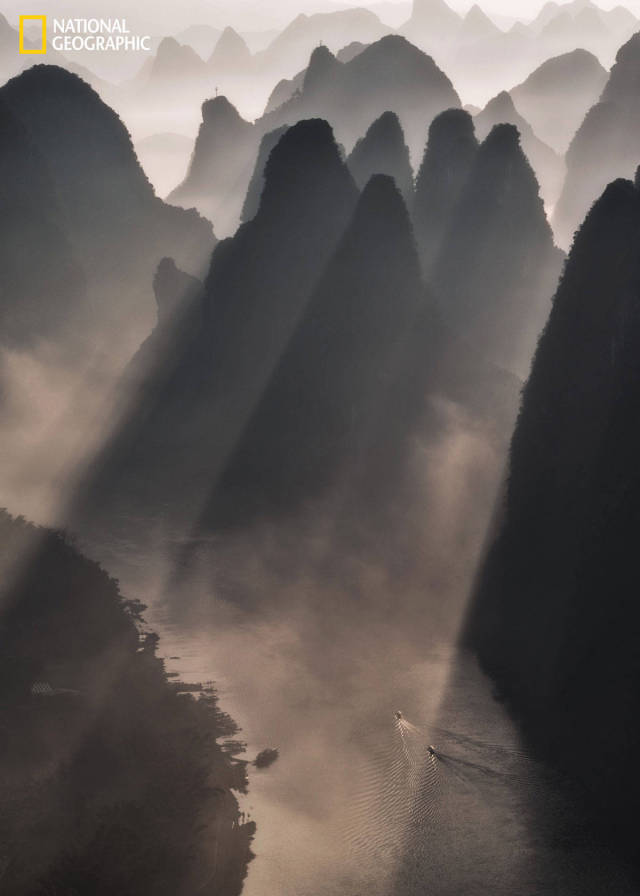 It was amazing to capture China’s beautiful mountains in such magnificent morning rays coming through. 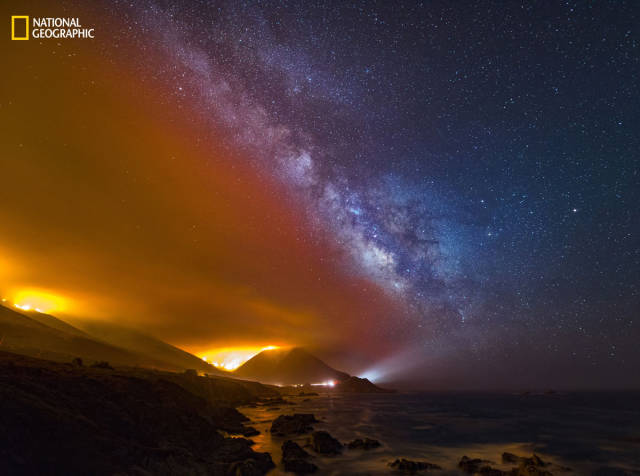 The Soberanes Fire, located south of Carmel and Point Lobos, started Friday morning 07/22/2016. By Saturday night, the fire covered the entire mountain. The sky was illuminated by the golden glow of the forest fire. I hiked down towards a cliff by the beach. Because the wind was blowing south and slightly east, the sky to the southwest was clear. I witnessed the most spectacular sight I have ever seen, the Milky Way glowed above the raging wildfire. Beauty rose beyond disaster.