The most amazing things in Star Wars movies are the small details, you just need to take a closer look. 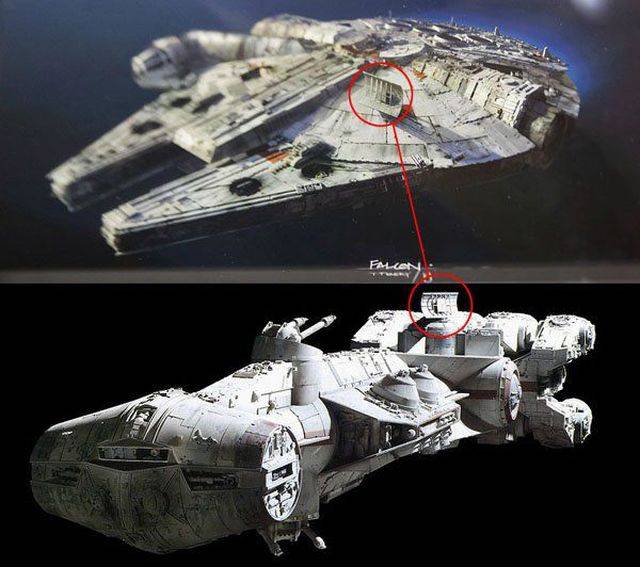 The Millennium Falcon has a rectangular antenna. That’s because it lost its original antenna in the Battle of Endor in Star Wars: Episode VI – Return of the Jedi (1983). J.J. Abrams rejected many different designs for the new radar dish before art director Kevin Jenkins came up with the idea to use the shape of the radar dish seen on the Blockade Runner in the original Star Wars: Episode IV – A New Hope (1977), a ship which design was originally created to be used as the Falcon. 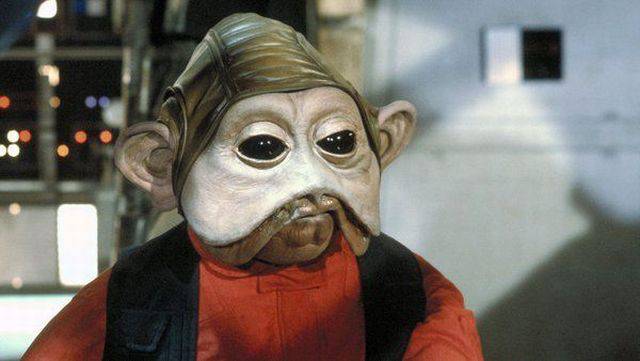 Nien Nunb, Lando’s co-pilot, speaks a Kenyan dialect called Haya. According to sound designer Ben Burtt, the lines were delivered by Kipsang Rotich, a Kenyan student living in the US, and are actually correct Hayan translations of the English text. Audiences in Kenya were reportedly very thrilled to hear their language spoken in proper context. 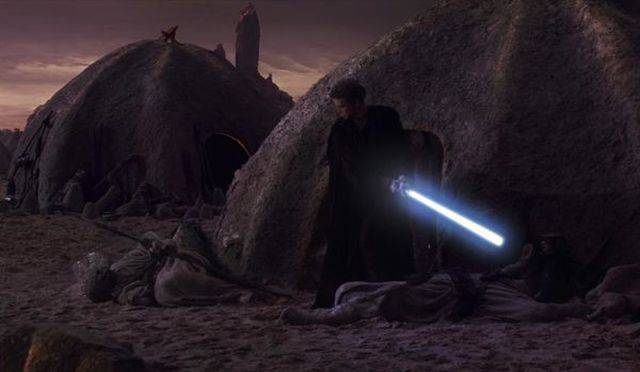 When Anakin is slaughtering the Tusken Raiders, Qui-Gon’s voice can be heard in the background. This is no accident. According to Star Wars canon, Qui-Gon’s Force-Ghost tried to stop Anakin’s rage, but failed.

The script explains that the reason Watto is always flying is that he is crippled. Look closely, and you can see that one foot is longer than the other. He also talks out of the side of his mouth because the broken tusk slurs his words.

In the opening sequence when the second Separatist ship is destroyed, a piece of debris flies into the Clone Star destroyer that shot it. That piece of debris is a Kitchen Sink. It was put in there by ILM as a joke from someone saying, “We’re throwing everything in the sequence but the kitchen sink.” 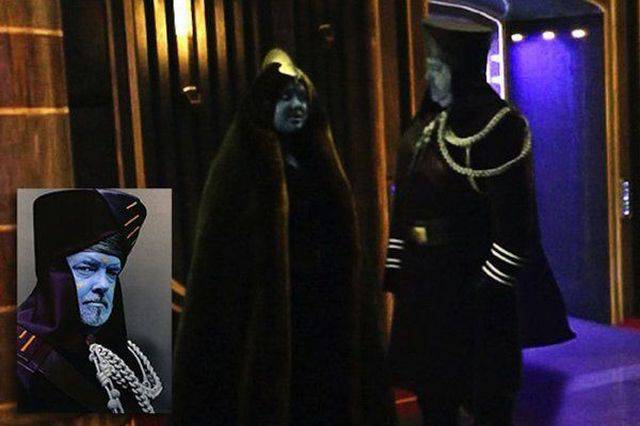 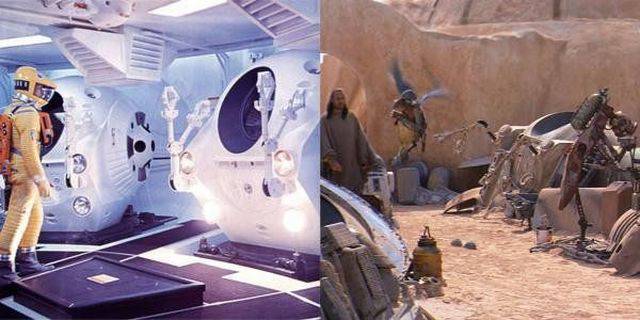 As Qui-Gon walks into Watto’s junkyard, you can see an old EVA Pod from 2001: A Space Odyssey. It’s the orb structure with the large round hole near the center of the image. 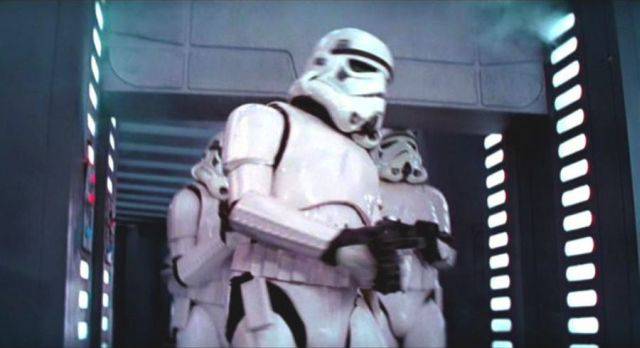 When the Stormtroopers enter the room where C-3PO and R2-D2 are hiding, one of the actors accidentally bumps his head on the doorway due to his limited visibility. When the special edition came out in 1997, a sound effect had been added to the scene to accompany the head bump. 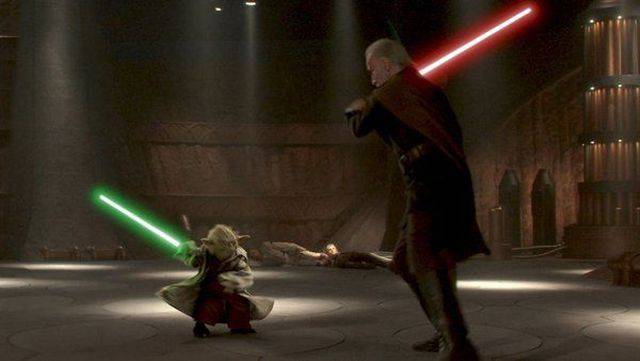 During rehearsals and filming of Count Dooku’s lightsaber battle scenes, a small model of Yoda was used as a reference point for Christopher Lee. The model however was slightly altered to have vampire fangs, to which Lee’s amused response was “I will not comment on that. I didn’t think you would do this to me, George!” The fangs were likely a joke at Lee’s expense for his performance as Count Dracula in Horror of Dracula (1958) and several other Hammer Studios horror films. 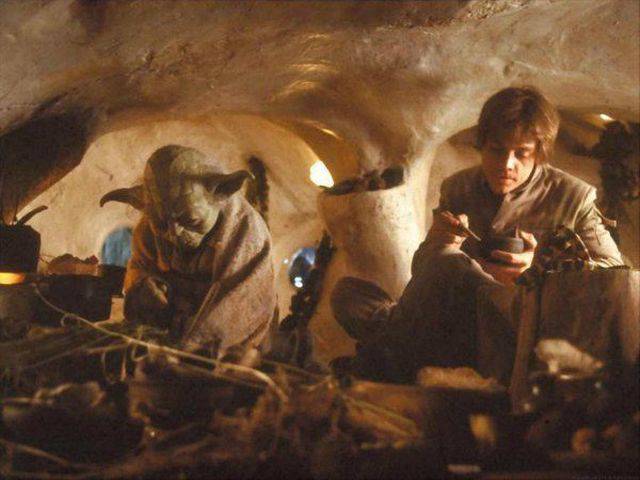 Mark Hamill had to bang his head 16 times on the ceiling of Yoda’s hut before Irvin Kershner was satisfied.

During the shot in which Salacius Crumb (the small, annoying, rat-like thing that sits with Jabba in his palace) is chewing off C-3PO’s eye, Anthony Daniels had a panic attack while in the C-3PO suit. While filming, he didn’t actually say his lines (all his lines were dubbed in post-production anyway), but repeated “Get me up. Get me up.” over and over. This take is the take used in the final film.

Stunt doubles were not used for the scene where Luke and Leia swing to safety. Carrie Fisher and Mark Hamill performed the stunt themselves, shooting it in just one take. 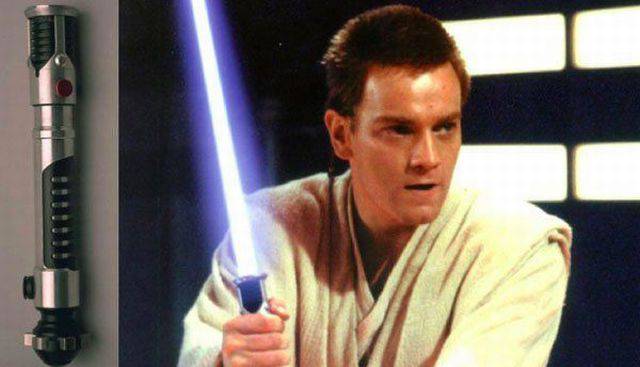 During filming Ewan McGregor made lightsaber noises as he dueled. It was noted and corrected during post production.

The lightsaber battles are choreographed to be distinctly different from the ones in the first and second trilogies. Rather than the flashy, Force-assisted moves in the prequels or the formalized, kendo-like movements of the original trilogy, the fights are staged to appear less rehearsed, and more brutal and realistic. According to John Boyega and others, this was a deliberate choice to reflect the characters’ inexperience with lightsabers as a weapon. Kylo appears to have had little experience in formal dueling and both Finn and Rey pick up lightsabers and use them with no training at all.