Famous and very talented tattoo artist Scott Campbell from Brooklyn, New York offers people free tats. But there’s a catch. They should trust him enough to put their arm in a hole and let him ink whatever he wants and they are not allowed to see it until after he was done. He named his project “Whole Glory.” Campbell has also tattooed celebrities like Orlando Bloom, Josh Hartnett, and Penélope Cruz. So, it can be more reassuring for people to trust him and believe that he’ll ink something awesome.What do you think about his work? 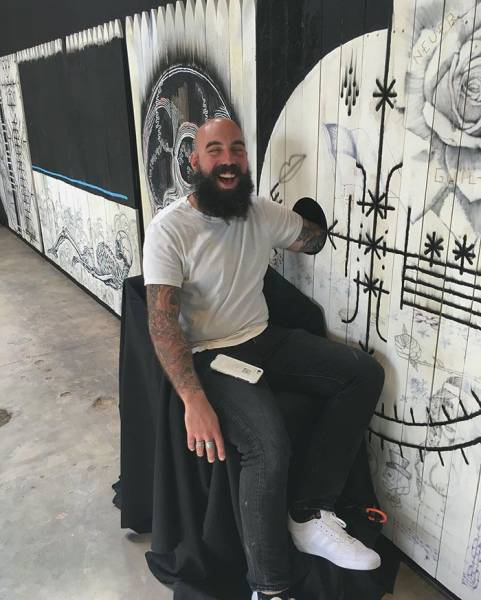