Marlon Brando’s performance (and real mental state) in the film is legendary and the enigmatic actor’s behaviour on set was nothing short of bizarre.

Issues arose even before filming began, with Brando turning up to set weighing almost 300 pounds, a far cry from Coppola’s vision of Kurtz as a incredibly fit and powerful Green Beret, leading to him being shot mainly in the shadows.

To compound the problem, he hadn’t even read the source material, let alone the script, and demanded that Kurtz name be changed to the more English sounding ‘Leighely’ (although Brando relented, in the final cut it is fairly noticeable in some early scenes that “Kurtz’ has been dubbed in over ‘Leighley’). 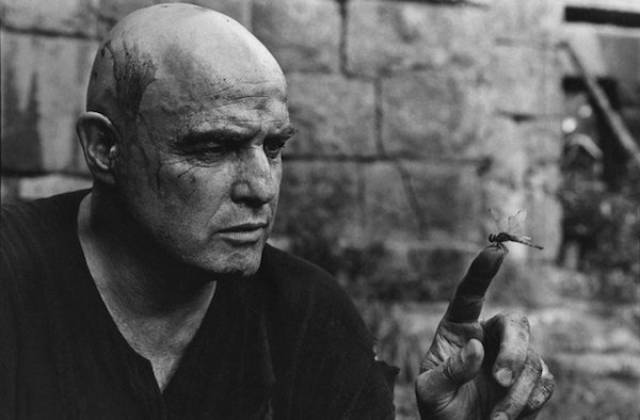