Can You Imagine Our World Without These Indispensable Inventions?! (25 pics)

We should be grateful these inventors were born so that their crucial inventions, which we take for granted, could facilitate our everyday lives.

Willis Carrier invented the modern Air Conditioning unit in 1902. In 1915, he founded Carrier Technologies, which is still running (and making air conditioners) today. 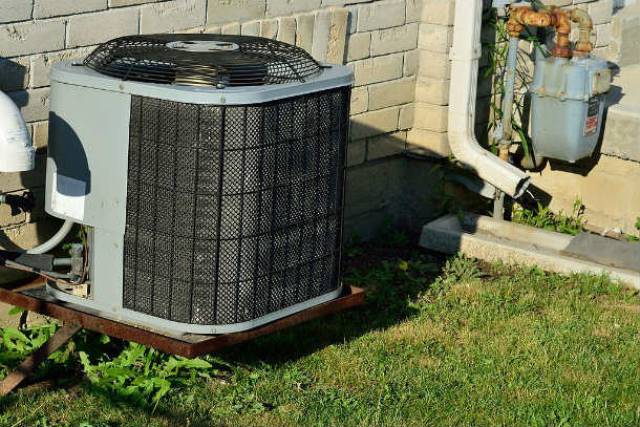 Buddy Bolden is credited as "The Man Who Invented Jazz." He combined blues, gospel, and improvisation into a new, loud sound starting around 1895. While it's arguable he "invented" jazz since you can't invent music, he definitely brought it to the forefront of popular music and made the trumpet, one of the main instruments of the genre. If you're saying, "But I don't listen to jazz!" remember that hip hop, funk, post progressive rock, psychedelic rock, R&B and even ska are all derivative forms of jazz. 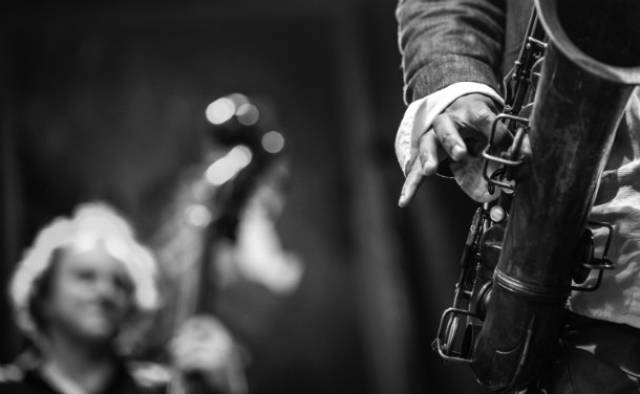 John Harrington (a Godson of Queen Elizabeth) invented the flushing toilet around 1596. It would take quite awhile for this idea to catch on, but we're all pretty grateful it did. 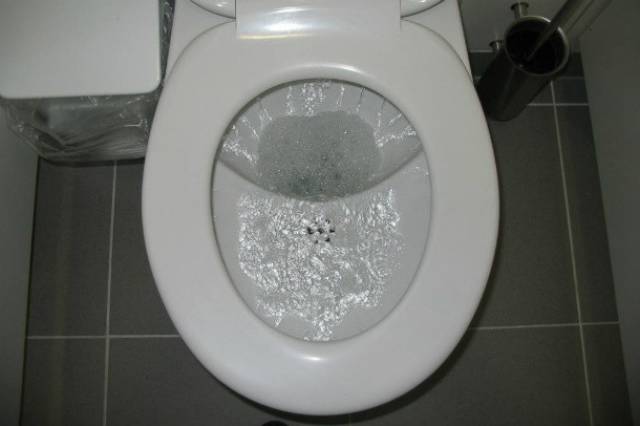 The microwave was invented in 1945 by a man named Percy Spencer, who never finished grammar school. He discovered the technology on accident while working developing microwave radar transmitters during WWII. The candy bar he kept in his pocket kept melting. 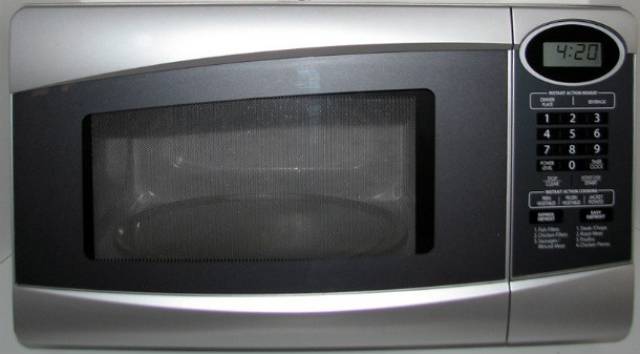 Sir Alexander Flemming discovered penicillin in 1928. He was awarded the Nobel Prize in medicine in 1945. It's almost impossible to tell how many lives his work has saved since then. Ever gotten sick and then you took antibiotics and didn't die? That's because of Flemming. 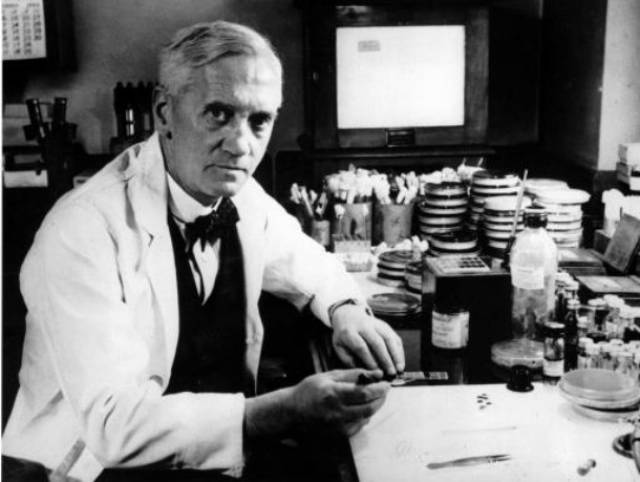 Benjamin Franklin invented the urinary catheter, the odometer, swim fins, and political cartoons, among other things. Most of us who drive cars or wear fitbits literally look at the modern descendants of his inventions daily, and while a urinary catheter isn't glamorous or fun, it's a vital part of modern healthcare. 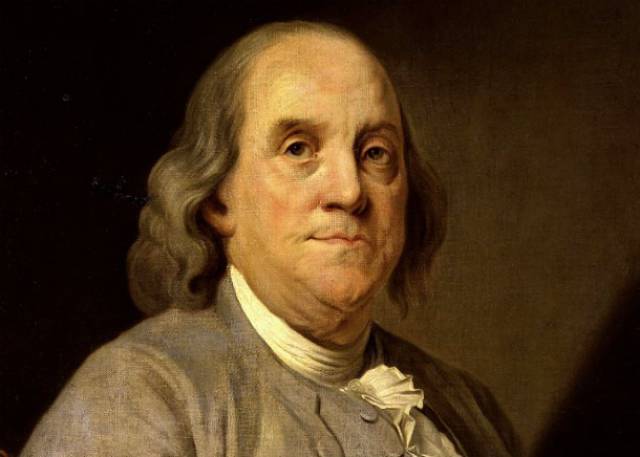 John Logie Baird was one of the inventors credited with the working mechanical television and demonstrated the first working set in 1926. He invented the color television picture tube and made the first color television broadcast in 1938. If you're reading this on a color screen, it's because of that guy. 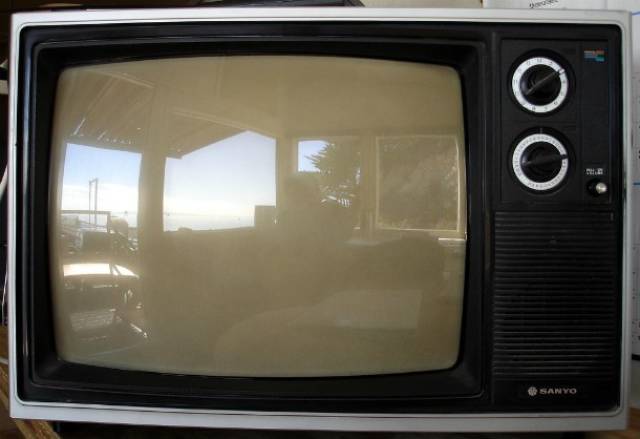 In December of 1903, Orville and Wilbur Wright made the first powered, sustained and controlled (non gliding) flights in Kitty Hawk, North Carolina. They would go on to build a more practical airplane close to what we have now two years later. 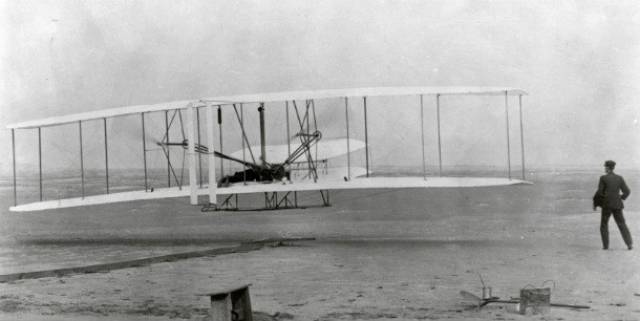 Alva J Fisher invented a drum style washing machine called "Thor" in 1907, and it was the first electric washer sold in the United States. He worked for the Hurley Washing Machine Co. in Chicago. Before that, washing machines were hand cranked. 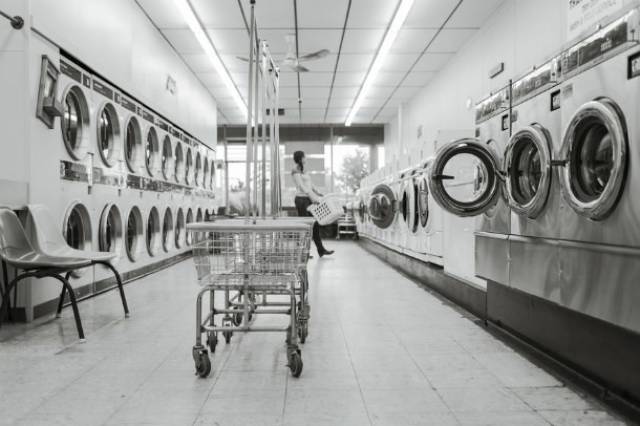 In 1929, a brilliant Italian man by the name of Attilio Calimani registered the first patent for the French Press coffee maker. Known throughout the world by various names, the french press is one of the most foolproof and portable coffee pot designs. No extra filter, no programming, no watching to make sure it doesn't boil. Grounds + almost boiling water, wait 4 minutes, press. 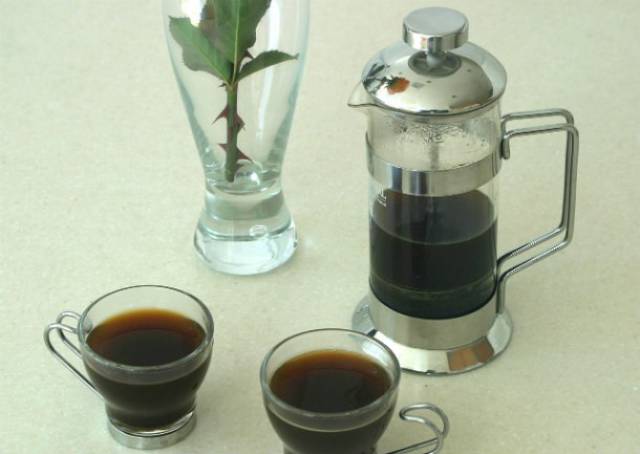 If it weren't for Alan Turing, the modern computer would not exist. He invented a code breaking machine during WWII known as the Bombe, which is considered by most to be the first general purpose computer. His paper titled "On Computable Numbers, with an application to the Entscheidungs problem" serves as the foundation for modern computing sciences. While he didn't invent the computer you're reading this list on, without him we wouldn't have modern computers. 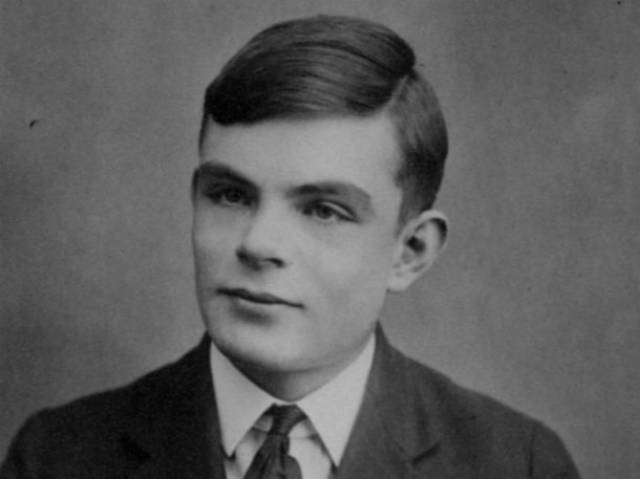 Henry Ford invented the 5-day, 40 hour work week and implemented it in 1926. He realized that his workers would be more efficient and driven if they had time to enjoy life while not at work and remember why they were working so hard. Perhaps not the noblest of reasons, but it did give us the five day work week. Prior to that, six 10-13 hour days a week were pretty much the norm. 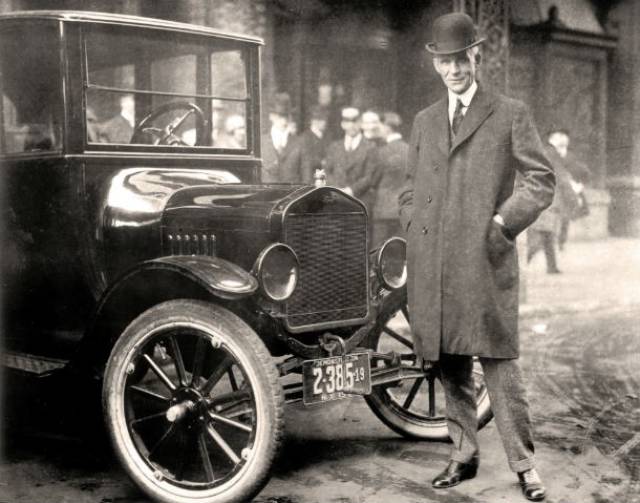 The very first car seats for children in the 1950's were not for safety, but rather so the child could see out the window and the parents could see the child. However in 1962, a man named Jean Ames invented a rear facing car seat for children with a Y shaped strap similar to what we have now. Rear facing child seats have saved countless lives in the US alone. 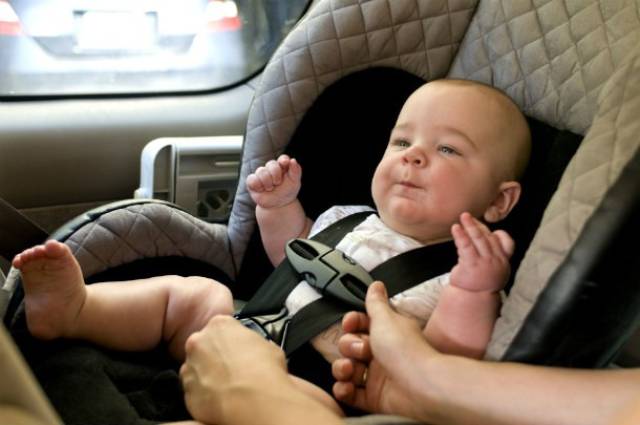 Asa Candler created the first known coupon for the Coca Cola company in 1887. It entitled bearers to one free glass of Coke and is credited with helping take the product from a little known tonic to the most popular soft drink in the world. Now we use coupons for everything from food to airline flights, and they're often in digital format.

Joseph Gayetty introduced us to modern toilet paper in 1857. Before then people used a variety of things – wool, hemp, pottery shards (smooth ones!) their hand or special sticks. In some parts of the world, water is still preferred over paper, but if you live in the US, it's likely you use Gayetty's invention on a daily basis. 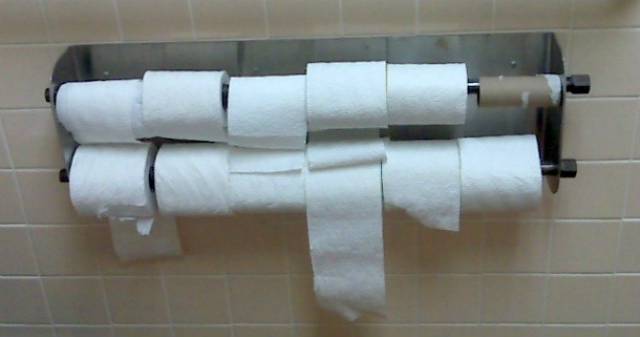 Johannes Gutenberg invented the printing press in the mid-15th century. This invention was monumental in bringing literacy to the masses as it was now easier to mass produce books and newspapers. 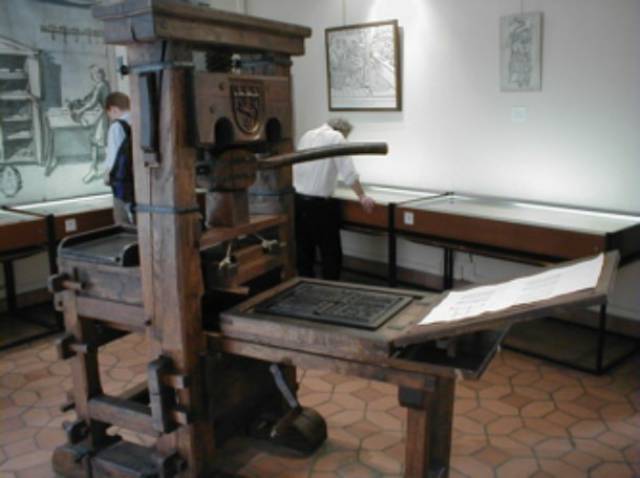 Disposable Diapers were invented by a woman named Marion Donovan in the early 1950's. However, no manufactures thought her invention had any merit and was in fact, impractical. It wasn't until 1961 that Marion found someone who believed in her vision and Pampers were created. 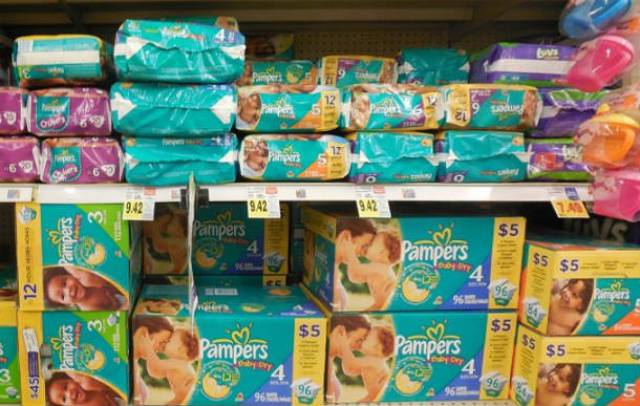 Hook and Loop fastening tape – also known as Velcro – was invented by a Swiss man named George de Mesteral in 1948. After coming home from a hike with his dog, he noticed how the burrs stuck to his clothes and wondered if the same principles could be applied to industrial fasteners. 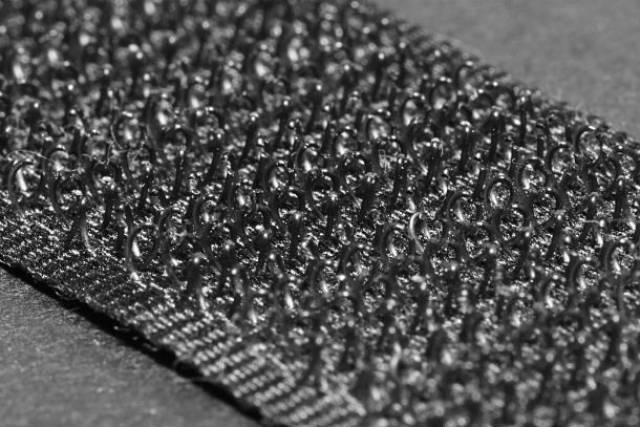 In 1800, Alessandro Volta published details of his invention, the battery. His early version was made by piling up layers of silver, cloth soaked in salt, and zinc. These sets were then piled up until desired voltage was reached. This is what eventually led to the modern copper top battery in your TV remote. 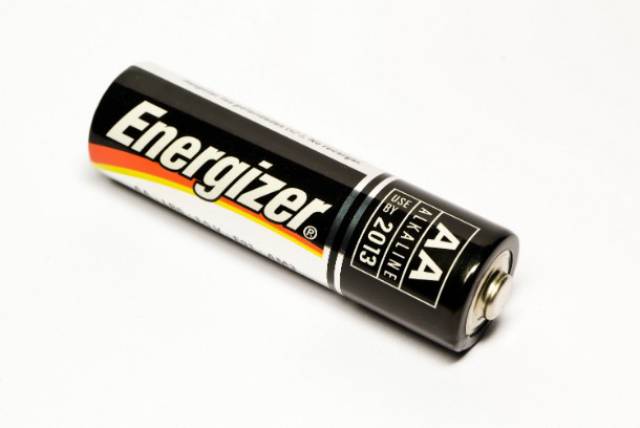 Ralph H Baer was the first to have the idea of a game that could be played on a TV screen. While most of us think Atari is the first Video Game console, the Odyssey – Baer's console – beat it to shelves by a few months, and when Baer and Maganavox sued Atari for copyright infringement, they won. 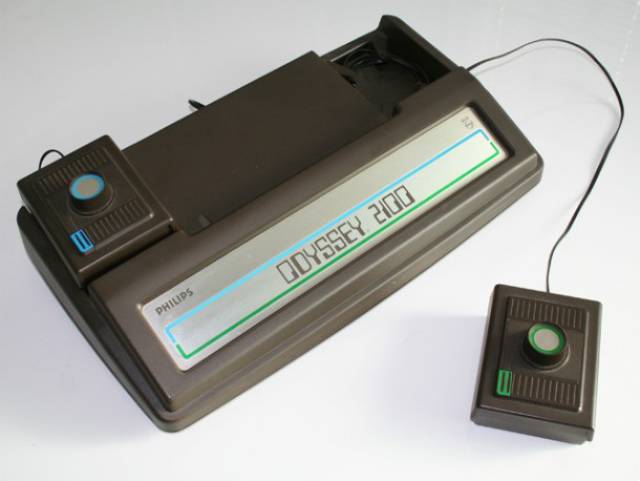 Mary Anderson was granted a patent for her invention of windshield wipers in 1903 after noticing that street car drivers in New York had to open their car windows when it rained so they could see. By 1916, windshield wipers were standard on vehicles. 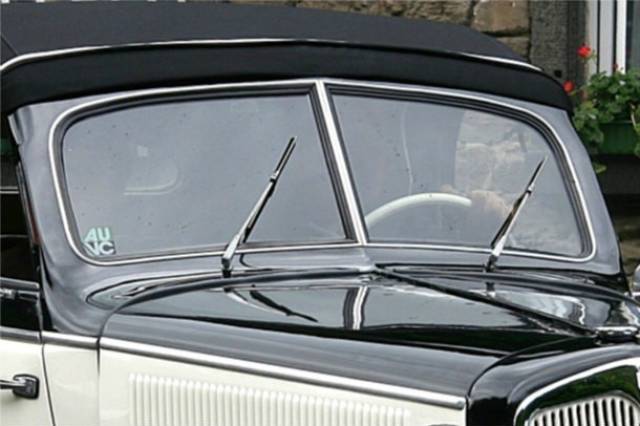 Geroge Crum invented the potato chip in 1853 as an attempt to teach an overly pick patron at his restaurant a lesson. When potatoes were sent back as too soft, he sliced them as thin as possible, fried them until crisp, then topped them with salt. 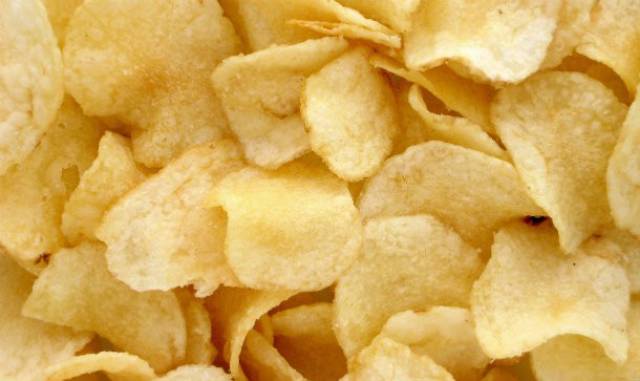 Nathaniel C Wyeth created a type of polyethylene that could withstand pressure from carbonated liquids that was lighter than glass and nearly unbreakable. While the plastic soda bottle may not seem to some like a huge, groundbreaking invention, when was the last time your hand touched a plastic bottle of soda, water, or juice? Wyeth made that kind of packaging possible. 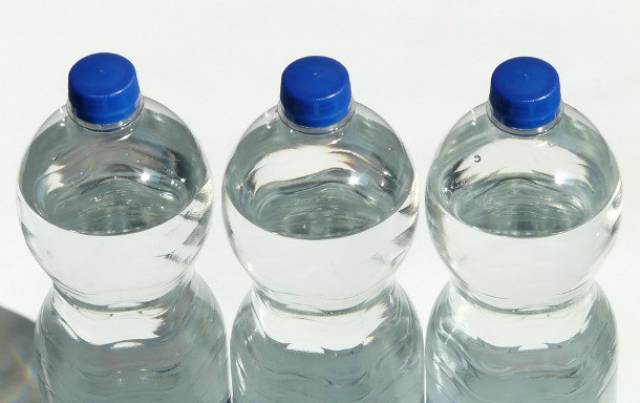 The chemist Eugene Schueller was both the founder of the L'Oreal company and the inventor of the modern sunscreen, which was released in 1936. Though there are also some who credit Milton Blake, an Australian chemist, with producing the first sunburn cream in his kitchen in the early 1930's. Either way, one of these gents is to thank for a lot of us having a lot less skin cancer than we would otherwise. 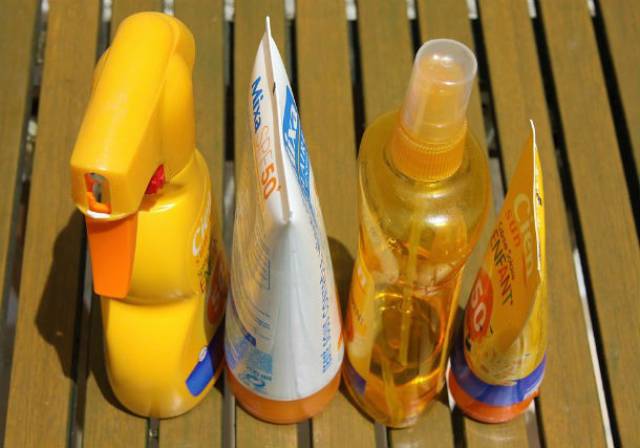 Nikola Tesla invented The Tesla Coil, X-rays, Radio, The Remote Control, The Laser, The Electric Motor (that's why the cars are named after him), Wireless Communications, and the Alternating Current. He and Edison were bitter rivals, with Edison stealing much from Tesla, as Edison was a far more savvy businessman. Tesla is oft quoted as saying, "I don't care that they stole my idea, I care that they don't have any of their own!" 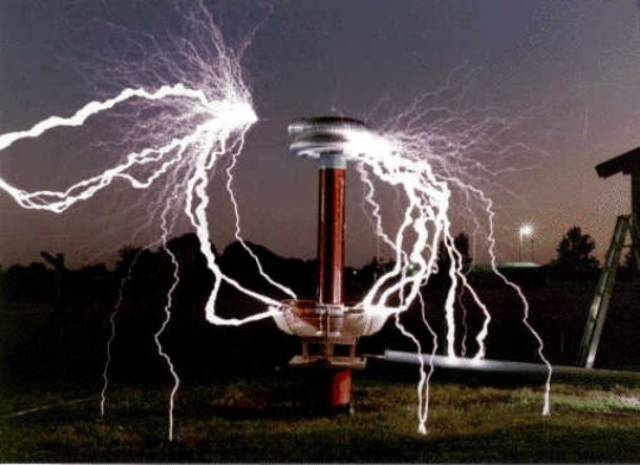 JustinCase 4 year s ago
#19 - Lol, "Copper Top" is Duracell trademark and the picture is of an "Energizer" brand battery.
.
Reply