Sara Nainzadeh built a hidden room behind a bookcase when renovating her apartment that she bought in 2009. There is even a book-switch that activates the bookshelf door. 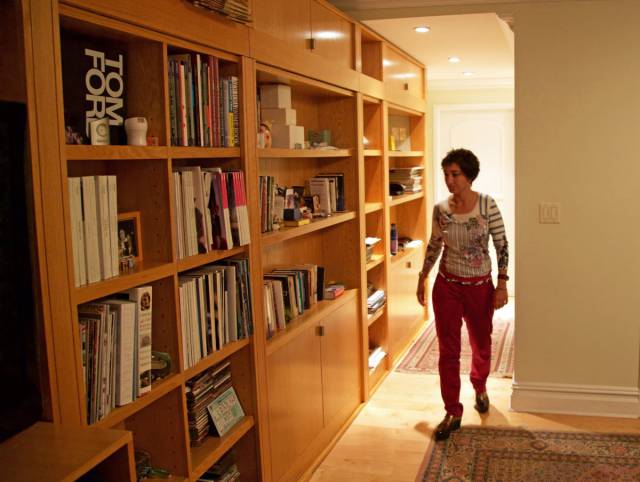 They built it in their own workshop in Arizona. It's custom made to fit her apartment, and was installed by their own team. 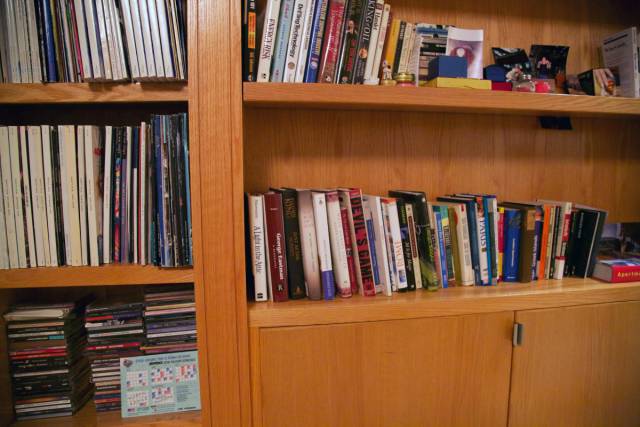 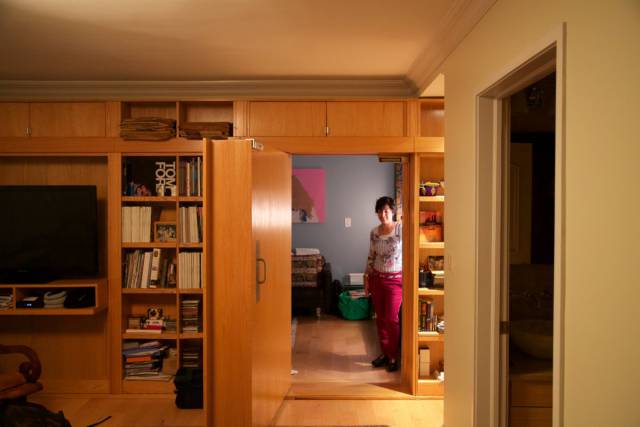 She uses it for work. The inside is a pretty normal office space. 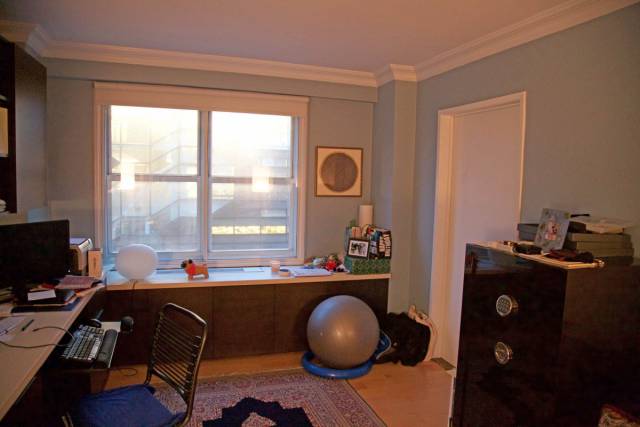 And it's for hanging out. There's a couch, and one wall is covered in the wallpaper she grew up with. 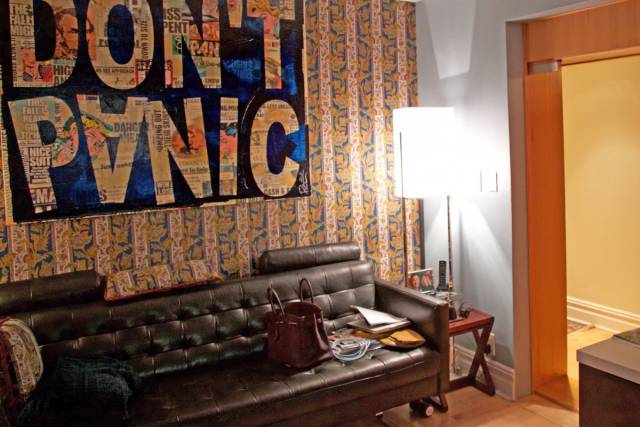 She keeps a portrait of her dog, Fellini.
7 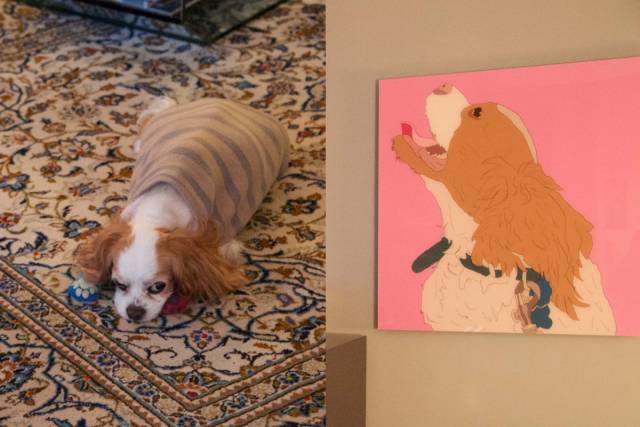 If she wants to get out from inside, she has to press this button on the door. 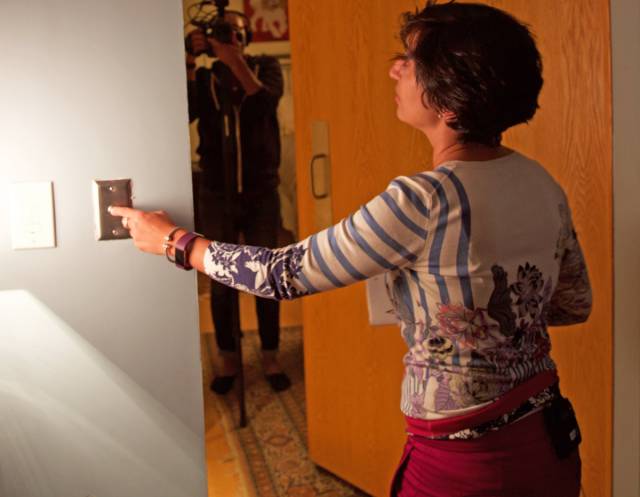 But there's also another exit. 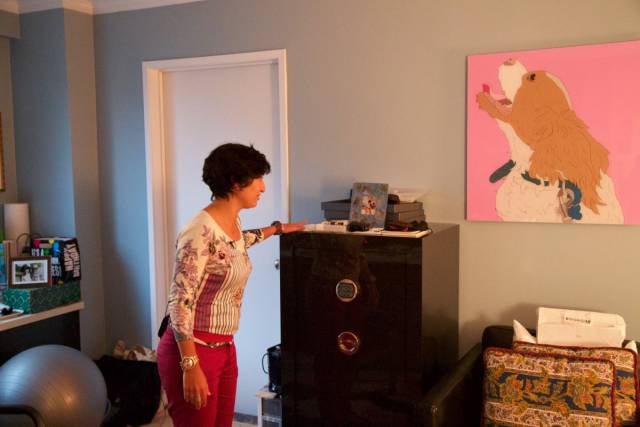 It leads to a small bathroom with a washer and dryer. 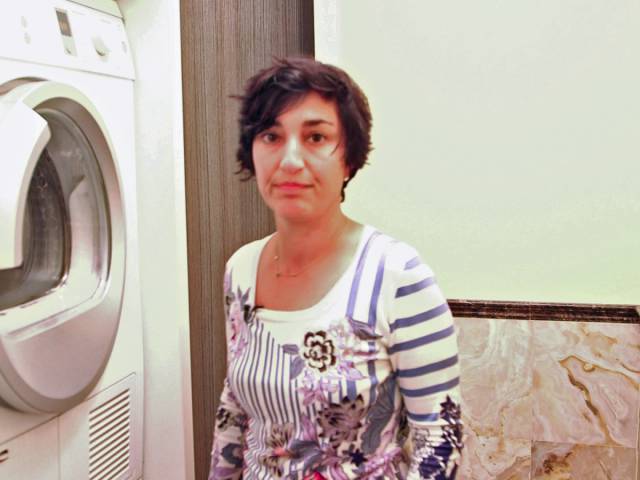 From there, she can go back to her living room. 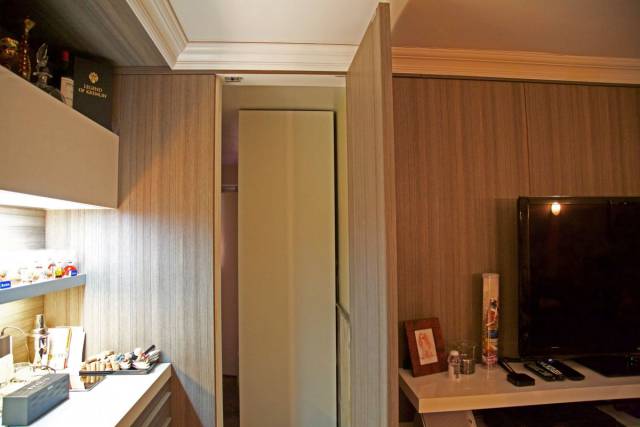 When the living room door is closed, it looks like just another wooden panel in the wall. Nainzadeh can't get back in that way — she has to go back to the bookshelf in her bedroom. 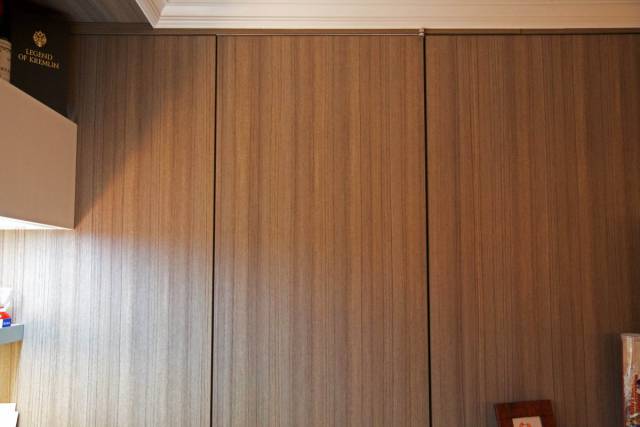 To open the bookcase door, you have to tilt "A Light in the Attic" by Shel Silverstein. 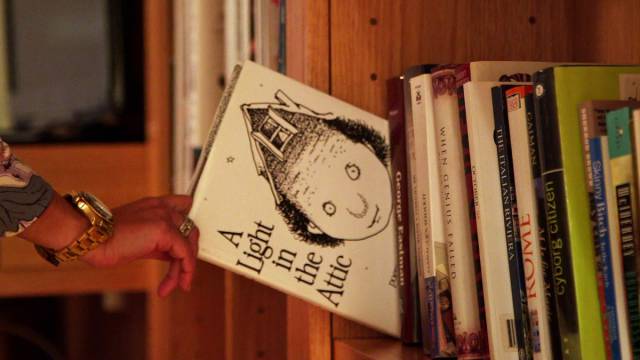 "I thought it was ironic," Nainzadeh said. "A light in the attic. It’s like a secret room. You can’t really see that there’s a secret light behind it, or a room there." 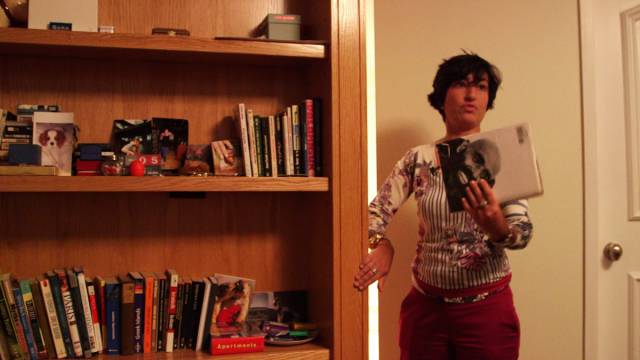 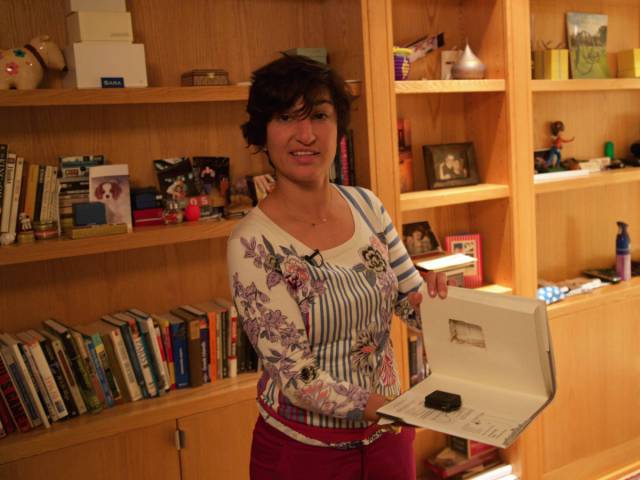 The sensor tells a magnet behind the bookshelf to unlatch, swinging it open. 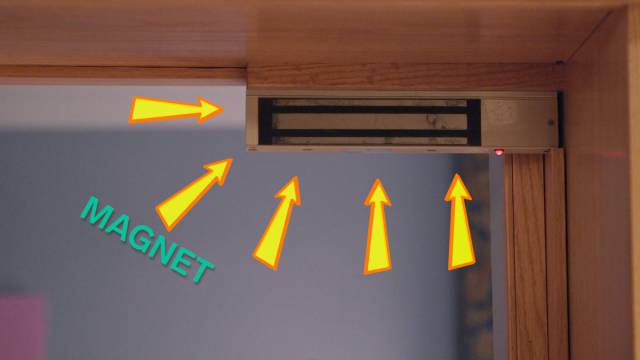 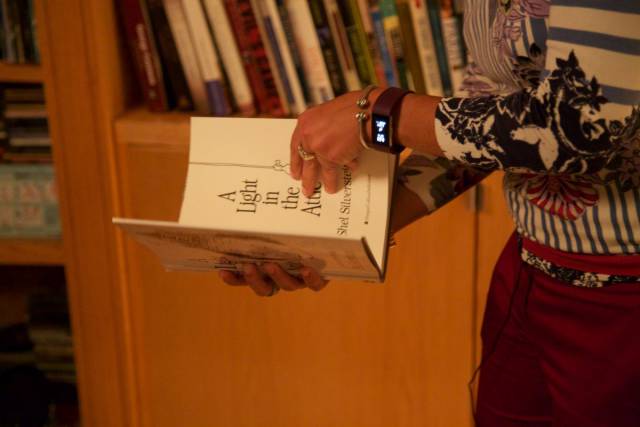 Living with a secret door poses unique problems. Only Creative Home Engineering can do repairs. But they're very responsive. 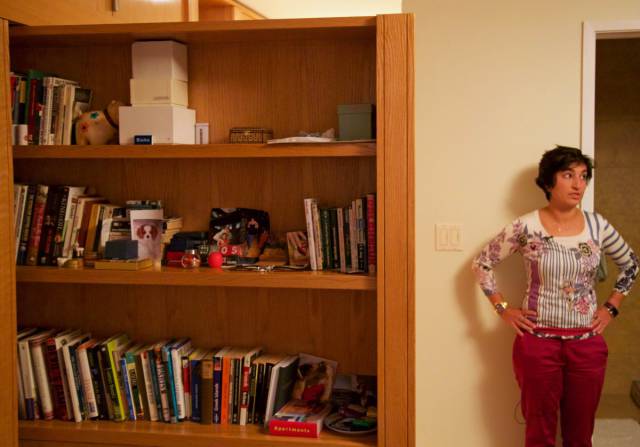 “When my housekeeper comes, sometimes I’ll leave one of the doors open so she knows how to get in there," Nainzadeh said. 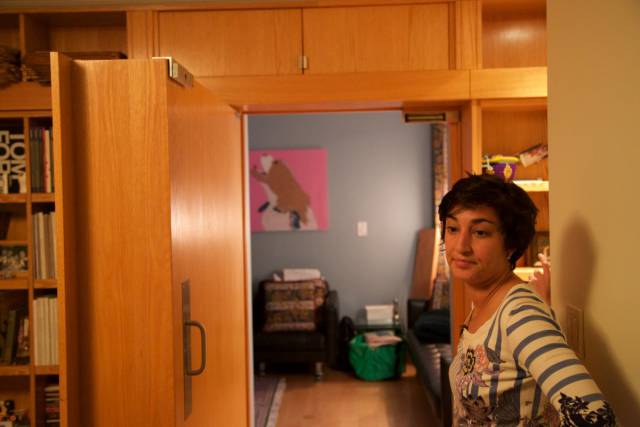 Because it's made of wood, the door expands and contracts depending on the temperature. It can get stuck. 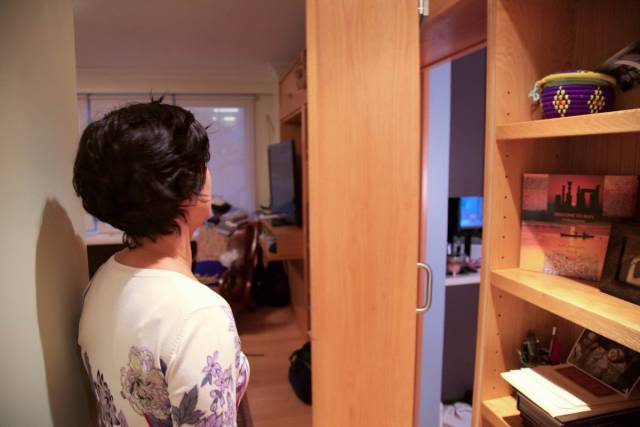 To fix that, she can take some books off. There's also a clever bolt hidden underneath the bookcase. Wrenching it pulls the door closer or farther from its hinge, which can make it unstuck. 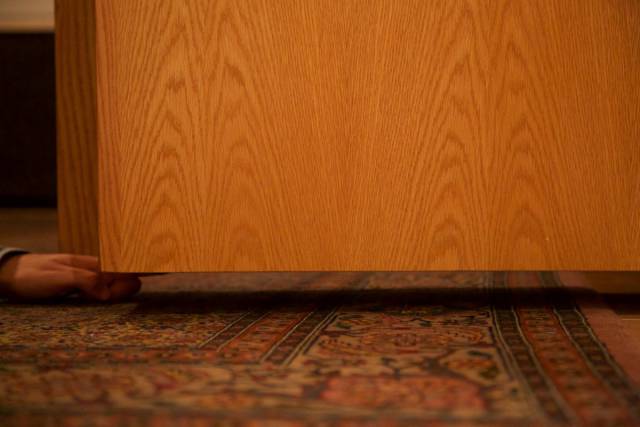 Nainzadeh loves showing the room off to her friends. “There’s a joke now that it’s not a secret room," she said. "Everyone knows about it. Cat’s out of the bag.” 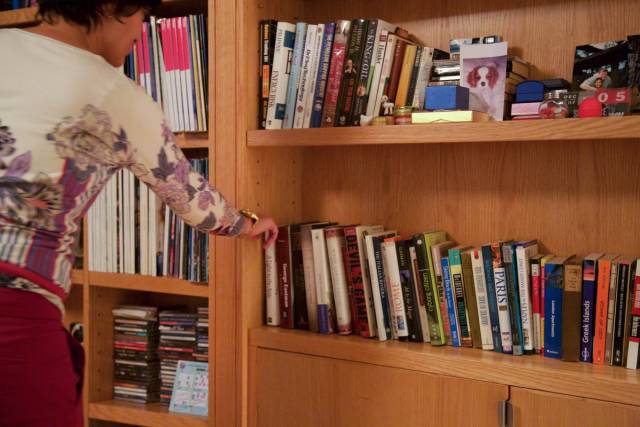 Because of her apartment's shape, Nainzadeh's visitors don't always realize there's a secret room just beyond the closet. 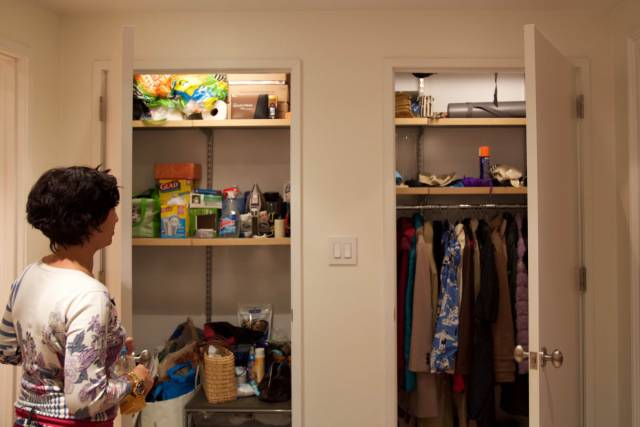 “If I’m planning on getting a new place, I definitely would want to get another one," Nainzadeh said. "I love my secret room." 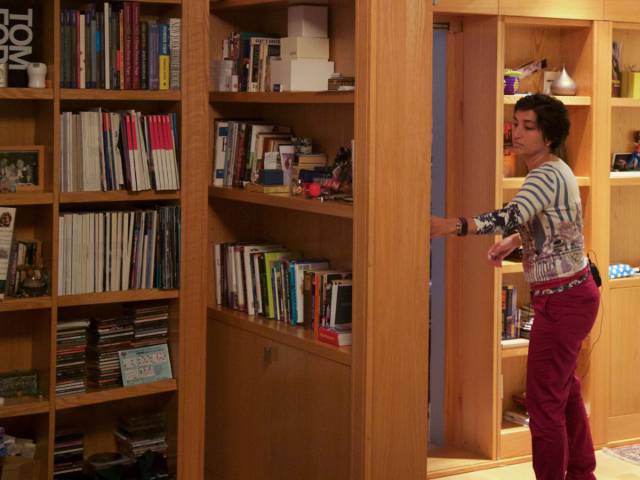