Kowloon Walled City was a densely populated, largely ungoverned settlement in Kowloon City, Hong Kong. By 1987, the Walled City contained 33,000 residents within its 2.6-hectare borders. From the 1950s to the 1970s, it was controlled by local Triads and had high rates of prostitution, gambling, and drug use.

Though Hong Kong had been under British rule for decades by the time construction began, a clause in an 1842 treaty meant China still owned the property that would become Kowloon. Caught in legal limbo, it was effectively lawless. 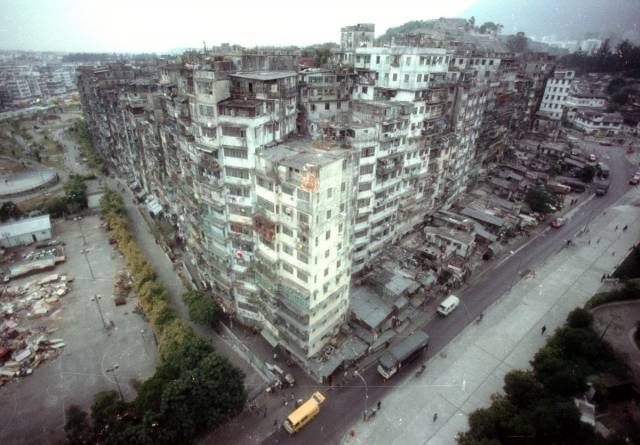 By 1986, the Walled City had caught the attention of photographer Greg Girard. Girard would spend the next four years in and out of the city, capturing daily life inside its teetering walls. 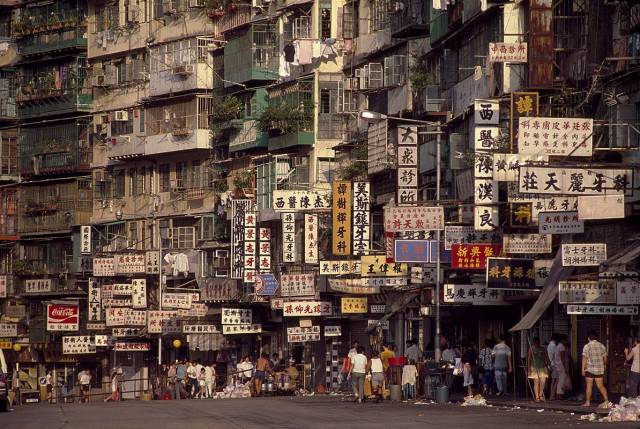 The Lego-like city was built over decades, as residents simply stacked rooms one on top of another. The end result "looked formidable," Girard tells Tech Insider, "but who knows?" 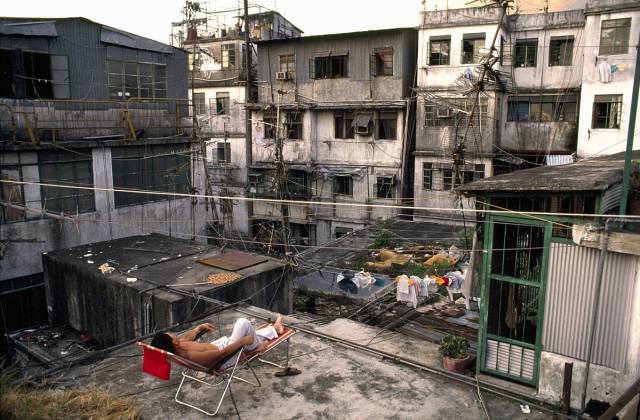 Even though the area wasn't terribly dangerous by the time Girard visited, he says local children were still told by their parents not to go near Kowloon. 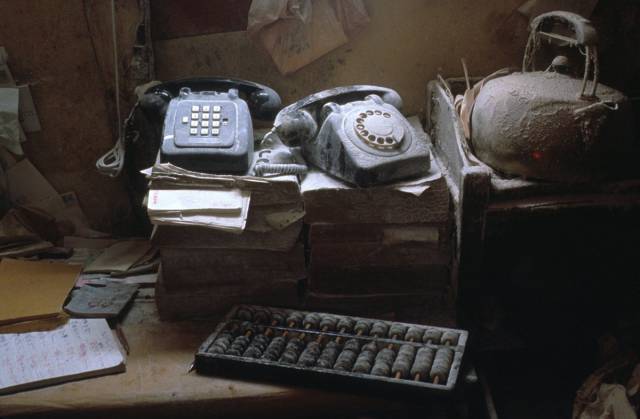 Kowloon offered just about every business imaginable, for better or worse. At night, schools and salons were converted into strip clubs and gambling halls. Trafficked drugs — mostly opium — made frequent appearances. 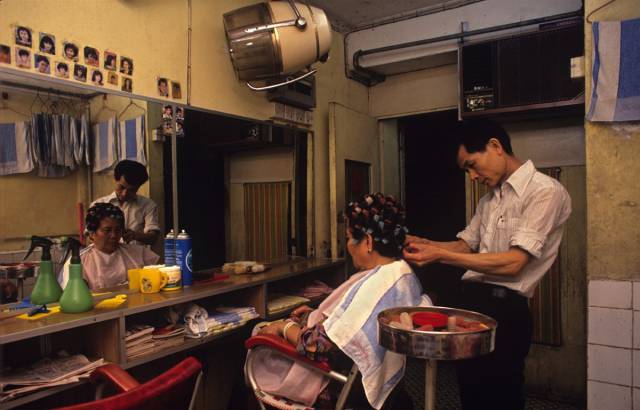 One woman, Wong Cheung Mi, worked as a dentist. 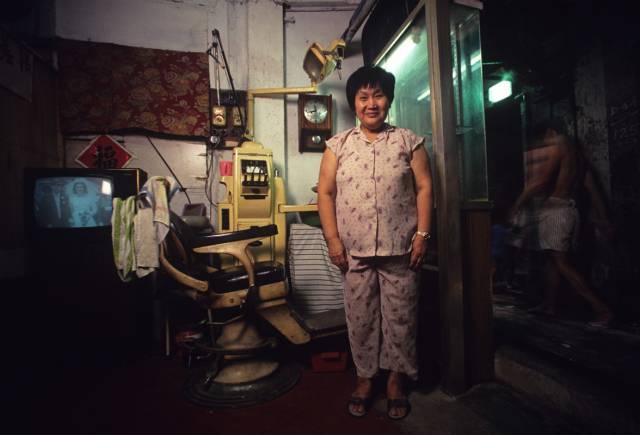 Like many of the Walled City's dentists, Wong could not practice anywhere else in Hong Kong. This drew hordes of working-class citizens to visit the city just to receive affordable healthcare and services. 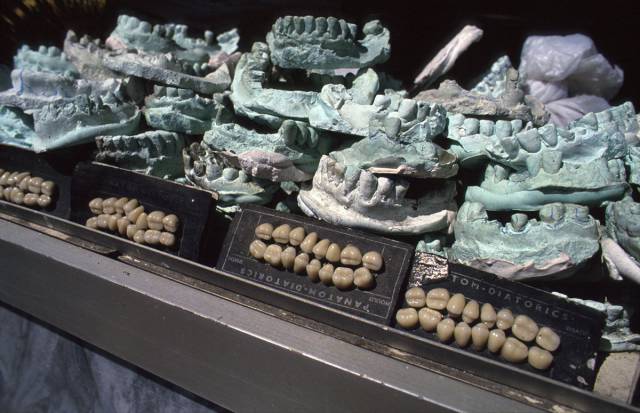 Stacked housing blocks meant virtually no sunlight could pierce through. Even during the day, Girard says, "it was nighttime all the time in there." 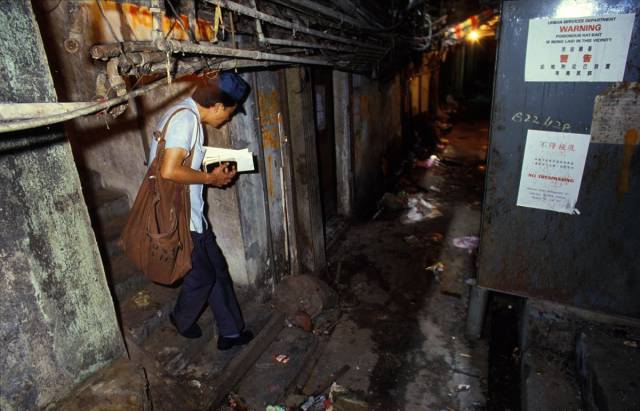 The one place of respite from the dampness was on the roof, though Girard says this was the most unsafe of all: "There were a lot of additional things sticking out and spaces between buildings that had been combined." 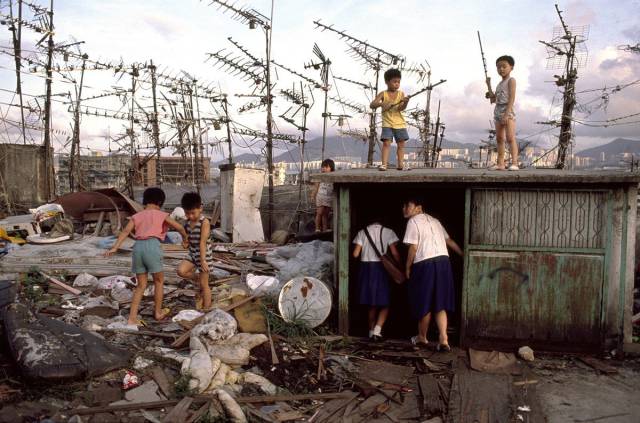 In-house manufacturing was a huge part of the Walled City's infrastructure. Dog-meat butchers, entrepreneurs, and noodle makers enjoyed zero oversight inside the walls. 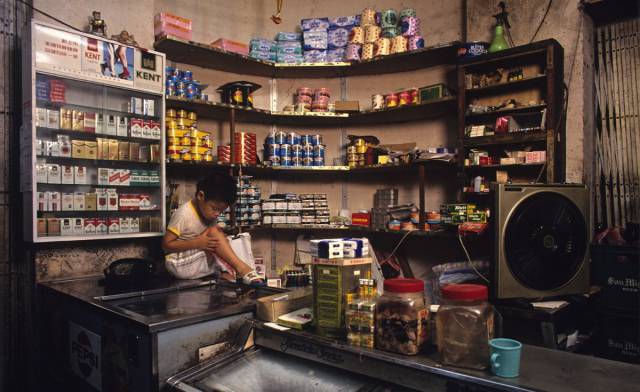 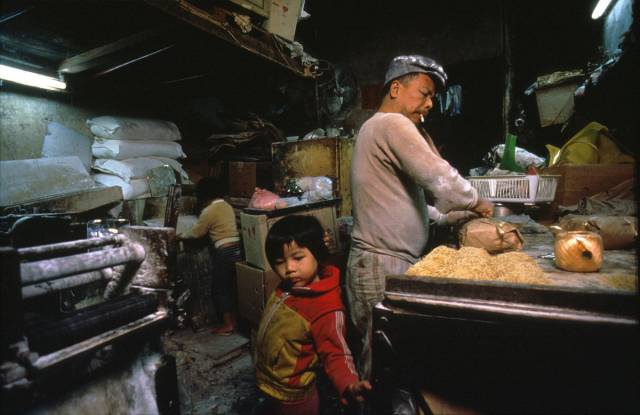 Some of the most common products manufactured in the city were fish balls, which Kowloon producers sold to local restaurants. 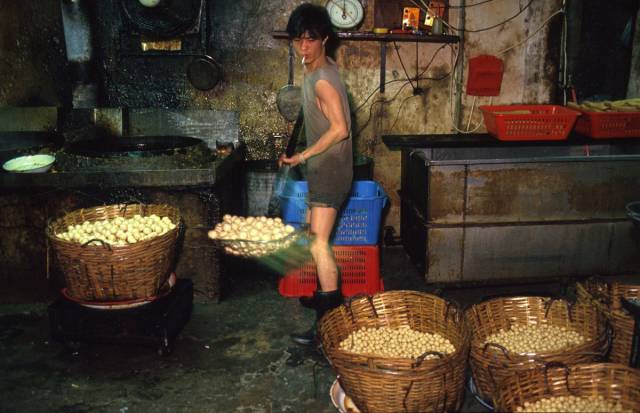 Sanitation was of minimal importance, Girard says: "It was an intensely difficult place to function, with no laws governing health or safety." 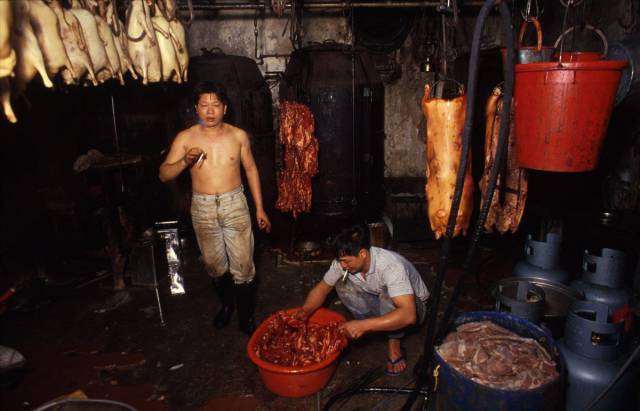 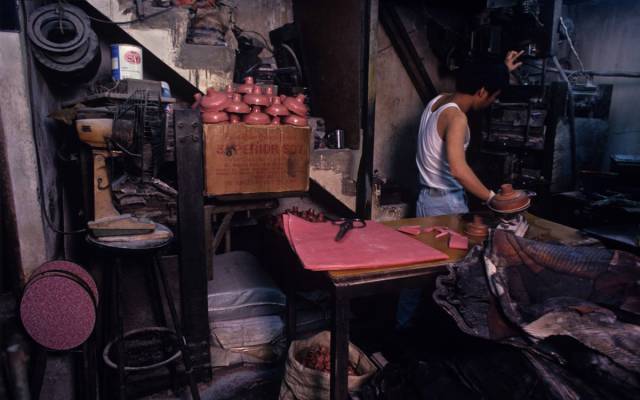 One law that was consistently enforced: The Walled City could be no higher than 13 or 14 stories. Otherwise, low-flying airplanes would have trouble meeting the nearby runway. 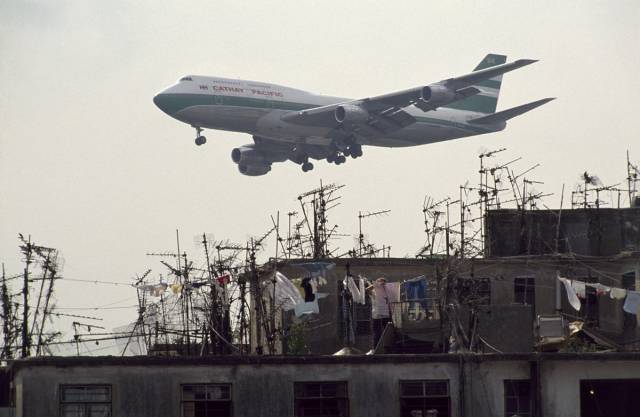 Despite its seedy reputation, the Walled City offered a sense of togetherness to thousands of people who had no community, Girard says. 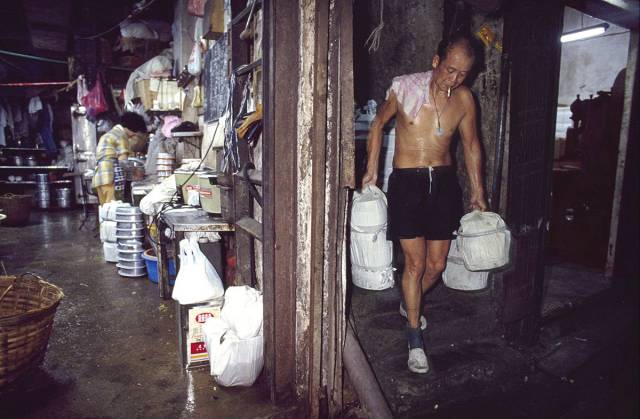 "Its physical reality kind of belied this community that it was," Girard says, adding that people's attitudes toward him changed around 1990 when they learned the structure was to be knocked down. 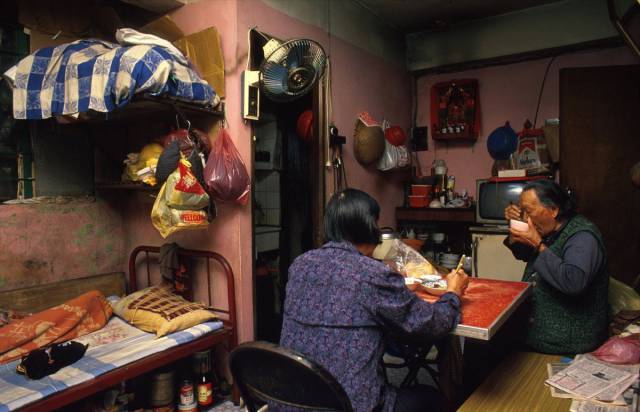 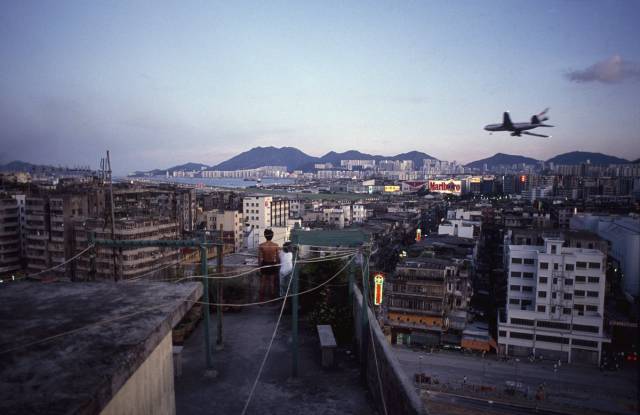 After the city was torn down in 1994, the country built a park in its place. Today, Kowloon Park attracts photographers, birdwatchers, and tourists looking for a relaxing trip through scenic Hong Kong — with plenty of room. 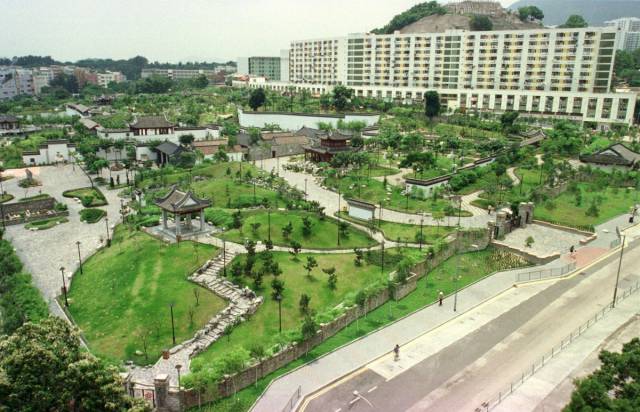 "Hong Kong is kind of a surreal place," Girard says. "The Kowloon Walled City was one of its more surreal mutations, but Hong Kong evolves and Kowloon evolves." 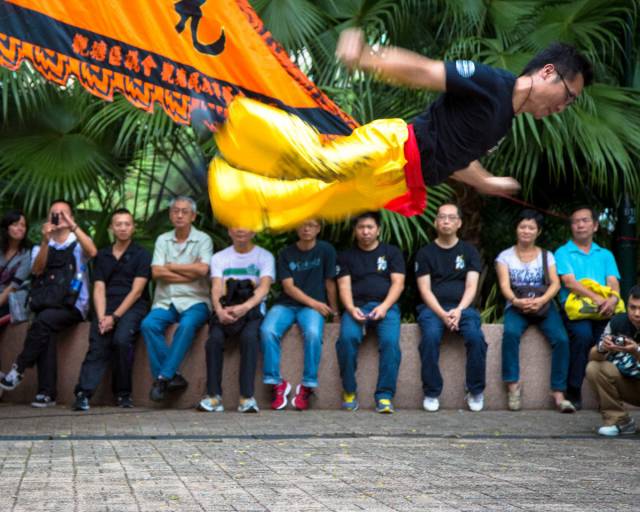