The Strange Coincidences Between Lincoln And Kennedy

Two of America's presidents, namely Abraham Lincoln and John F Kennedy, share a multitude of barely believable coincidences. Both were killed from gunshot wounds to the back of the head; both died on a Friday; both died before a celebration (Kennedy was assassinated on the eve of Thanksgiving, Lincoln was killed right before Easter); and each one of them were accompanied by their wife and another couple. But there's more! Both had a friend called Billy Graham, both had four children, both had secretaries named after the other (Kennedy's secretary was called Mrs. Lincoln, while Lincoln's secretary was called John), and both of their successors were vice presidents called Johnson! 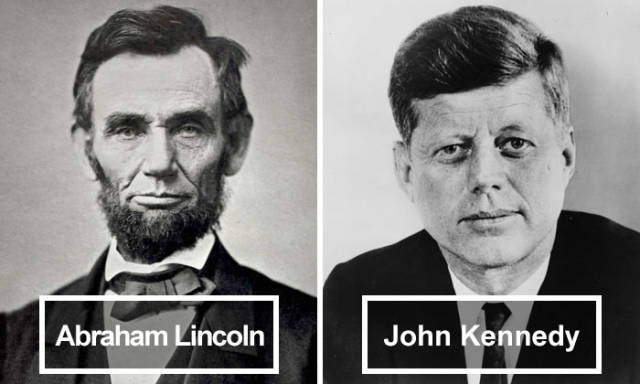 X
Historical Coincidences That Will Blow Your Mind
>
10/17
<