Mark Twain Predicted His Own Death

Did the famous writer Mark Twain predict his own death? Well if he didn't then it was a major coincidence. The writer was born in 1835, when Halley's Comet was passing the earth. It only passes once every 76 years or so, but Twain predicted that he would die on its next passing. "I came in with Halley's Comet in 1835," he said in 1909. "It is coming again next year, and I expect to go out with it." The writer died on the very day of its appearance in 1910. 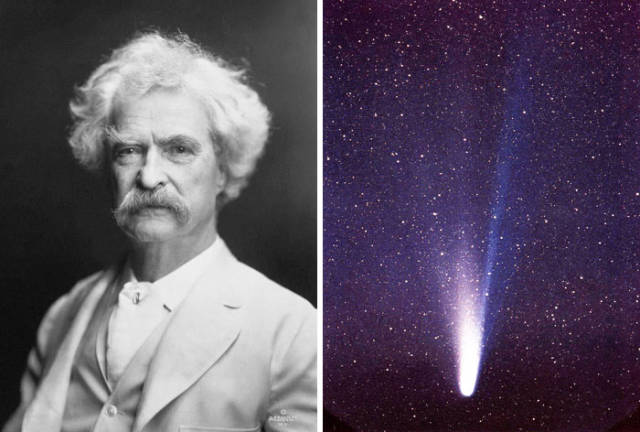 X
Historical Coincidences That Will Blow Your Mind
>
4/17
<