Dinner in the Sky (various locations) Theme: Regular dining, except you are suspended in the air. Dinner in the Sky is a Belgian based service that utilizes a crane to lift its diners 150 feet into the sky. Restaurant Menus: Varies depending on the chef. Dinners have been hosted in 17 nations. 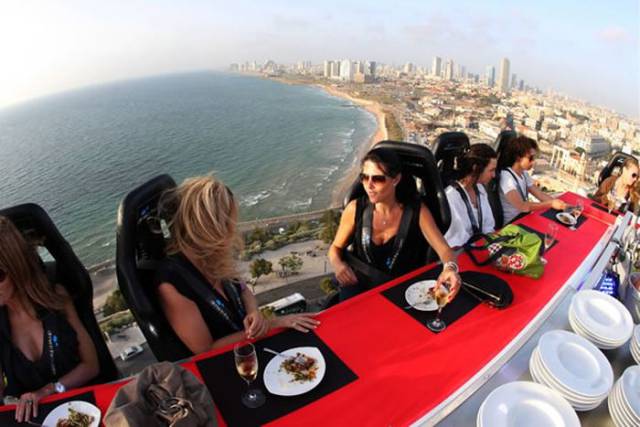 Labassin Waterfall Restaurant (PHILIPPINES ) Theme: Dine at the bottom of a natural waterfall. You may get your feet wet eating here. Restaurant Menus: Authentic local cuisine. 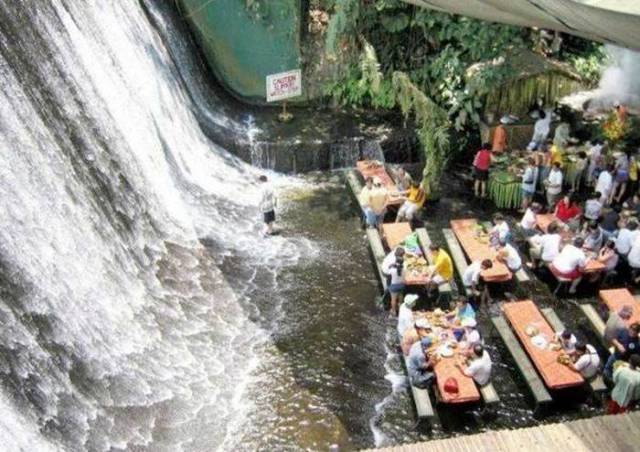 Bed Restaurant (Miami) Theme: Huge mattresses with mounds of pillows lets you relax while enjoying a meal and their drinks. Cuisine: World famous foods from around the world and creative drinks like the blackberry julep, a new, fresh-fruit take on the mint julep. 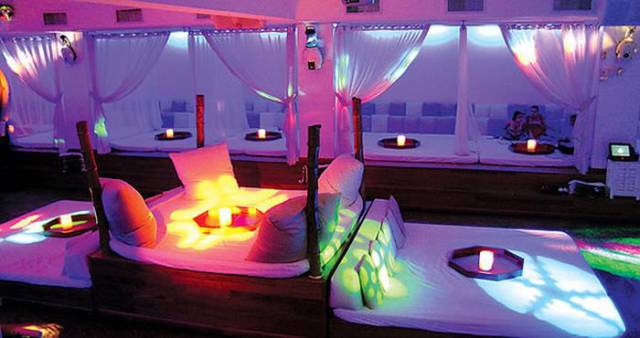 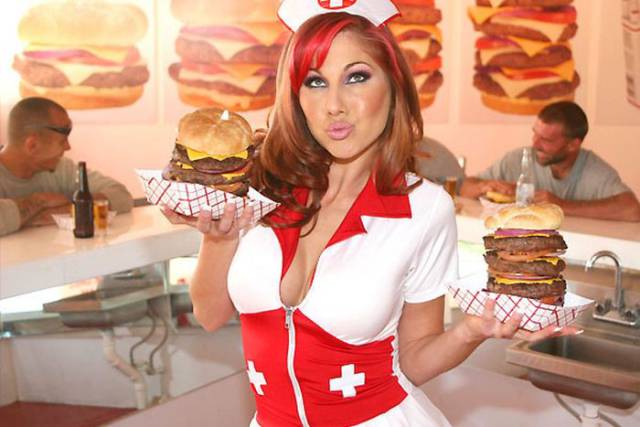 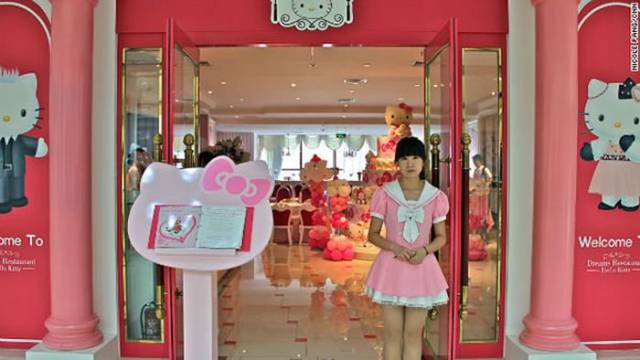 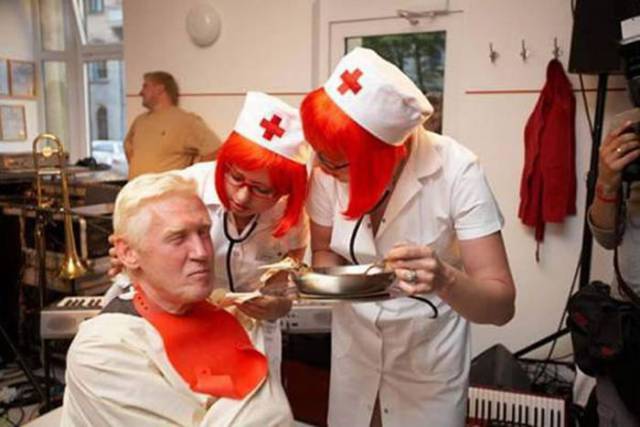 Theme: Known as the first-ever transparent undersea restaurant in the world, the restaurant sitting five meters below the sea level of the Indian Ocean, surrounded by a vibrant coral reef and encased in clear acrylic offering diners 270-degrees of panoramic underwater views. Cuisine: Serves contemporary European cuisine in a six-course set dinner menu matched by a wine concept dedicated to Champagne. 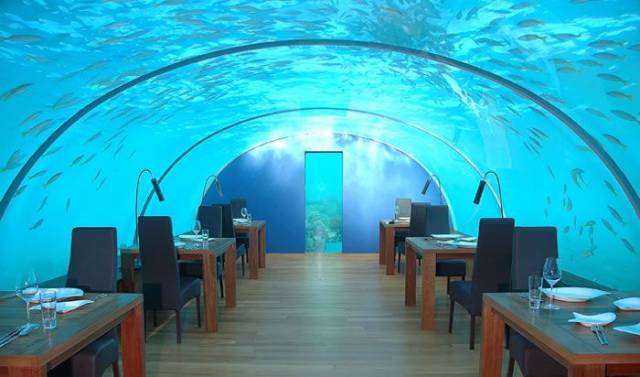 Japanese Cat CafesTheme: Pure unbridled cat happiness. For about 10 bucks an hour, you can lounge around and play with cats. Heavenly. Cat cafes are popular across Japan and each one is different. Cuisine: Tea, beer, and small snacks, depending on location. 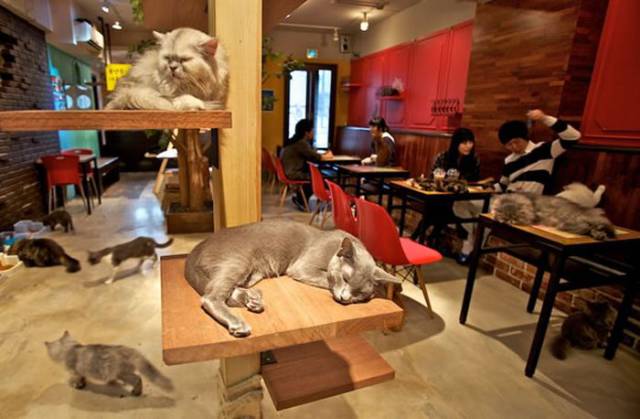 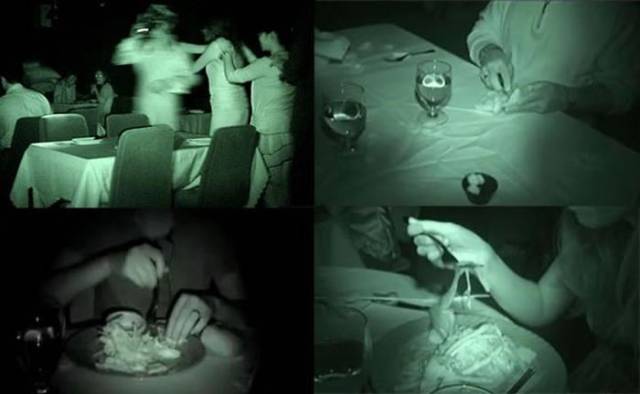 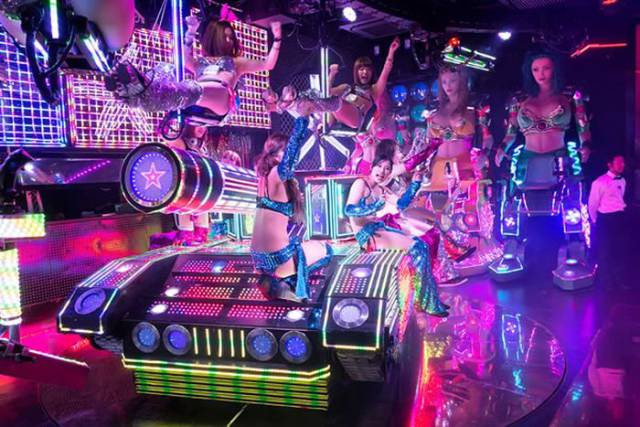 The Airplane Restaurant (Colorado Springs, CO)Theme: Aviation. The restaurant rests inside a converted Boeing KC-97. Restaurant Menus: Burgers, soup, and sandwiches—and probably better food than what you get on an actual flight. 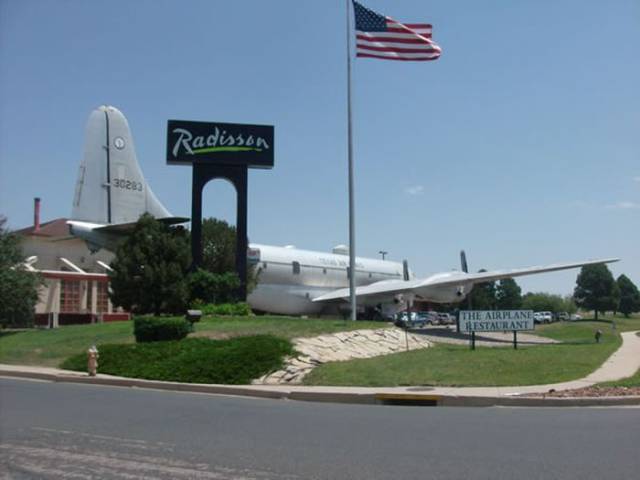 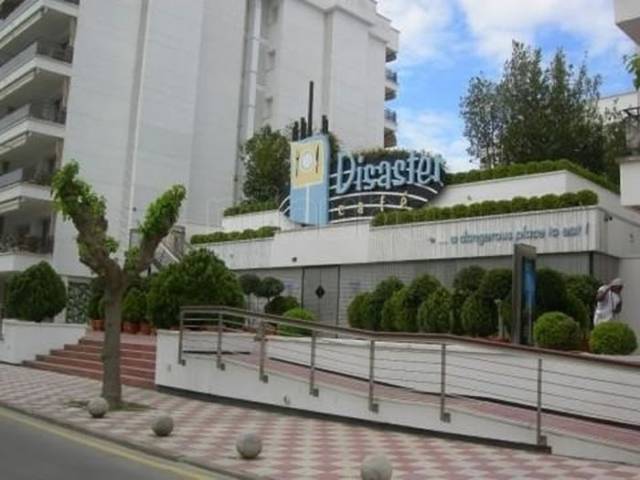 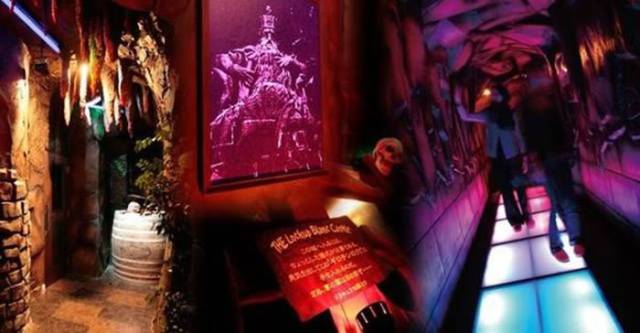 The Magic Restroom Cafe (City of Industry, CA) Theme: Toilets. Restaurant Menus: Food that looks like stuff that belongs in a toilet and is actually served in mini toilet bowls. 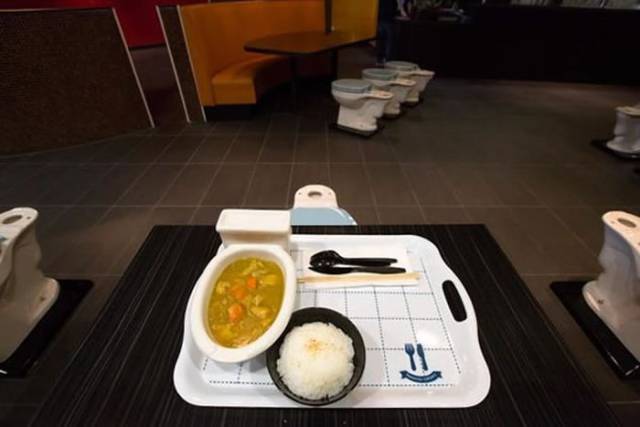 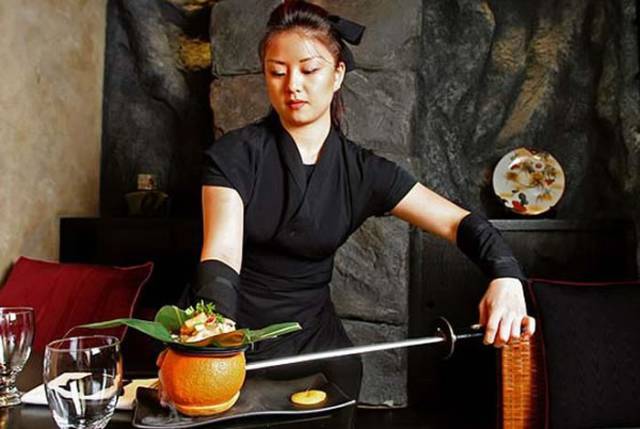