Apparently, a company in Hanzhong, Shaanxi province, makes their employees drink baijou liquor and eat live mealworms if they fail to meet their sales targets as a punishment. It was reported that 60 employees were gathered in a plaza in downtown Hanzhong where the punishment took place. People who witnessed it, put the photos on the internet. They said that a man with a plastic bag approached the workers putting live worms into their cups filled with baijou. Then those who got worms in their cup had to drink it in front of their colleagues. One of the employees anonymously reported to the Huashang Daily newspaper that they swallowed four worms for every client they lost. And when one of the female employees refused to drink her “cocktail” because she was pregnant and didn’t want to lose her baby, one of her male colleagues received a cruel punishment on her behalf. 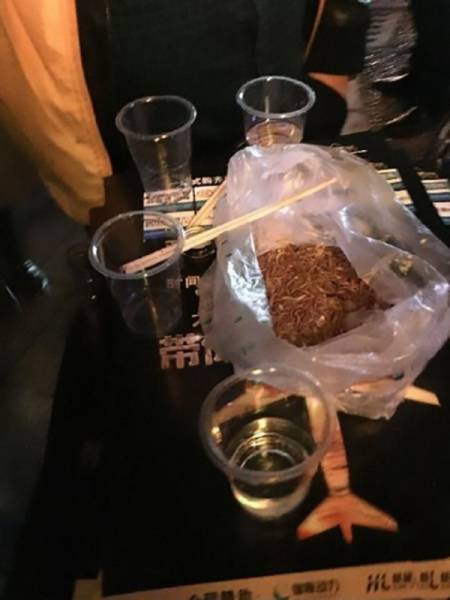