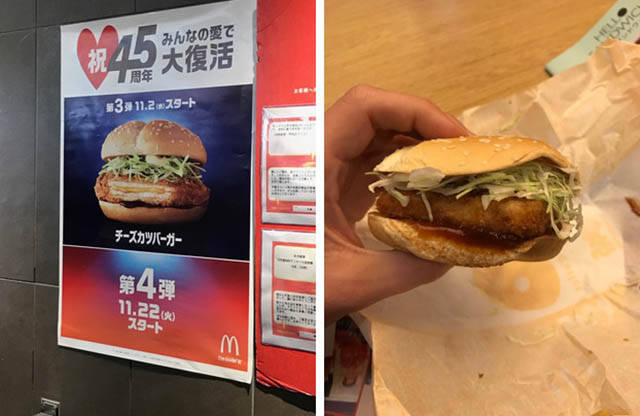 Toilets that have the sink above the tank, so water washes your hands and then fills the bowl underneath. 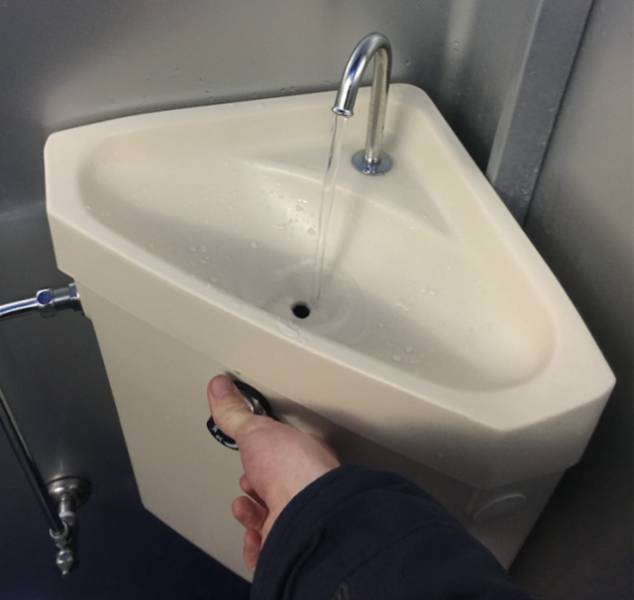 This means that the water gets used twice. What a genius idea.

Petrol hoses that dangle from above, so you can park your car anywhere in the forecourt. 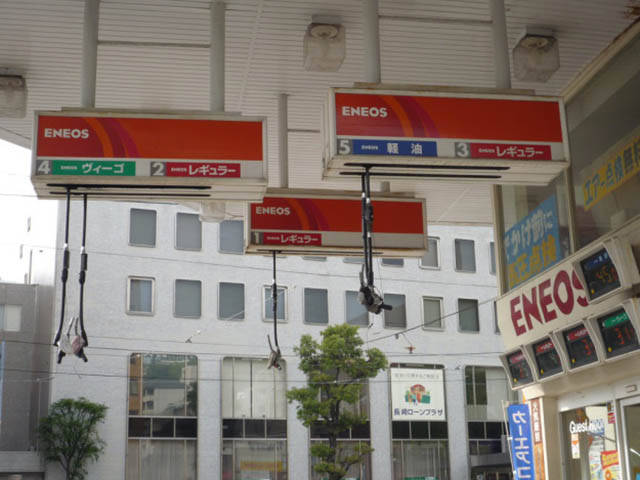 No more having to move your car because the hose is just out of reach!

Loudspeakers that play a little melody at dusk, to accompany the sunset and to warn children that it is time to head home. 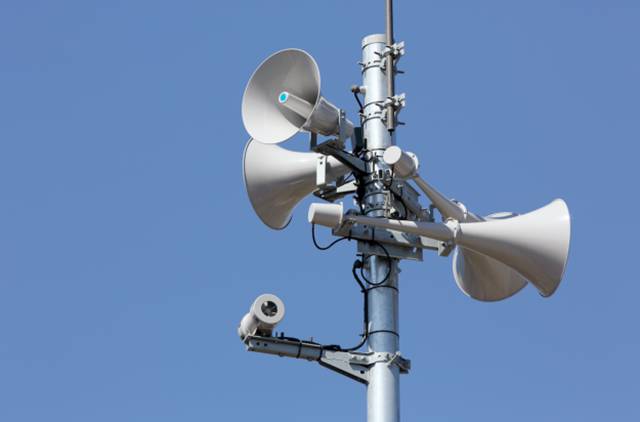 These loudspeakers (and there are many of them) primarily warn communities of earthquakes, hurricanes, and other natural disasters. The music is played each day at the same time, sometimes more than once, to test the system.

You can read more about this fascinating thing here.

Running stations next to parks that allow you to borrow trainers and store your clothes in lockers. 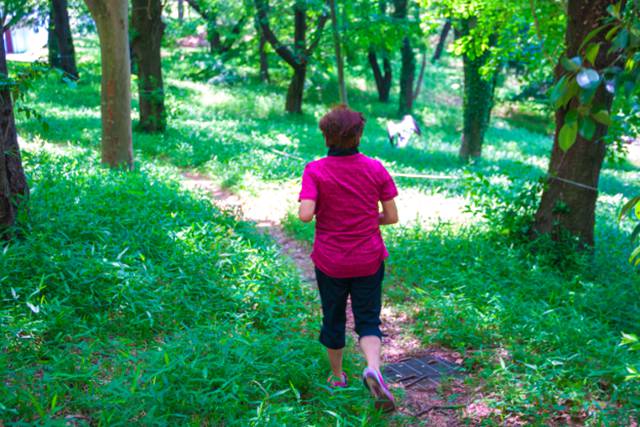 This means you can swing by after work without bringing your smelly shoes. There are many of these stations near the largest parks in Tokyo.

Taxis that close and open their doors automatically, so you don’t need to worry about slamming them shut. 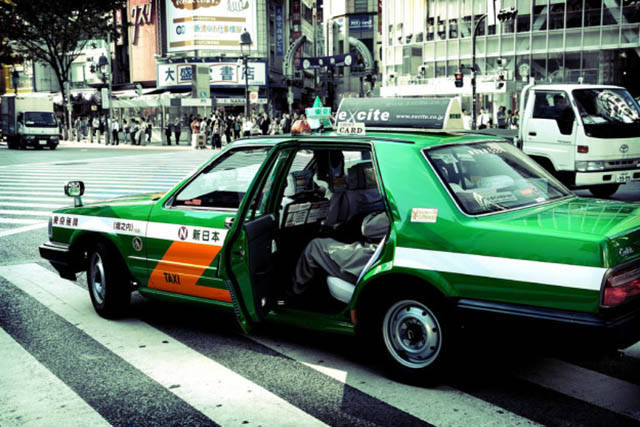 If you’re a visitor you might not be used to this at first.

Restaurants that make you choose your meal on a vending machine before you enter, so staff inside can concentrate on your meal rather than your cash. 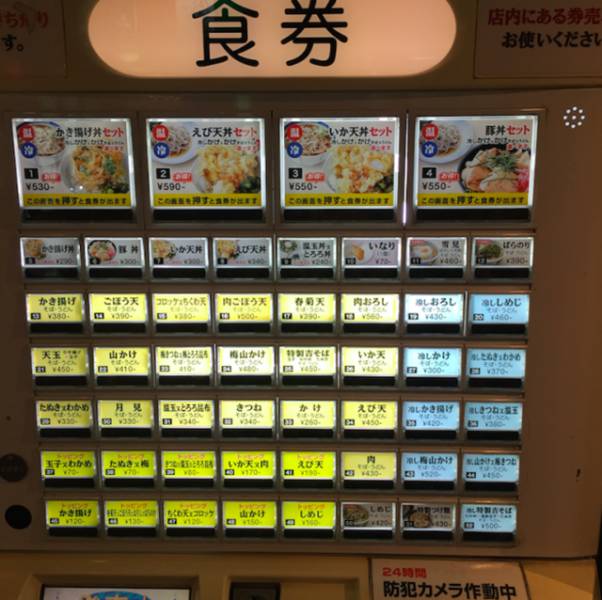 They’re located outside, and you get your order on a slip. You hand it to the staff when you enter the store.

Stores that sell noodles and have a hot water dispenser near the exit, so there’s no need to go home and boil water for a snack. 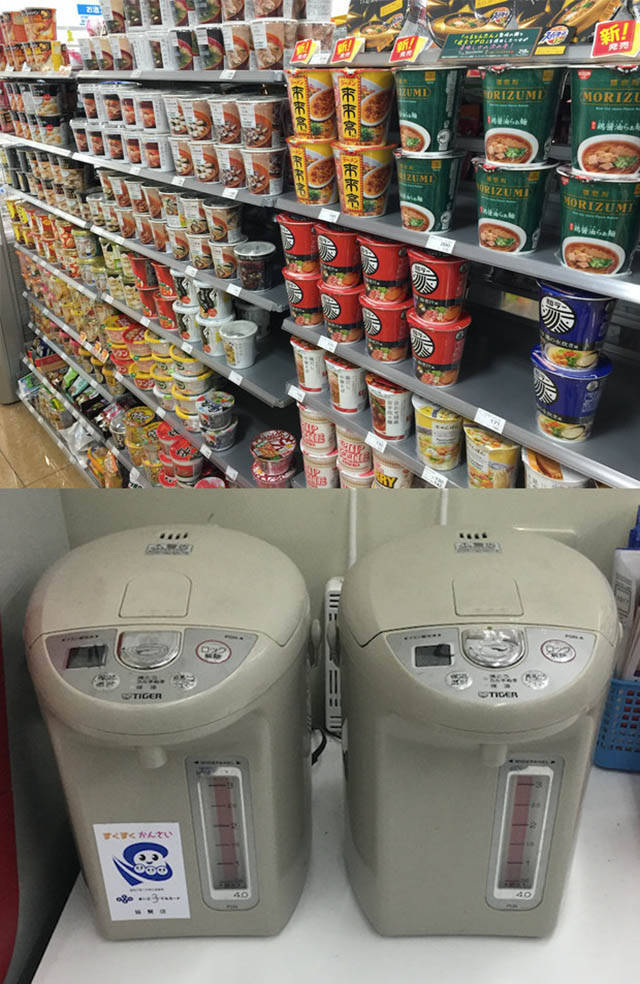 They also reheat any fresh packaged food you buy.

Pre-packaged hard-boiled eggs, which are somehow flavoured in the middle. 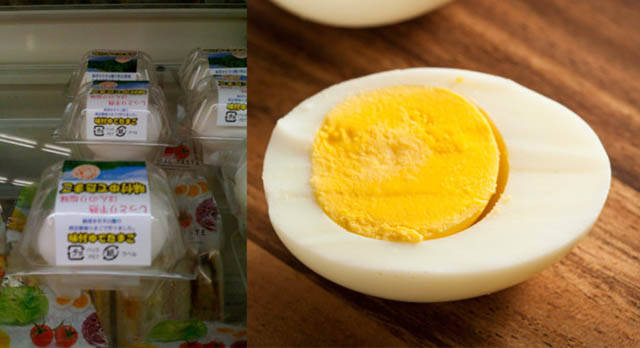 Makes a delicious snack on the go.

Ice cubes stored in plastic cups for cheap iced coffee. You just add the coffee near the exit after you have paid. 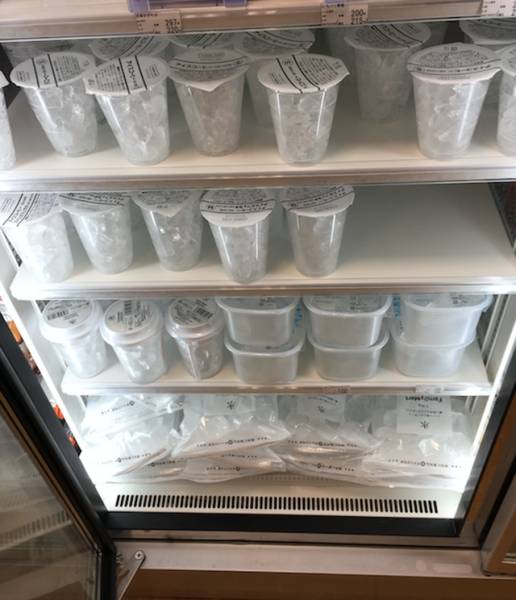 FamilyMart and 7-Eleven, where these are sold, are the greatest stores.

These stores also allow you to send packages in the mail, even internationally, from the checkout. 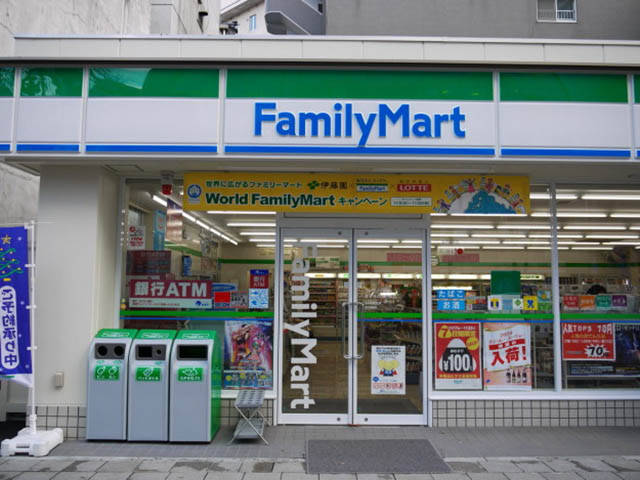 No more waiting for ages in a long queue in a post office.

Umbrella holders on bikes, so you can cycle with both hands on the handlebars when it is raining and not get wet. 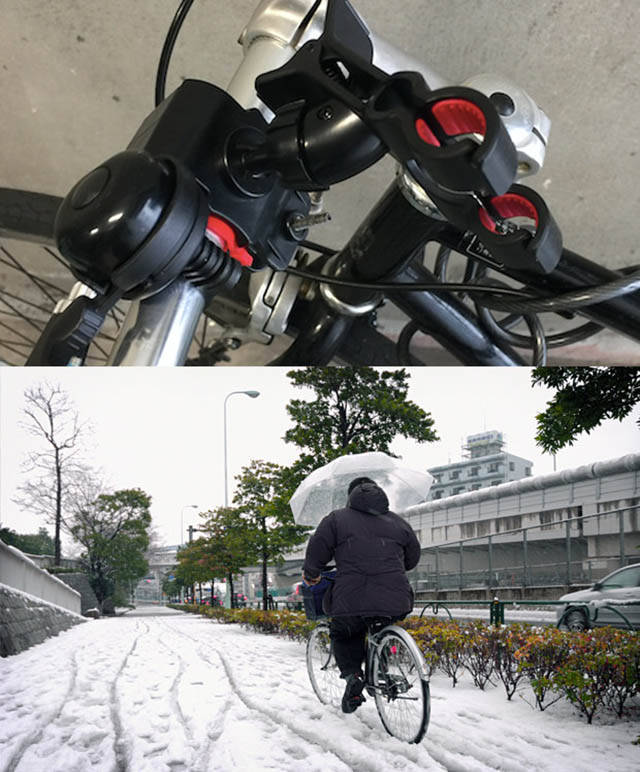 It means that you can concentrate on the roads.

Food courts located underneath or directly next to train stations, so you can pick up a bento box. 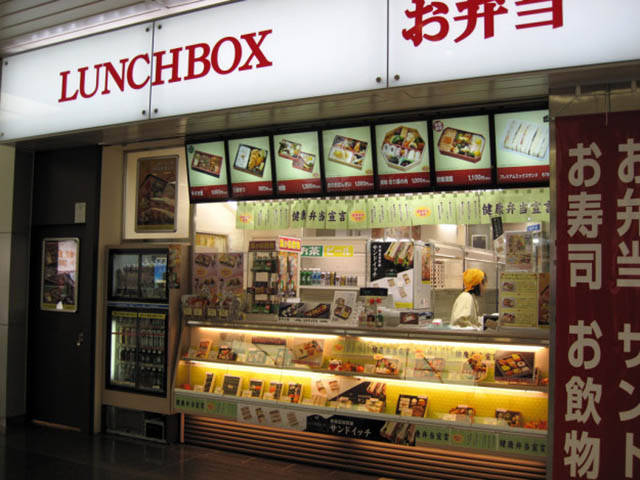 I know this sounds obvious, but many train stations, like ones in the UK, only have one or two terrible sandwich shops next to a station.

In Japan, there can be entire malls full of food located next to your train platform. It makes sorting out dinner for a journey a snap.

Toilet seats that are heated when you sit on them 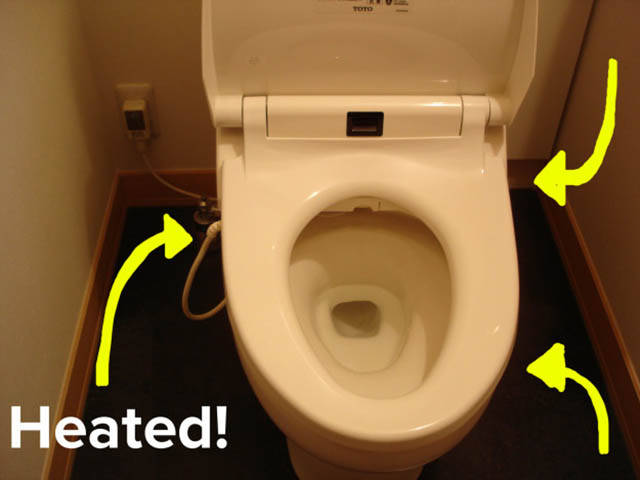 No more hands underneath your thighs at 3am when having a wee.

Plus some toilets also blow-dry your arse after you are finished, like a hand dryer. 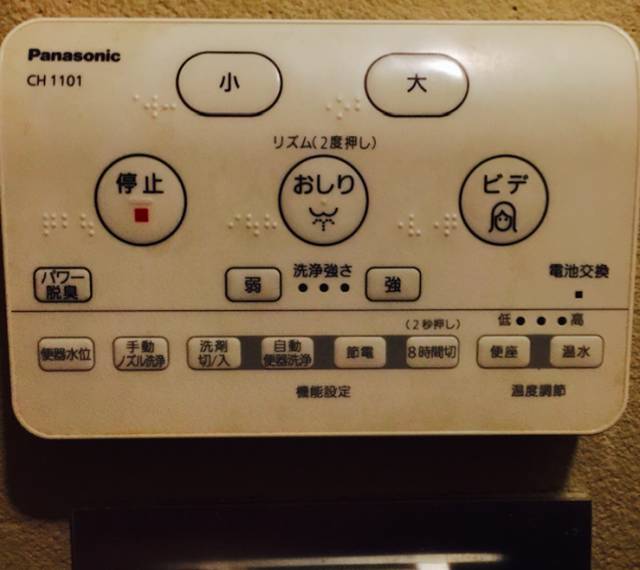 It’s one of these buttons. Not sure which one, though.

Train stations, like in Osaka, are given a letter and a number, so knowing when to get off is a breeze. 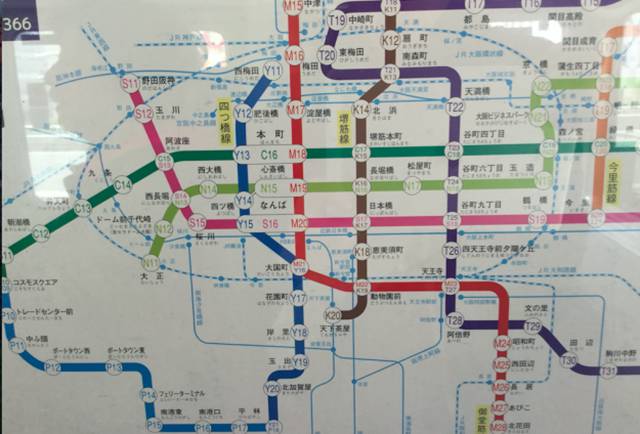 Hot communal baths in the middle of towns and cities called sento, which help you relax and unwind after a busy day. 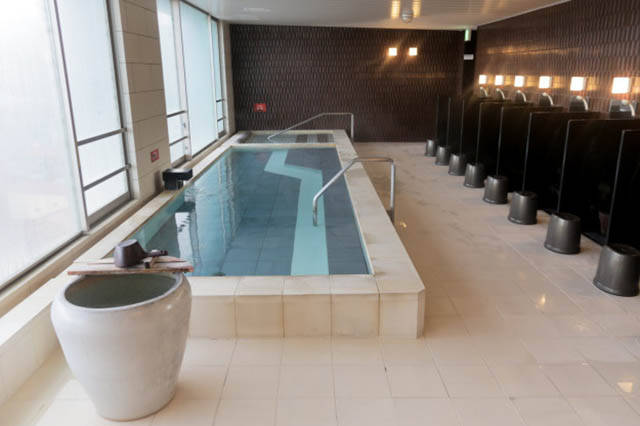 No need to head home and have a bath after work when you can just head to a sento. They are cheaper than a hot drink from a store.

There are also many onsens, where the water comes from a volcanic hot spring nearby. It’s pretty incredible.

They also chase you if you have run out of treats. 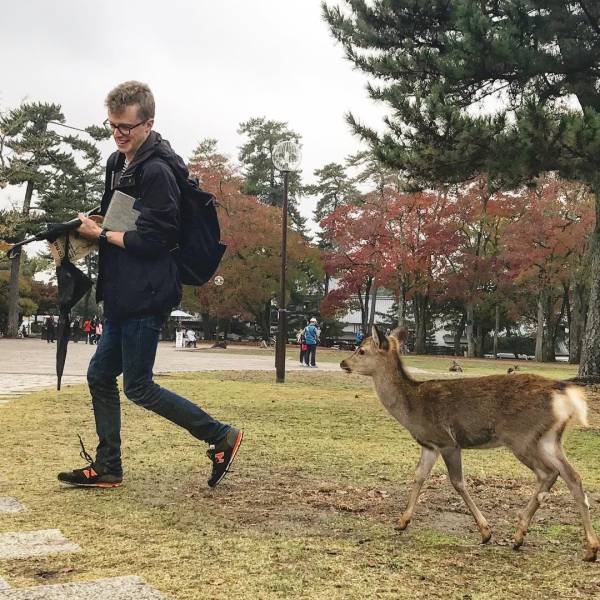