Some homes take their inspiration from strange places. This home, built by sanitation activists in Suwon, South Korea, was designed to look like a toilet. 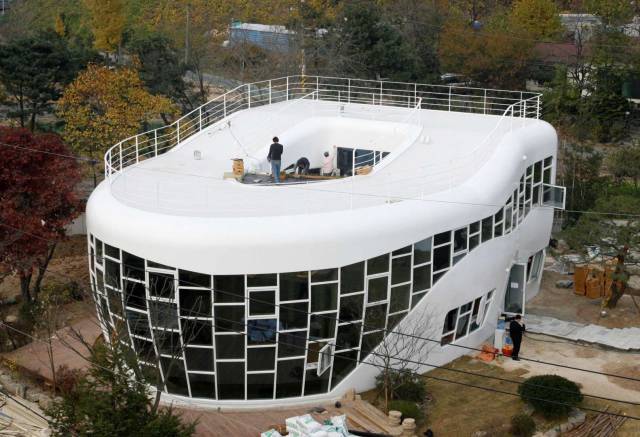 The residents who designed this mansion in Abuja, Nigeria love to travel, and renovated their home's roof to look like an airplane. 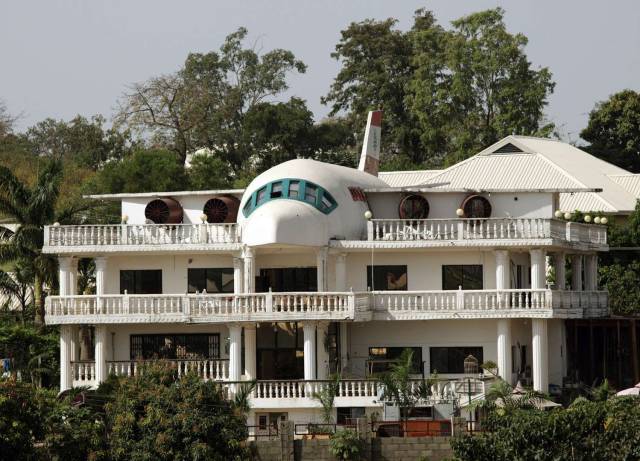 Artist Moussa Kalo designed this crocodile home in 2008, but he sadly passed away two months before it was completed. 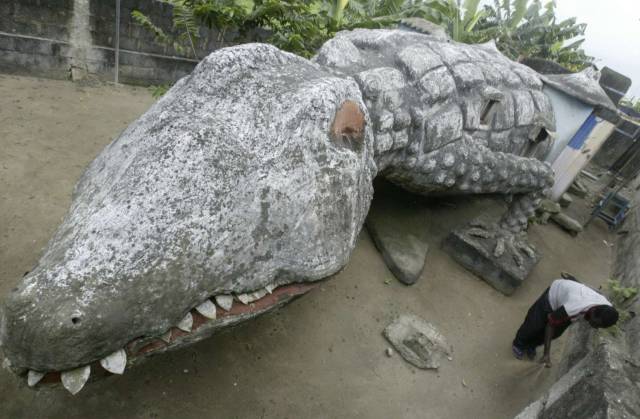 His apprentice has since moved into the home, which sits in Abidjan, the former capital of the Ivory Coast. 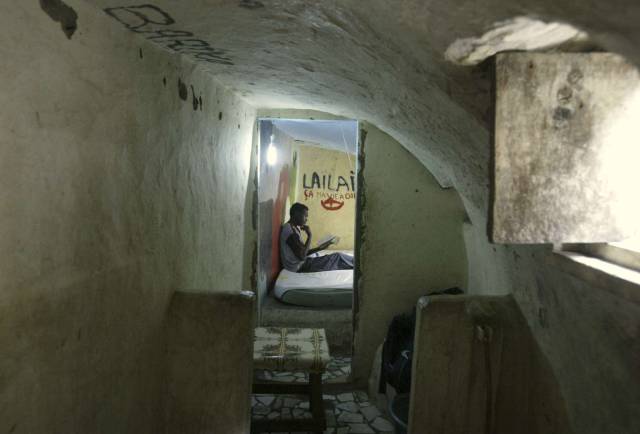 This home in Affoldern, Germany, was designed upside-down. 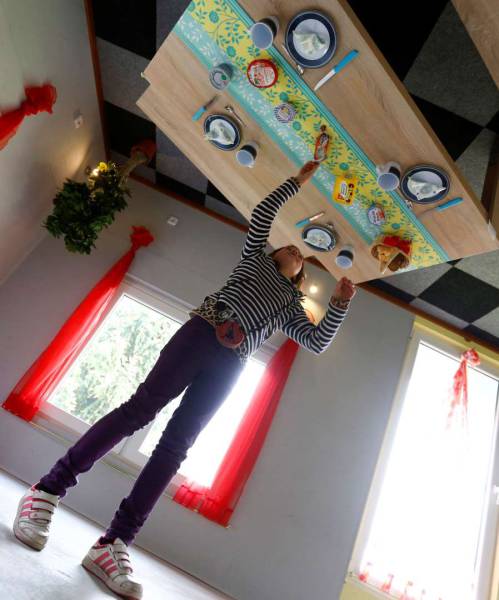 In its bedroom, the bed and dresser appear to defy gravity. No one actually lives in the home, but thousands of tourists visit it every year. 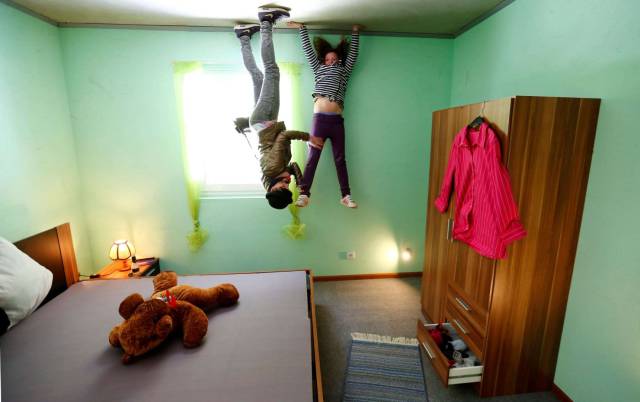 Another upside-down home in Krasnoyarsk, Russia has a sports car glued to its driveway. 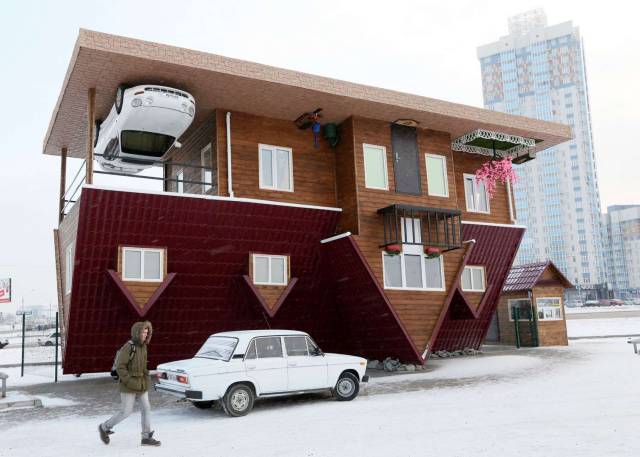 In the Chinese province of Dongguan, these two houses were built on top of a factory building in 2013. As Reuters notes, the construction process was likely illegal. 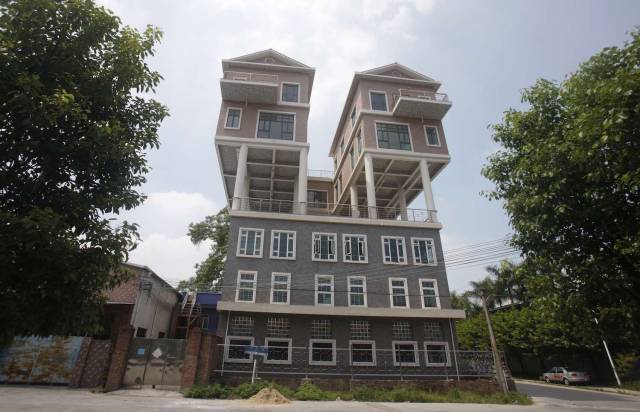 This whimsical home in Margate, England looks like it's melting away. Designed by English artist Alex Chinneck, it serves as a piece of public art (and no one lives inside). 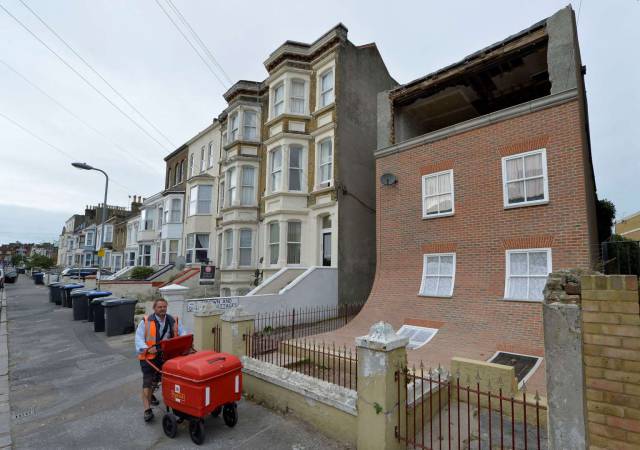 A US nonprofit built 70 of these dome homes for a community in Sumberharjo, an Indonesian village, in 2007. After a 6.4-magnitude earthquake destroyed many people's homes, they settled into the domes, which feature steel-reinforced concrete that's resilient in the face of tornadoes, hurricanes, and earthquakes. 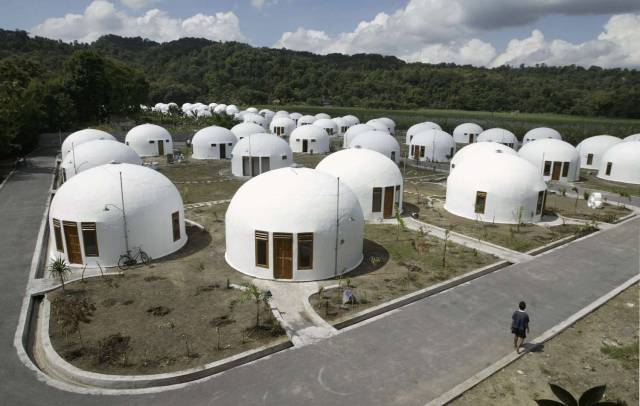 This house carved from ice in Berlin was less permanent. 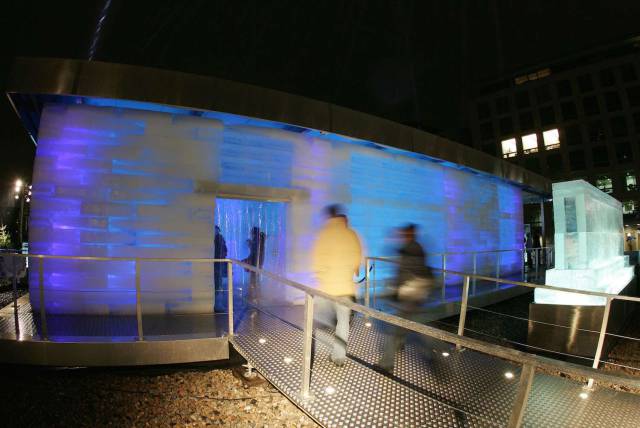 Everything in the house — from the bathtub and to its decorations — was made from approximately 1,000 blocks of ice. Built as a promotion for the German bank ING in 2005, the home melted after a few days. 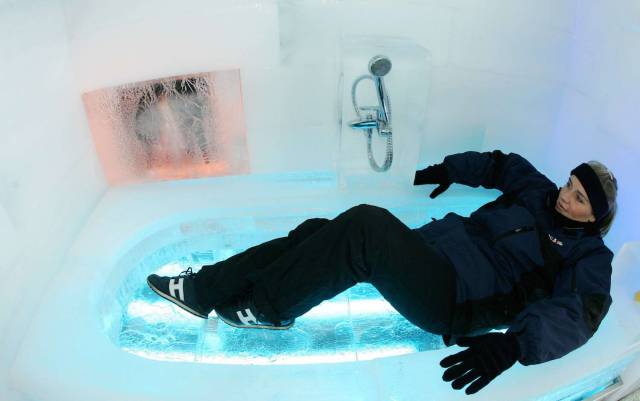 Some homes are built in the most unlikely of places, like this shack built on a boulder in the Drina River near the western Serbian town of Bajina Basta. A group of young men constructed the wooden shelter in 1986 as a place to hang out. 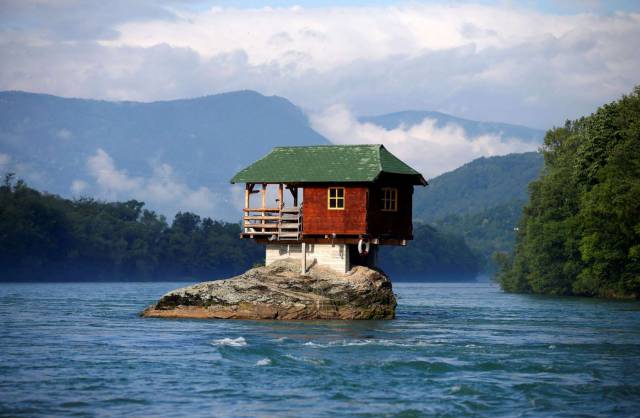 One of the world's skinniest homes is in Warsaw, Poland. Designed by Israeli writer Etgar Keret, it measures 36 inches at its narrowest point. 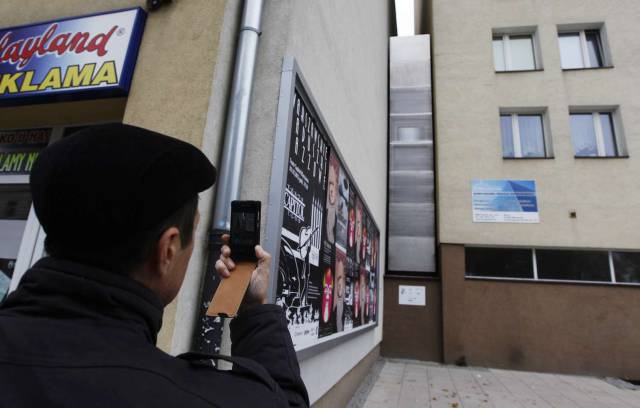 Keret says he built it as an homage to his parents' family who died in the Holocaust. It serves as his second home. 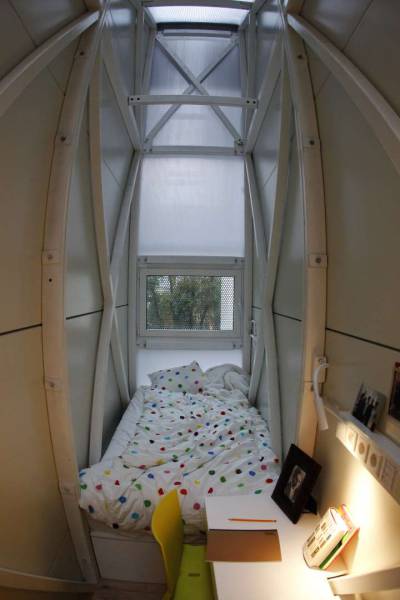 This 26-story apartment complex took "urban jungle" quite literally. A villa, surrounded by imitation rocks, was built on its rooftop in Beijing. 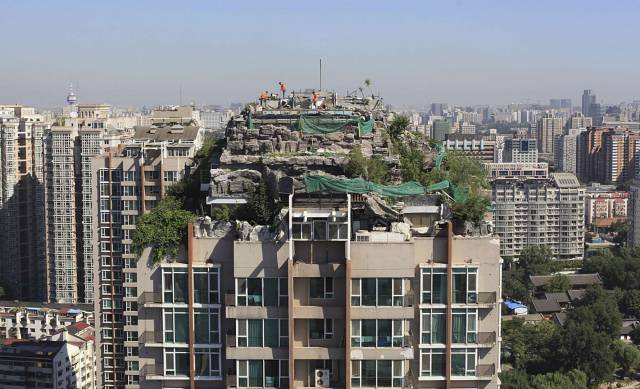 This solar home, built in the Alsacian countryside near Strasbourg, France, was designed as a giant 3D sundial, sitting at an ideal angle in relation to the sun. 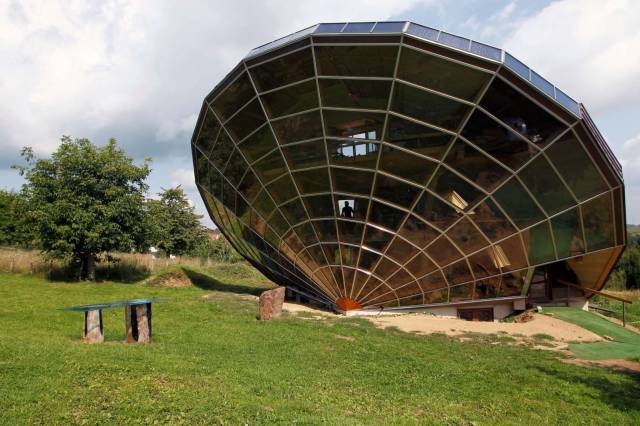 During the summer, it keeps the inside cool. During fall, winter, and spring, sunlight enters the windows and warms the space. 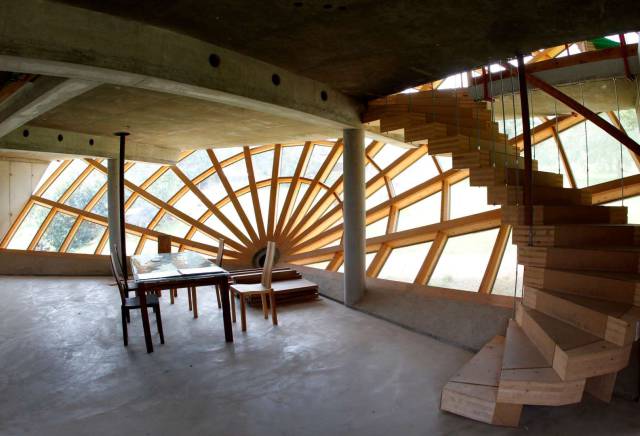 Perhaps the most creatively-designed homes are the ones that can constantly morph. This home in the grassy hills of Prague can change both height and direction. 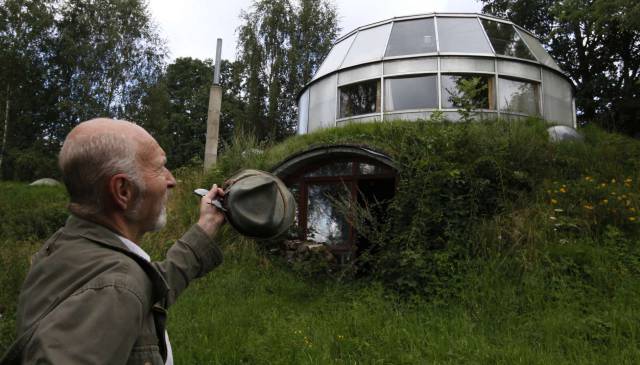 73-year-old Czech builder Bohumil Lhota designed the home to rotate and move up and down, so that he can turn it to his preferred window view at any moment. 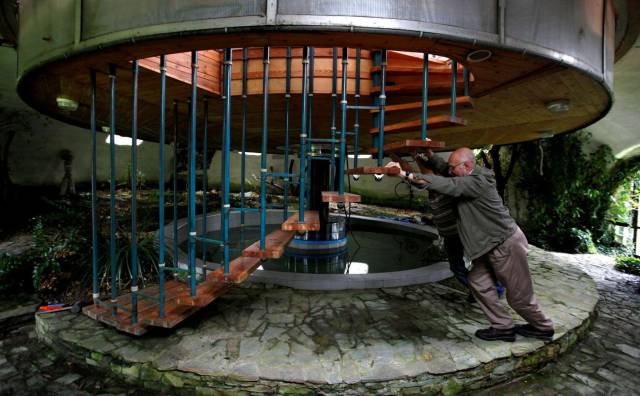 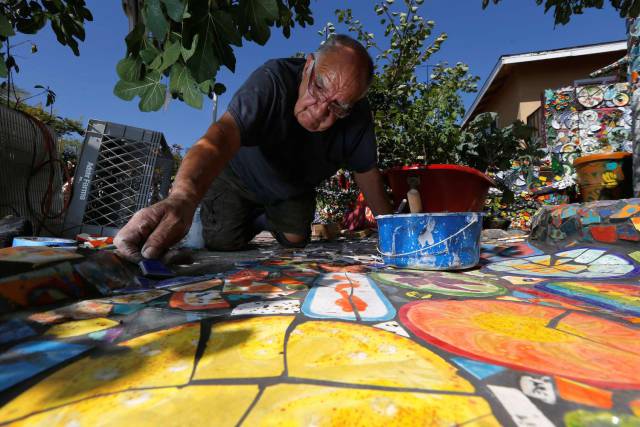 Called the Mosaic Tile House, it's comprised of hundreds of thousands of objects, which the couple applied by hand. 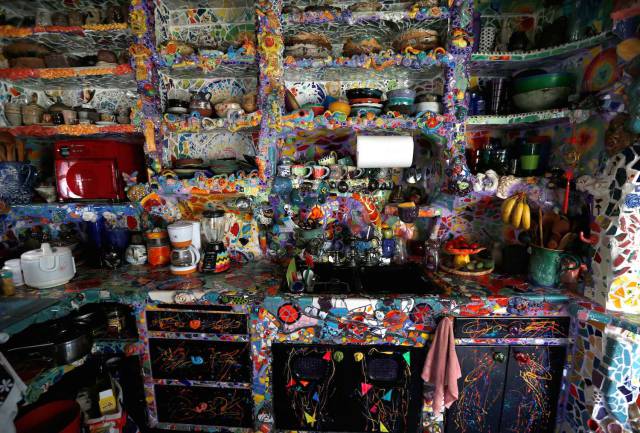 Here's a look at what the house once looked like. Over the years, the pair transformed it into a whimsical work of art. 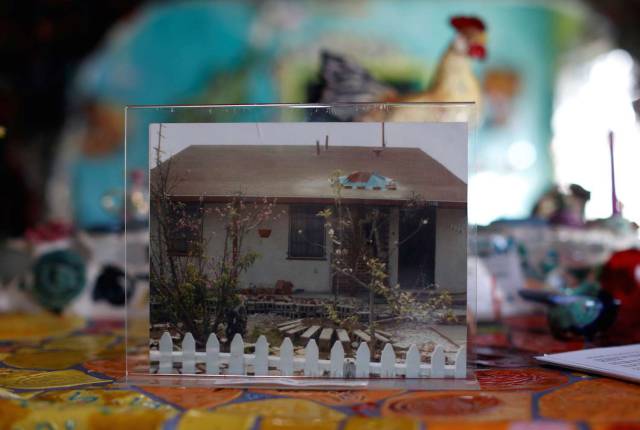