Édouard Manet (1832 – 1883) was a French painter. He was one of the first 19th-century artists to paint modern life, and a central figure in the transition from Realism to Impressionism. His last painting was A Bar at the Folies-Bergère (Un bar aux Folies Bergère), which was completed in 1882, just a year before he died after having his foot amputated due to gangrene. It originally belonged to the composer Emmanuel Chabrier, who was Manet's neighbor, and hung over his piano. 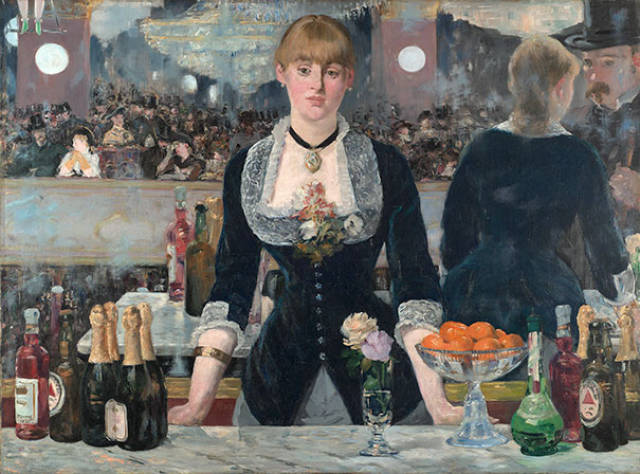