Diego María de la Concepción Juan Nepomuceno Estanislao de la Rivera y Barrientos Acosta y Rodríguez, known as Diego Rivera, was a prominent Mexican painter. His large frescoes helped establish the Mexican Mural Movement in Mexican art. His last work is an oil on canvas painting called The Watermelons (1957). It was made after Dolores Olmedo, one of his greatest supporters and patrons, asked him to paint it for her. At first he refused, saying that he did not like to paint watermelons. Only when Olmedo said that she would commission another prominent artist to paint them for her did Diego comply. This was the last painting he ever completed and signed. He died in Mexico City shortly after, aged 70. 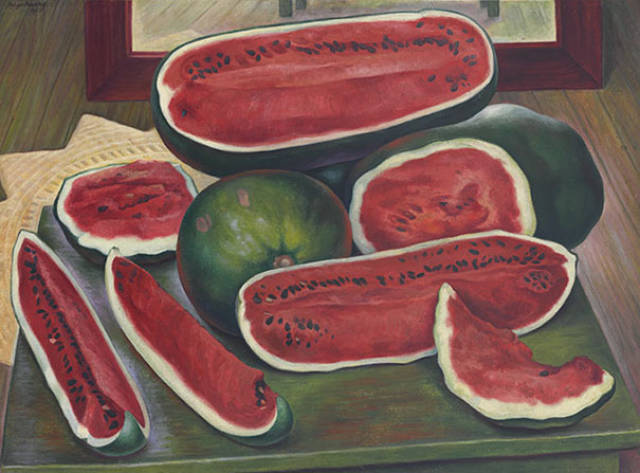