Study of a Bull was completed in 1991 just months before the artist, Francis Bacon, died as a result of chronic asthma. Having spent its life in a very private collection in London, the painting has never been seen publicly. It was discovered when an art historian named Martin Harrison was researching Bacon's work for the publication of the Francis Bacon Catalogue Raisonné. Harrison maintains that Bacon knew that he was close to death when he was working on this particular piece. “Bacon is ready to sign off … he was so ill… He knew exactly what he was doing here," he said. 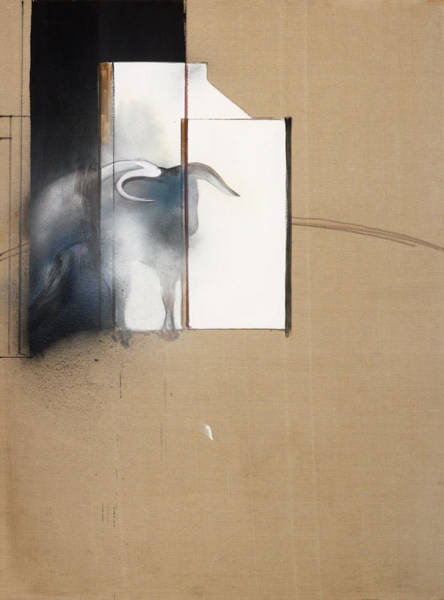