Rembrandt: Simeon With The Christ Child In The Temple, Unfinished (1669)

This painting by Rembrandt van  Rijn (1606-1669) was found uncompleted in his studio prior to his sudden death aged 63. It now hangs in the National Museum in Stockholm, Sweden. The painting depicts an old man holding an infant, a subject he had painted twice before. The work illustrates a passage from the Gospel of St. Luke, in which Mary and Joseph take Jesus to the temple in Jerusalem. The figure in the background was probably painted afterwards by somebody else. Some people think she's Maria, while others say she's the prophetess Anna. 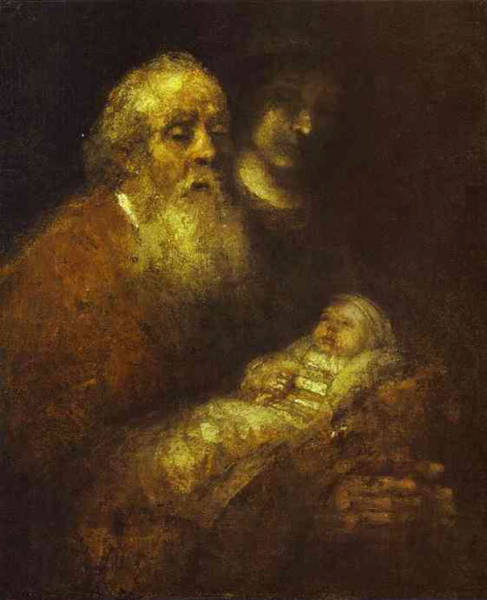