Tower spires and mast tops are sometimes lit by ghostly fires, usually during a storm.

Medieval Europeans believed these dancing lights to be the promised gift of St. Elmo, the patron saint of sailors: legend has it he promised to pray for them and give warnings in the form of lights on masts. 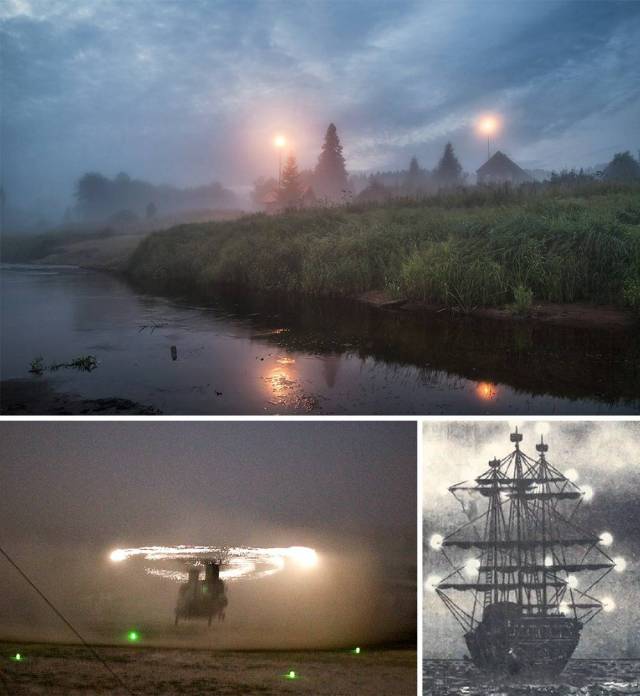 An Antarctic volcano and its snow pipes


Mount Erebus is one of the largest and most active volcanoes in the Antarctic. It’s covered with snow pipes made from frozen steam that comes out of fissures. 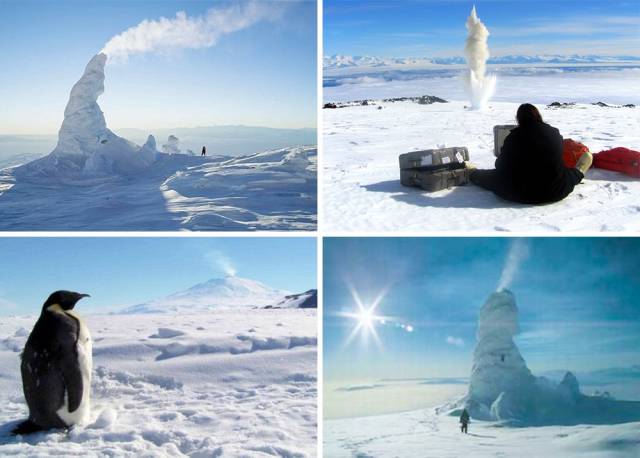 
This beautiful optical phenomenon appears when light from the sun, the moon, or cities reflects from tiny ice particles in the air. 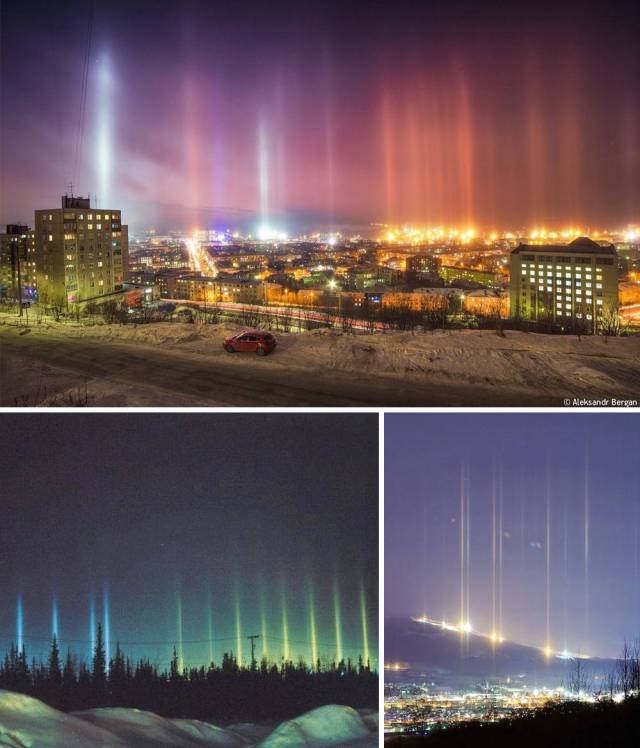 Snow "spaghetti" in one of Finland’s lakes


A man from Hämeenlinna, Finland, discovered snow threads that looked like noodles on the lake near his house. He later learned that he could take these threads and make snowballs.

The threads may have been shaped by movements of wind and water before the fallen snow melted. 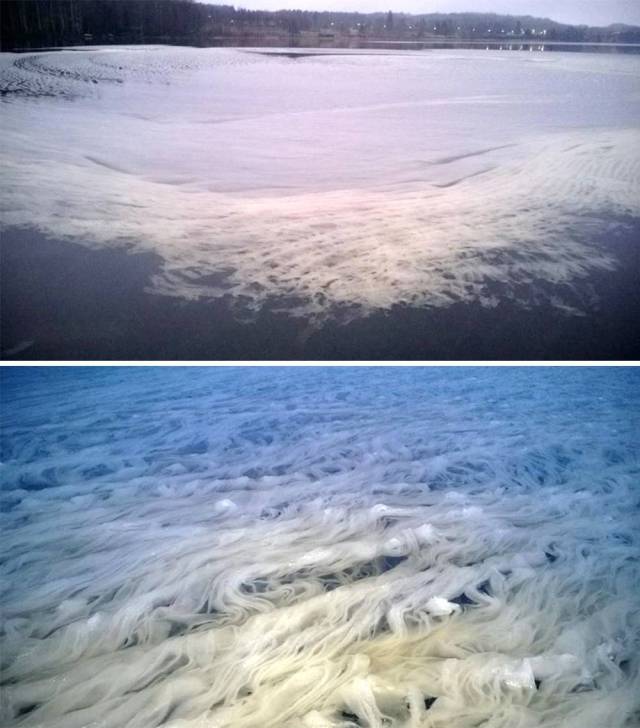 
There is a forest in Russia where trees are strangely bent, and scientists haven’t yet come to a conclusion about this phenomenon. Some think the reason is parasites, while others blame strong sea winds. Old-timers think this place is haunted. 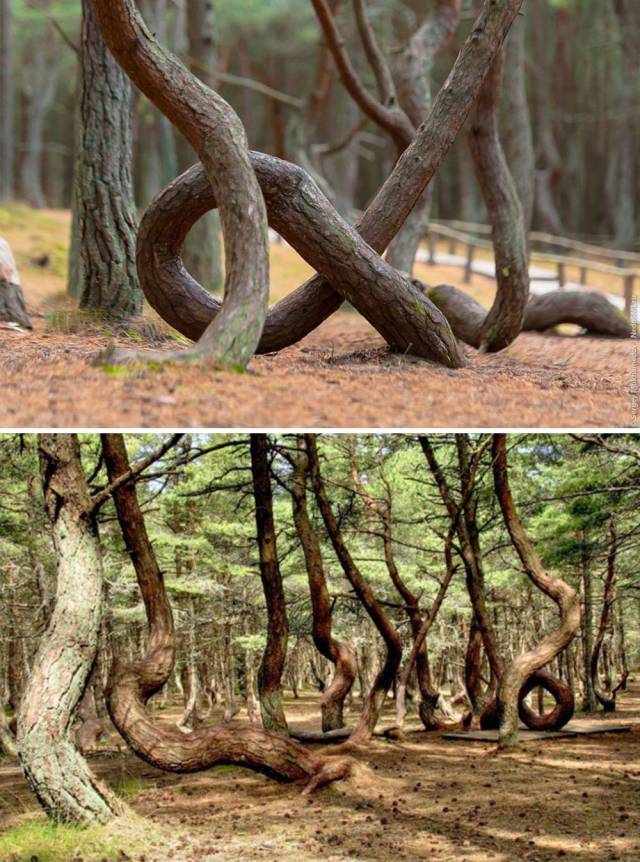 Some thought these red or blue flashes that appear at great heights were alien spaceships. Only after the phenomenon was caught on camera in 1989 was it proved that the sprites are "distant relatives" of lightning. 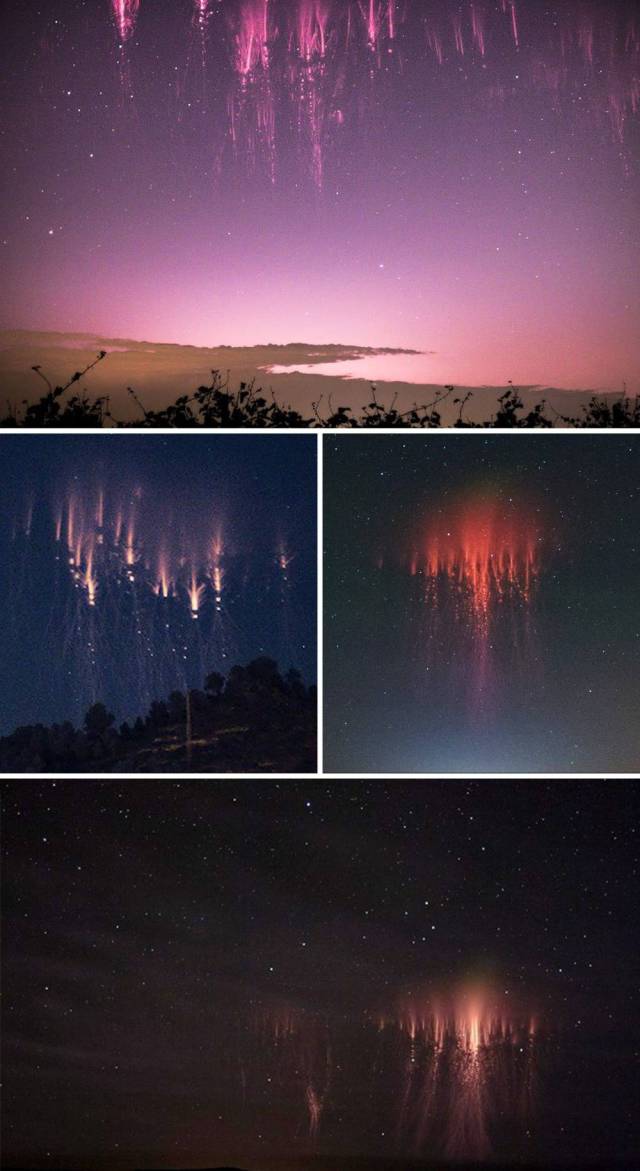 
Red tide is caused by enormous amounts of tiny red algae near the water’s surface, a phenomenon similar to water blooming.

Red tides are dangerous to sea dwellers because the oxygen content in the water decreases, while hydrogen sulfide and ammonia increase. A number of scientists connect the red tide with the first plagues of Egypt, where the waters of the Nile turned to blood, killing the fish. 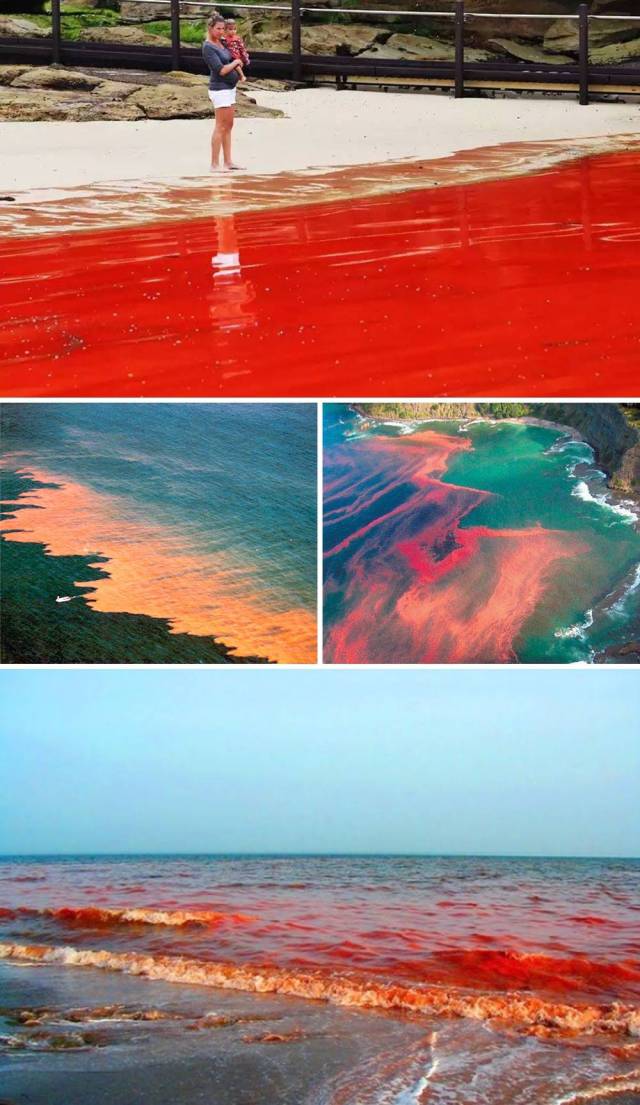 
If you’re in the mountains and look away from the sun, you can sometimes see the shadow of a giant surrounded by a rainbow halo. This is actually the shadow of the watcher himself cast on the mist. Small drops fracture the light, which then form the halo around the shadow.

This phenomenon is most frequent on Brocken, a mountain in Germany. It was once thought to be the doing of witches on Walpurgis Night. 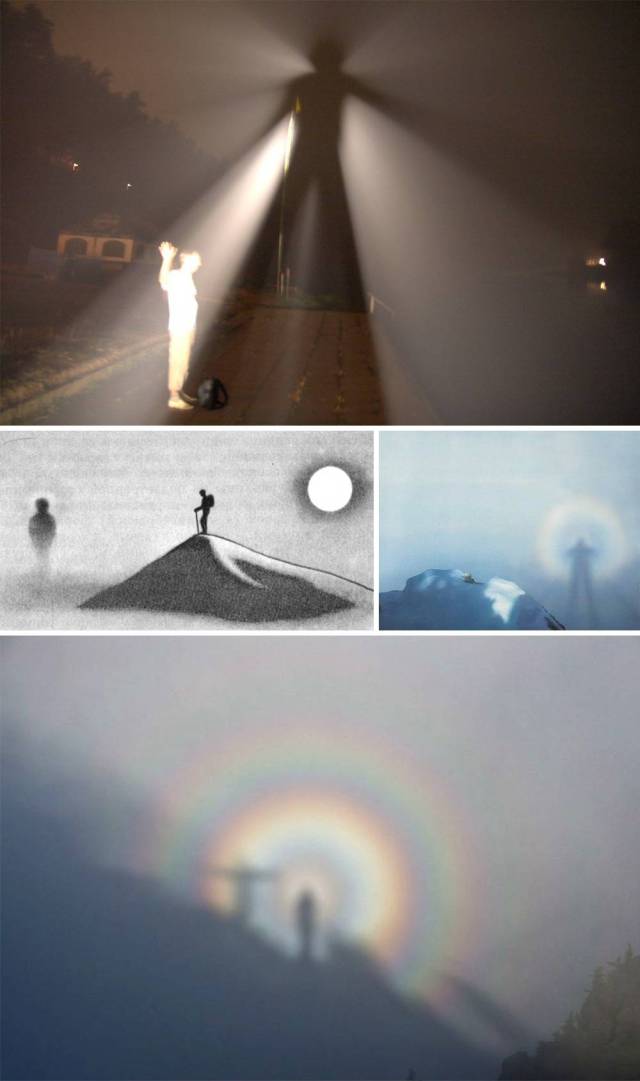 
The Mekong River in Thailand sometimes erupts with crimson fireballs that rise 30-50 feet above the water and disappear. They usually appear in October, and there’s even a festival dedicated to this phenomenon. Scientists explain it as inflammation of gases rising from the river; locals believe the balls to be sent by Naga, a half-snake, half-human living in the river. 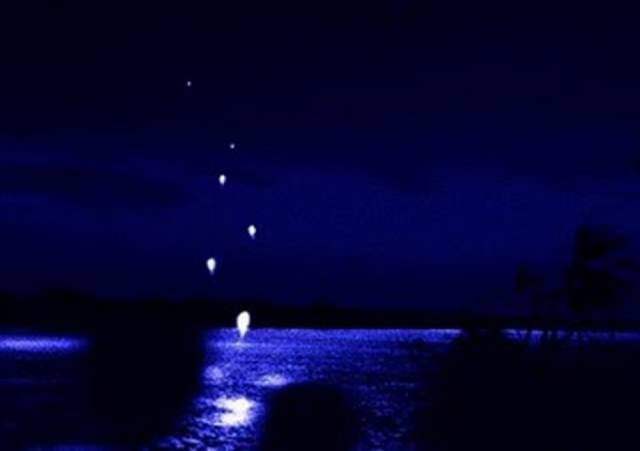 
In Jatinga Valley, India, birds have behaved very unusually for centuries: they circle very low, and some even fall to the ground semi-conscious.

Birds usually find their way by the sun and the magnetic field of the Earth. The reason for their strange behavior must be in geophysical anomalies. 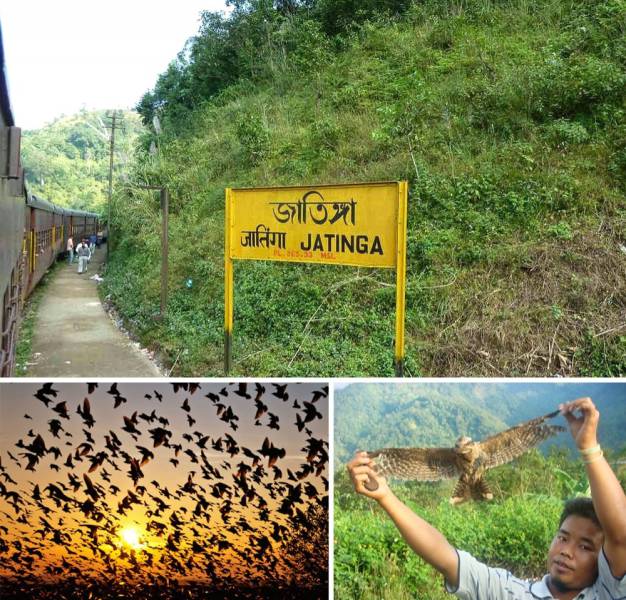 
A strange object was found on the bottom of the Baltic Sea, looking like a UFO. Scientists haven’t yet come to a consensus about its origins. It’s made of basalt, so it is not a spaceship. Theories are that it’s a result of glacier meltdown or a secret Nazi military facility from WWII. 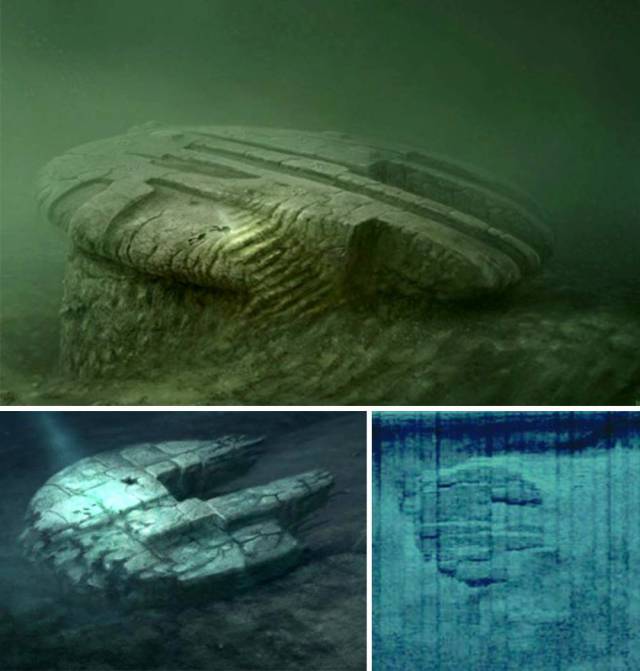 
Perfectly round and slowly turning circles of ice are formed by eddy flows in rivers. A piece of ice begins to turn, grinding down its corners on the surrounding ice and becoming a perfect circle. The phenomenon has been reported in Scandinavia, North America, Germany, England, and Russia. 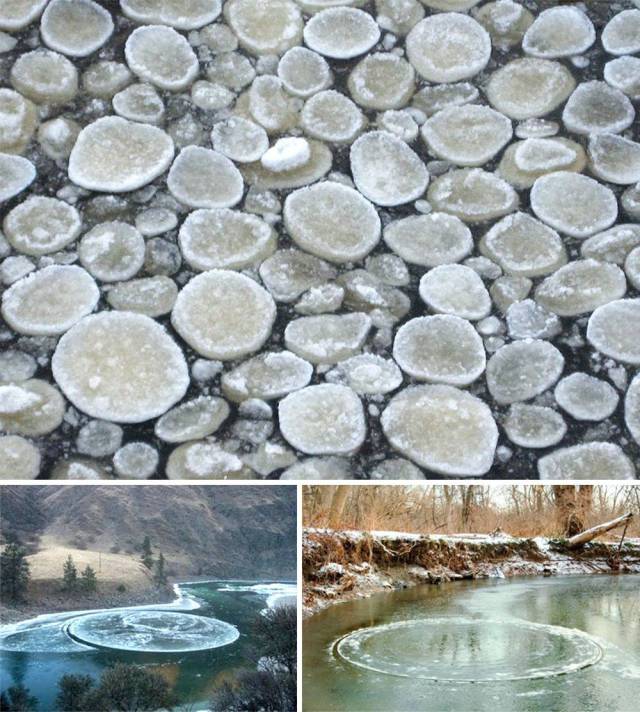