The true size of Greenland

Let’s first take a look at Greenland. A very large country, right? Almost as big as the entire continent of South America.

But when its position is shifted to the same latitude of the USA, it’s clear that Greenland is nowhere near as big as we thought. And when moved still further to the equator, we can see that it’s nothing special compared to other islands. 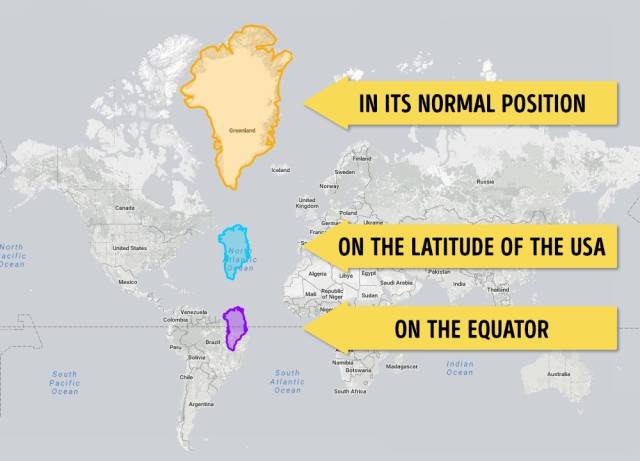 Here’s what would happen if Australia was at the same latitude as Russia and Europe.

It seems that Australia isn’t particularly large. Firstly, this is because it’s close to the equator. Secondly, it’s separated from the other continents and thus difficult to compare with anything else. But take a look at this map... 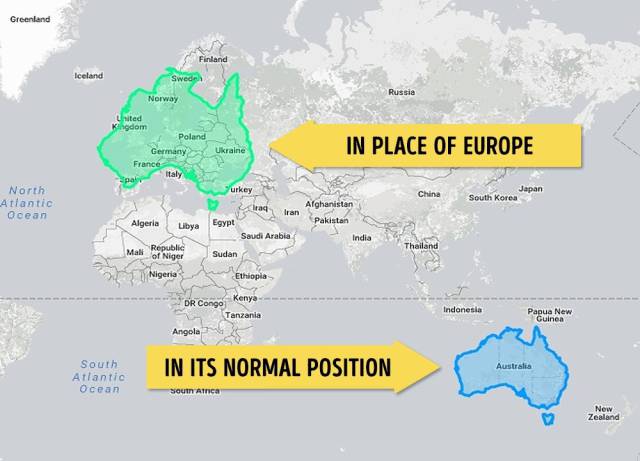 Look at how the shape of Australia has changed when it’s moved to the north. This is because it’s now within the Arctic Circle, much closer to the pole, and as a result it becomes stretched. 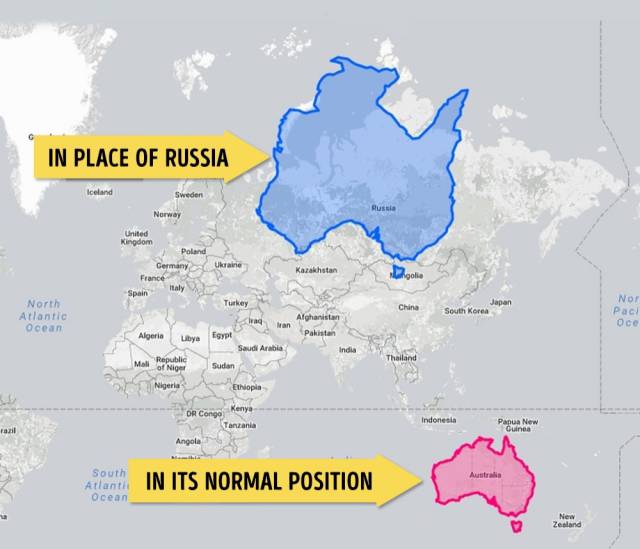 And here’s the USA (minus Alaska) in comparison to Australia. As you can see, they’re practically the same size.
4 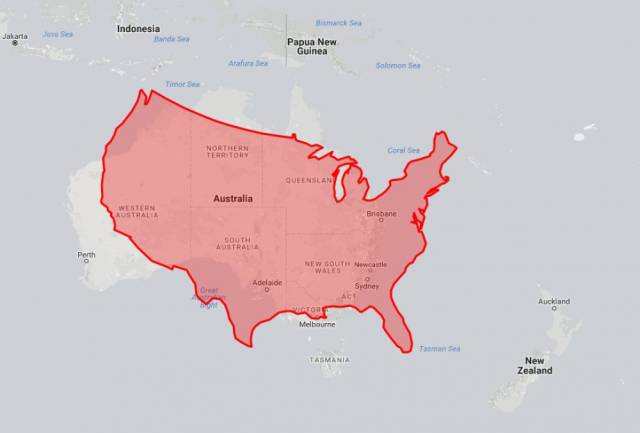 It seems that Mexico is quite a large country.
5 And here’s the real size of that most mysterious of continents — Antarctica.
6 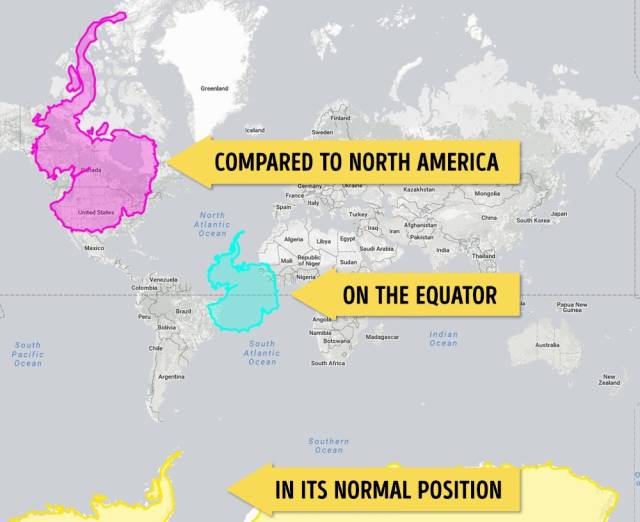 So what’s the real size of Russia?

Russia’s not only the largest country in the world but also the most northerly. This is why on the map it looks absolutely huge, larger even than many continents.

But when Russia is moved to the equator, it becomes clear that it’s actually two to three times smaller. 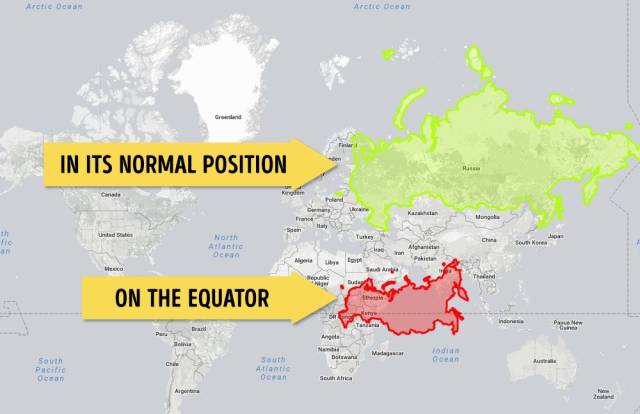 Take a look at how Alaska’s size gradually changes as it’s moved towards the equator:
8 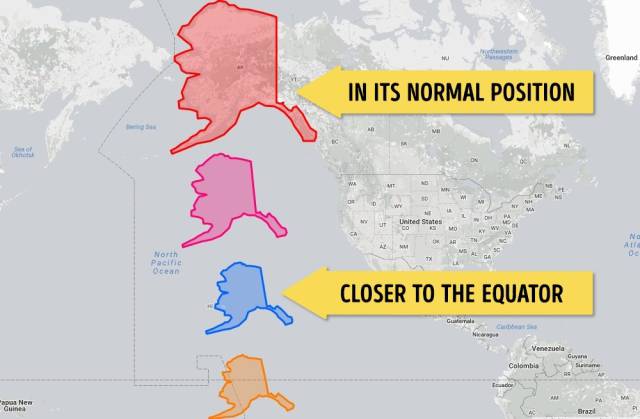 This is what China would look like if placed in a northern position, such as that of Canada:
9 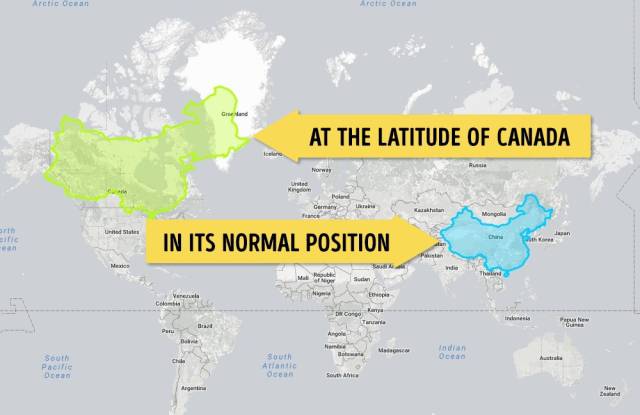 Compared to the USA and Russia, India is actually nowhere near as small as it seems.
10 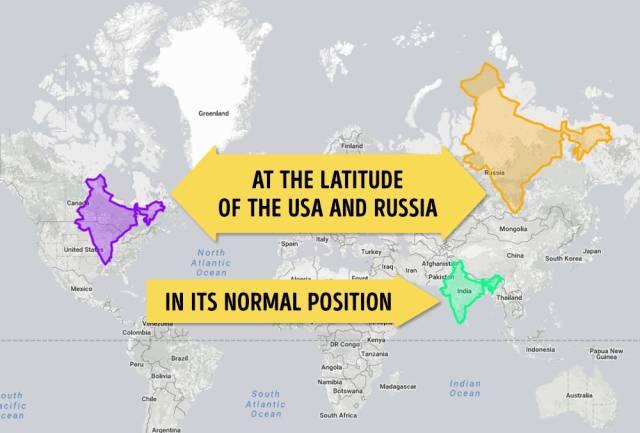 If the Democratic Republic of Congo was in Europe, there would be practically no other countries left.

All of the countries on the African continent look quite small. This is because they’re located at or close to the equator. But look at how the Republic of Congo covers almost half of the USA and a large part of Europe. 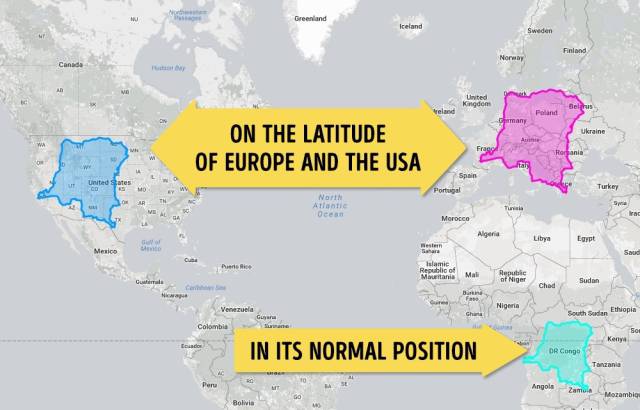 The largest countries in Africa at the latitude of Russia:

Algeria, the Democratic Republic of Congo, Sudan, Libya, and Chad are all relatively large countries, but normally it’s hard to appreciate this because of their geographical positions. But once they’re moved collectively across the globe, they’re actually nearly as large as Russia. 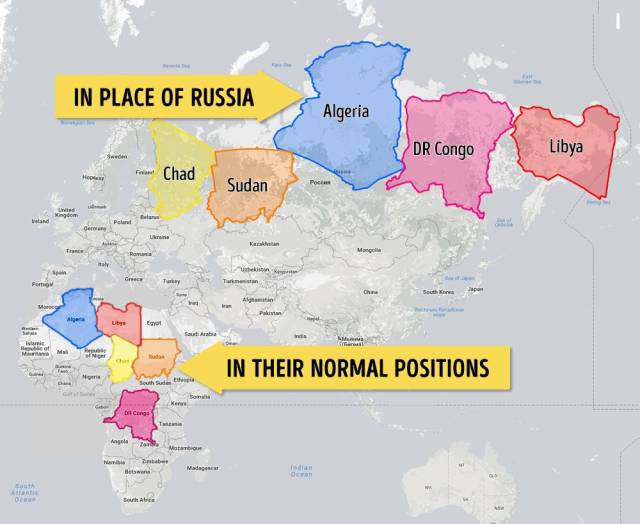 Russia, of course, remains huge as before, but it’s nevertheless no longer so titanically large as it first seems when at its normal latitude. Here we can also see much better just how large Australia really is.

Here are some other cartographic projections that experts use to try and provide a realistic depiction of the Earth’s geography: 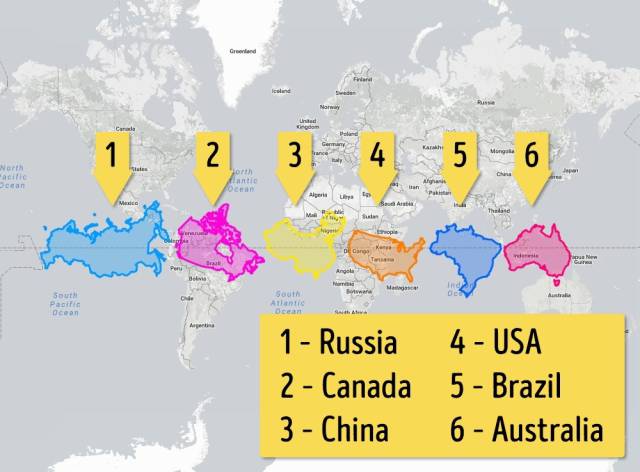 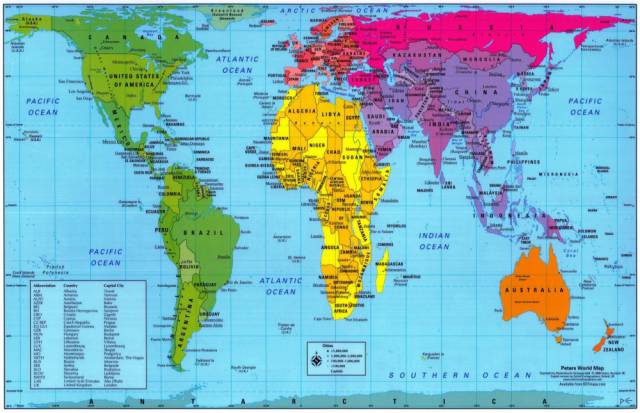 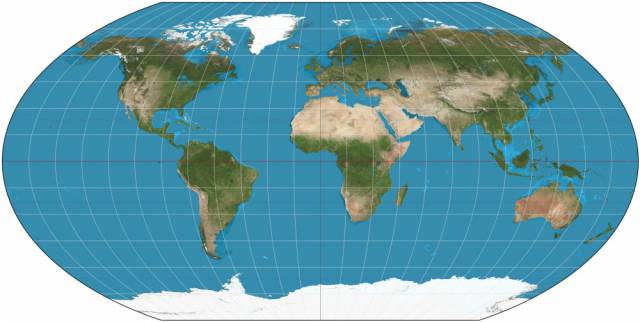 Tymusz 2 year s ago
countries don't grow or shrink. This is just the result of the projection of the map. this is stupid.
Reply
0 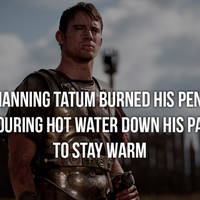 Rhoda 1 year ago
Interessant. Thanks!

The best is "six largest countries along the equator".

The USA are smaller, than i thought.