jeskris 5 year s ago
Dicks were most likely sucked.
Reply

Laura Stevens, 34, and her friends Sarah Hunt, 35, and Laurie-Lin Waller, 33, decided to come later to the airport due to their flight being delayed by three hours. What they found on arrival, was that everyone except them came in time and were moved to earlier flights, which left the delayed one exquisitely for the trio. They were moved to business class after paying only 80 pounds (~$100) for economy return ticket, and were serviced like rock stars. They got access to the executive suite, unlimited champagne, a free three-course meal, selfies in the cockpit and a full airplane to their service. They still can’t believe their luck to experience a private flight, and they say it was an unforgettable Christmas present. 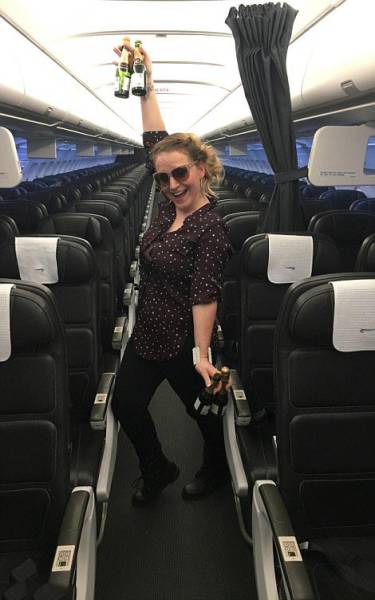 X
These Girls Prove That Coming Late Can Sometimes Make You First…Class Passengers!
>
1/12
<

jeskris 5 year s ago
Dicks were most likely sucked.
Reply