If you’re familiar with the chrome://flags shortcut in Google Chrome, the System UI Tuner is more or less that. To activate it, pull down the Quick Settings menu, then hold down on the gear icon in the top right corner until it starts spinning. It should take 5-7 seconds. 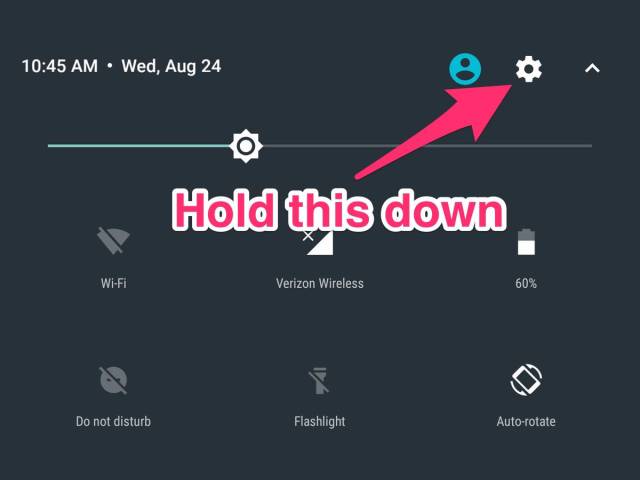 Let go, and you’ll see this little notification at the bottom of your display. 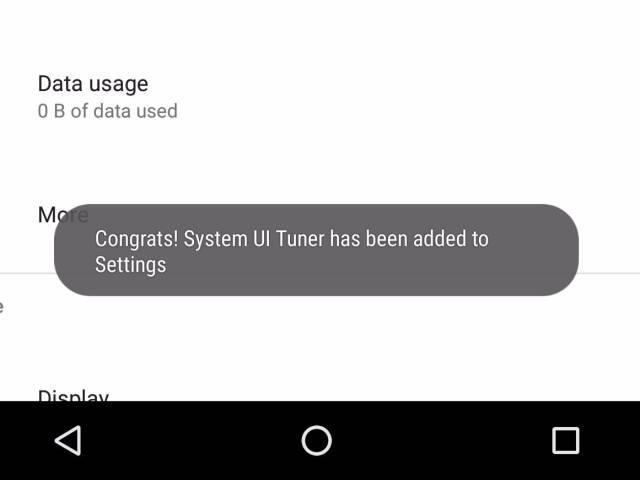 You’ll know you did things right if you see a little wrench symbol next to the Settings gear. 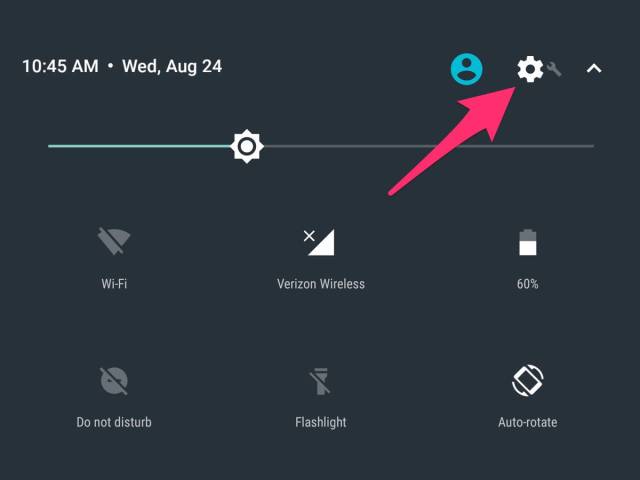 To find the Tuner itself, go into Settings, then look under the “System” section. It should be toward the bottom. 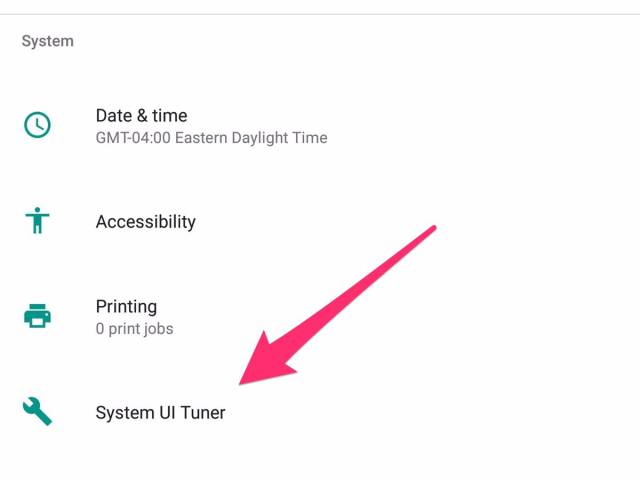 You’ll see this warning the first time you hop in, giving you the usual spiel about how all of this is hidden for a reason. 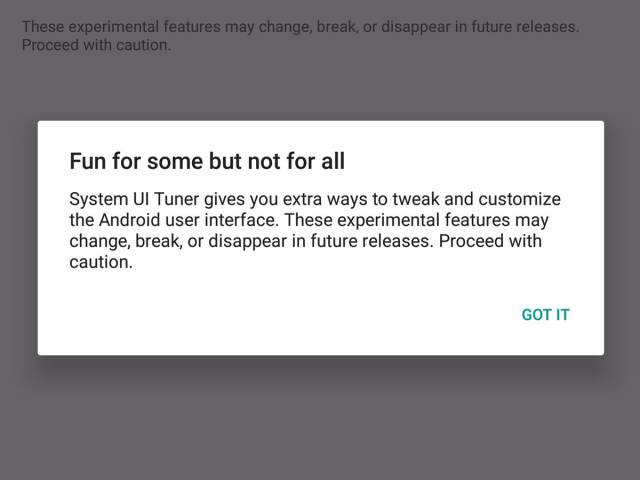 For what it’s worth, I’ve seen the occasional moment of sluggishness in my time tinkering with things, but I’ve yet to run into any device-bricking bugs. 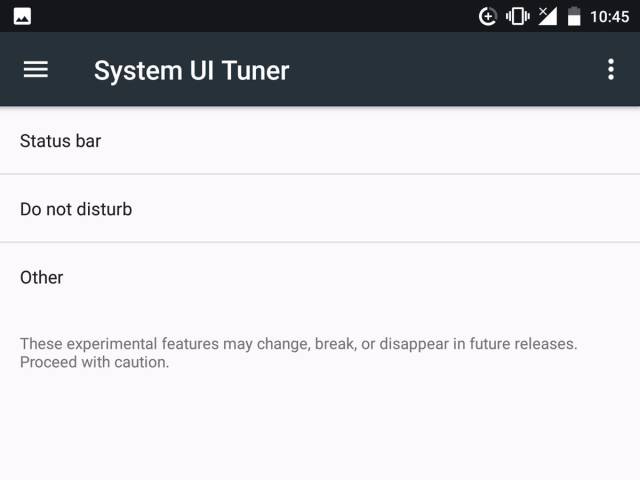 From there, you can hit the "Status bar" tab to mess with how things look in Android’s status bar. One handy toggle lets you see the battery percentage over the top of that icon, for instance. 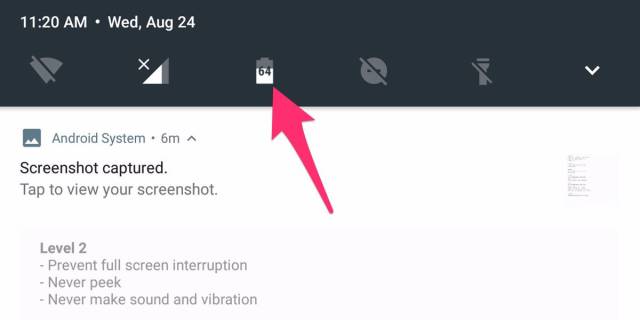 You can set it so that number is always showing, never showing, or only showing while charging.

You can also adjust the clock to show seconds alongside minutes and hours, because why not. 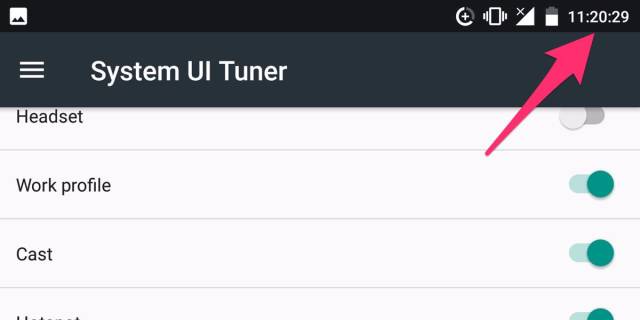 You can also change which settings you want to be in the status bar in the first place. For instance, if you rarely use airplane mode or Bluetooth, you can hide those icons from wasting space. 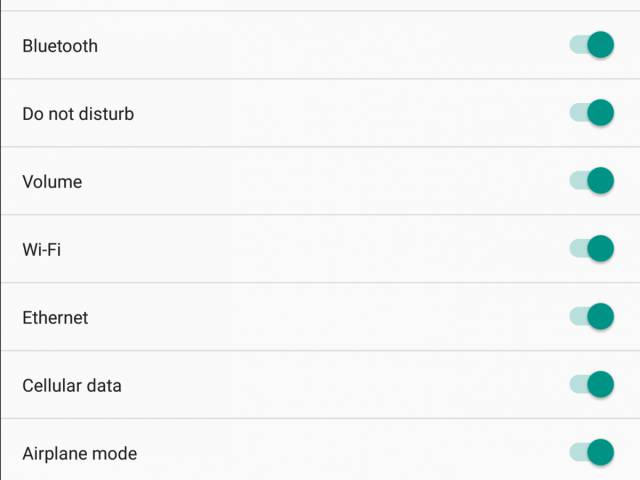 Head back out and you can make tweaks to Android’s “Do Not Disturb” mode, making it so a toggle shows up whenever you adjust the volume. 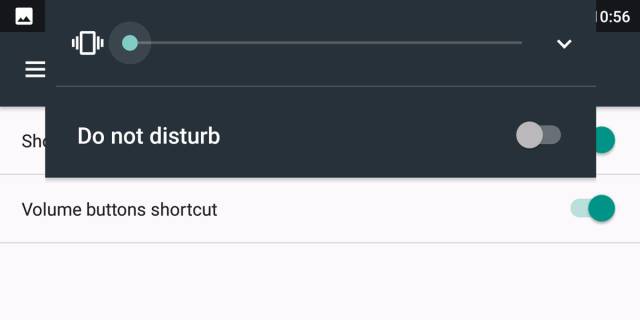 But the Tuner’s most interesting bits are usually in the “Other” section. The main thing there now, for example, is an option called “power notification controls." 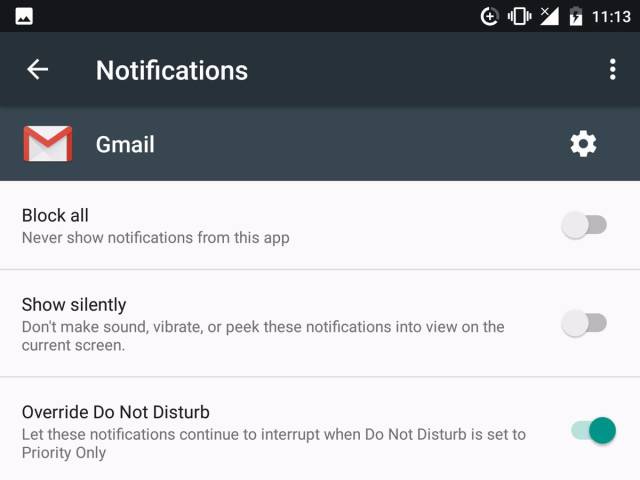 Normally, Android leaves most of an app’s notification preferences up to the developer. Nougat gives you a set of options to adjust those, but they’re fairly simple: You can block all of a given app’s notifications, make them all silent, or prioritize them to override Do Not Disturb mode.

With those "power notification controls," each app's notification options are warped into a more granular, six-level scale. If you set an app to Level 0, you’ll block it from providing any notifications whatsoever. If you set one to level 5, any of its notifications will override your whole screen, much like what you get with a phone call (provided that app has “full screen interruption” ability in the first place). 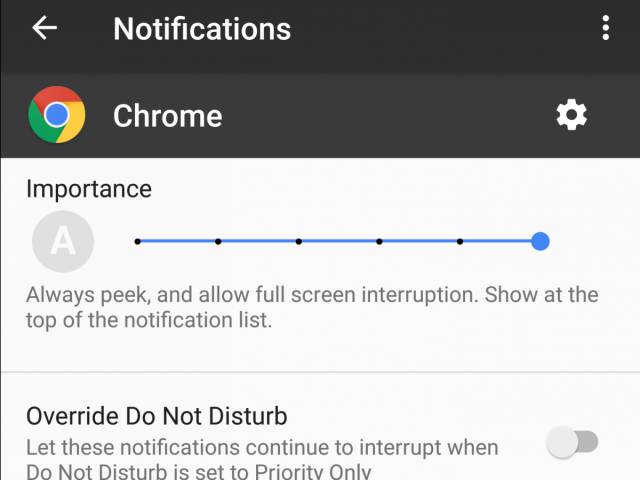 In between, you can stop certain notifications from “peeking,” or popping up in a little card over the top of your display. You can see the full scale below — either way, it should come in handy if you’ve very particular about when you want certain apps to bug you. 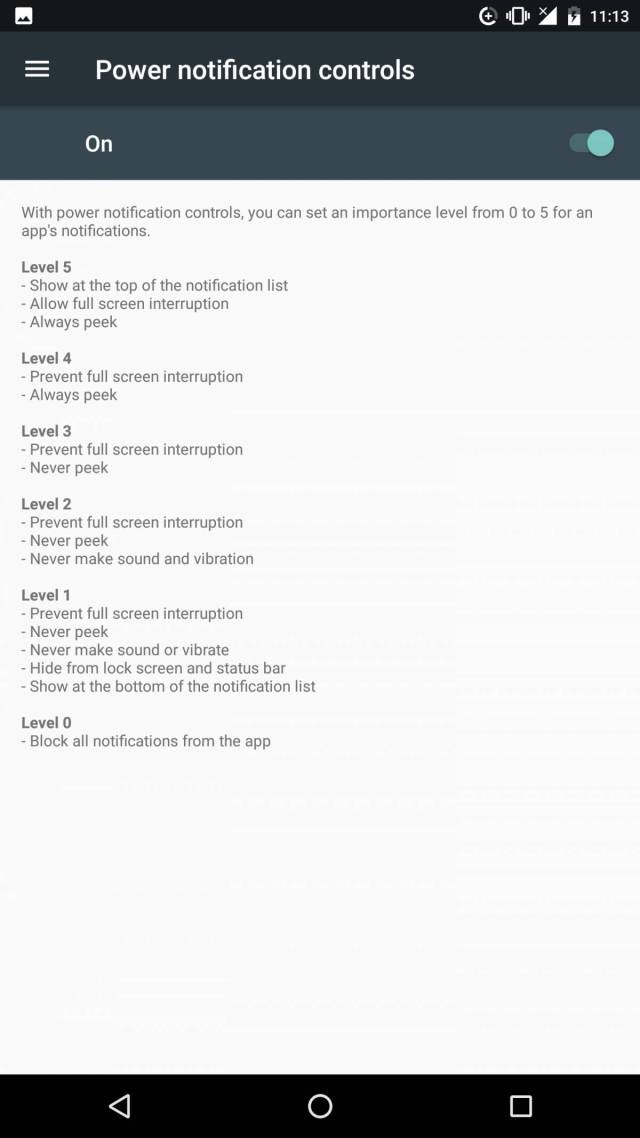 If you have a phone with access to the System UI Tuner, it's worth checking back in after each Android software update. Back before Nougat was released, for example, Google tested out an OS-wide dark theme as well as a night mode. The latter eventually resulted in the "Night Light" setting that's available on Pixel phones today. 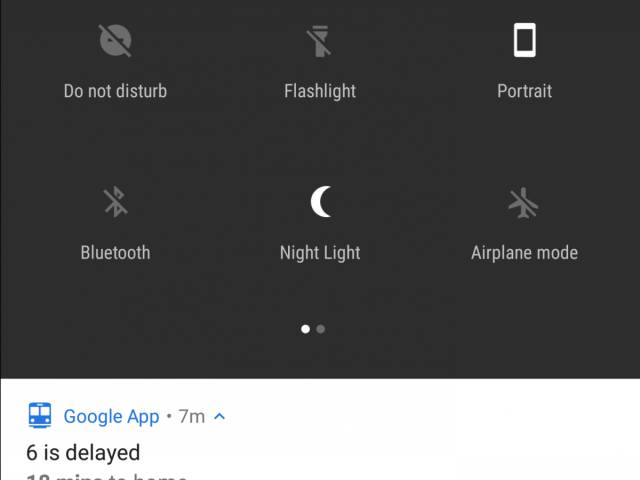 All told, there’s nothing particularly game-changing here, but it’s still fun to see the tricks hidden beneath your device’s surface. If you don’t think it’s worth it, though, you can hit the dotted hamburger icon at the top right corner of the Tuner page, then tap “Remove from settings.” Android will immediately go back to normal. 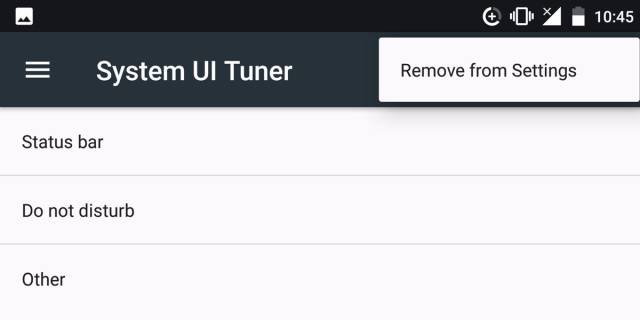