In fact, this little hole on the grounds of Shropshire, UK, leads into a system of underground caves, hidden less than a meter below the ground, which were made by medieval Templar Knights – the religious order which lead the Crusades and was feared at their time for their power, wealth and influence. The caves were probably used originally as a temple, and then were occupied by various sects and secret gatherings throughout the centuries. Although these caves were closed for visitors back in 2012, photographer Michael Scott sneaked inside to take pictures for the world to see. 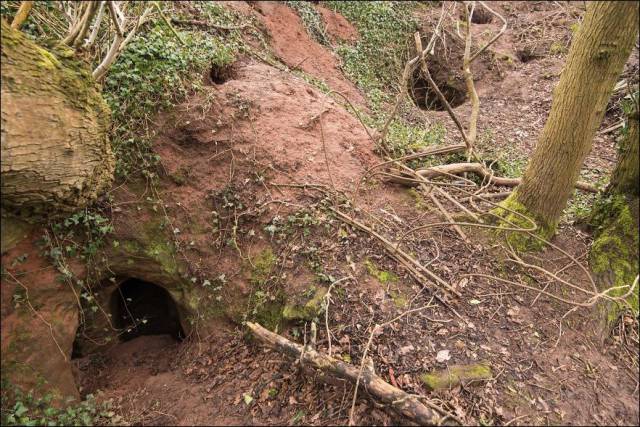