Let’s just start with a little note here: the Dubai Police Force has the most opulent and fast fleet of automobiles in the police game. Their collection of souped-up cars is worth over $6.5 million. This Bugatti Veyron is arguably the crown jewel, with a price tag of $1.6 million, and a top speed of over 250 mph. Vrooom… 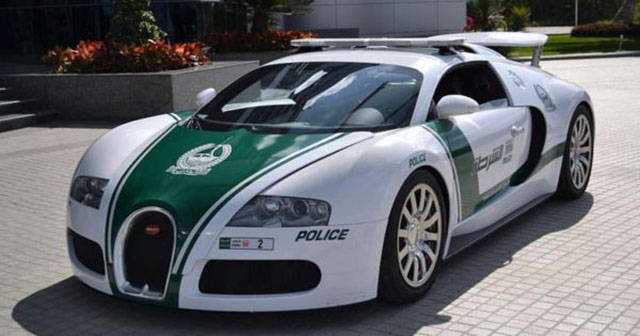 We think most cops would agree that no police force is truly complete without a British mid-engined Ferrari-fighting supercar. The downside would be having enough space in the McLaren to transport any criminals back to the jail. It’s okay, a ride of this caliber gets to delegate such responsibilities to lesser rides in the fleet. 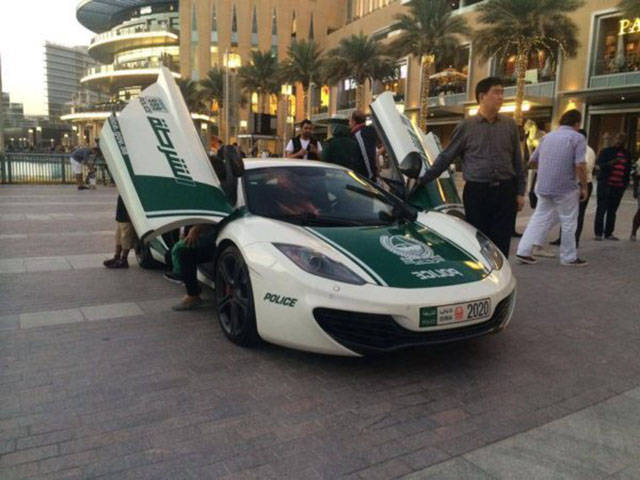 203mph, 0-62mph in 3.7 seconds, 560bhp and four-wheel-drive. The Italians do not mess around when it comes to chasing down speeders. The Gallardo was replaced by the similar Huracan, after a careless driver put the Lambo into a line of parked cars. Lamborghini donated these rides to the Italian State Police to help ‘accident and crime prevention and sustain security on Italian roads.’ We’d probably be having too much fun driving the Lambos to have time to stop and issue tickets. 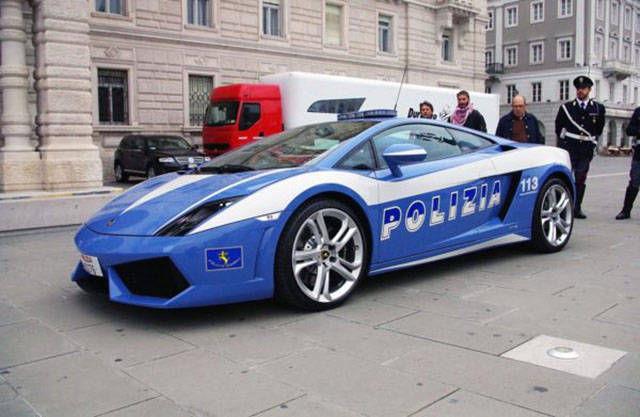 This dopelicious bike is the Ducati Hypermotard 821, and it’s incredibly badass. This is what Dax Shepard and Michael Peña are flying around on in CHIPS. It would take some world-class evasive maneuvering to escape one of these beasts. 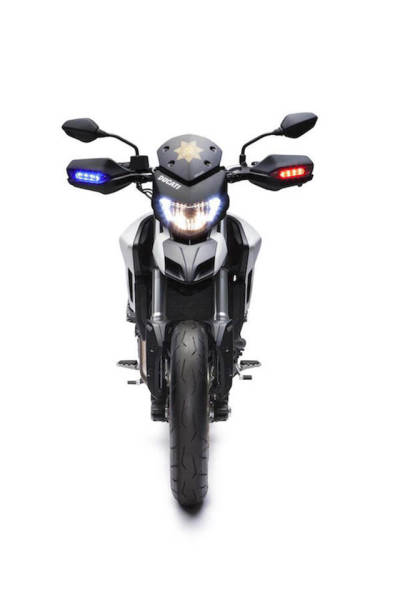 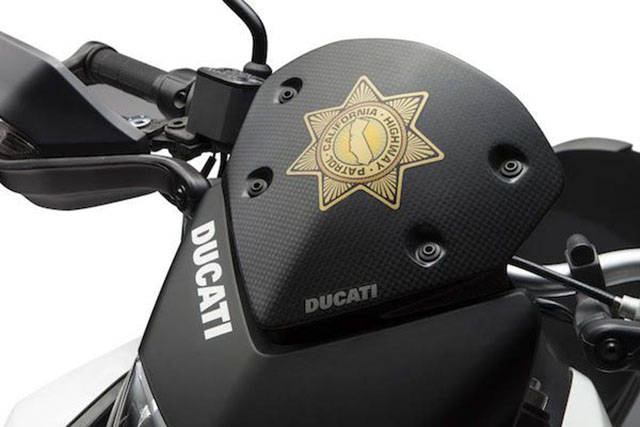 The zippy Lotus Evora S has been used by the Carabinieri in Rome, as they police matters both civilian and military. The light body allows for the Evora to be super quick and agile. It’s equipped with a fridge for emergency organ transfer, in case you’re in the market for an immediate transplant. 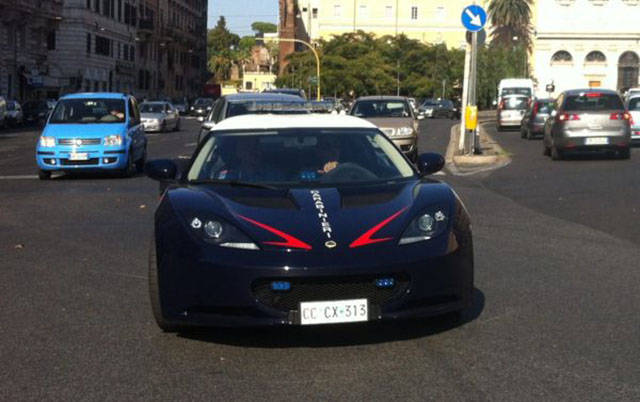 Oh hey! The police in the Uniked Kingdom have the Lotus, too! So that’s fun. 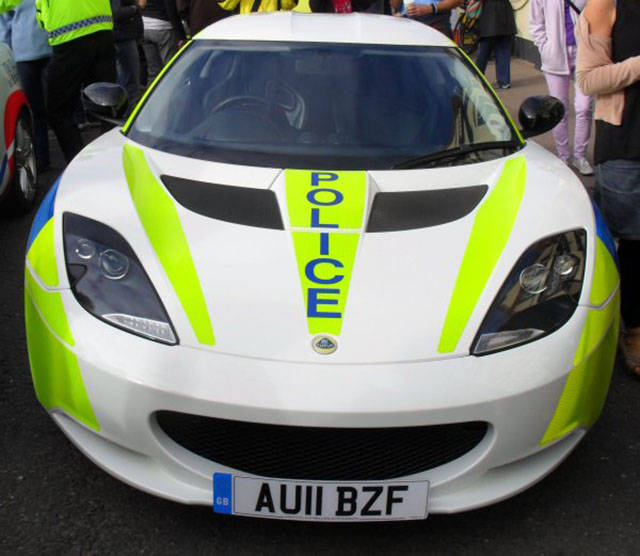 Oh, you think you can drive as fast as you want on the autobahn? Not the case. If you think you’re going to max out that supercar of yours, it better be pretty super, because the German po-po are going to be rolling up on you fast, quick, and in a hurry in this modified Mercedes-Benz CLS that can get up to 225 mph. 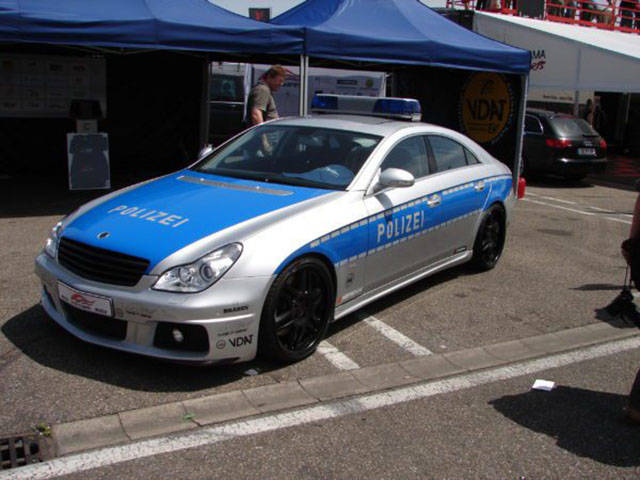 They say you can’t beat American muscle… at least in America we do. The Dodge Charger has become a prominent figure in police forces across the country. Chrysler claims it to be the fastest American police car in history. The badass silhouette and aggressive front end makes the hair on your body jump to attention when you see this police muscle beast in your rearview mirror. 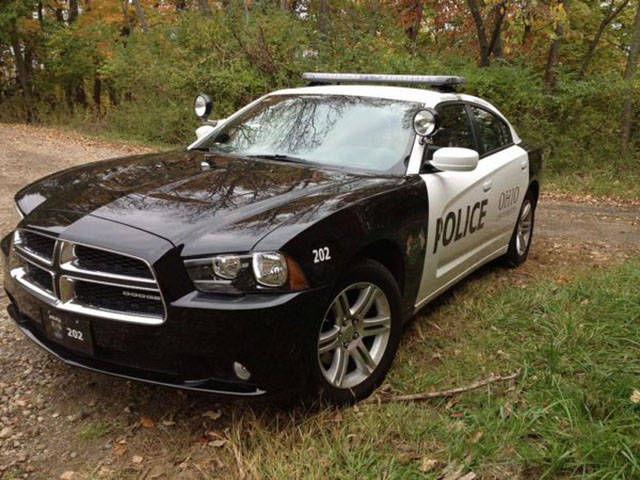 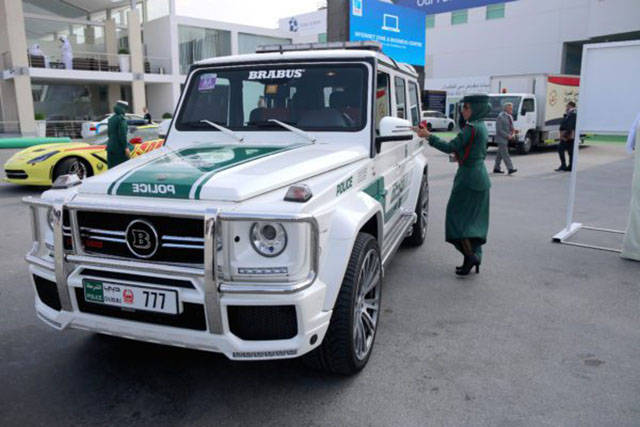 The blue are going green. The BMW i8 is one of the premier eco-friendly supercars on sweet mother earth. It’s an innovative plug-in hybrid, that uses eDrive technology to combine the efficiency of an all-electric motor and the power of a TwinPower Turbo engine to catch any litterers and polluters who try to run. 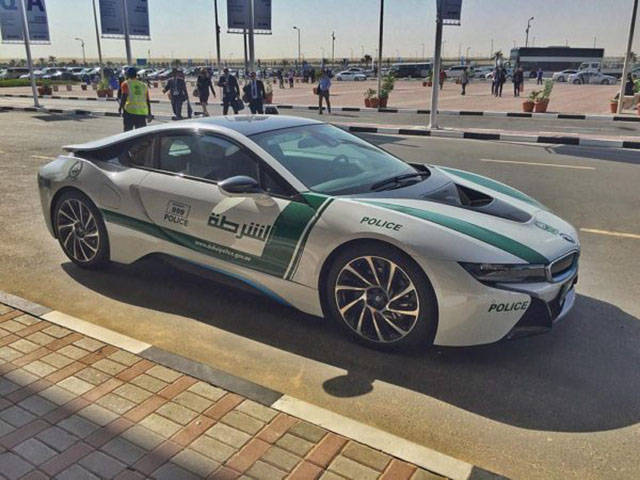 Police forces across California have started using bikes from Zero, an electric motorcycle company. These allow the police to have an extra element of surprise and secrecy with super quick and quiet acceleration to catch their targets. The Zero MMX model has been modified for U.S. Special Operation Forces, and is now being used by the LAPD. 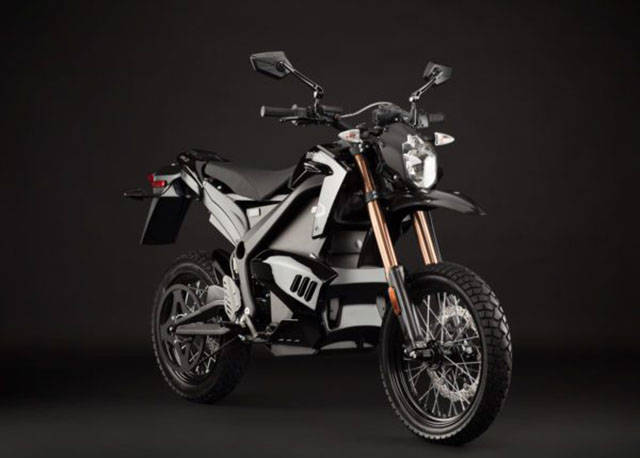 The West Midlands Police are keeping it luxurious in their Jaguar XF. Don’t they market their cars as the choice of villains? Guess you have to drive like a villain to catch a villain. 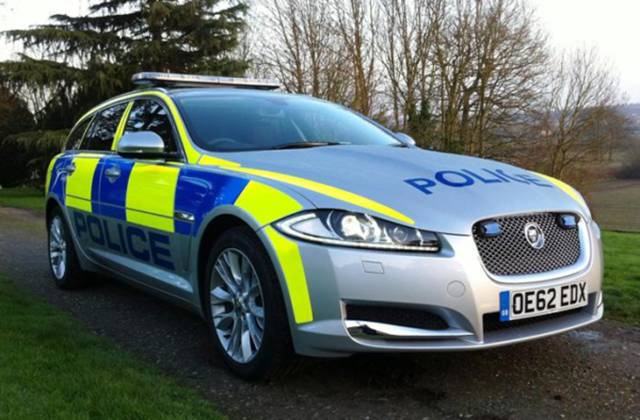 We’ve loved on the Dubai police cars quite enough, so here’s a street version of one of their babies. Say hello and goodnight to the Aston Martin One-77. It seems pretty impossible to not feel like 007 in the One-77.

It’s not old, it’s vintage. This Mustang was a landmark vehicle for US police forces. Produced from 1982-1993, it was a favorite of the California Highway Patrol. The SSP abbreviation means “Special Service Package,” a special Foxbody Mustang trim made exclusively for law enforcement use. The car used to be marketed with the tagline: “This Ford chases Porsches for a living…” 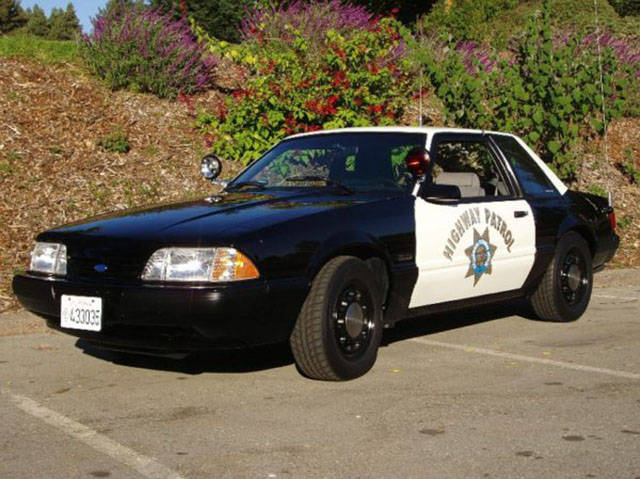