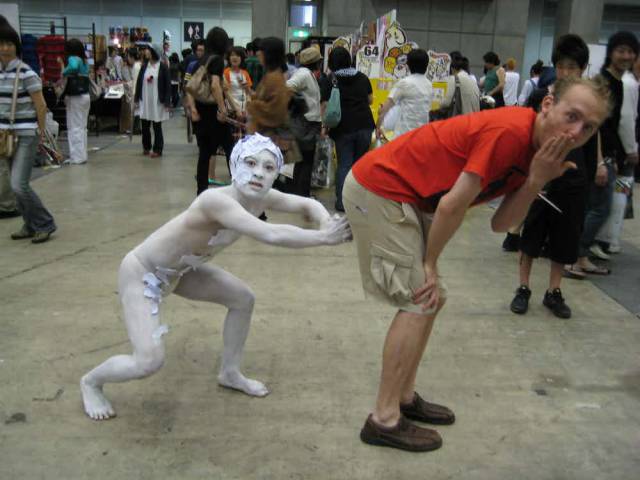 Now we all like to prank each other no matter what country you are from, but in Japan they have a popular prank that they’ve been doing for years. It’s called Kancho.

So what exactly is Kancho? According to our good friends at Wikipedia, Kancho “is a Japanese prank performed by clasping the hands together in the shape of an imaginary gun and attempting to poke an unsuspecting victim’s anus, often while exclaiming “Kan-CHO! The word is a slang adoption of the Japanese word for enema.”

You read that correctly. People go around sticking their fingers up people’s rear-ends and then laugh in delight at their pain, suffering and humiliation. The Japanese have been doing this to each other for years and they love it. Nothing like waiting until your friend bends over and then pointing your fingers in the shape of a gun up their rectum.

Can you imagine trying to do this in the States? You’d probably get shot, if you were lucky.