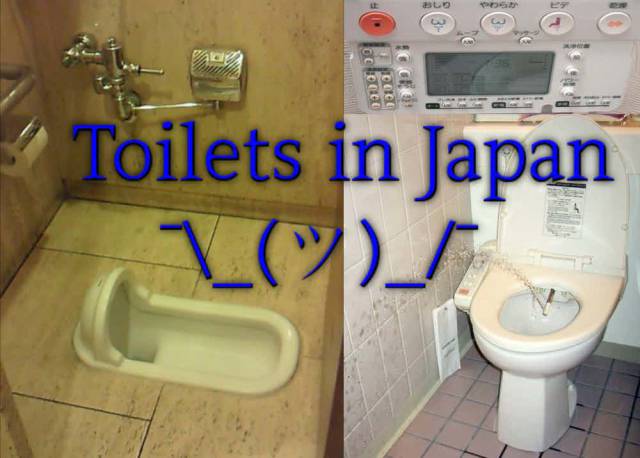 Going to the bathroom in Japan can be quite complicated, especially for tourists or people who have never been there before.

There are basically two main types of toilets. First there are the traditional squat type toilets, also known as “Asian toilets”, which are rarely found in North America, and if you do locate one, you’re probably in a really questionable part of town. Then there is the ultra modern toilet, which looks more like the cockpit of the space shuttle.

These modern toilets, which are usually the most common ones, often have dozens of buttons and features that are largely unheard of and very confusing to us Westerners. Flushing the toilet can be a real challenge as you often have no idea which button to actually press. These toilets ” include many advanced features rarely seen outside of Asia. The feature set commonly found are anus washing, bidet washing, seat warming, and deodorization,”according to Wikipedia. There’s also a choice between big flush or little flush, and even a radio, if you feel the need to listen to some music, or a weather report.

The entire process is bizarre, even with the pictures next to the buttons, I still get it wrong every time.