This Is Where The Great Of The World Live (20 pics)

Palácio da Alvorada in Brasília, Brazil, has housed every Brazilian president since 1956. The modernist digs feature a reflecting pool and sculptures by Brazilian artist Alfredo Ceschiatti. 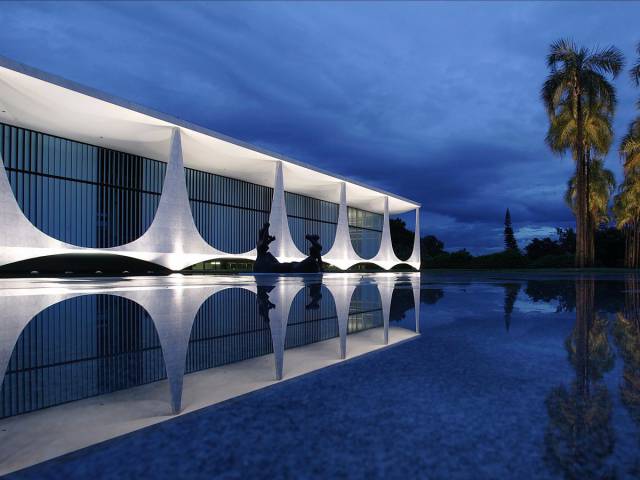 The minimalist home has private suites, a giant living room, and a basement that houses an auditorium, game room, warehouse, and kitchen. 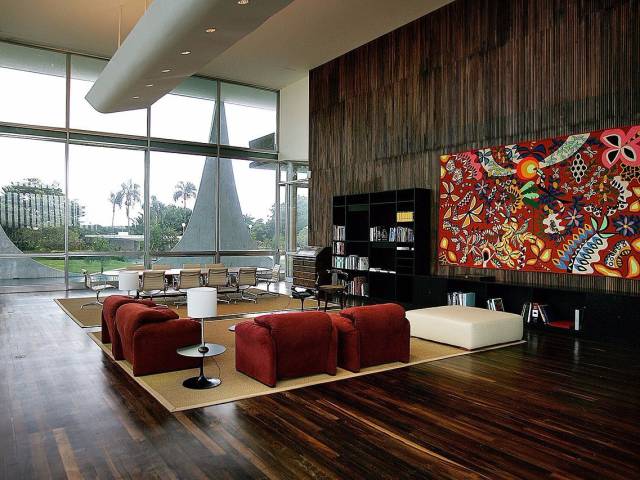 Near the famous Champs-Élysées in Paris, France, the Élysée Palace (or Palais de l’Élysée) has been the official residence of the President of the French Republic since the 1840s. French president François Hollande has lived here since 2012. 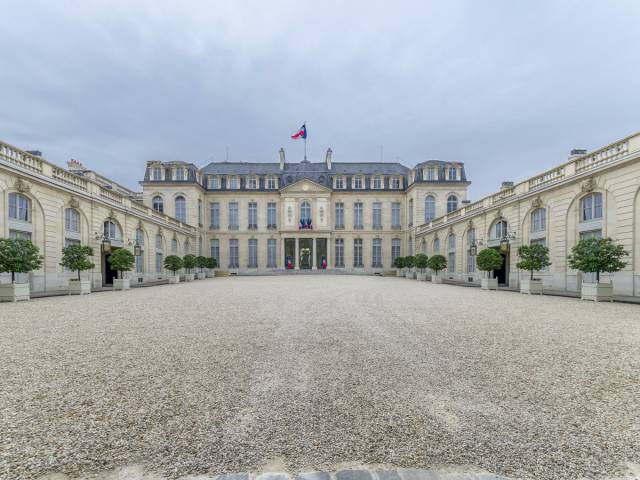 The palace, which was built in 1722, is dripping in gold. The best example of its lavish interiors is the Salle des Fêtes (or "Hall of Festivities"), where every French president is inaugurated. It is also the official room for conferences and banquets. 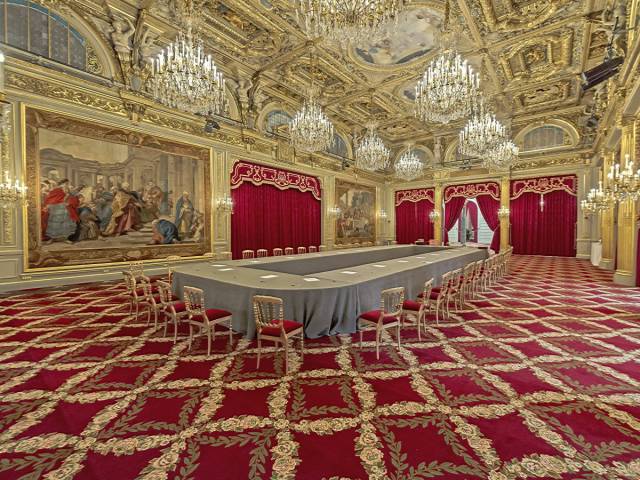 The president's office is known as the Salon Doré (or "golden room"), aptly named for the abundance of gold it features on its walls, doors, tables, and even chairs. 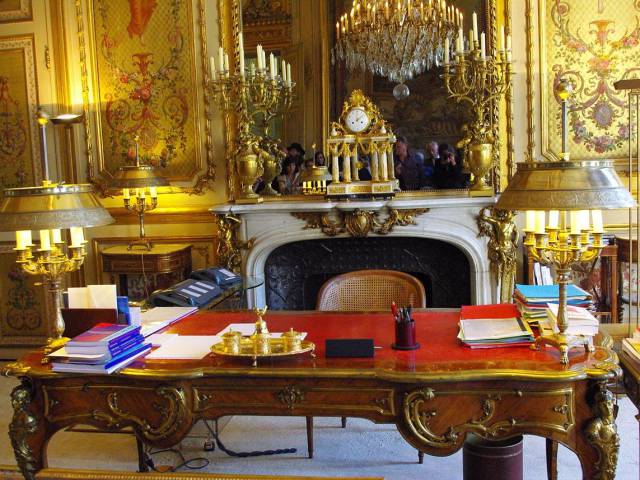 The Imperial Palace sits in the middle of Tokyo, but inside of a vast park surrounded by a moat and thick stone walls. It's home to Japan's Emperor Akihito and his family. 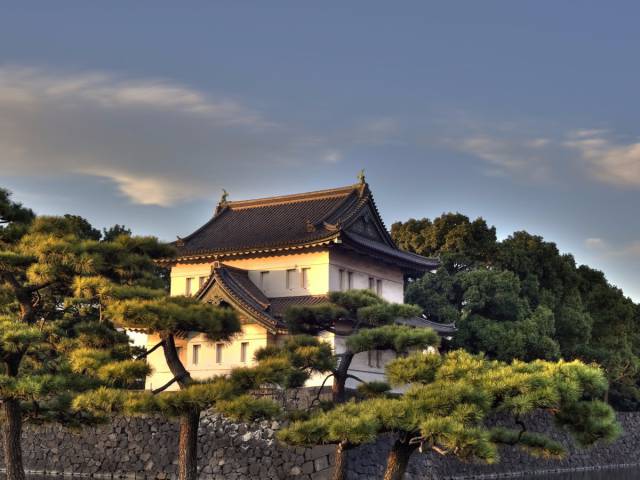 The White House, in Washington, DC, is probably the world's most famous presidential abode, and the Oval Office, the president’s formal workspace, probably its most famous room. This is where President Donald Trump confers with diplomats, staff, dignitaries, and heads of state. 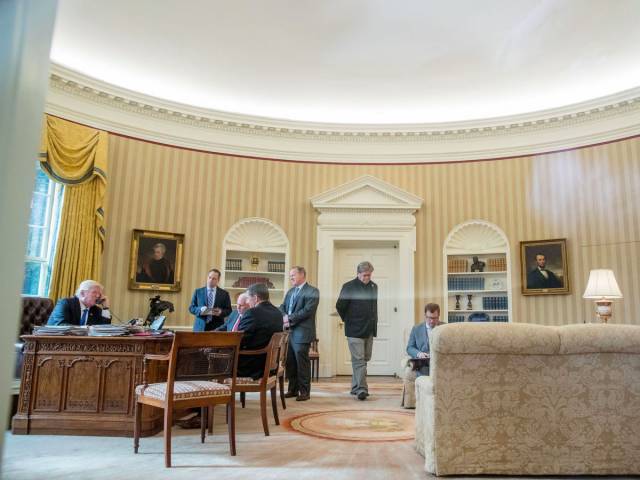 The White House features two dining rooms, one for the presidential family and one for the elaborate dinners held for world leaders. 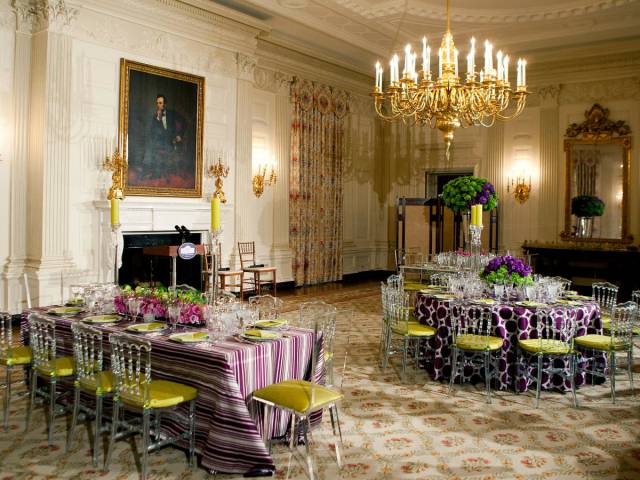 The Moscow Kremlin, meaning "fortress inside a city," was built between the 14th and 17th centuries. It houses the official residence of Russia's presidents. 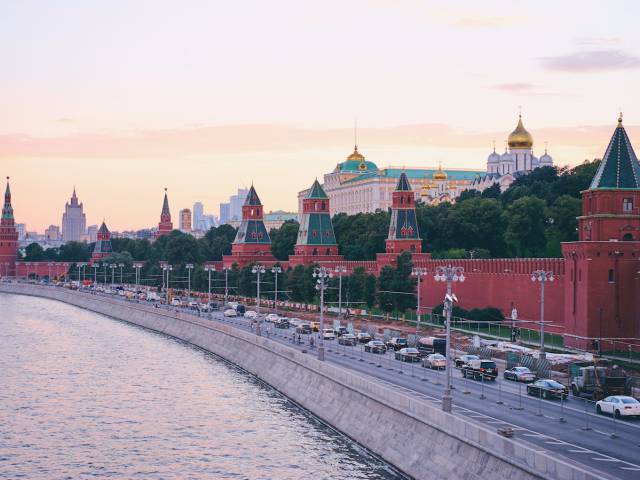 The Senate Building, inside the Kremlin complex, is President Vladimir Putin's official residence. 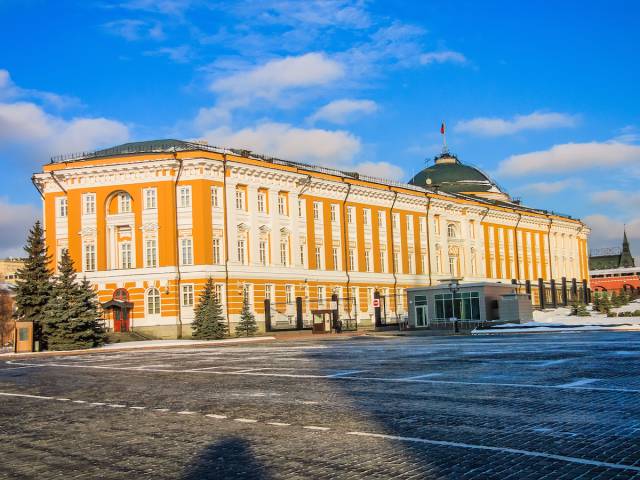 The Presidential Palace of Hanoi in Vietnam was built for the Governor General of Indochina in 1906. Today it's used for official receptions only. 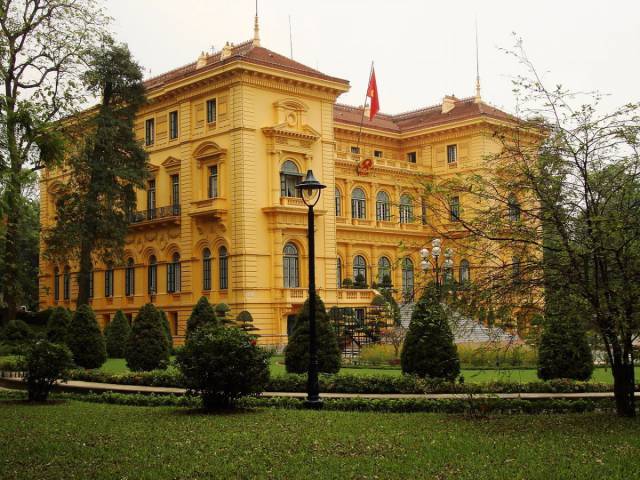 A carp pond surrounds the palace, which, like a lot of French Colonial buildings in Indochina, was designed by a French architect and looks distinctly European. 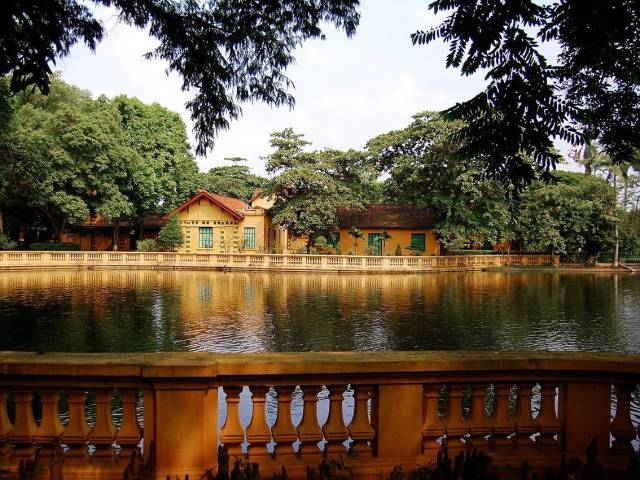 Though she's technically not the political leader of the country, Queen Elizabeth II resides in London's Buckingham Palace, which has been home to the British monarchy since 1837. 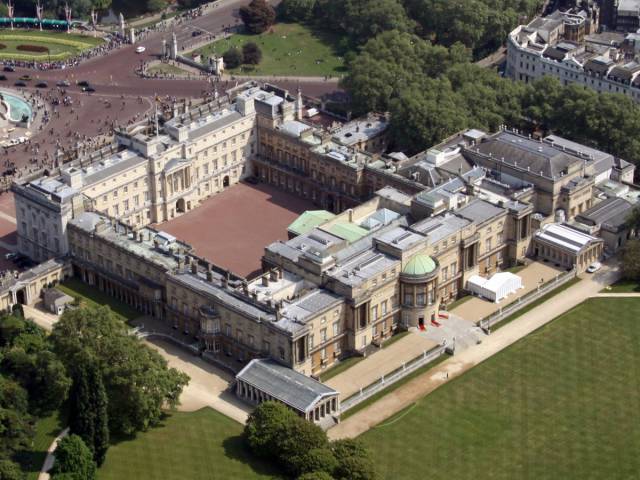 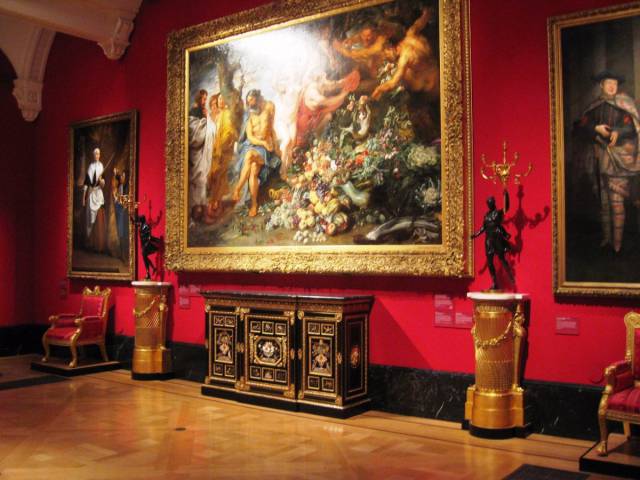 The British prime minister, however, lives in 10 Downing Street in London. Current PM Theresa May lives there with her husband, Philip. 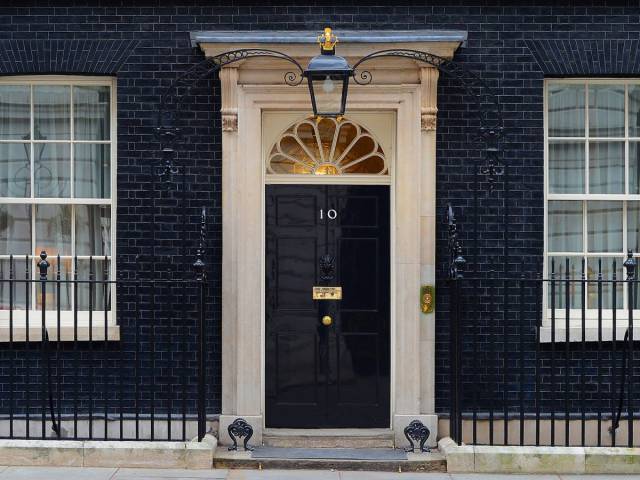 President Recep Tayyip Erdogan, the current president of Turkey, resides in Ak Saray (also known as the White Palace) in Ankara, Turkey. The palace cost $615 million to build and has more than 1,100 rooms, making it larger than both the White House and the Palace of Versailles. 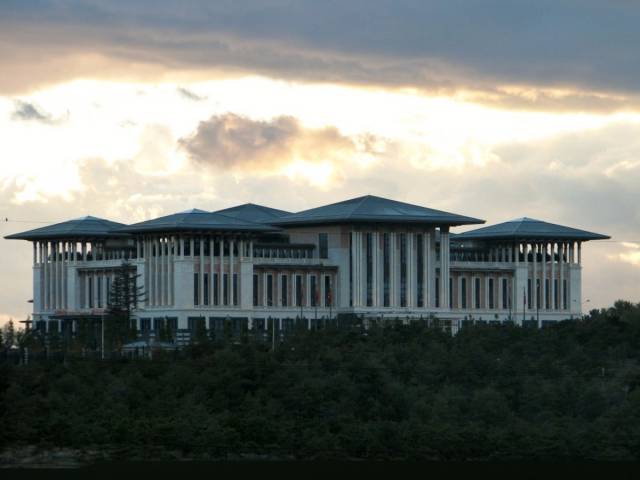 Bellevue Palace, a neoclassical palace in the middle of Berlin, has been the official residence of the president of Germany since 1994. German president Frank-Walter Steinmeier lives in it today, but it was built in 1785 for the youngest brother of Frederick the Great, became a school under Kaiser Wilhelm II, and was a museum under Nazi rule. 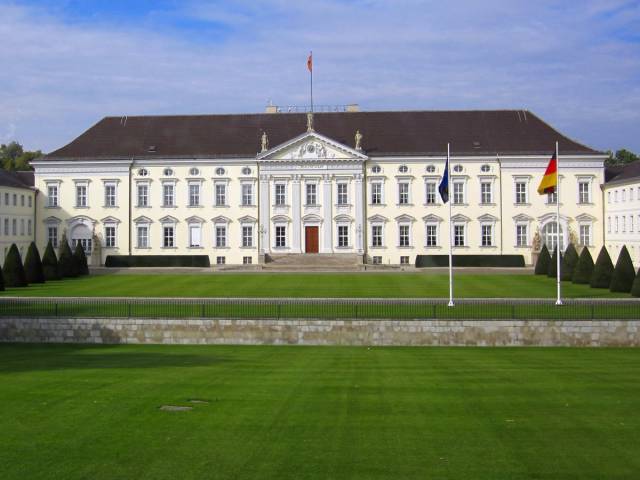 The Quirinal Palace in Rome, Italy, is one of three residences of the president of the Italian Republic. It is 20 times the size of the White House, and has been home to 30 popes, four Italian kings, and 12 Italian presidents. 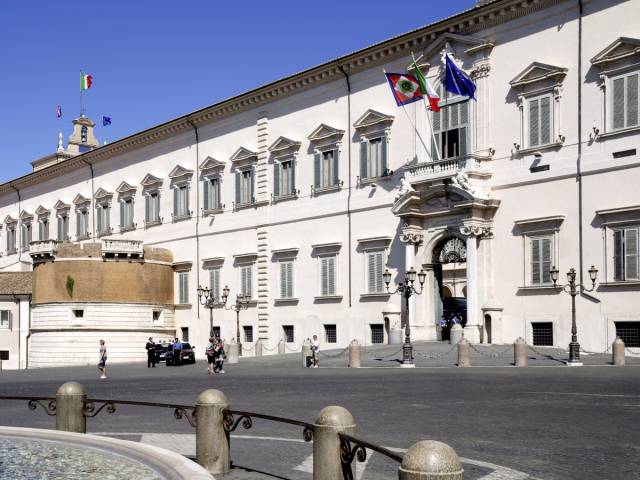 Current Italian President Sergio Mattarella has opened the 1,200-room, 16th-century palace to the public, as it houses temporary and permanent art exhibitions. 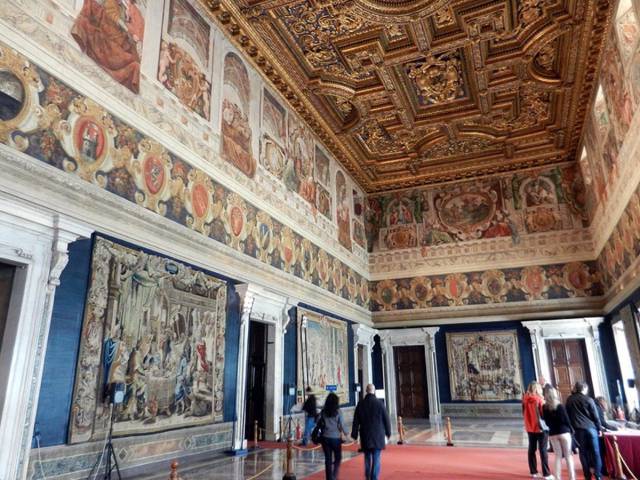 Perched on a hill in Vaduz, Liechtenstein, is Vaduz Castle, where Prince Hans-Adam II of Liechtenstein lives. Although it's closed to the public, on August 15 — Liechtenstein's National Day — large ceremonies are held on the lawns of the castle and participants are invited to the castle's gardens for a reception. 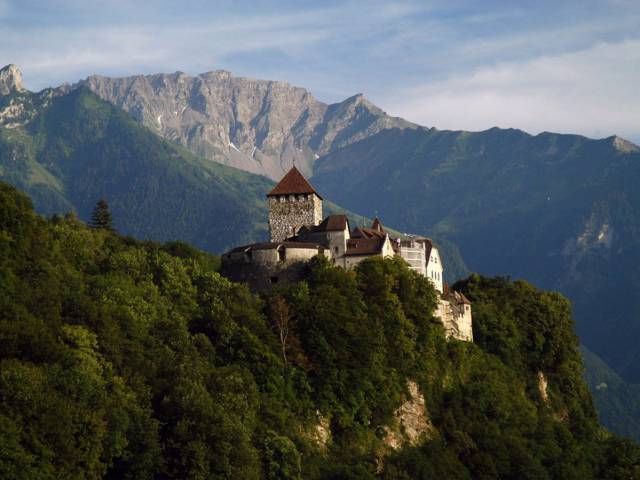