When Tom Hanks first read the script for Forrest Gump, he believed the film was going to be an absolute monster – So much so he waived his entire salary and rolled the dice that the film would be a huge hit.

Forrest Gump was every bit the global box office smash Hank’s thought it would be. It’s believed he made $70 Million of the total $677 Million box office take. 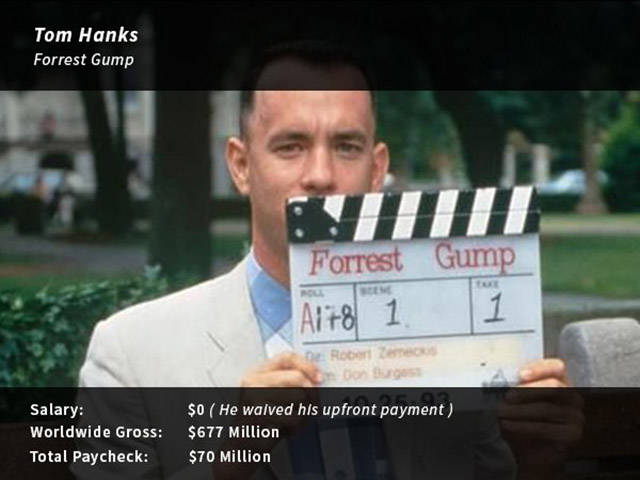