In 1996 nobody had any clue that Mission Impossible would be a hit. At the time Cruise was the biggest star in the world which allowed him to both star (for $20 Million) and produce the film. Because of his dual roles, Cruise negotiated a huge chunk of the eventual $465 Million gross and pocketing $70 Million. 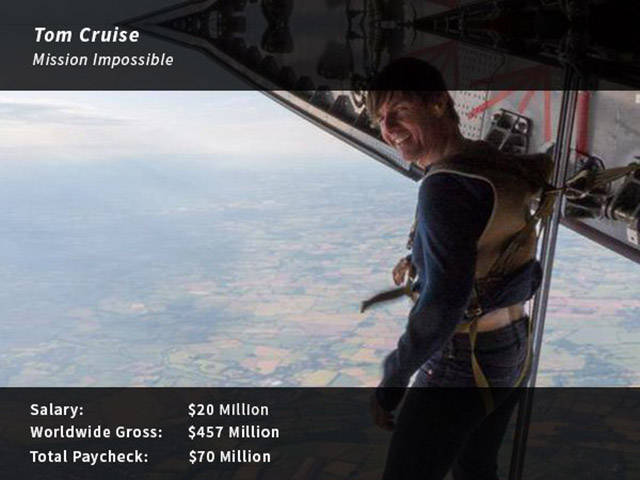