Johnny Depp has made over $300 Million on the Pirates of the Caribbean franchise, but in 2003 Disney didn’t believe Depp could resurrect the franchise, most people were vaguely familiar with it as a ride in Disney World. Depp was offered $10 Million to act in the film but he also secured a significant percentage of the film’s profits in perpetuity if his conjuring of Captain Jack Sparrow knocked it out of the park. The films’ collective grosses have sailed to multi-billion dollar tailwinds. There are rumors Depp could earn up to $95 Million for Pirates 5.

But if you ask Johnny how much money he’s made on Pirates he responds, “Money doesn’t buy you happiness, mate, but it buys you a big enough yacht to sail right up to it.” 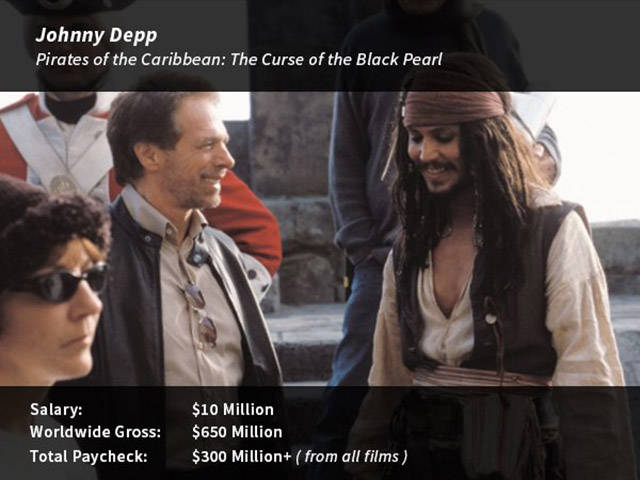