The Biggest Spoilers Of The New "Game Of Thrones" Season Are Here! (15 pics)

Daenerys Targaryen and her crew make it to Westeros. 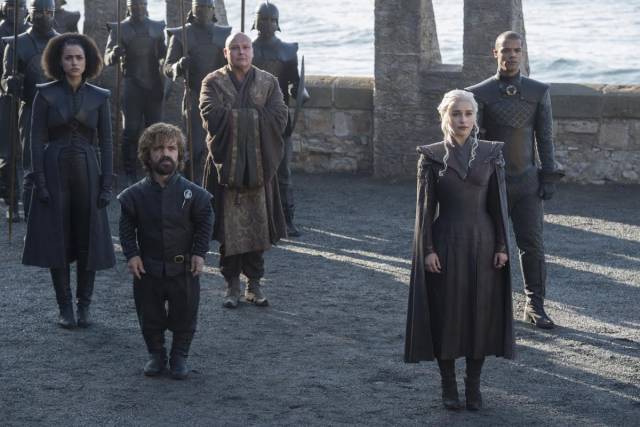 Looks like Dany and her really, really big crew have safely made it to Westeros. Looks like they're staring at something — or someone — important. This is probably Dragonstone, the original home of the Targaryens.

Tyrion Lannister is keeping an eye out. 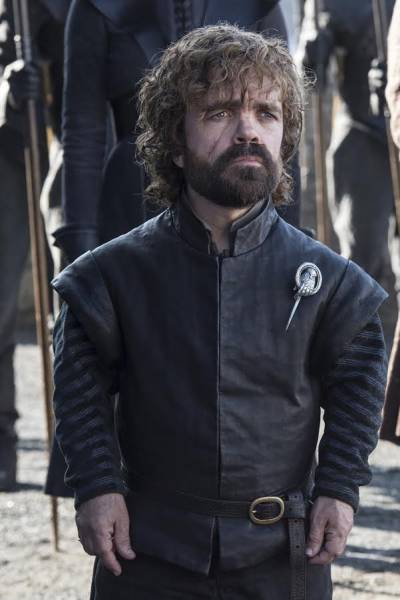 He's looking sharp but also very tired as Hand of the Queen.

Missandei is also looking at something. 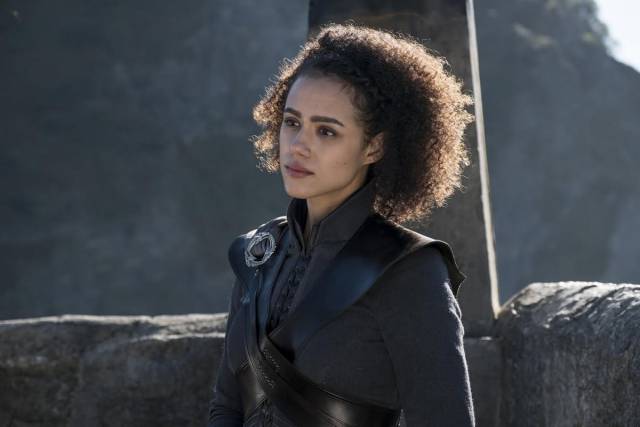 And it is probably the same thing Tyrion is looking at. 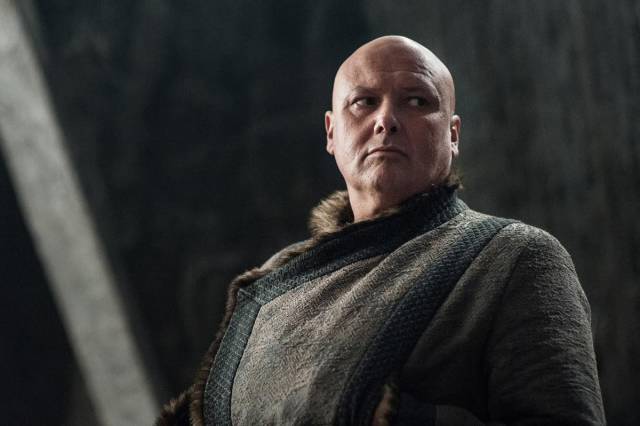 The last time we saw him, he was in Dorne, where it is hot. This outfit suggests he is definitely not on the beach anymore. 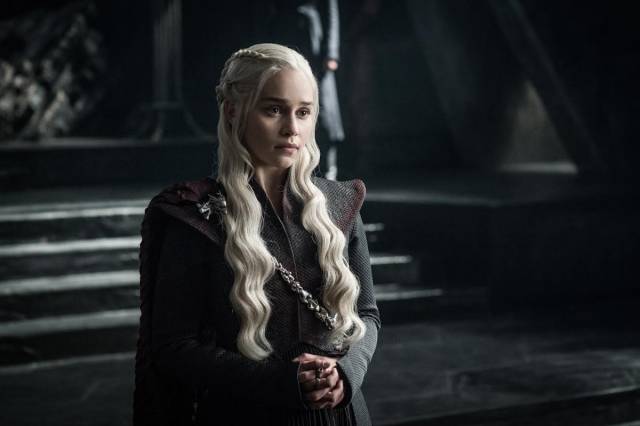 She appears to be in the same room as Varys, and it looks like the throne at Dragonstone is behind her.

Arya is looking healthier than ever. 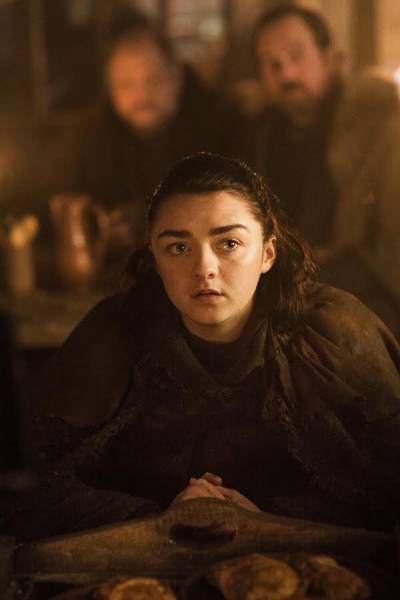 She deserves to sit down and enjoy a meal before getting to the next name on her kill list. It looks like she's at an inn in Westeros. But where she's headed is more interesting than where she is: Is she going north to Winterfell, or is she heading to King's Landing to cross Cersei off the list?

And Jon Snow is brooding, as always. 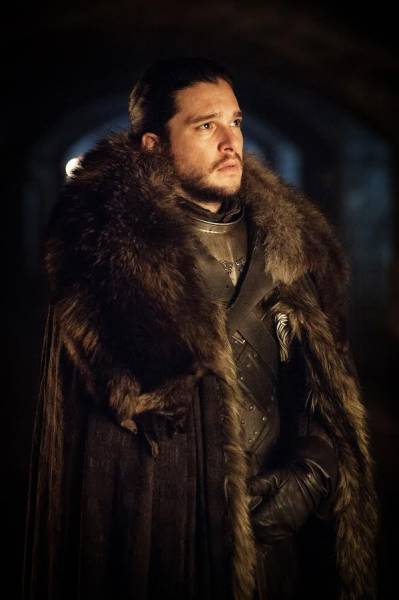 The King in the North has a lot to brood about these days.

The Hound does not appear to be pleased with winter. 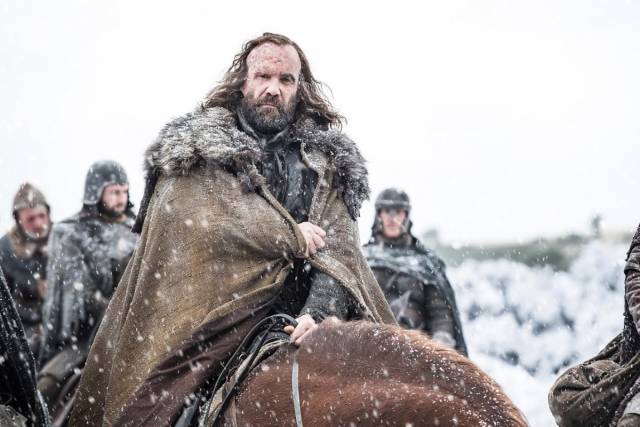 He's all bundled up, which sugggests he might be in the North, and it looks like he's still with the Brotherhood Without Banners. We hope he reunites with Arya on his journey.

Littlefinger is as creepy as ever, and Sansa is not having it. 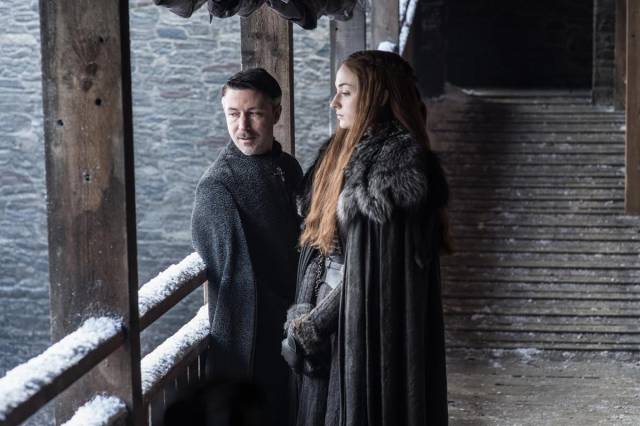 Although Littlefinger and the Knights of the Vale helped win back Winterfell at the Battle of the Bastards, Sansa is clearly still not letting Littlefinger get away with handing her over to the Boltons.

The unexpected flirtation between Tormund and Brienne continues. 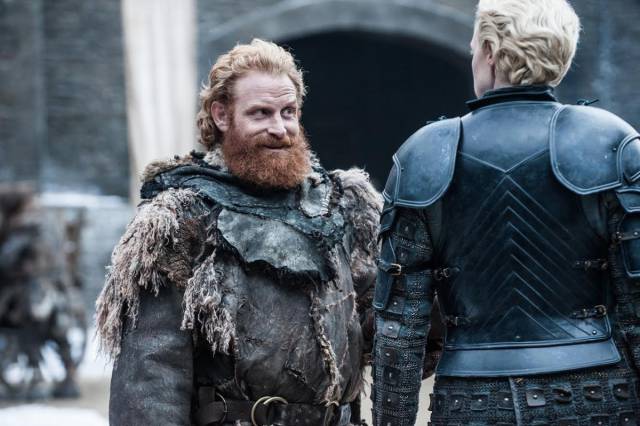 Comedic relief will be absoultey necessary in season seven.

Meera and Bran are headed south to the Wall. 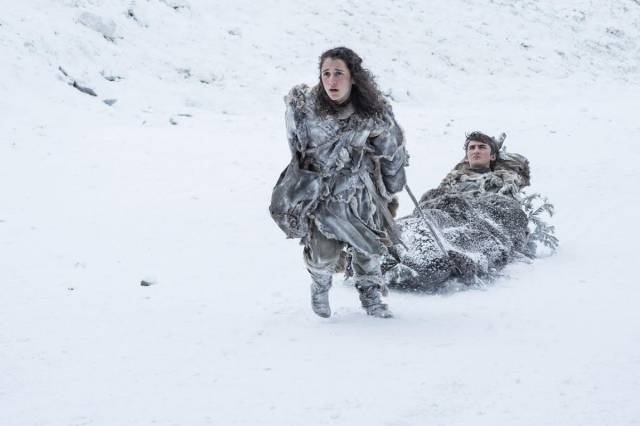 And hopefully they're close. Bran's siblings could really use his help down in Winterfell.

Samwell Tarly studies hard at the Citadel, and Gilly reads. 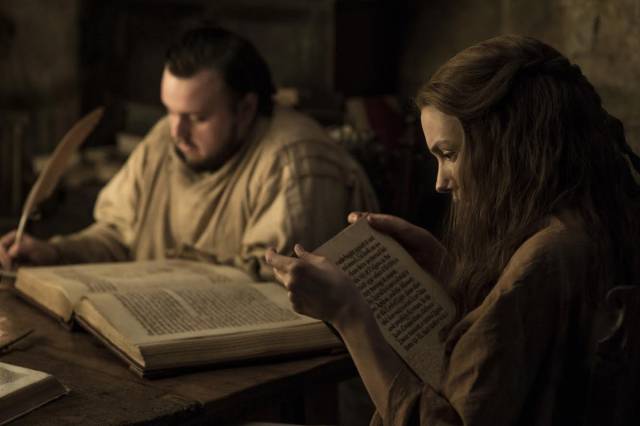 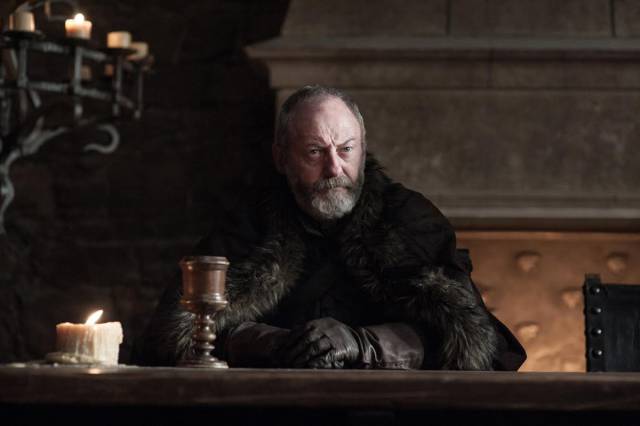 He's looking dapper in the Stark colors, sitting in front of the toasty fireplace at Winterfell.

Lyanna Mormont — the most fiery child to ever live — is back. 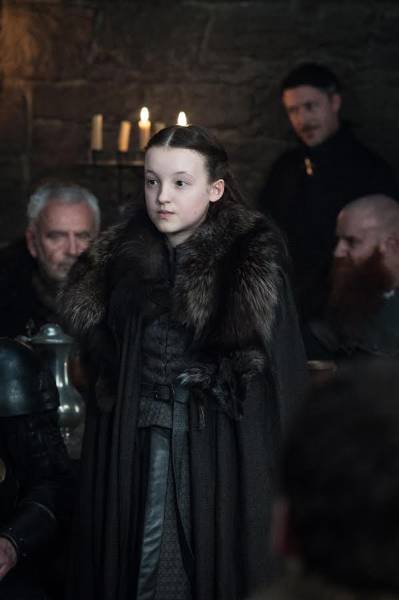 Is she telling Davos what to do? Probably. She is awesome.

Cersei looks satisfied with her position on the Iron Throne, but Jaime kind of looks like he just found out his dog died. 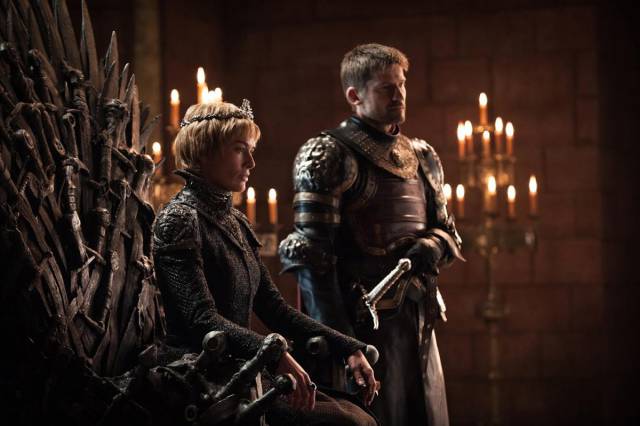 Whatever they're looking at, it's pretty clear that Jaime is not too pleased with his twin siter/lover. How far will she have to go before he turns on her for good?