Welcome to the Pyongyang Metro. A ticket to travel will set you back a paltry 5 won, which, at the time of writing, is £0.004. 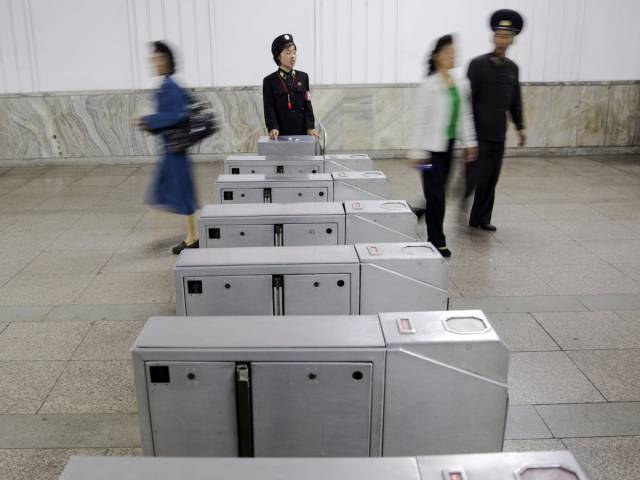 Here is where the MTR will take you. It is currently formed of two lines — the Chollima Line and the Hyŏksin Line. Stations are not named after places, but revolutionary phraseology, such as Kaeson, meaning 'Triumph.' 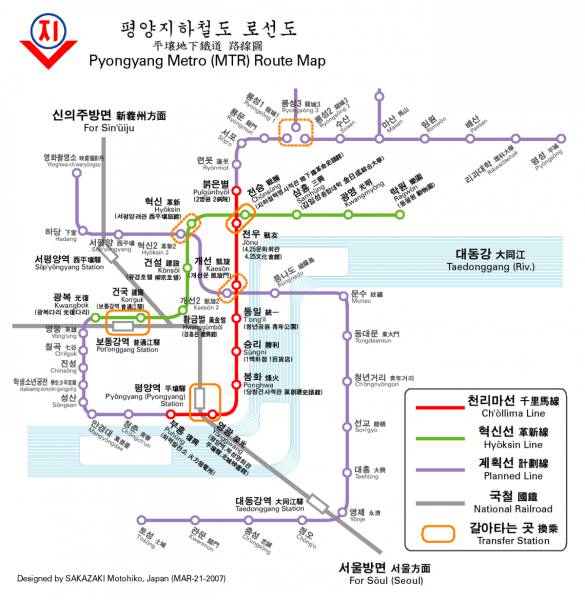 The Pyongyang Metro is 110 metres underground, making it one of the deepest subway systems in the world. It's so deep that stations double up as bomb shelters — hallways are protected by thick steel blast doors. 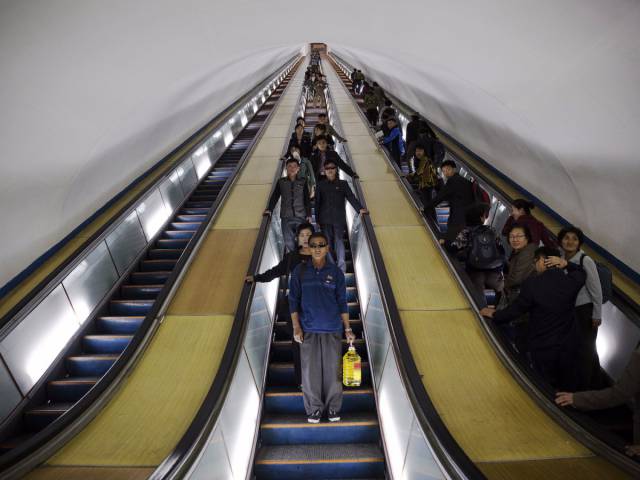 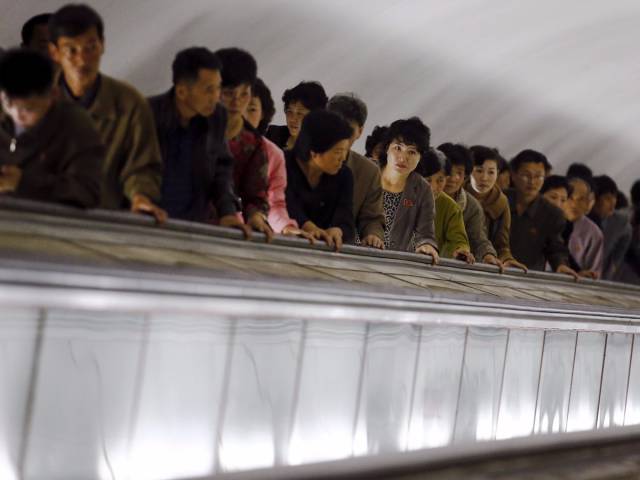 The interiors of the subway stations are often opulent, boasting marble pillars, chandeliers, and paintings of Kim Jong-il. 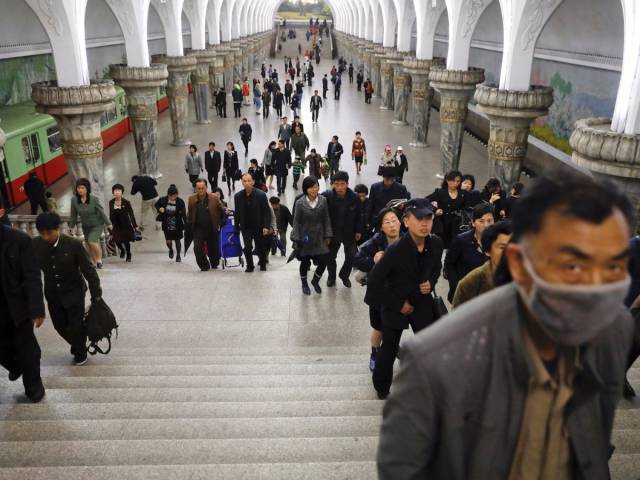 The trains themselves are ex-German cars, purchased in the late 1990s. It's hard to tell the carriages' past as they have been carefully painted over, though, some German graffiti in the carriage interiors lets the secret slip. 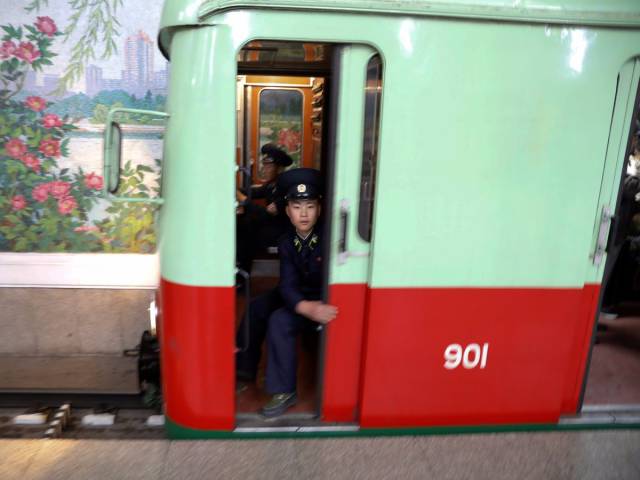 Trains come and go often — every 2 minutes during rush hour. 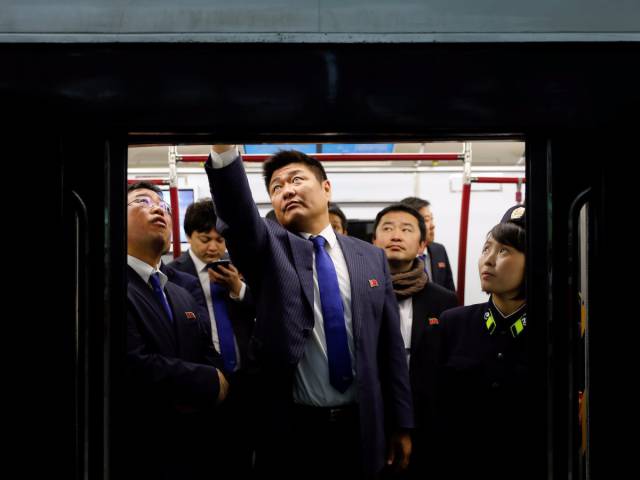 At the bottom of the escalators, adverts are replaced by state-controlled newspapers. Travellers can stop and peruse the daily news. 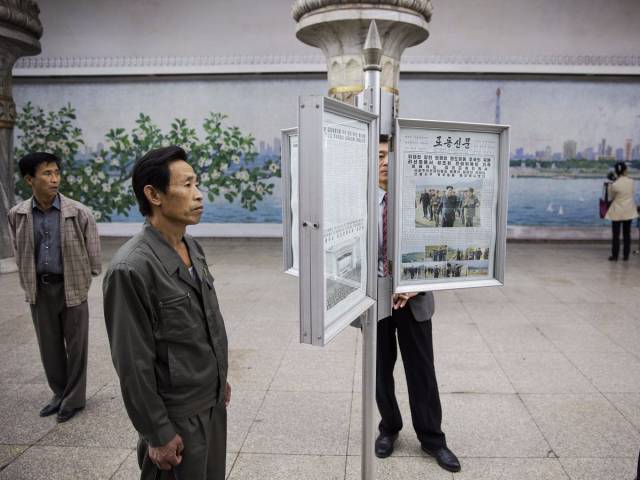 Tourists are accompanied by guides on their Metro journeys and are only allowed to travel to certain stations. 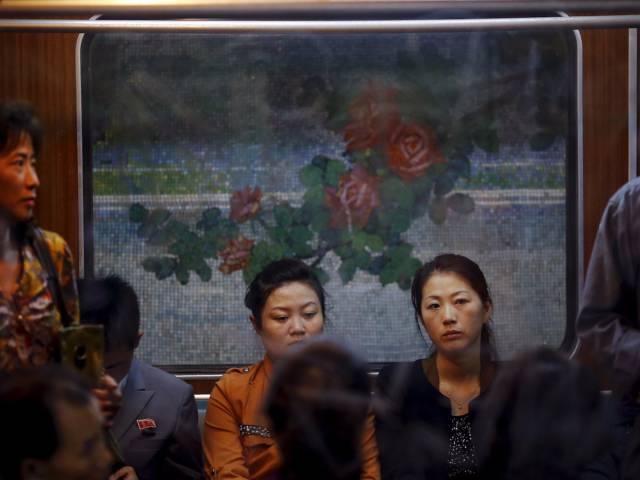 Each carriage contains portraits of Kim Il-Sung and Kim Jong-Il, framed thicker at the top to give the impression that the former leaders are looking over the commuters. 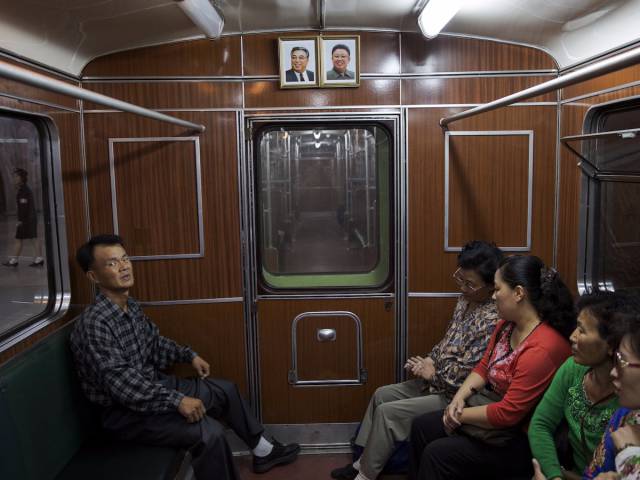 Metro trains also have the ability to play announcements or music over the speakers. 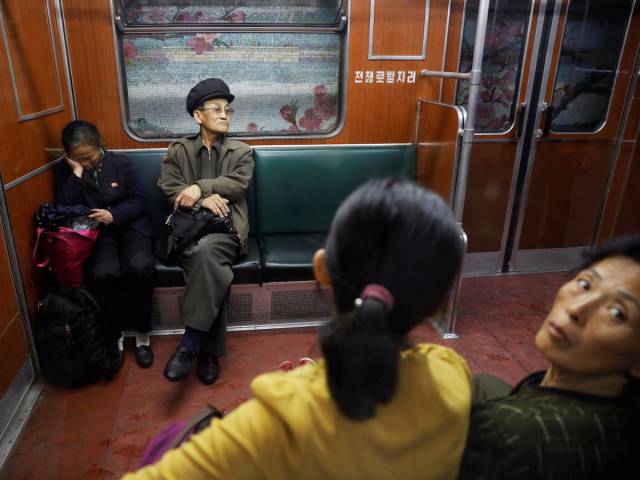 The grandeur of Pyongyang's subway stations is allegedly designed to 'bring affluence and luxury to the lives of even the lower working class,' according to one traveller that used the system. 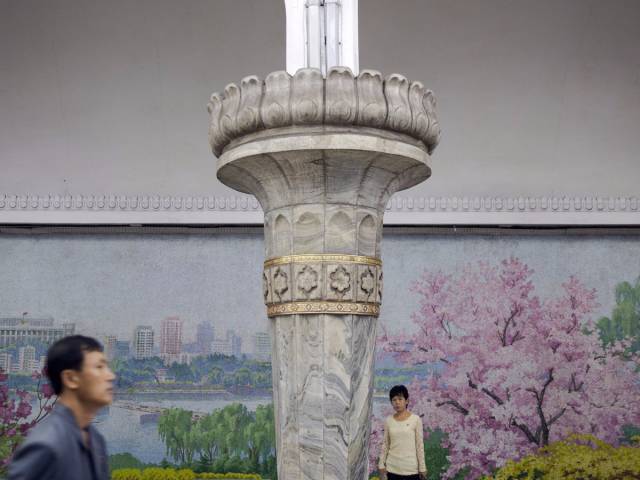 Australian visitor, Elliot Davies told National Geographic: "Every single station pretty much covers all of what they really want the people in North Korea to listen to." 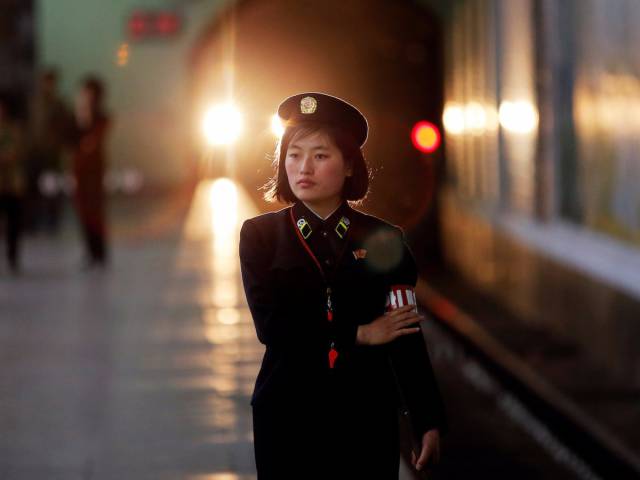 "The whole journey in North Korea is political, where they want you to come out the other side and be like, ‘You know what? North Korea's not that bad!" 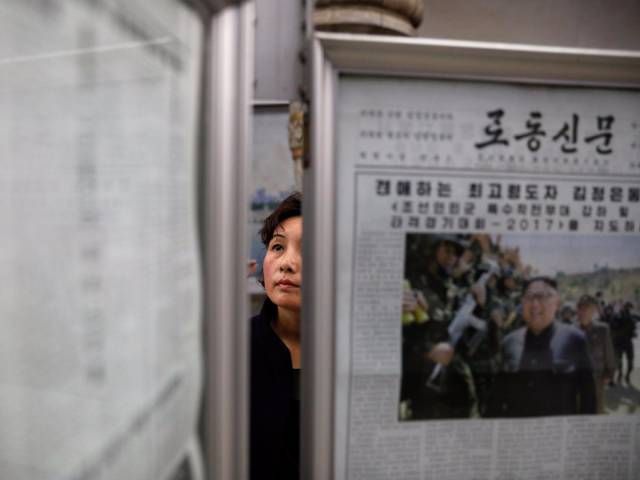 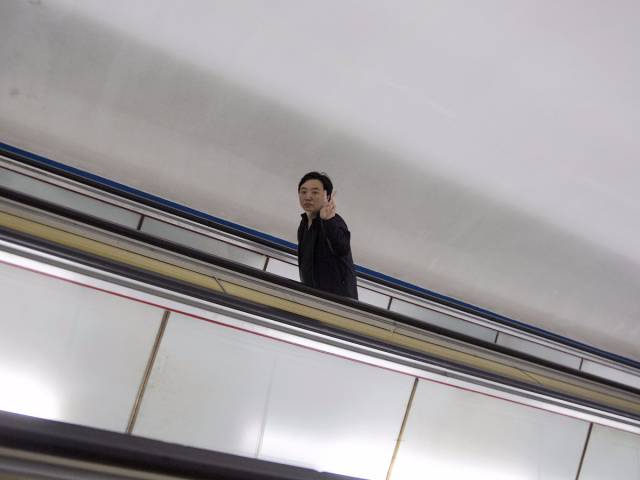