The Coonhound and the Beagle are descendants of this dog that used to have one hell of a sense of smell, almost like the present-day bloodhound. 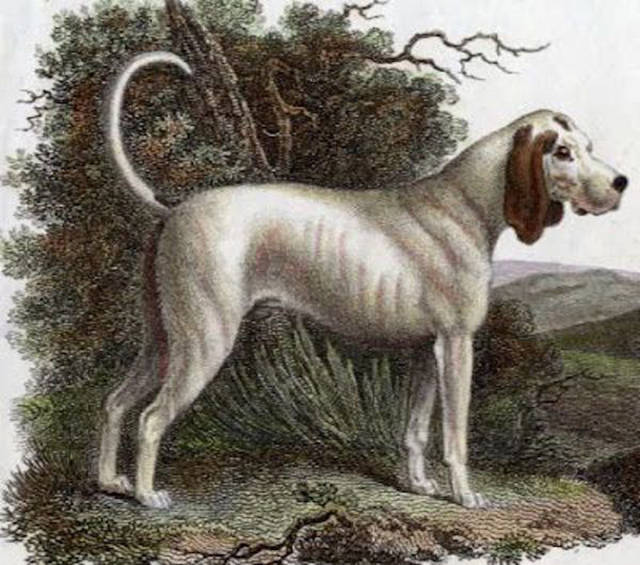 Dog This guy was a combination of Newfoundland dogs and Portuguese Working Dogs. It’s an ancestor to modern retrievers. 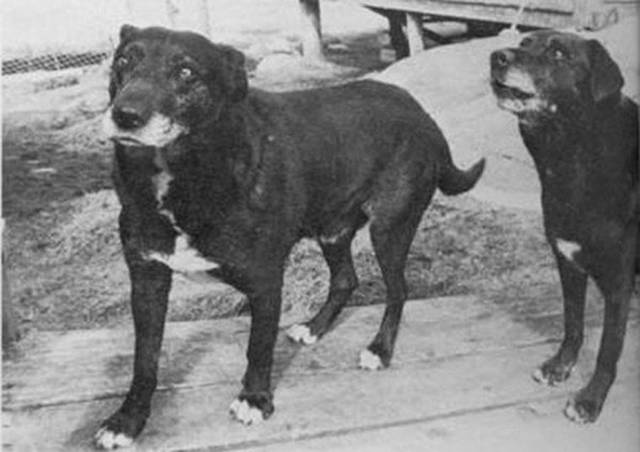 Once popular in Northern England, it’s believed that modern Border Collie’s came from these fluffy guys. 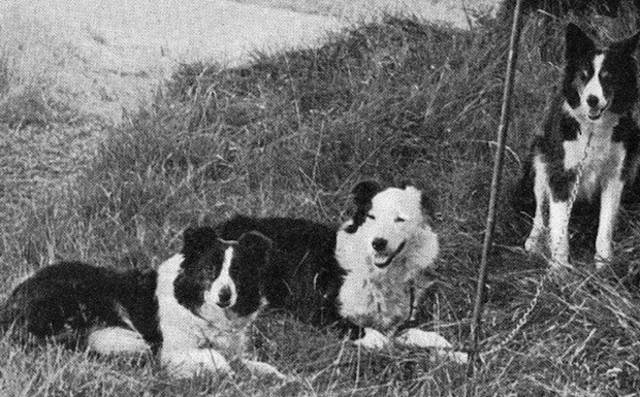 This dog hasn’t been seen since the beginning of the 20th century – as late as 1930. It was exceptional at hunting waterfowl and could out swim a duck underwater. 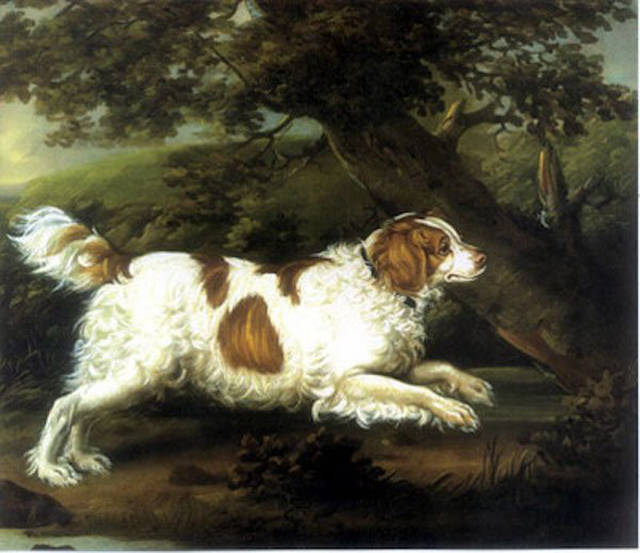 Bigger than today’s English Bulldogs, this breed was made for bull-baiting and their lower jaws extended past their upper ones, giving them a vice-like grip. 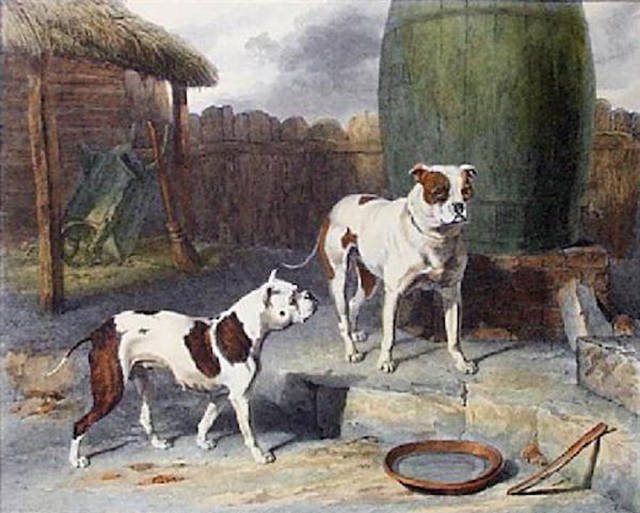 Living in the 18th and 19th century, in England, these were attempts at making miniature bulldogs. Due to the breeds the they were mixing, these dogs were plagued with fertility and health issues and eventually died off. 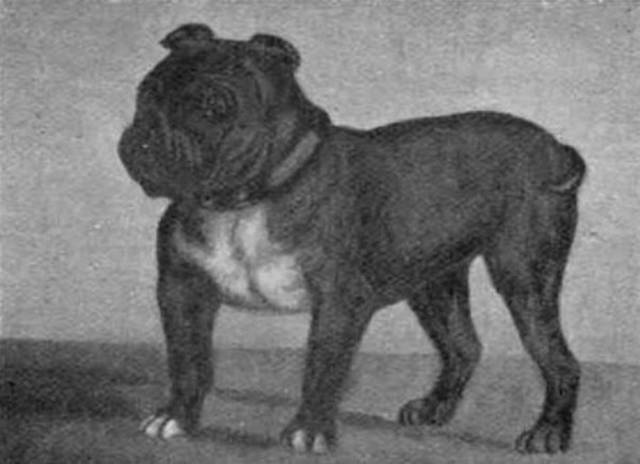 Spaniel Originally bred as hunting dogs, people actually enjoyed their company as a toy dog. They were physically and temperamentally similar to the King Charles Spaniel. Somehow, by 1920, all the examples of this breed died out. 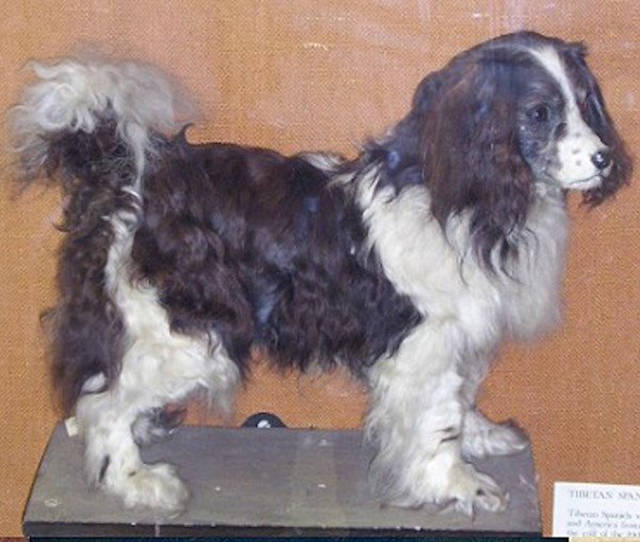 This breed had long bodies and short legs in order to run on a wheel that twisted a spit with meat on it, hence their name. They were also used as foot warmers for church parishioners in the 1500’s. It was a lowly and kind of ugly working dog, so it just disappeared. 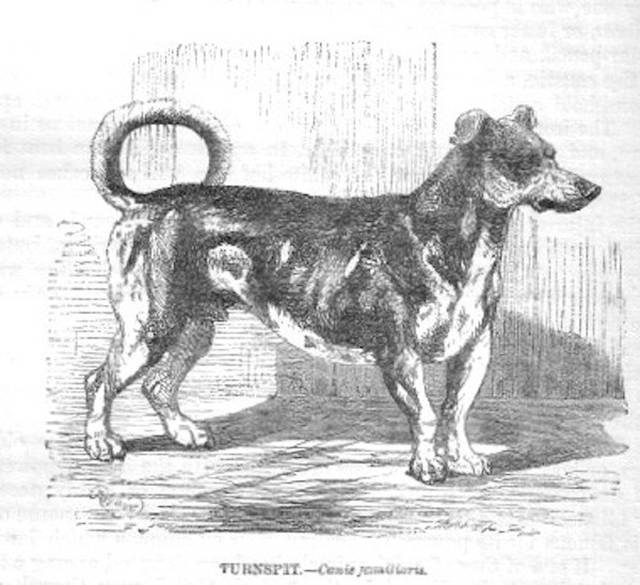 Bred in Cordoba, Argentina, these dogs were groomed to be fierce. They were a combination of Mastiff, Bull Terrier, English Bulldog and Boxer and had a high pain tolerance and vicious temper. They became so aggressive that they didn’t want to mate, only fight. Obviously, they died out. 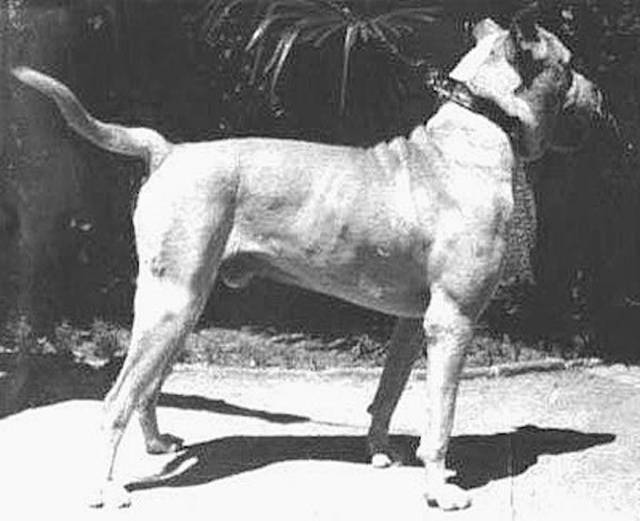 Bred by Northern Canada’s Hare Indians, this dog might have, in actuality, been a domesticated type of coyote. While playful, it hated to be confined and eventually intermingled with other breeds and died off. 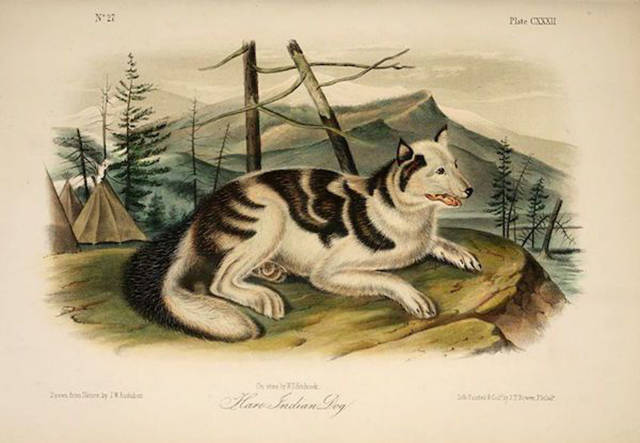 These were hunting dogs back in Ancient Egypt. Archeologists have found evidence of the breed dating back all the way to 2606 BCE. Looking very similar to a greyhound, it was a popular dog in Egypt, as there are depictions all over the place of this breed. 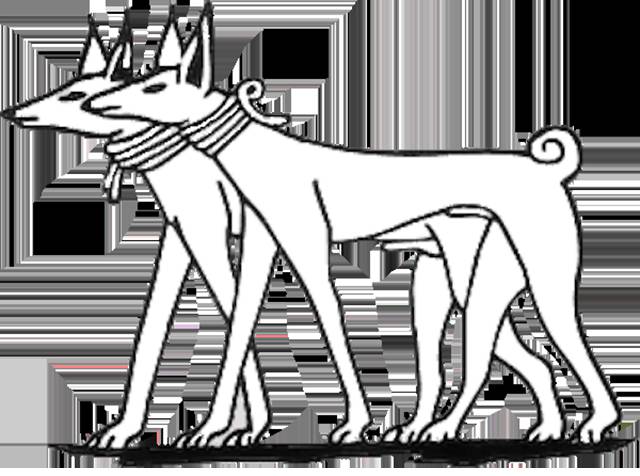 Also called the Cuban Mastiff, this dog was bred for fighting and catching slaves, but when the cuban government outlawed slavery and dog fighting, the breed died out. 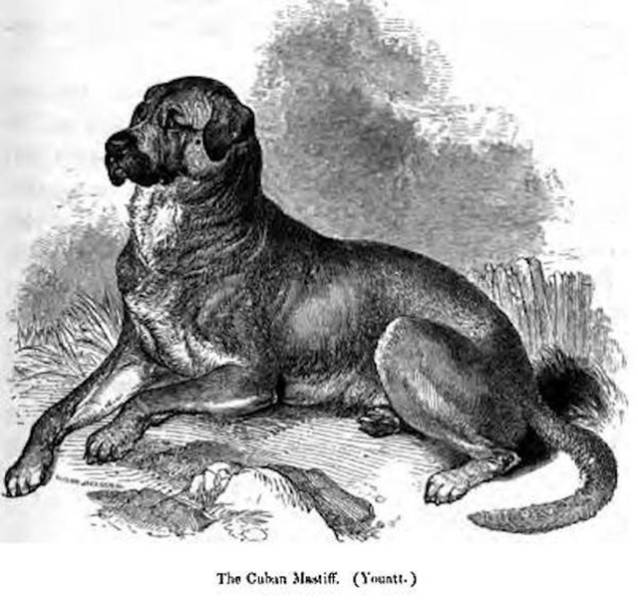 This was a medieval breed of scent-hound, used by the French Royalty roughly between 1250 and 1470. They were headstrong hunting hounds, who died off during the French Revolution. 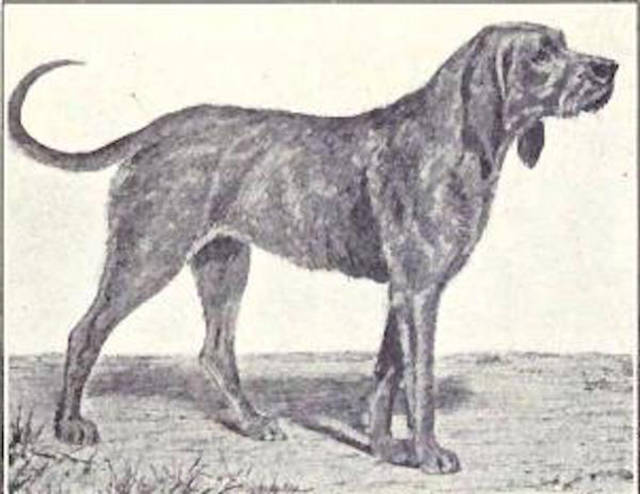 Terriers These guys were popular fighting dogs, and were supposedly the first dogs brought to America. No one knows where they were bred from or where they even came from, but were very similar to todays Pit bulls. 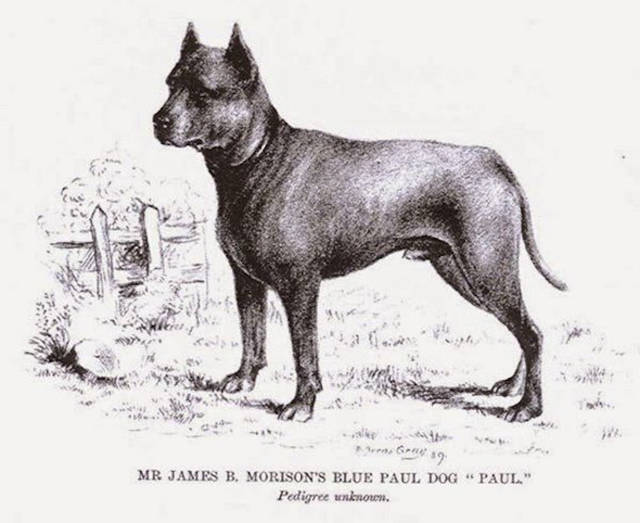 These were German dogs that were very closely related to modern Boxers, and were used as bull and bear biters. The original breeders wanted to create a new, pure breed and bred the Bullenbeissers into Boxers and the original breed died out. 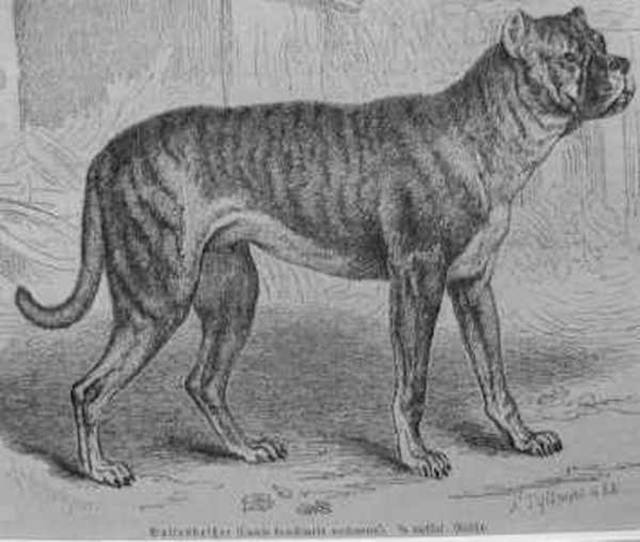 These were fast and agile hunting dogs, and were believed to be a mix of Braques and Greyhounds. They were extremely agile dogs, and somehow, were left to become extinct over time. 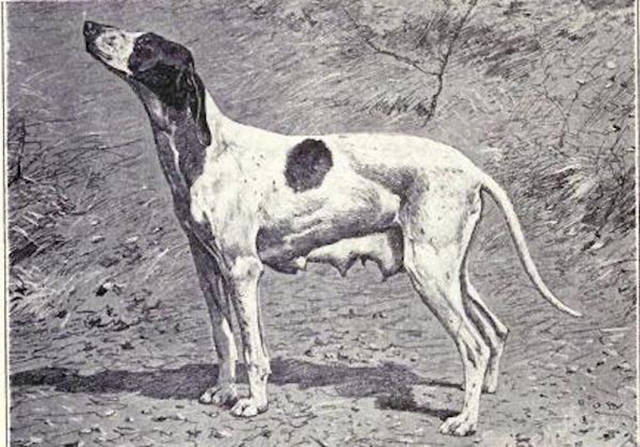 Developed after World War II to assist with water rescues, they ended up being extremely aggressive and biting more people than they saved. They were a mix of Newfoundland (which is a kind and nurturing dog), with an East European Shepherd, and it created a fluffy, yet severe Russian dog. 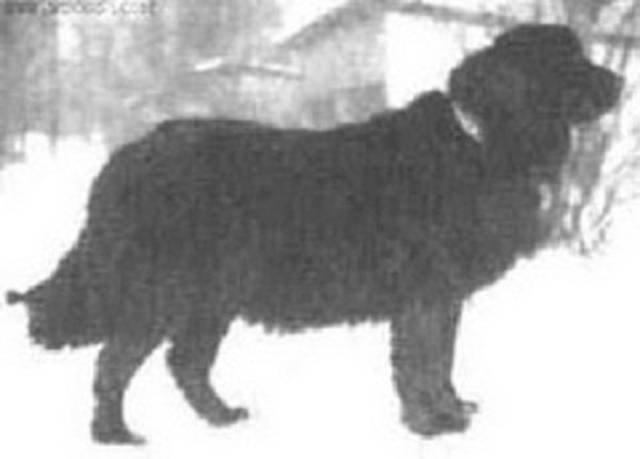 This was Greek philosopher Aristotle’s favourite dog, which was the forefather to the mastiff. No one really knows for sure what they were used for, but it’s thought that they were meant to protect livestock and hunt. 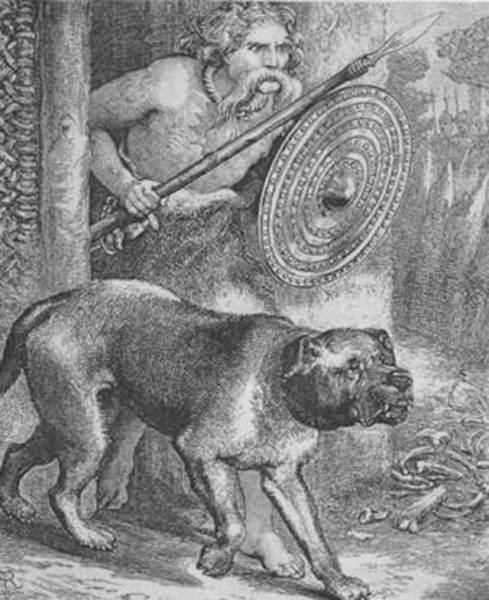 Used by the Tahltan people of British Columbia, Canada, these guys were bred to hunt bears. They were a lot of power in a small package, agile enough to cross the deep snow to attack and confuse bears, but gentile enough to be a family pet.

When the Europeans came, the line was diluted then went extinct. 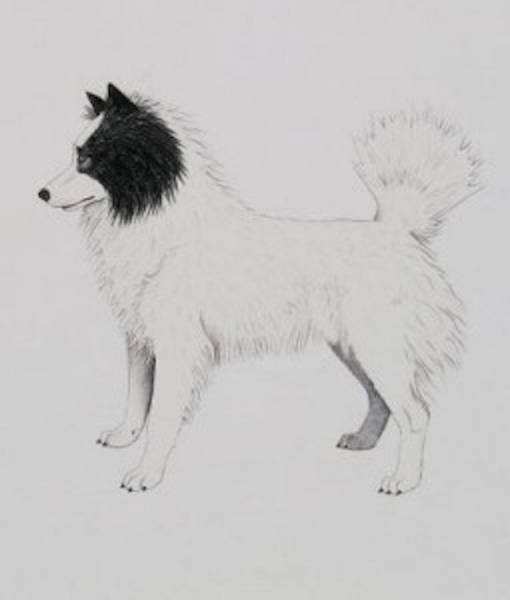 These guys were bred to be show dogs in Scotland, and had a long and silky coat. Eventually they were bred into the modern day Yorkie, and were never seen again. 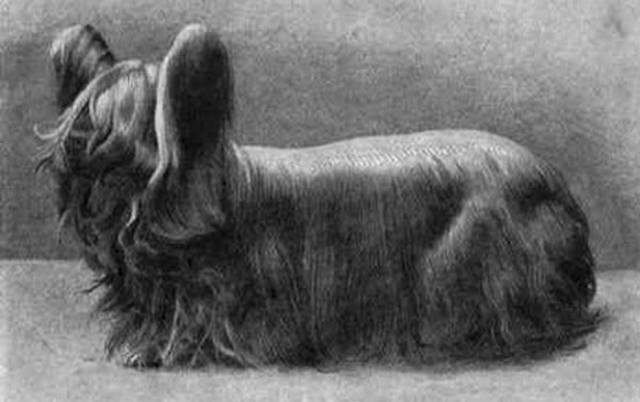