Ordos, China, was created on one-sixth of China's coal reserves, and was meant to attract almost 1 million people (which was later scaled back to 300,000) after having been built from scratch. But high property taxes and poor construction made it so that there is only around 100,000 people living there, leaving the greater part of the city completely empty.

Located in the remote province of Inner Mongolia, Ordos sits on one-sixth of China's coal reserves — making it an attractive center for development. 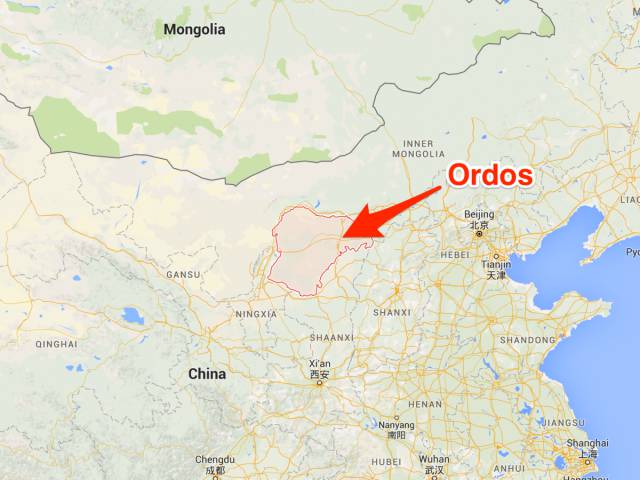 In the late '90s and early 2000s, private mining companies got the rights to dig into those deposits. The influx of new business generated lots of tax revenue. 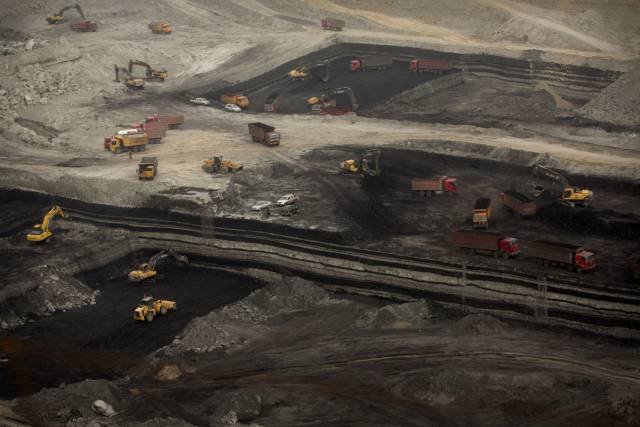 "The local government decided to build this overly ambitious city from scratch," Olivier told Business Insider. In 2005, it began investing hundreds of millions of dollars in real estate and infrastructure. 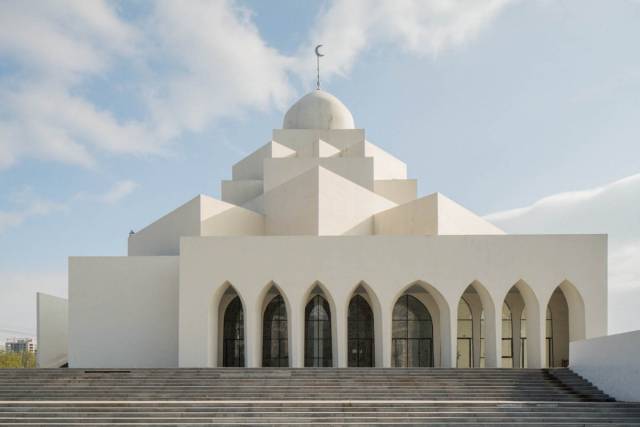 But by 2010, an abundance of housing in a nonexistent market led the bubble to burst. High property taxes turned off families from moving to Ordos, according to Olivier. 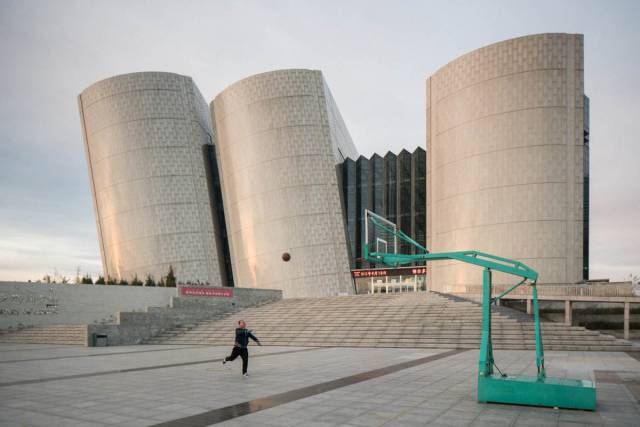 Plus, Ordos New Town rose up just a few miles from the "old city" of Ordos, a thriving provincial town. "People just didn't see the point of moving," Olivier said. 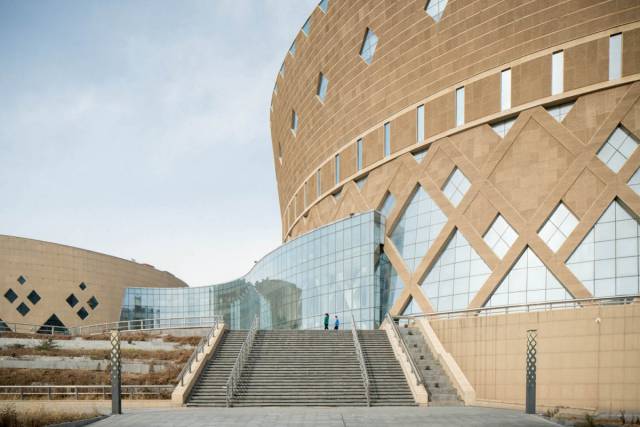 "In the end, only government officials and migrant construction workers effectively settled in," Olivier said, "leaving the vast majority of the city completely empty." 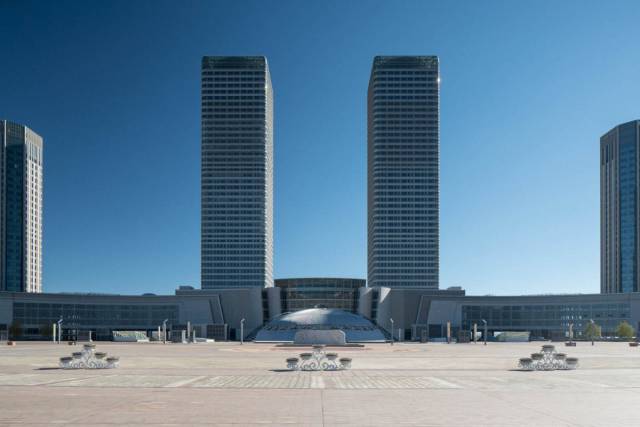 Though the city is only about one-third full, 80% to 90% of unoccupied apartments have owners, who hold on to them as long-term investments, Forbes reported in 2016. 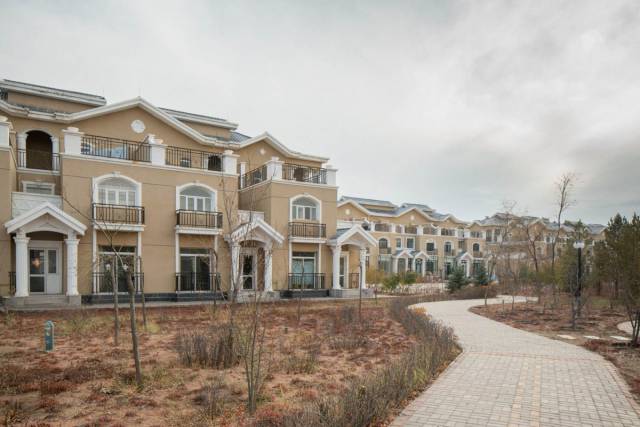 Ordos remains a shell of a futuristic city. 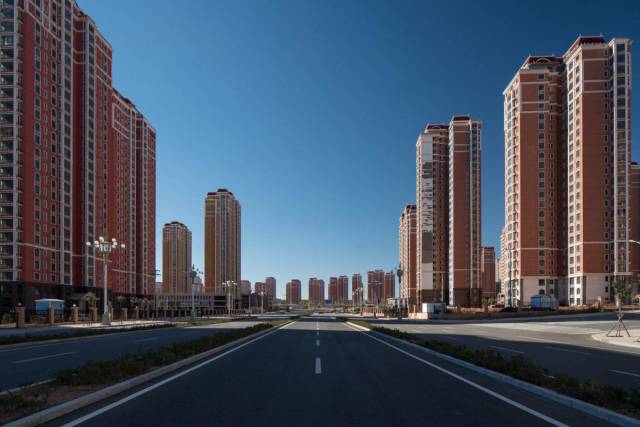 Tourists and journalists have flocked there to document its mesmerizing architecture — and eeriness. 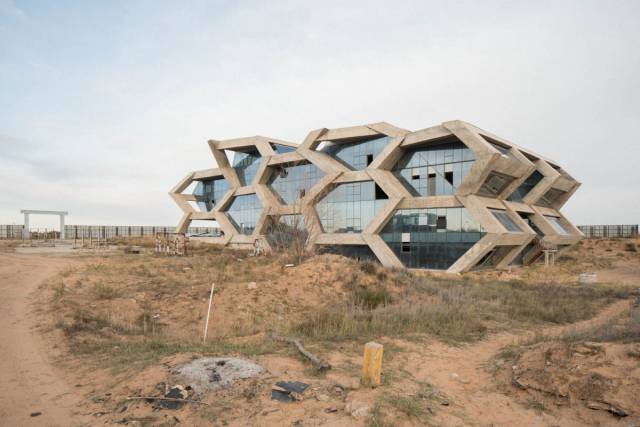 Two horse statues preside over Genghis Khan Plaza at the town's center. Horses are the city's adopted symbol, and they represent a nomadic culture. 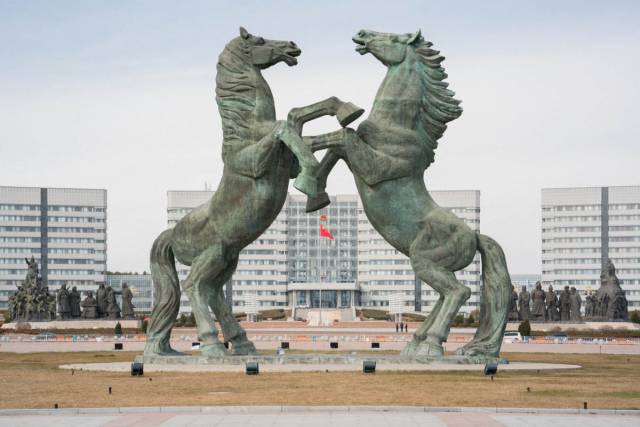 The nearby Ordos Art & City Museum "seems like it has landed on the earth," according to a statement by the architect, MAD Architects. 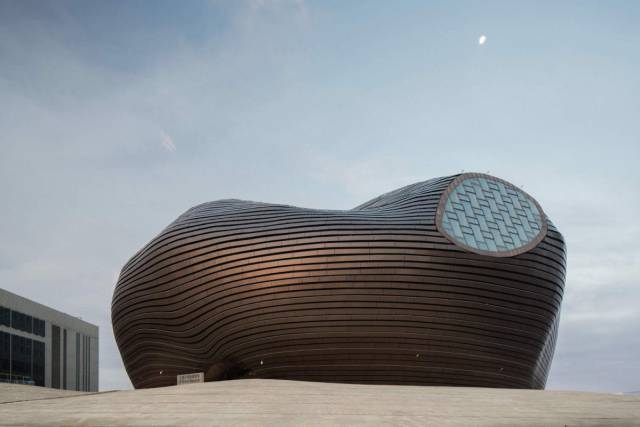 The Ordos Dongsheng Stadium fits 35,000 spectators, though it has never been filled. 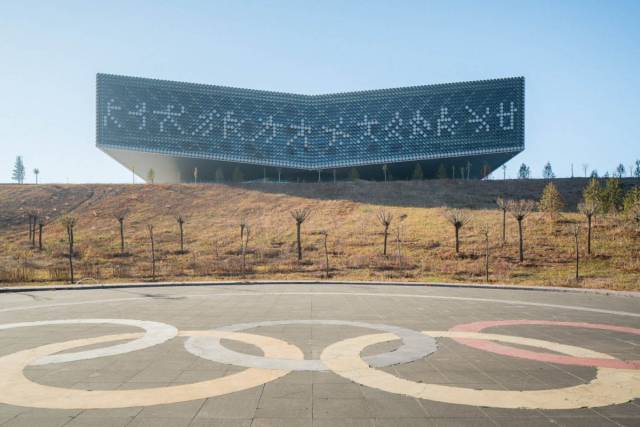 This abandoned villa is part of the Ordos 100 project, an initiative that invited 100 architects to design a village of 1,000-square-meter homes. 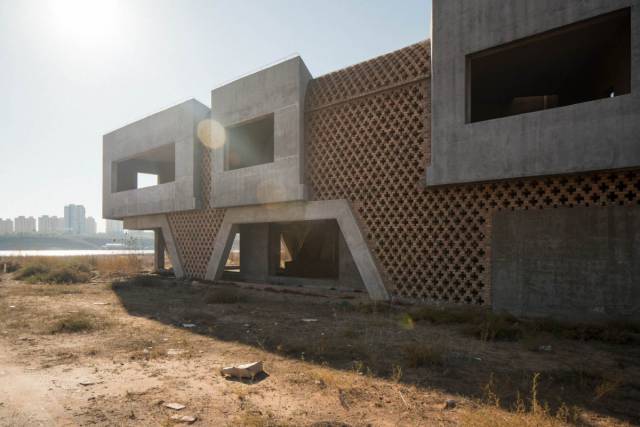 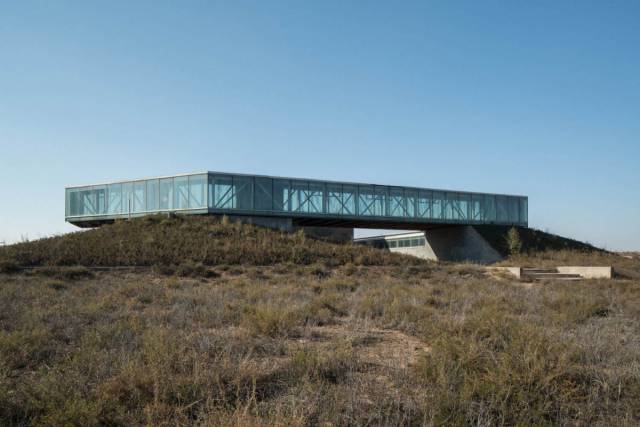 In the last few years, the local government has tried to recruit residents. Farmers were bribed with "generous compensation and free apartments" to make the move. 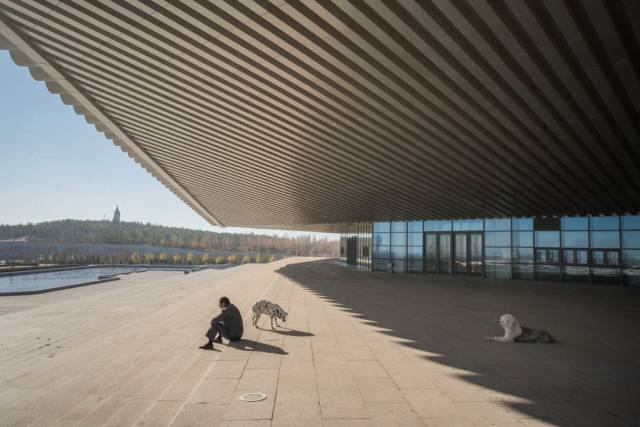 Government offices were relocated from a district 20 miles north of Ordos, meant to entice public officials to settle closer to work. 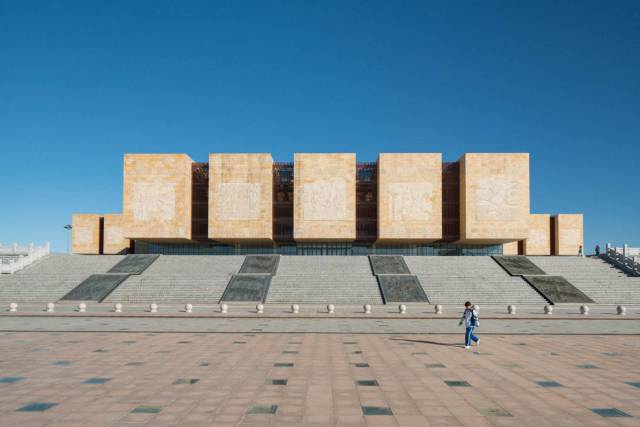 High schools with good reputations were moved to Ordos as well. Empty apartment buildings were converted into dormitories that now house students. 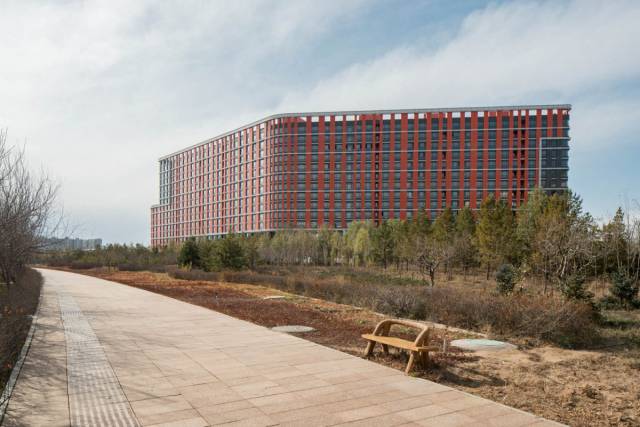 As a result of these efforts, the Ordos population soared to 100,000. However, it's difficult to nail down accurate census data. Some speculate the government hides the numbers to cover up its urban-planning disaster. 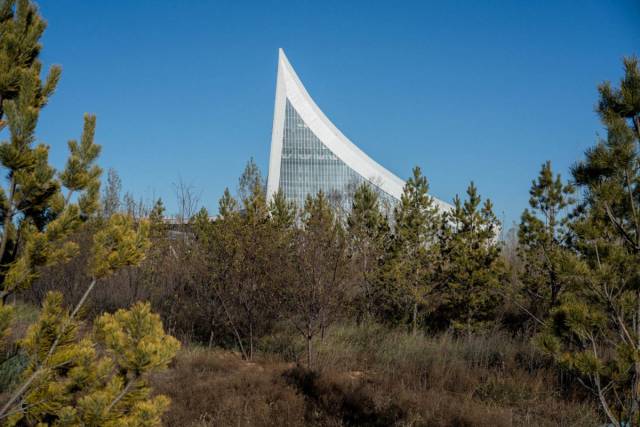 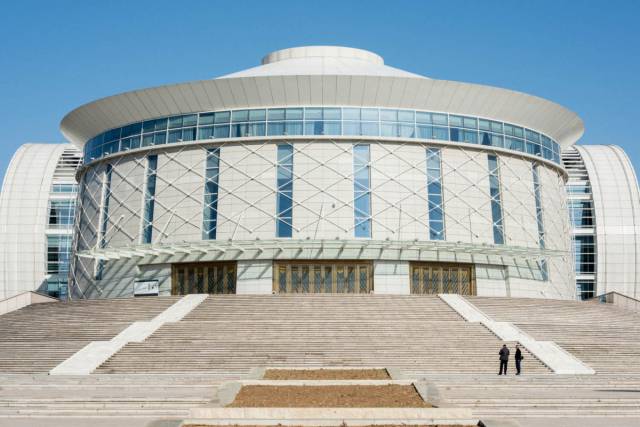 Olivier attributes the city's spectacular failure to the government's "build it and the people will come" attitude. It represents a pervasive problem in China, where officials hope to more than double the country's urban population by 2020. 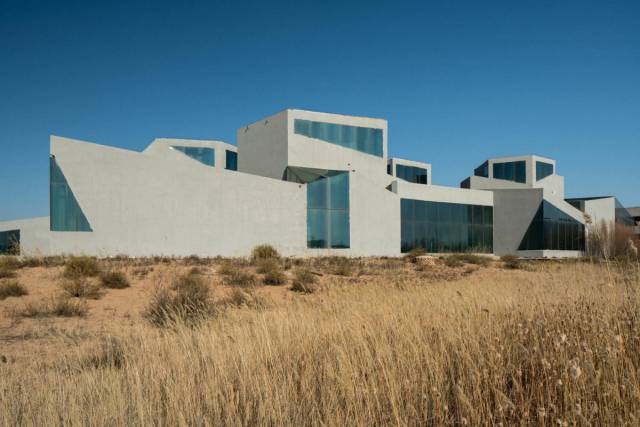 Cities like Ordos spring from rural areas to accommodate the masses — but the masses don't always come. "This phenomenon is really a cancer for the development of this country," Olivier said, "and a serious threat to the Chinese economy." 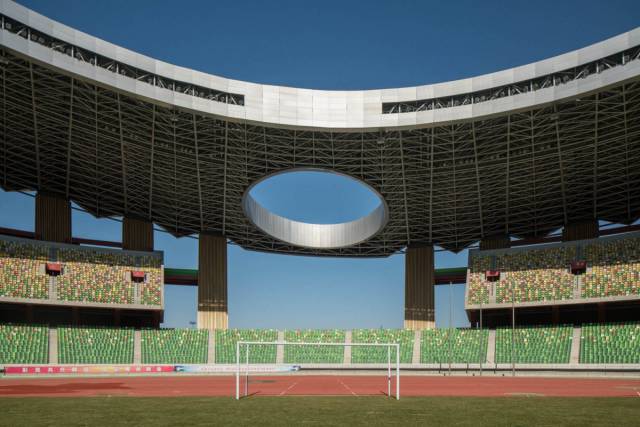