These Architecture Creations Could Be Good, But Damn They Are Bad! (25 pics)

And oldie but a goodie, the Leaning Tower of Pisa feels like the right way to start off this list. While architects started building it in 1173, it didn’t get completed until the 1300’s. The soft, marshy land is the main reason it leans. Apparently, looking over the foundation before construction wasn’t on their checklist. 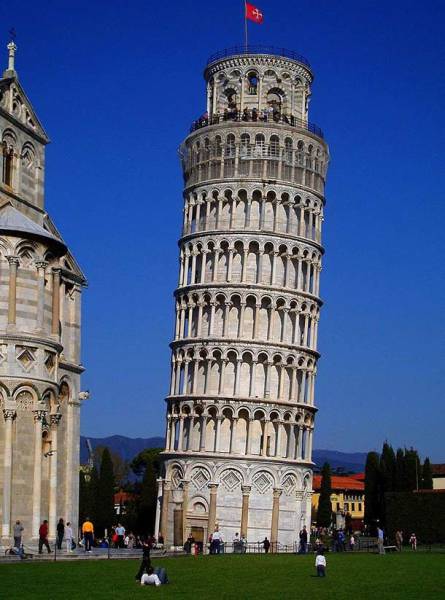 Oh, look, it’s a standard, boring skyscraper that looks like all the others. Honestly, the real issue with the Standard Oil Building, now Aon Center, was back in 1974 when the geniuses decided to slap expensive marble along the sides of the building. Sure enough, the marble cracked and a big piece came off, falling on top of the building next to it. Needless to say, they had to do some renovations. 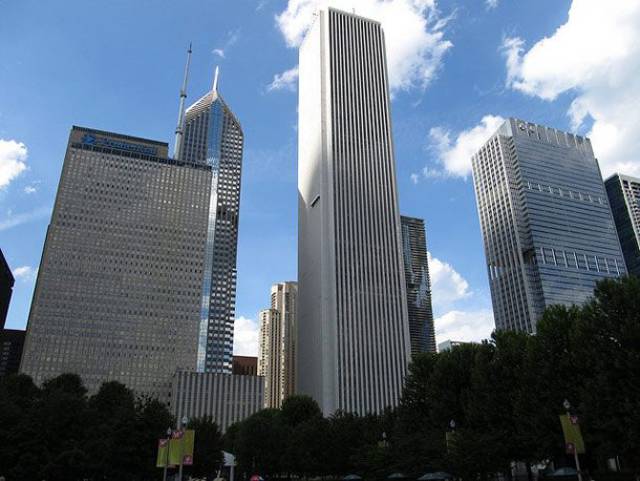 Acting as a catch-all auditorium for Brooklyn, New York, Barclays Center is a rusty, oblong building with a very big hole in the roof of the entryway. With the big blue title displayed prominently on the front, it looks more like a hospital with an identity crisis. 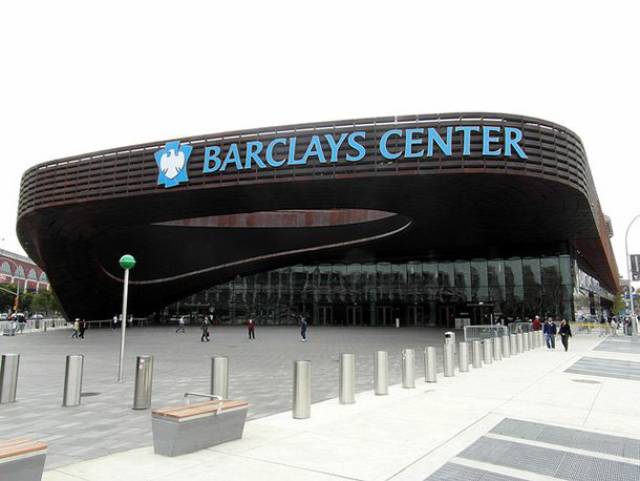 Located in London, the Secret Intelligence Service Building is home to MI6 and fictional character James Bond. For a building with the word “secret” in it, this one is failing miserably at its job. It’s overpowering presence might as well have a billboard that reads, “Big Brother is watching.” 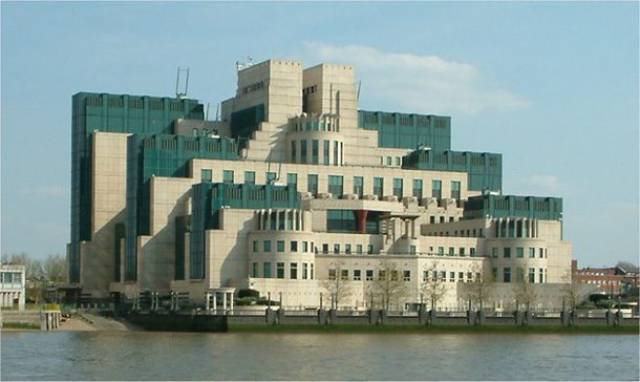 The Žižkov Television Tower looks like a spaceship landed in the middle of a very old city, creating a skyline that’ll make most tourists do a double take. That’s not even the weirdest part about it. Sculptures of naked babies look like they’re crawling up and down it. 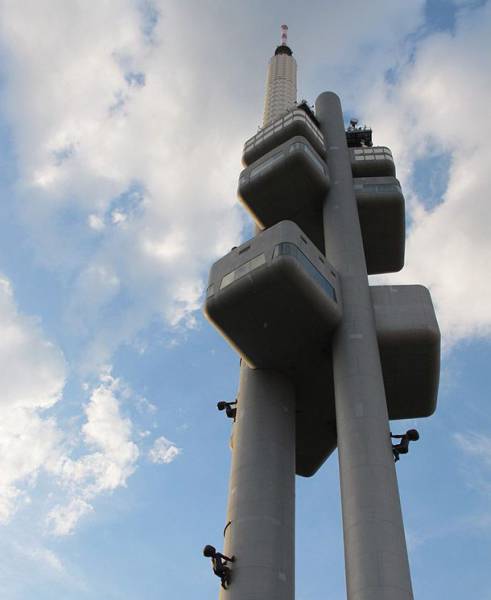 The John Hancock Tower in Boston is their tallest building and also their most deadly. While it was being constructed, the 500-pound windows installed would suddenly pop out, potentially falling on the bystanders below. It continued to happen, and they finally realized the window design was wrong and had to replace all 10, 334 window panes. 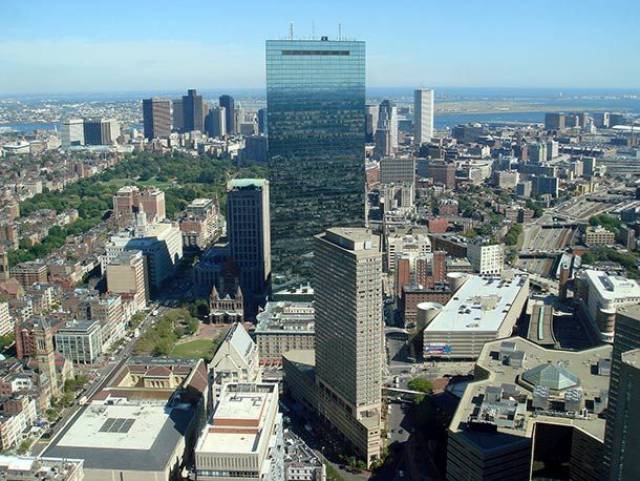 Las Vegas can get pretty hot at times but people lying by the pool rarely expect their hair to singe or their cups to melt. This is exactly what happened at the Vdara Hotel, where guests complained that its windows magnify the sun’s heat, creating a “death ray.” 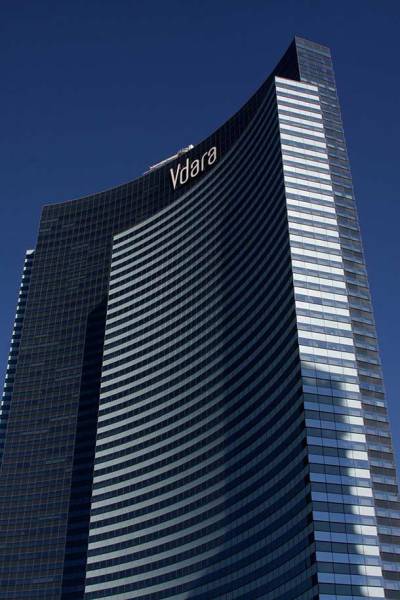 Acting as a sculpture, observation tower, and red abomination from the evil depths below, the ArcelorMittal Orbit building was originally intended for the London Olympics and also as a great way to hit London residents with an awful eyesore. 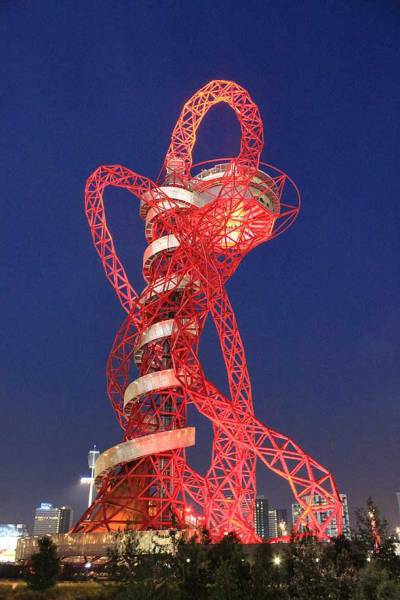 Let’s face it, the Ryugyong Hotel in Pyongyang, North Korea speaks for itself. A building renowned for its unique shape as much as its hideousness, it’s also a hotel that hasn’t hosted one guest in its very long lifetime. 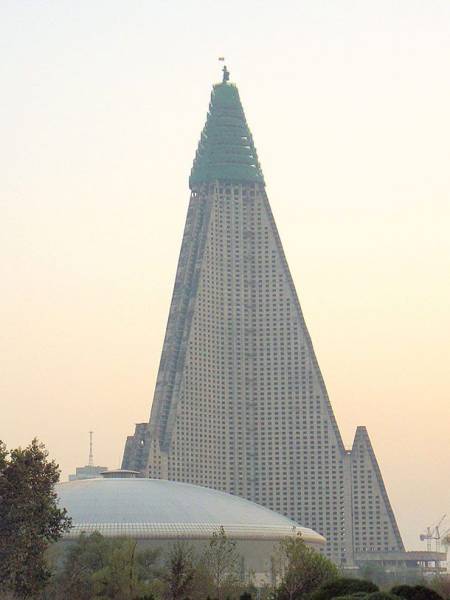 It’s hard not to laugh the first time you see the architecture for the Ontario College of Art & Design. It looks like a Minecraft brick fell from the sky and landed on top of a couple of older buildings. We’re hoping it’s a good school, but by the looks of things, it might be smart to have a different school as a  backup. 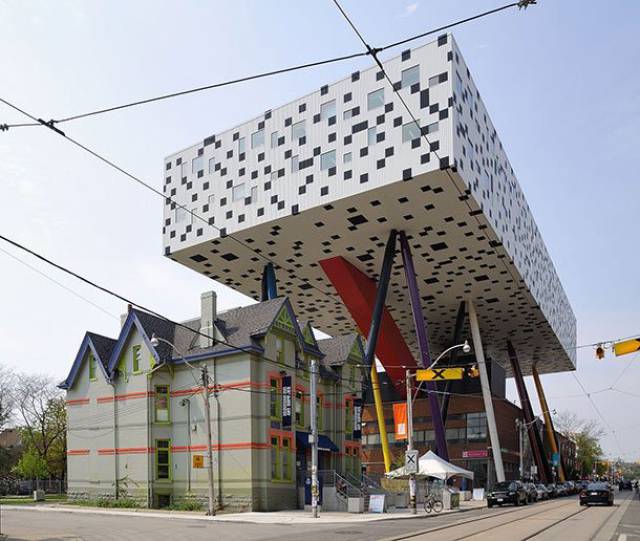 The first Tacoma Narrows Bridge is literally a textbook example of how not to design a bridge, helping hundreds of architects of the future to not make the same mistake. Because of 42 mile-per-hour winds and a design that didn’t allow for very good airflow, the bridge wobbled and went down for the count. 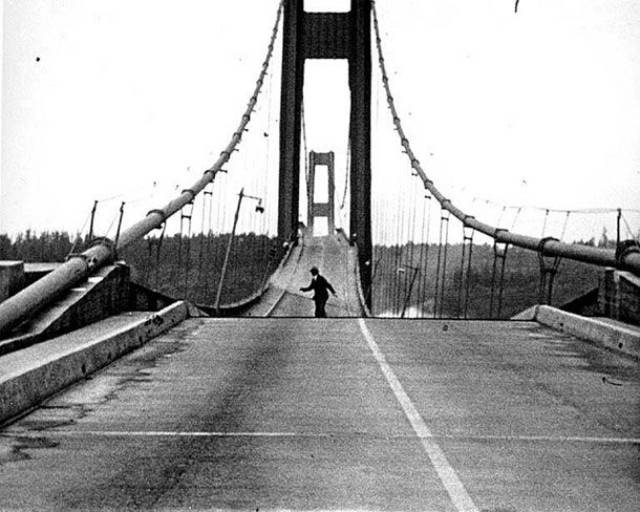 Ignoring the fact that it looks like someone just threw random shapes together, The Walt Disney Concert Hall is built with shiny metal plates that, when the sun hits around noon, apparently shoots heat rays at unsuspecting neighbors living close by. It’s either some kind of secret weapon or just a poorly thought-out building flaw. We’re going with the latter. 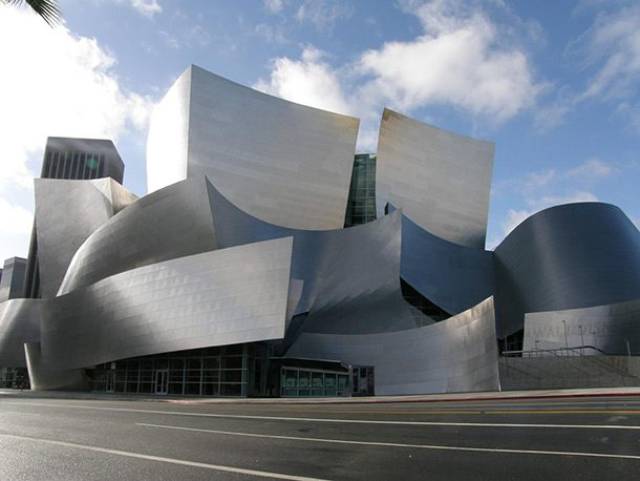 No, that’s not Willy Wonka’s Chocolate Factory. That’s the Ray and Maria Stata Center at the MIT campus. Designed by award-winning architect Frank Gehry, the building represents a deconstructionist perspective and that’s putting it lightly. Anyone can see this thing looks like an unplanned house of horrors. 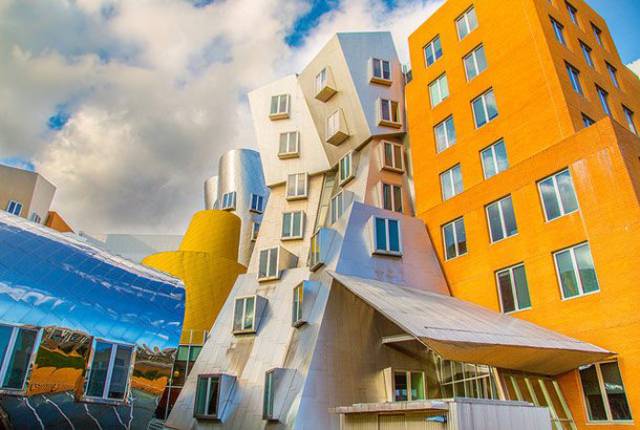 Hearing “Tallest Library in the World” likely doesn’t bring joy to anyone’s heart especially if that someone needs a book and its all the way up on the top floor. The W.E.B. Du Bois Library has had a lot of tall tales spread about it, including that the weight of the books is so heavy the tower sinks into the ground. Overall, it’s just a bad idea to make a library into a tall building. 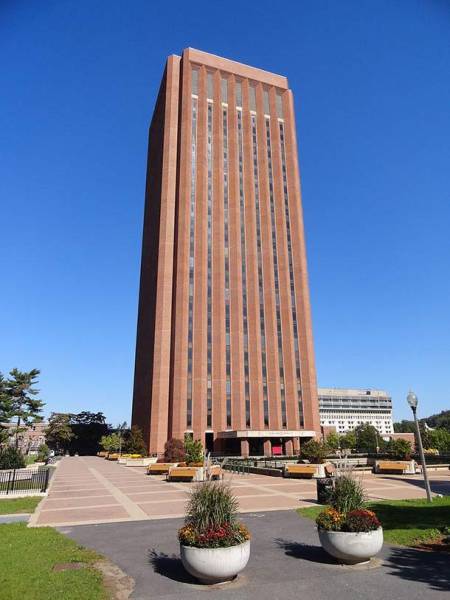 What is this, a building for ants? Pretty sure anyone could guess what the Longaberger Company makes for products with one quick look at their home office building. It’s almost mesmerizing to look at, but we wonder what architect in their right mind authorized such a thing. 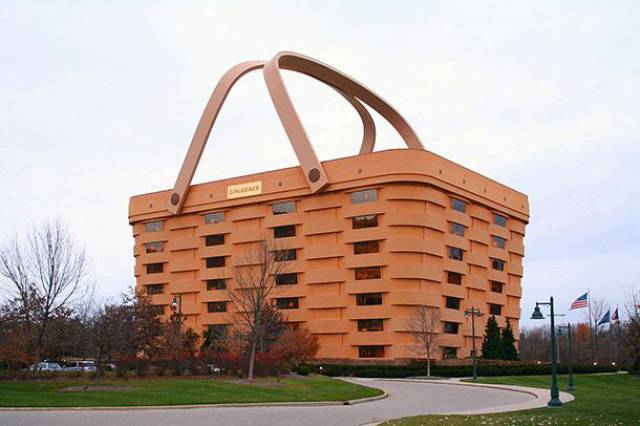 The Grand Lisboa Hotel’s architectural design looks just like a nuclear bomb hitting the ground, a description not in its favor. 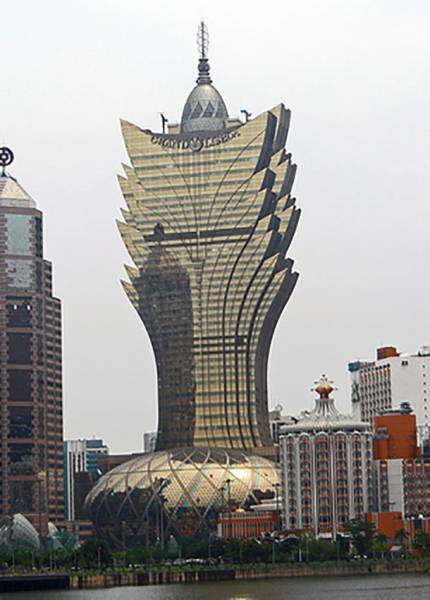 The outside of the Tropicana Field looks like any other domed stadium, but the real problem lies within or more accurately, above. The catwalks built inside the stadium have been causing problems during gameplay because baseballs frequently hit the catwalks. Many believe it has cost the Tampa Bay Rays the pennant race. 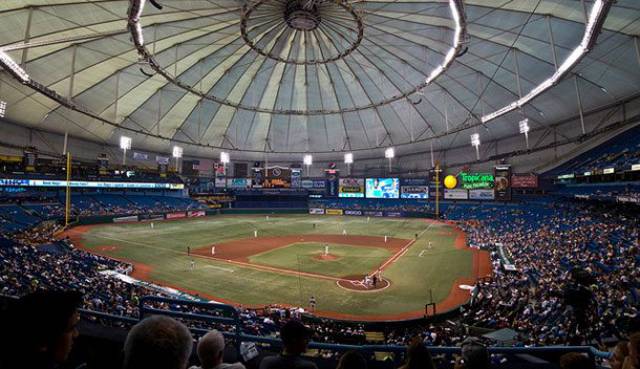 The Slovak Radio Building was called “the building of the century” but not because of its importance. It just took a long time to build. And by the looks of it, the architects might have had the blueprints upside down. While an upside down pyramid might seem like a novel idea, perhaps the ancient Egyptians got it right the first time? 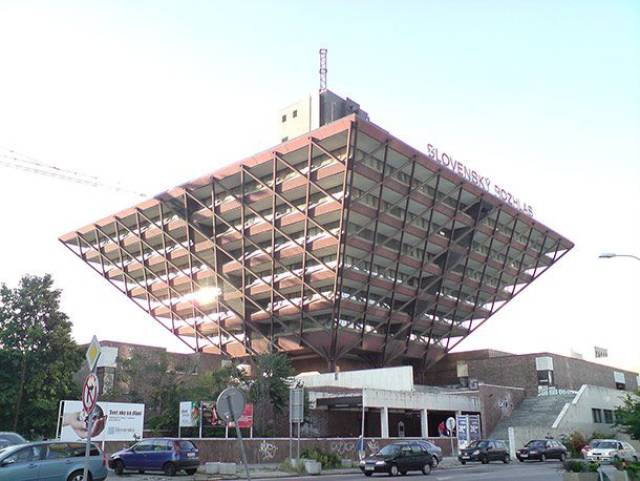 Located in Madrid, the Mirador Building looks to be missing a piece right in the middle. Created as a way to counter-act all the uniform buildings in the area, it totally went too far to be original and unique, coming across more like a two-year-old’s first attempt at putting Duplos together. 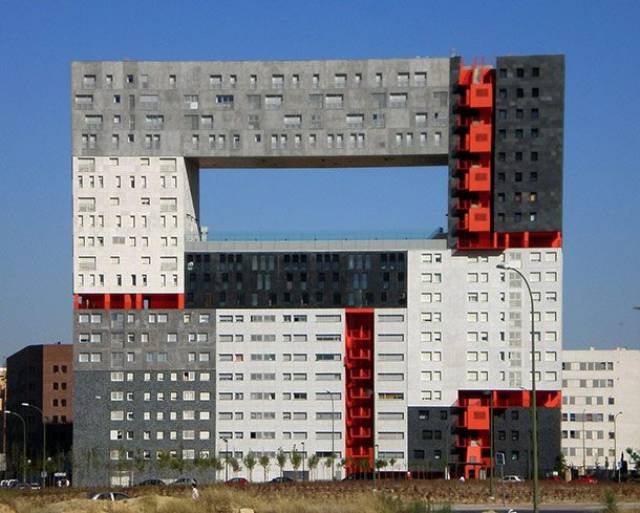 The Citigroup Center was a hurricane’s breath away from destroying a huge part of Manhattan. Thanks to a savvy, over-achieving architecture student, the building was found to have a serious design flaw where it couldn’t handle strong winds. Architects fixed the problem in secret, and no one was notified for over twenty years. Well, that makes us feel really safe. 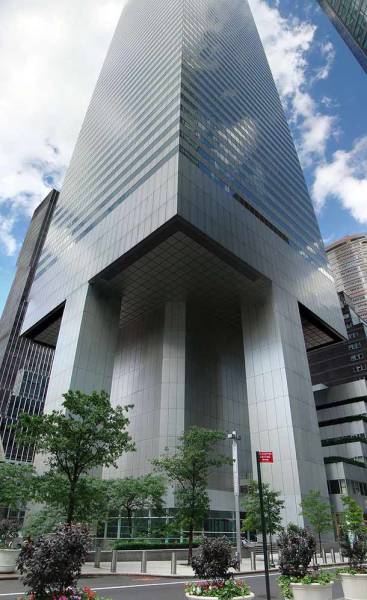 The Russian Embassy in Cuba

The Russian Embassy in Cuba looks kind of like a sword plunging into the ground. However, it seems more likely the local government ran out of money and resources and couldn’t finish the rest. So, they just made an even smaller tower on top of a much bigger one. 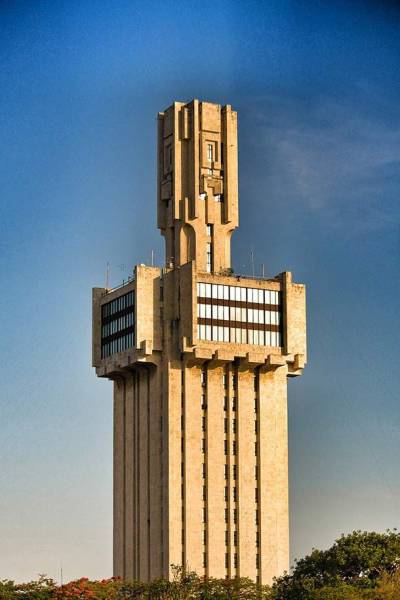 We get it. Robots are cool. And while the Aoyama Technical College Building was designed by an award winning architect, it’s safe to say this building is a hideous embarrassment that looks like it’s trying to be a Power Rangers robot fighting in the city. 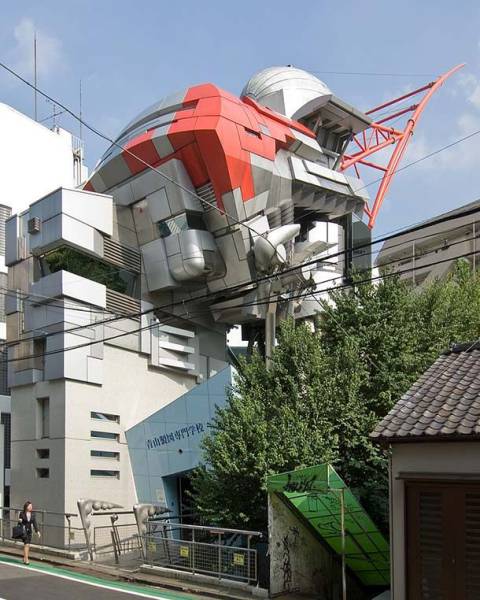 At first glance, the Elephant Building looks more like a big “M” than anything else. Perhaps it sounds like a cute idea on paper (it doesn’t), but tailoring an architectural project on an animal can’t be the right move. 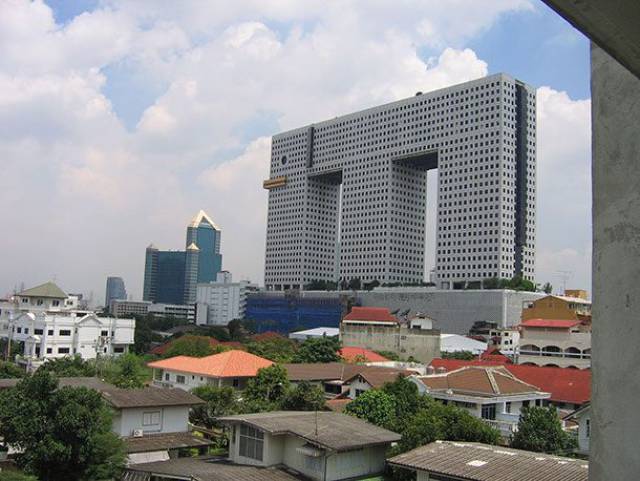 He’s back! Remember when we talked about Frank Gehry and the Ray and Maria Stata Center in number 13? Well, Mr. Gehry decided to grace his architectural genius in Panama City with the Biomuseo, and it’s a doozy. The shapes, colors, and general messiness should look familiar, except this time it looks like he outdid himself with this one. 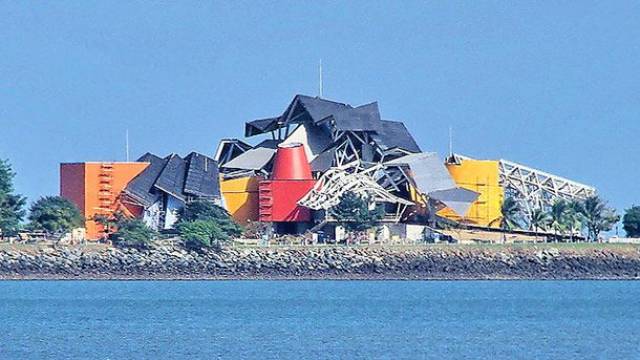 The EMP Museum in Seattle is a pop culture museum and also an architectural disaster if there ever was one. The architects for this building had one job and they utterly failed as it looks like they just tossed up some random pieces and called it good. 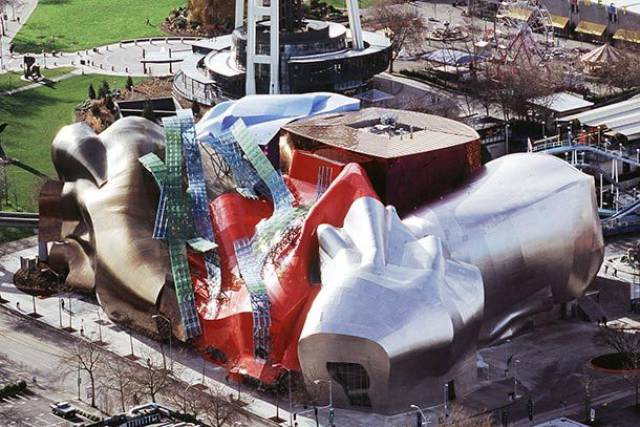