This .38 single shot, break action pistol was designed in Philadelphia by Stanley M. Height, and used by the Naval Intelligence Office during the Cold War. The gun was securely mounted to the back of a cowhide glove, and the spy would typically wear it with a long sleeve garment to hide it from enemy sight. The weapon is activated by making a fist and punching a target. Upon target contact, a bullet is fired at point-blank range.

If a spy was in a tight situation, he could raise his hands up in surrender behind his head. This way, the small pistol behind the glove could not be seen. When the enemy came within range, the spy could punch him in the head for an instant kill. 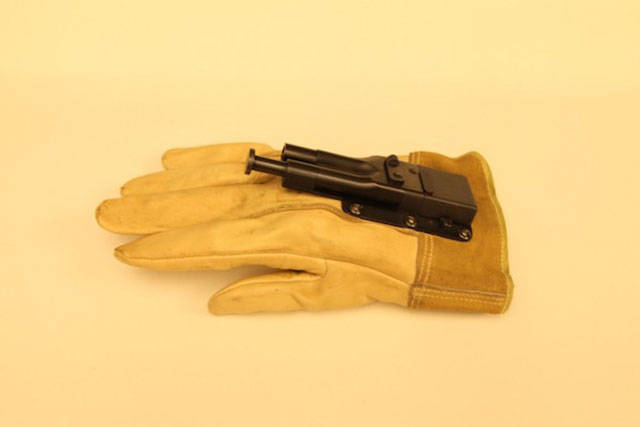 This deadly umbrella has a hidden pneumatic device that is able to inject a small poisonous dart containing ricin into its targets. On September 7, 1978, a Bulgarian journalist named Georgy Markov was stabbed in the leg with the tip of such an umbrella. He died four days later in a hospital bed. An investigation was launched more than 35 years ago, which is the maximum period. No arrests, accusations, or detentions were ever made.

This handy and portable toolkit was designed to be concealed anally by CIA agents during the Cold War. The idea was that if you were captured, you could poop out the miniature toolkit and make an escape. Although the idea makes most people giggle, it could have been a life saver. 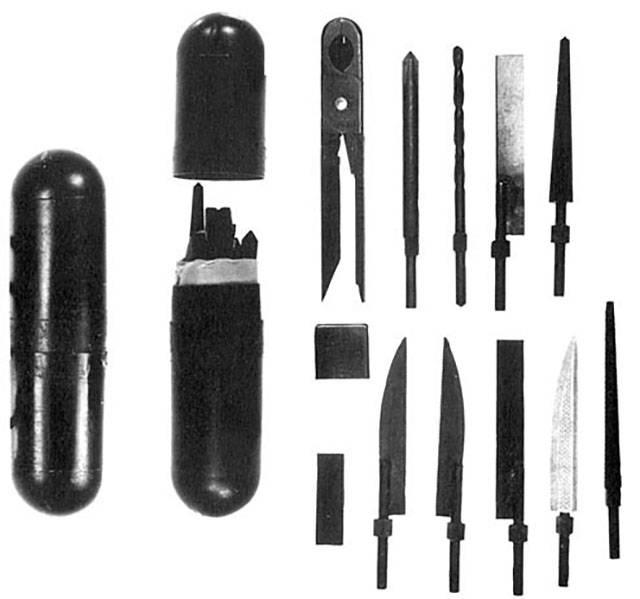 Spy Shoe with a Heel Transmitter

It looks like something out of an old spy movie, but this shoe issued by the KGB is a reminder of the realities that took place during the Cold War, and the many technical innovations that arose because of espionage. Agents used the shoe’s transmitter to record and monitor top-secret conversations. Batteries and a microphone were installed in the heel of the target’s shoes, making them a walking radio station to nearby listeners. 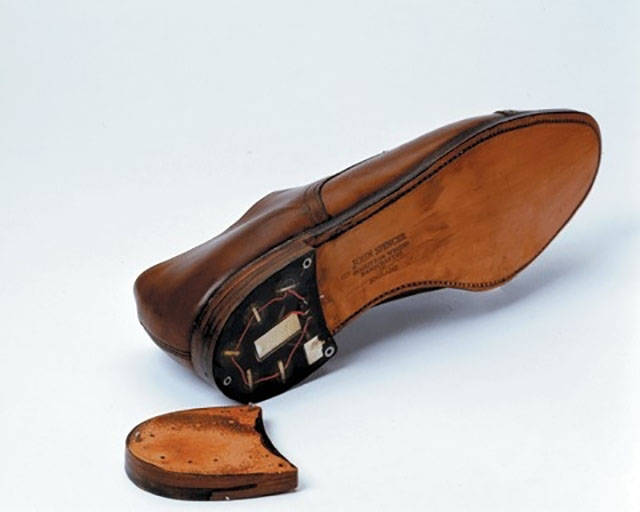 This 4.5mm gun mounted on the tube of lipstick was often referred to as the “Kiss of Death.” KGB agents used it during the cold war. The weapon’s existence was first discovered in a border crossing in West Berlin. Twisting the bottom of the lipstick would fire a single bullet. 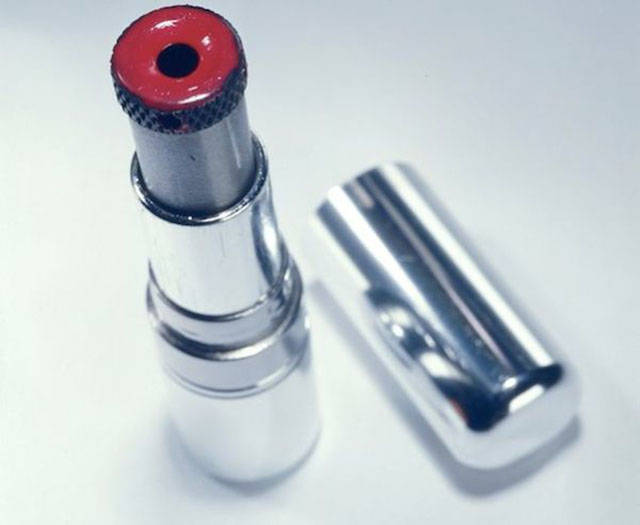 These glasses contained a pellet of cyanide hidden inside. The spy could casually chew on the arms of the glasses and release the poison. It was a way to avoid prisons or harsh torture if captured by the enemy. 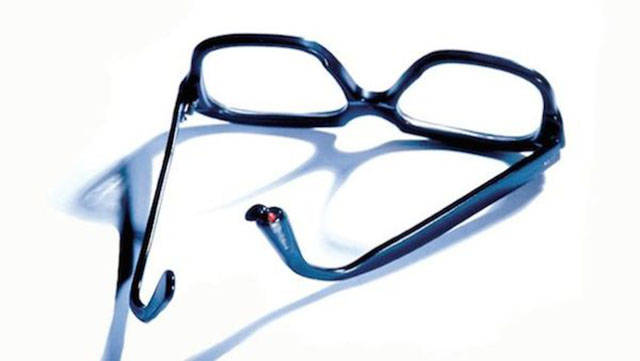 This gun fires a dual cyanide charge that can kill a person almost instantly. It was first used by KGB officer Bogdan Stashinsky when he assassinated two Ukrainian dissidents who were living in Germany. He managed to hide the weapon inside a rolled-up newspaper; no one suspected a thing. 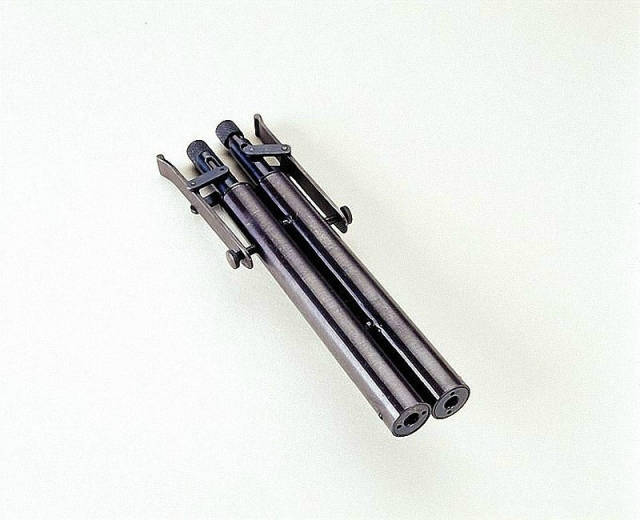 The dead drop spy bolt was hollow on the inside so that men and women could carry secret messages safely to others. If someone searched the pockets of these people no one would expect anything dangerous about a bolt. 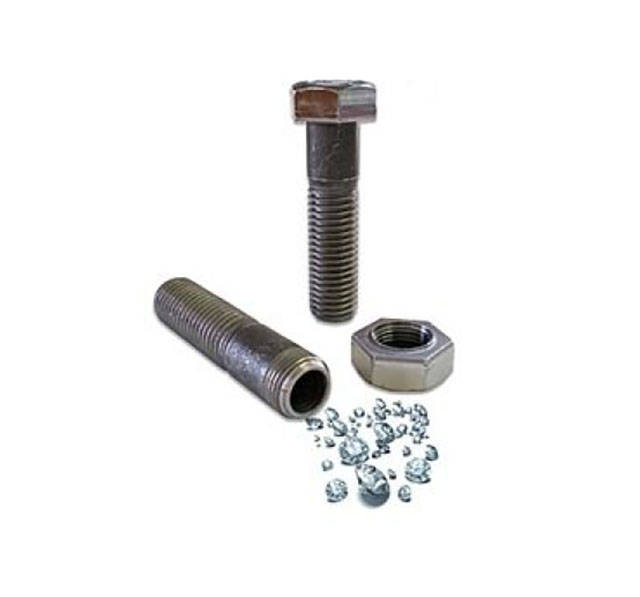 These lock picks were generally used for some of the tougher, more sophisticated locks. The devices proved to be real handy for those breaking into enemy quarters. 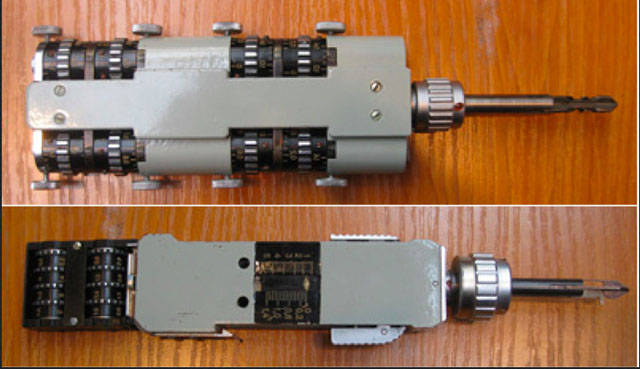 Like the decoder lock pick, this small kit proved to be helpful throughout the war. It all came in a small, convenient tin with a brick of clay to be used for copying any key the soldiers or spies might need. 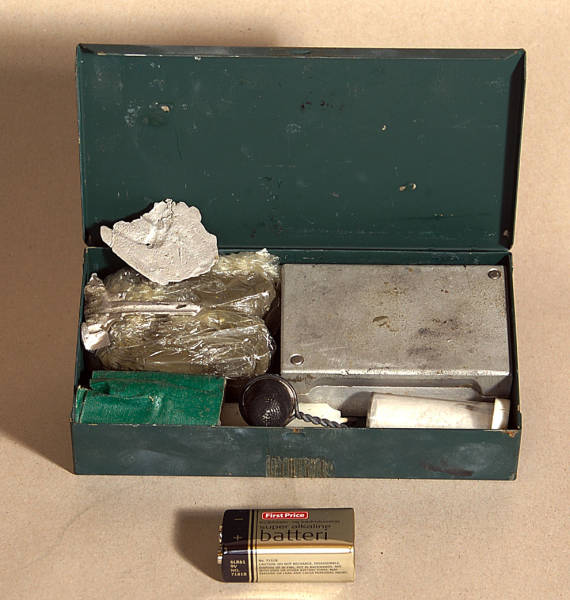 No one suspects money to be any danger. Spies especially would use hollowed-out coins to transfer film to others. Like many of these gadgets, if the spy were stopped, no one would suspect a coin to be useful in passing information from person to person. 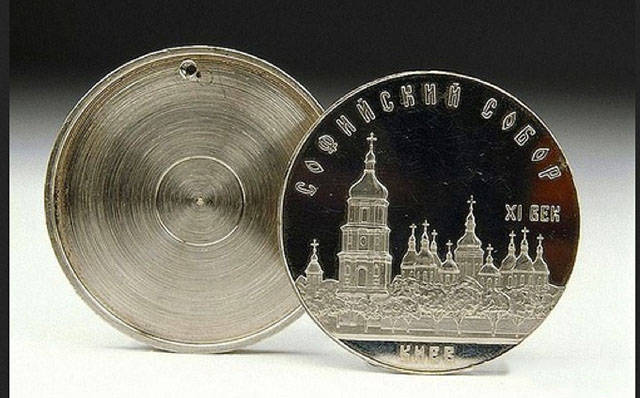 Camera hidden in the coat jacket

At first glance, no one would be able to tell that a jacket had a special camera lens hidden in the button. The person wearing the jacket would have a little button on the inside of the pocket to click whenever they needed to take a photo. 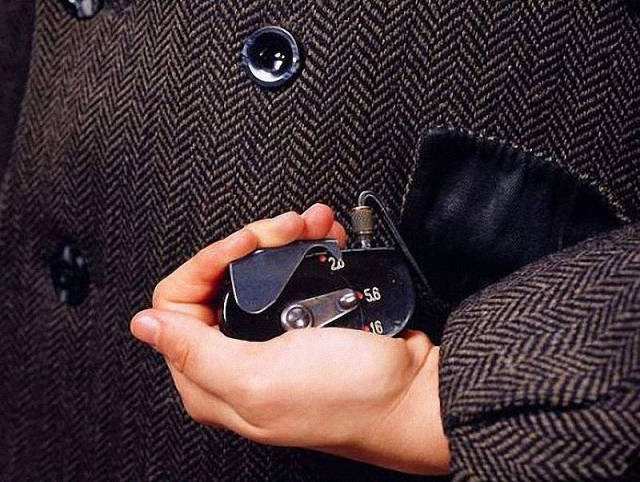 These cufflinks, made in the mid-1950s, had small recessions in them in order to hide microfilm. Any man who wore a suit was bound to have cufflinks, so this was an easy way to hide the film. 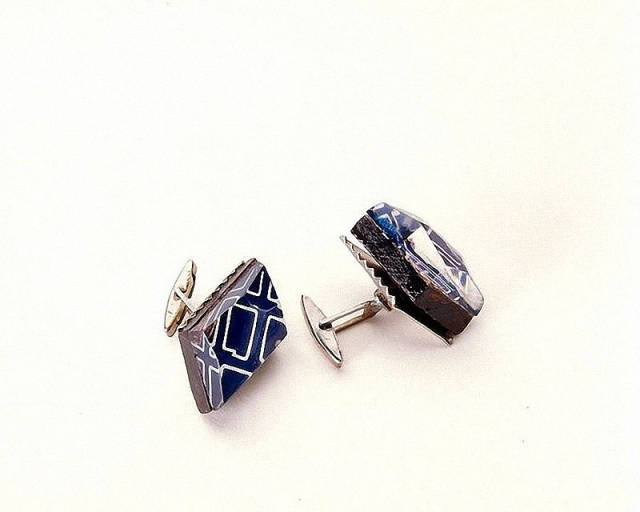 With the job as a spy comes the necessity for some crazy stunts. When some spies had to parachute from planes, they had to have special boots. However, after landing they had to blend into the crowds so they would not bring attention to themselves. This resulted in the idea of having zip-off boot tops on regular civilian shoes. All the spies would have to do after jumping was zip off the boot part on the shoes and toss them aside. 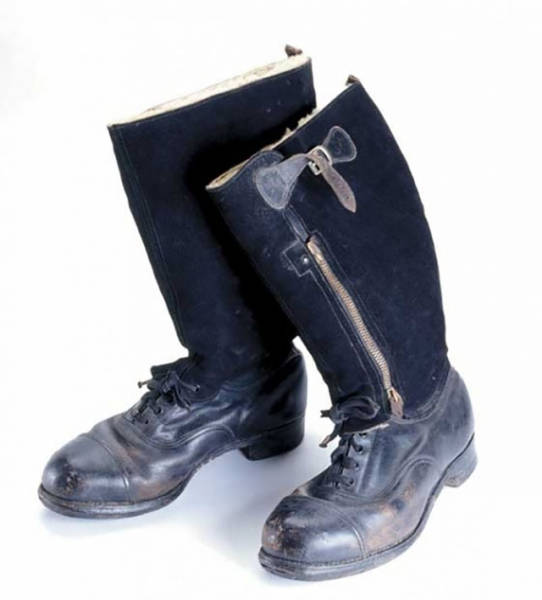 This kind of umbrella was actually used to kill Bulgarian dissident writer Georgi Markov in London in 1978. Markov was waiting for the bus to take him to work when he felt a sting in the back of his leg. He saw a man with an umbrella standing behind him. He died three days later in the hospital of ricin poisoning. His autopsy showed a small hole in the back of his leg.