Life would be a lot easier if you and man’s real best friend could just sit down for a chat, right? There have probably been a few times when you’ve looked down like, “Really? Really, bro?” but received no response – except the most obvious kind.

When you’re browsing iamnaughty.com or scoping out the bar for a beautiful woman, wouldn’t it be great to receive a text rather than an imposing announcement?

In the best situations and in the worst, here’s what your personal man lance would have to say.

1. When You’re Trying Out a New Brand of Condom 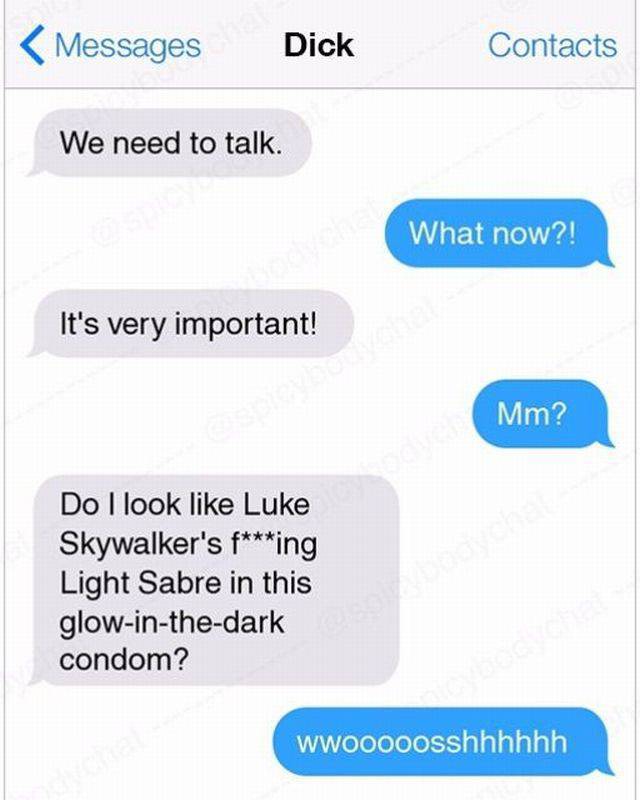 Hey, you thought it was cool! Who doesn’t like glow-in- the-dark? Apparently an appendage that has better ideas for the evening than sound effects. What a loser.