At a beach in Jamaica, almost a ton of sand was stolen a little bit at a time. Although they never figured out who did it, or where it went, police suspected that the thieves resold the sand to hotels in the area. In 2012 a group of men reported to a bridge in the Czech Republic, and said that they were hired to demolish it. Nobody questioned them and the bridge was dismantled and taken away. Later on, it was discovered that the men weren’t there to demolish the bridge, but to steal it for scrap metal.

None of it was recovered. 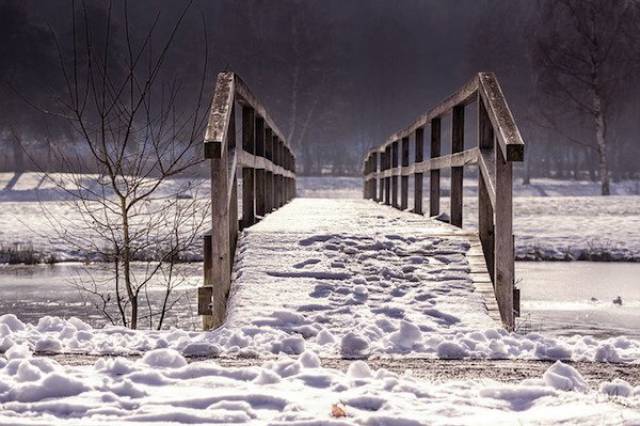 While most think about stealing gas by driving away from the gas station without paying, one thief took his gas obsession to the next level, hijacking a 10-wheeler truck containing 3,000 gallons of gas in Baltimore. 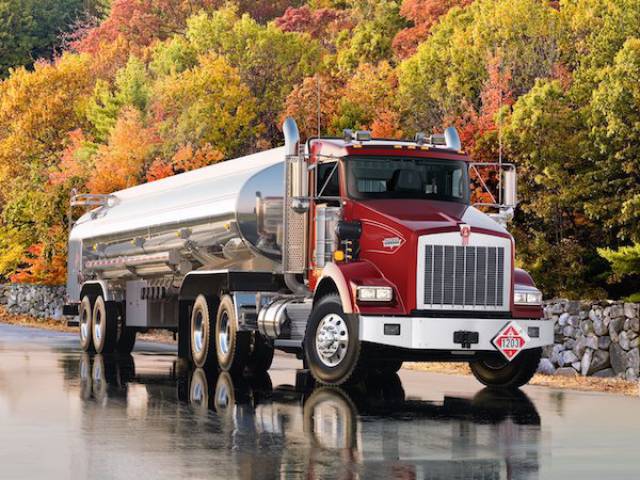 Manholes are pretty popular as items to steal for their metal. In 2011, Los Angeles experienced a wave of manhole thefts, while London lost over 200 of them back in 2004. That same year, 240,000 went missing in Beijing, China in the span of a year. 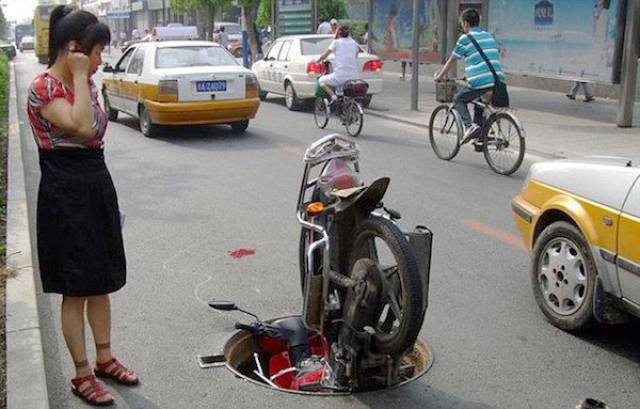 A Giant Hat Made Out of Eggs

Greg Da Silva is a street performer from South Africa, and he currently holds a world record for having the largest hat made out of eggs – over 1,000 eggs. While abroad in Germany, he suffered heat stroke and took off his hat and put it down. It was promptly stolen by a thief and never recovered. 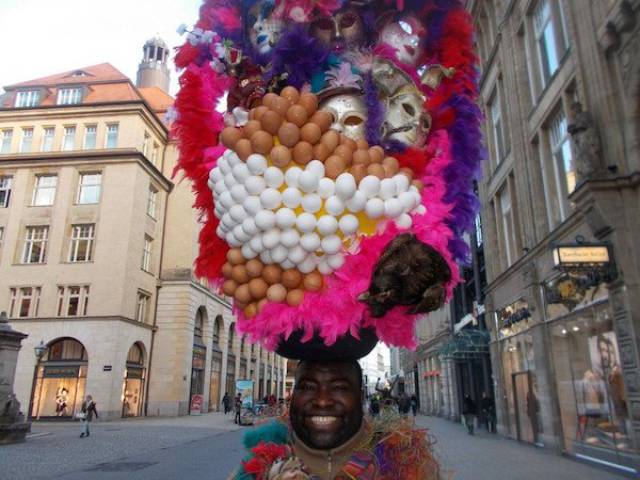 Looks like they’re just as crazy for insane thefts in Canada. A pair of thieves waltzed into the children’s wing of a Toronto hospital and wandered away with a $27,000, 1,200 pound baby grand piano. They literally tilted it onto a dolly, and walked out the front door. Thankfully, they were caught and the piano was returned to the sick children. 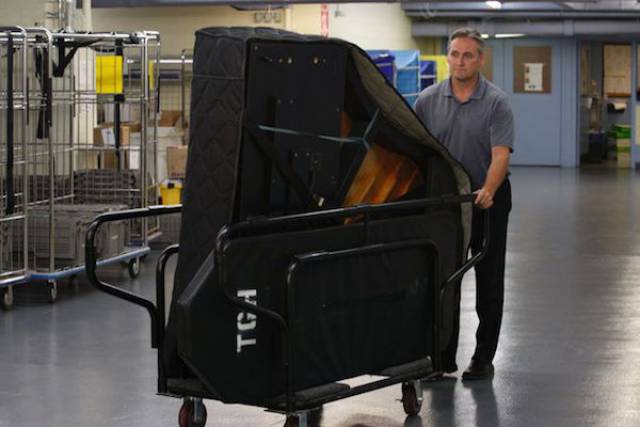 I’m not sure what kind of person keeps a pet shark, but this one British man did, and he had an entire shed dedicated to his shark. One night, someone came along and stole his 2-foot marble shark, worth $2,500. It was never recovered. 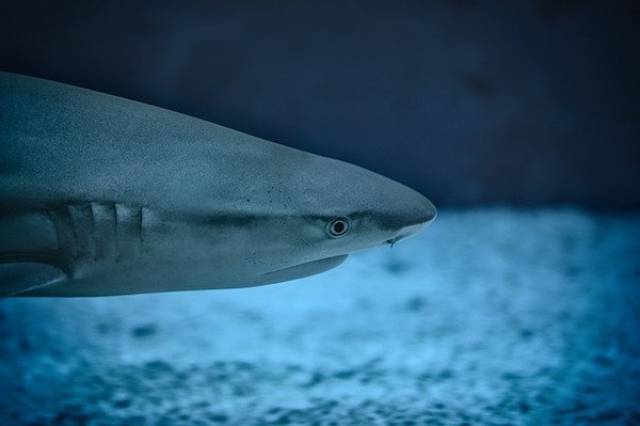 The French philosopher Voltaire wasn’t really well loved by the church during his life, due to his controversial writings in the 1770’s. When he died, he was refused a church funeral and burial. His friends and family then stole his body from where it was buried, and reburied it secretly, at the Abbey of Scellieres in Champagne, France. 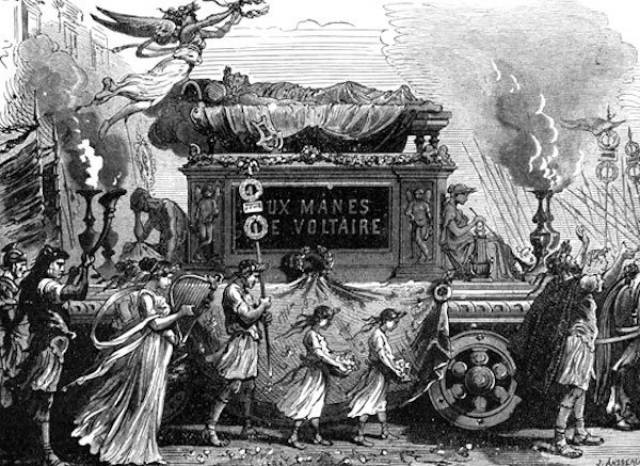 A Pair of Testicles

Most people wake up after a fun night with a hangover and maybe some missing keys. One dude in Russia woke up missing his testicles. As it turns out, that whole organ-trafficking myth is real. He claims to have met an attractive blonde and after accepting some beer and some making out, he woke up the next day at a bus stop, short one pair of balls. 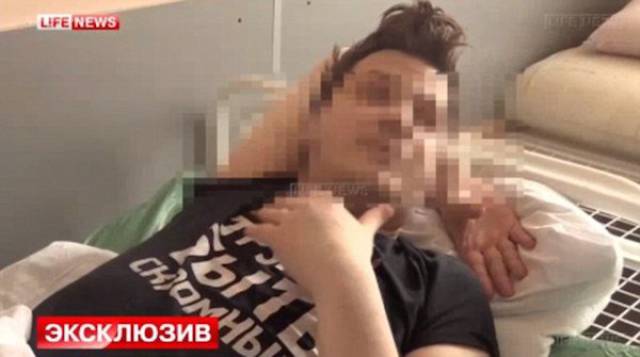 This is an odd one. A British man came home one day to find that his garden shed had been stolen. What’s weird is that all of his tools were removed and laid on the grass, prior to the theft.

At least they were kind enough to leave him his lawnmower. 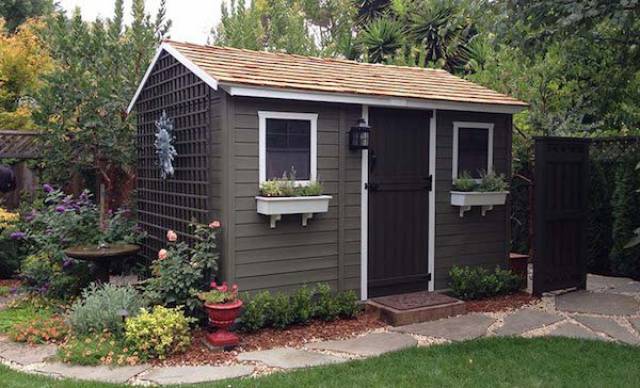 In Simi Valley, California, a 30-foot inflatable gorilla was abducted from a car dealership. Weighing at 350 pounds, “Mr. Pickles” was eventually found on the roof of a nearby high school, as the result of a senior prank. 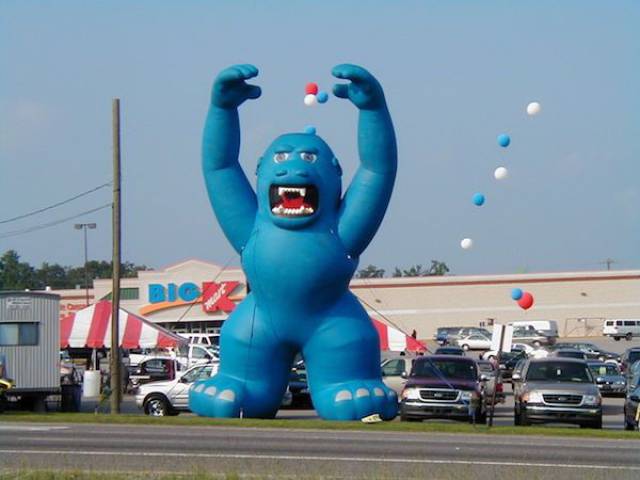 Somehow, after he died, Napoleon’s penis went missing. As the story goes, his bone was taken apart (Bonaparte, get it?) by his physician and gifted to a Corsican priest. It then bounced around Europe until it ended up on display in a museum in New York. It’s apparently now in the private collection of a prominent American urologist. 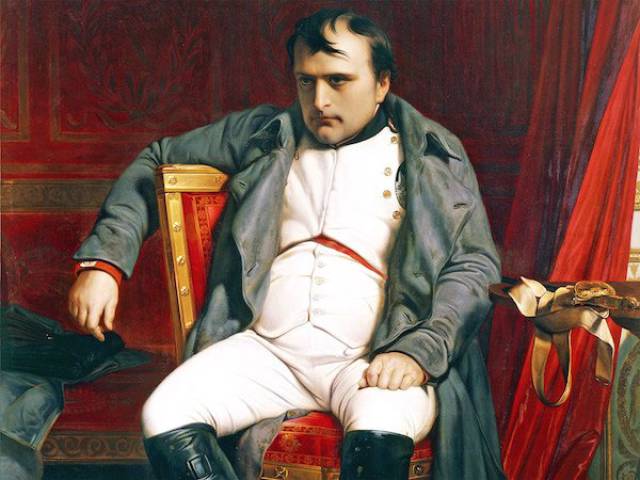 In 1995, Shawn Nelson, an unemployed plumber in San Diego, walked into a military facility, jimmied open a M60A3 Patton tank and took it down the highway, GTA-style. He was pursued by police and was ultimately shot and killed when he refused to exit the tank. 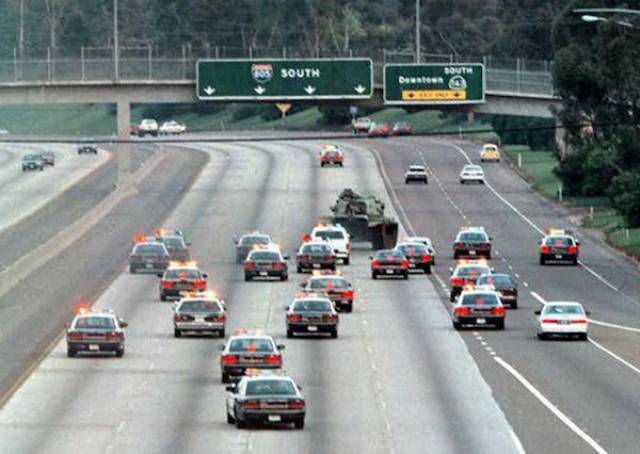 You’d think they’d keep better track of these things, but a rocket engine from NASA ended up on Ebay. The engine was confiscated and determined to be a Saturn RL-10 rocket engine from their inventory, begging the question of how someone smuggled an engine out of NASA in the first place. 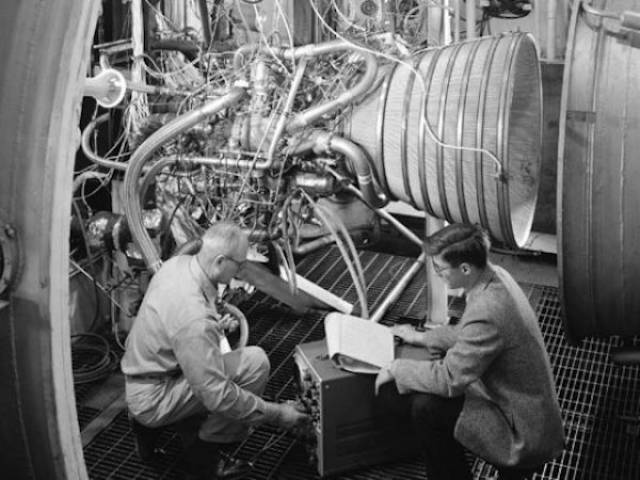 In the Ukraine, a historic locomotive was stolen by scrap metal thieves. Due to its size and weight, police assumed that they had used a crane to remove it from the tracks and place it on a truck. The train was later found at a scrap yard, already disassembled and distributed. 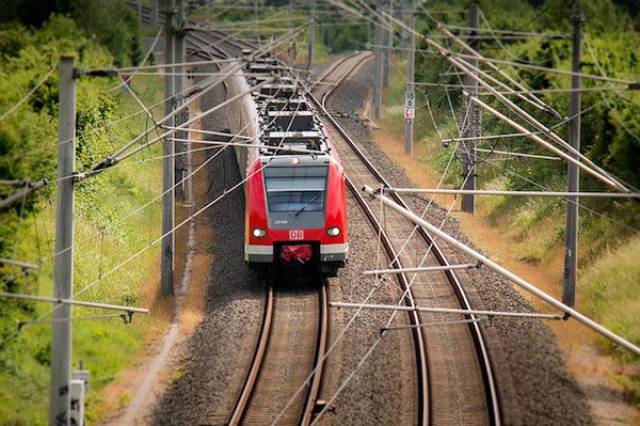 While Manuel Noriega was doing his evil dictator/drug kingpin thing in Panama during the 80’s, his wife was a kleptomaniac. Felicidad Noriega stole close to $305 worth of buttons removed from designer jackets from department stores in Miami. She was eventually caught and arrested. 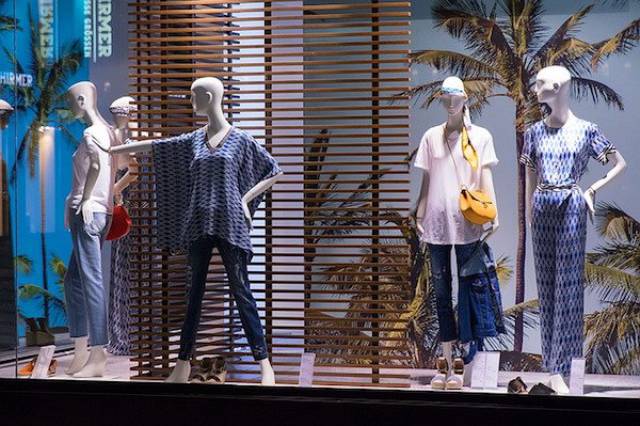 Close to $50,000 worth of bull semen was stolen from a truck in Sacramento, California early last year. The semen was collected from the top 1% of breeding bulls, so it was highly valuable for the beef and milk industry, and so far, they don’t know who took it. 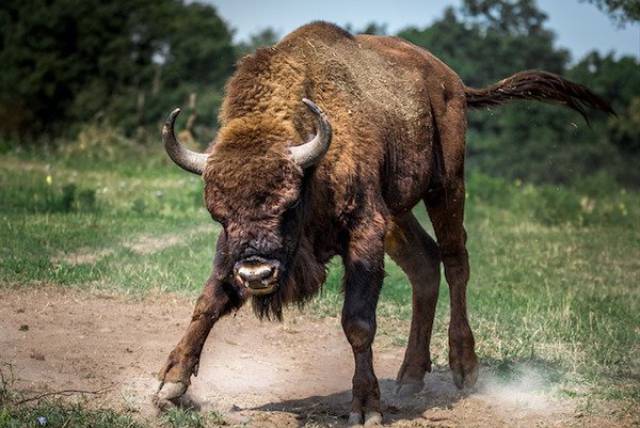 An incredibly heavy Buddhist bell was stolen from a Vietnamese monastary in Tacoma, Washington in 2005. Luckily enough, it was recovered, but it would have taken a forklift to steal, so it makes you wonder how they got away with driving a forklift into a monastery and driving away. 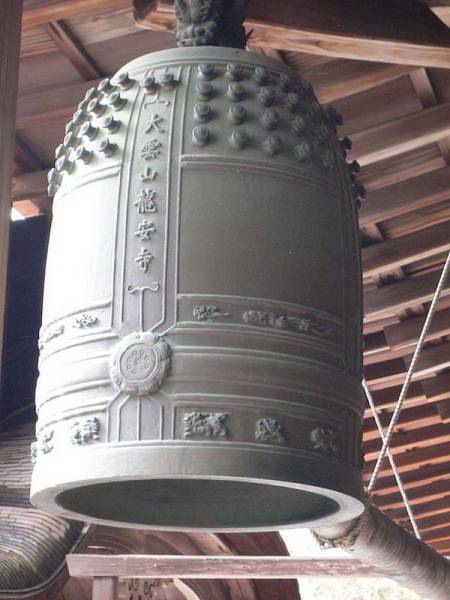 A Cabin in the Woods

When the Hempel family drove up to their cabin in Spokane, Washington, they didn’t expect to find it missing, with the gate to the property cut. An entire 10 foot by 20 foot cabin, fully furnished, just disappeared. The structure was later found, just down the road, on stilts, and returned to the family. 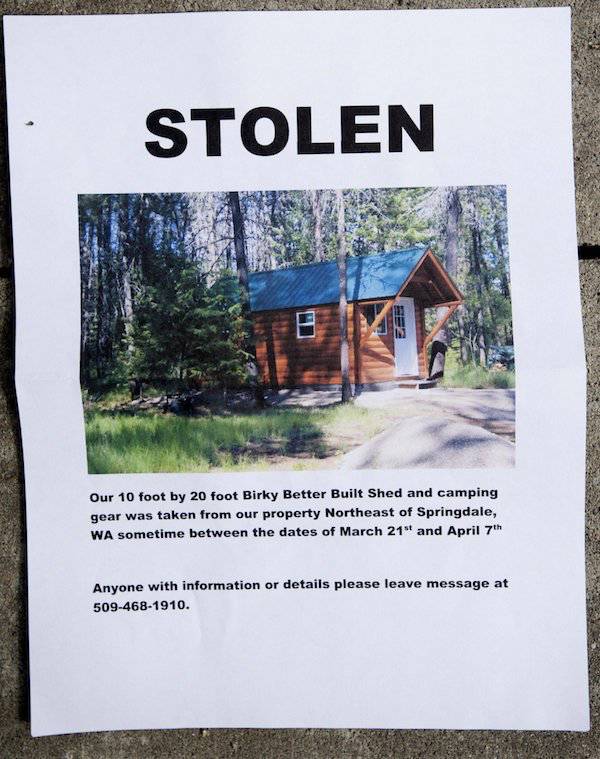 A Bag of Doggie DooDoo

In Des Moine, Iowa, an amateur thief tried to hijack a parked truck. Unable to hotwire the vehicle, he took the next best thing; a plastic bag sitting on the passenger seat. He only made it a few feet before he was caught with a bag of dog shit. 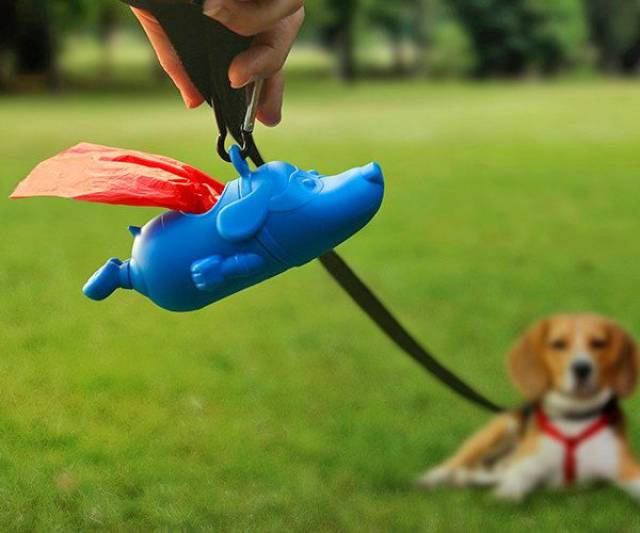 After Einstein died in 1955, an autopsy was conducted by Thomas Stolz Harvey. Despite Enstein insisting that his brain remain intact, Harvey stole a piece of the brain and kept it in a mason jar until he was caught in 1978. 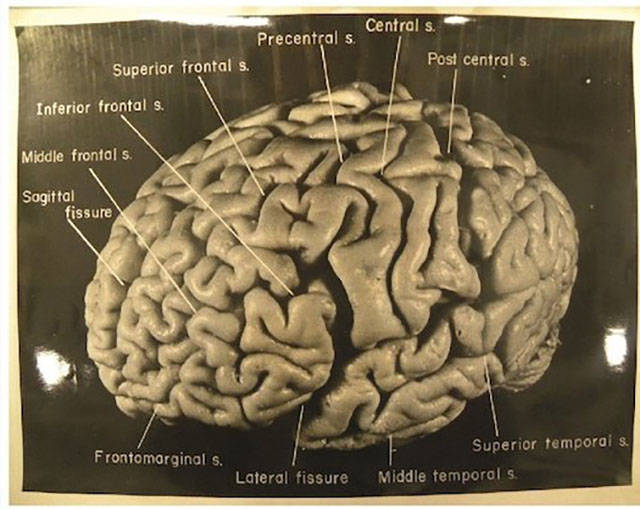 A man from Chile once stole 5 tons of ice from a glacier in Patagonia for the dumbest reason imaginable. His plan was to sell the ice, at a high markup, to fancy bars looking to make cocktails. He was later apprehended when he was attempting to transport the ice in refrigerated vans. 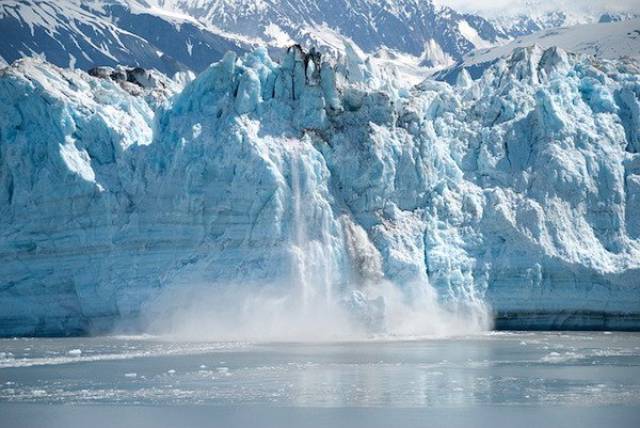 So far there’s been two notably hilarious attempts. The first was in Michigan, when a drunk dude pulled a condom machine off the wall in a bar and walked home with it. Unfortunately for him, witness and police saw him carry the machine home, and arrested him.

The second guy wasn’t so lucky. This German guy attempted to steal a condom machine on Christmas Eve. Lacing the machine with explosives to get at the good, it exploded too soon and killed him. 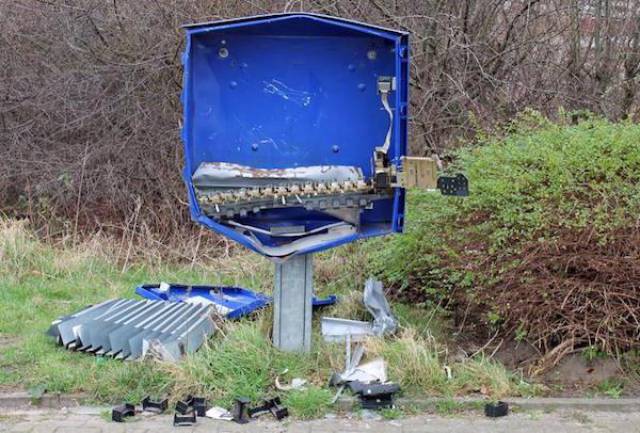 For a while there, Chick-Fil-A was using 24-foot, 350 pound inflatable cows at their stores. An Arizona location opened one day to find their cow missing. Later, a keen-eyed citizen reported seeing the inflatable cow in someone’s backyard and turned them in, earning themselves a year’s supply of free meals from Chick-Fil-A. 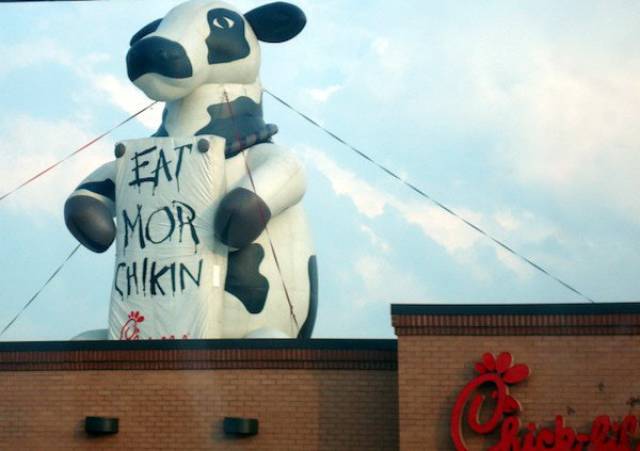 Chelsey Cotts, from Oregon was in charge of organizing a bachelorette party and had $500 worth of sex toys in the trunk of her car. Someone burgled her vehicle and walked away with all of it, leaving her with an awkward police report to make. You can chalk this one up to drunken stupidity, but two students in South Africa stole and endangered penguin from a marine park, and released the bird, named Buddy, into the wild. When they were arrested, they claimed that they were protesting wild animals in captivity, but they didn’t know that buddy had no real-world experience – he was born and bred in captivity. He died in the wild. 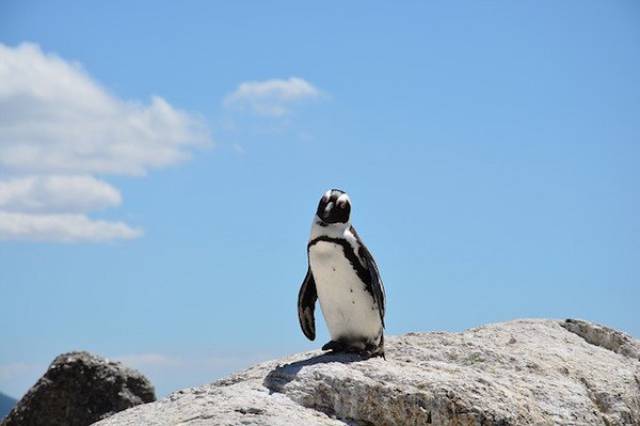 The Lamppost from Singing in the Rain

The infamous lamppost that Gene Kelly swung on was sold at auction and was the property of a Hollywood crew member, who placed it in his front yard. In 1990, someone made off with it and it was missing until 2005, when the late Debbie Reynolds said that she had purchased the lamppost, which makes you wonder what had happened to it for 15 years. 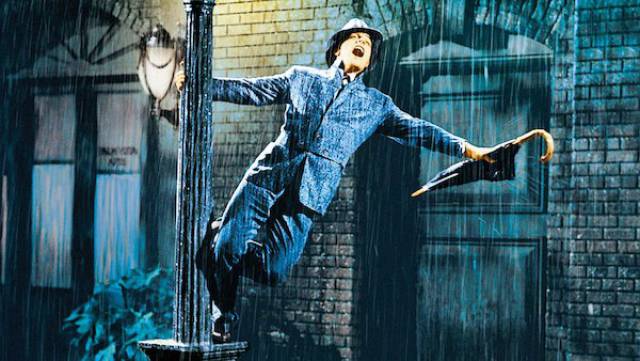 A Pair of Bronze Elephants

A pair of bronze elephants went missing in Ojai, California in 2016. The statues were over 6 feet tall and incredibly heavy, and would have required a crew to move them. Each elephant was valued at $4,000 each, and are still missing. 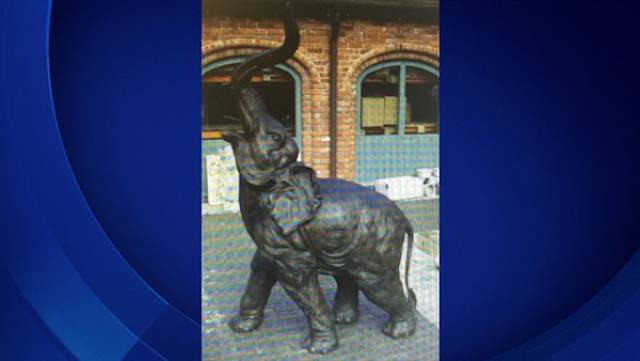 Does anyone remember Marla Maples anymore? You should; she was President Trumps former mistress and wife, and in 1992, 30 pairs of her shoes went missing. The Donald put a hidden CCTV in her closet and found that her publicist had a shoe fetish and was stealing them. 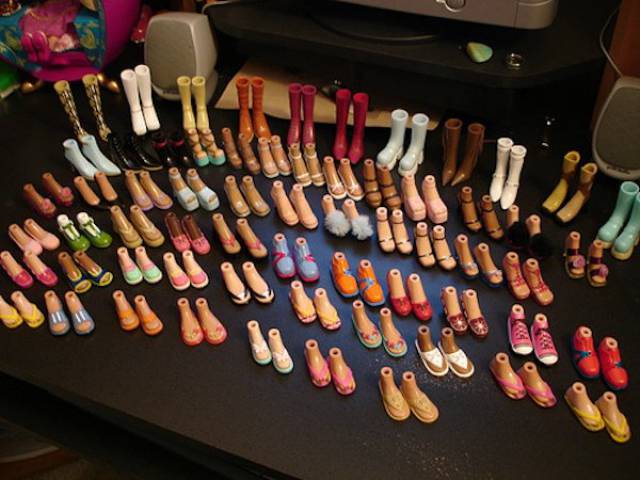 Godzilla used to reside at the Paramount Pet Store in Los Angeles. At least he did, until he was stolen and resold to another pet store. Luckily enough, the 3-foot long lizard was recognized by locals and returned to his owners.

Animal thieves are the worst.