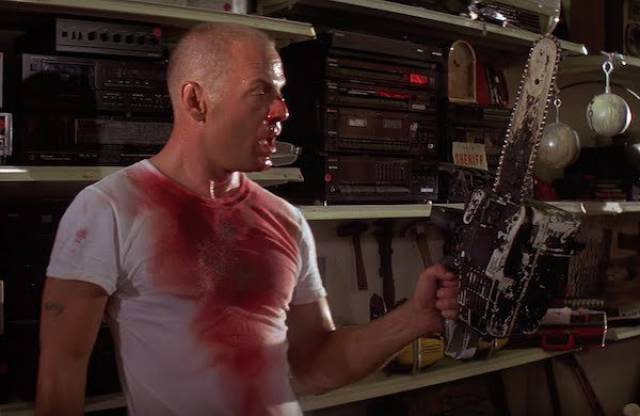 19. Butch Coolidge
Pulp Fiction – 3 kills
While not a bad guy, per se, he does a lot a violent things and is surprisingly deadly. His story begins when he takes a bribe to throw a fight by Marsellus Wallace. He double crosses Wallace and not only wins the fight, he accidentally kills his opponent. Later on, through a series of unfortunate events, he ends up being held captive by Maynard and Zed and ends up killing Maynard with a katana, and escaping.

Finally (though out of chronological order), he goes home to collect his fathers smuggled gold watch and finds the hitman Vincent Vega in his bathroom, and shoots him in the head.

Talk about a bad day. 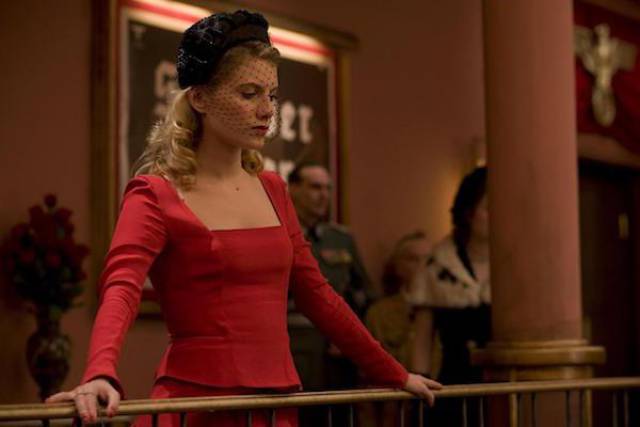 18. Shosanna Dreyfus
Inglorious Basterds – 1 Nazi officer & theatre full of people
If there’s one thing that Tarantino writes well, it’s strong women. While she starts off as the victim when a group of Nazi’s murder her family, she’s able to escape and start a new life operating a theatre in Paris.

When her venue is chosen to premiere a Nazi propaganda film, she locks all the high-ranking officials in, and with the help of the Basterds, lights the theatre on fire, killing everyone inside, including Adolf Hitler.

She technically should rank higher on the list, but since she shares the credit with the Basterds, and didn’t directly kill anyone but the 1 Nazi officer, she’s low on the list. 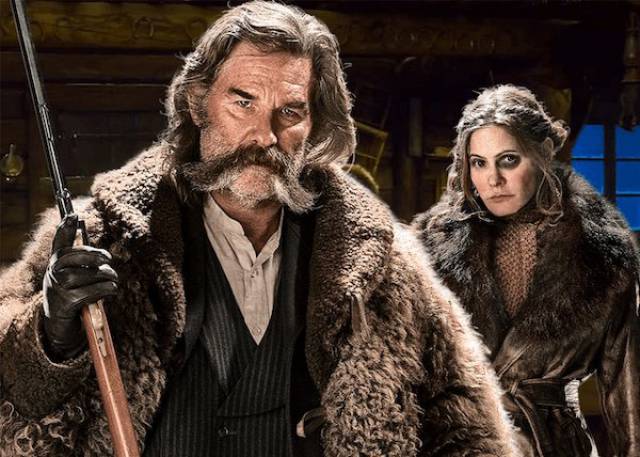 17. John “The Hangman” Ruth
The Hateful Eight – Total deaths unknown
Played brilliantly by Kurt Russel, Ruth is a bounty hunter who earned the name “The Hangman” because he collects his bounties alive, just so he can watch them hang after he collects his reward. While he doesn’t directly kill anyone, and it’s never really stated how many people he’s watched hang, it’s hard to say how much of a killer he is, but given that he’s got a legendary reputation, you can assume he’s pretty successful.

At least until he drinks his coffee and gets gunned down. 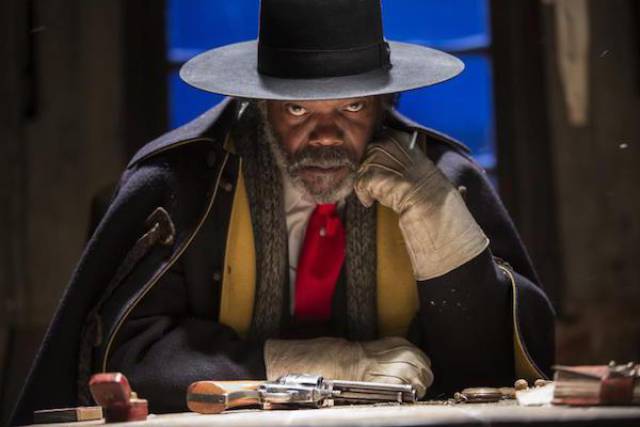 16. Major Marquis Warren
The Hateful Eight – 8 Kills
Warren is also a bounty hunter, except he’s a little more violent than the previous guy. When we’re introduced to him, he’s already killed three bounties and is in the process of transporting them to town.

Later, when everyone is trapped inside during the blizzard, he takes out Smithers, Mobray, Bob, Jody & Daisy Domergue. Not a bad day for gunfighting. 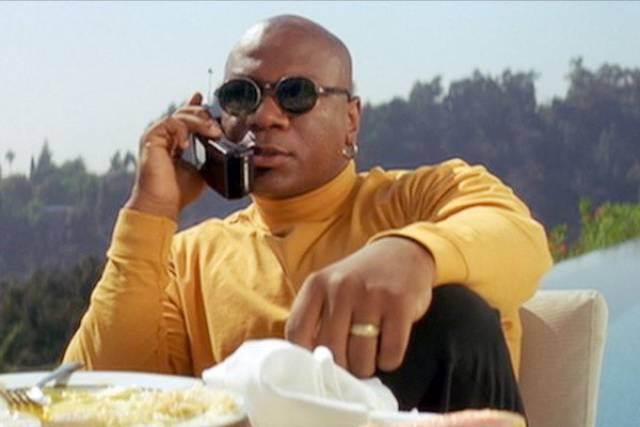 15. Marsellus Wallace
Pulp Fiction – Unknown
We really don’t see him do any killing in the film, but he must be really good at it, if he’s a crime boss. Especially since everyone is afraid of him. He’s got a roster of hitmen and cronies that he can send after Butch and Zed to dole out some punishment, and he’s got connections all over the city, with cleaners and whatnot. 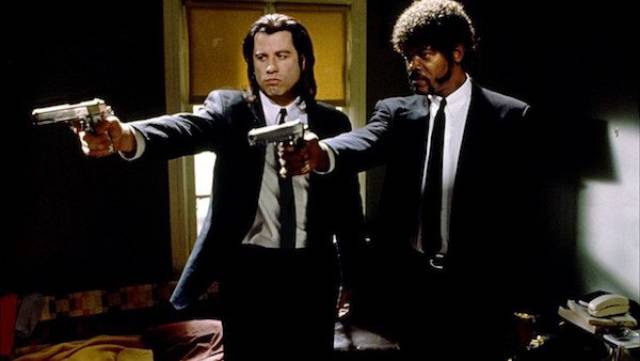 14. Jules and Vincent
Pulp Fiction – 2 during the course of the film + countless others
These guys are deadly hitmen in the service of Marsellus Wallace; they’ve killed a lot of people. We don’t see all the killing, but it’s strongly implied.

What we do see is Jules shooting Brett just to prove a point, while Vincent ‘accidentally’ shoots Marvin in the face in the car. Then, at the end, they manage to diffuse a diner robbery without bloodshed. 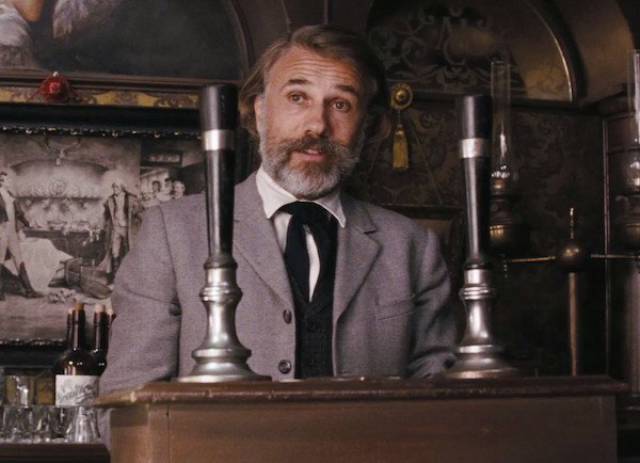 13. Dr. King Schultz
Django Unchained – 4 during the film + countless others
Yet another film with yet another bounty hunter – Tarantino really loves those guys. In this film, Schultz uses the cover of a former dentist to hunt down and kill fugitives. He buys Django because he can identify his next target; the Brittle Brothers.

Along the way he kills Ace Speck, the Brittles, and most of the Bennett gang, as well as Calvin Candie, before dying. 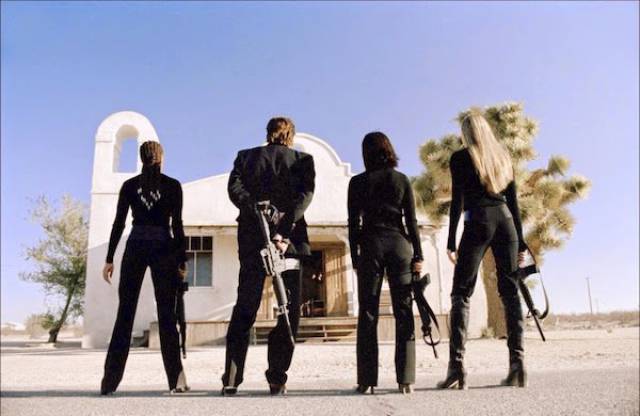 12. The Deadly Viper Assassination Squad
Kill Bill Parts 1 & 2 – Plenty
There’s no hard number of people that the squad have killed, but you can be sure that it’s a shit ton – it’s in their name and their job is to kill people for money. Comprised of Vernita Green, O-Ren Ishii, Budd, and Elle Driver, not to mention the Bride, they were all trained by Bill and followed his orders to the letter. At least until The Bride fell in love.

We see the remaining four work together to ruin the wedding rehearsal, and over the two films, we see how deadly they can be, especially O-Ren’s backstory.

I wouldn’t want to cross her. 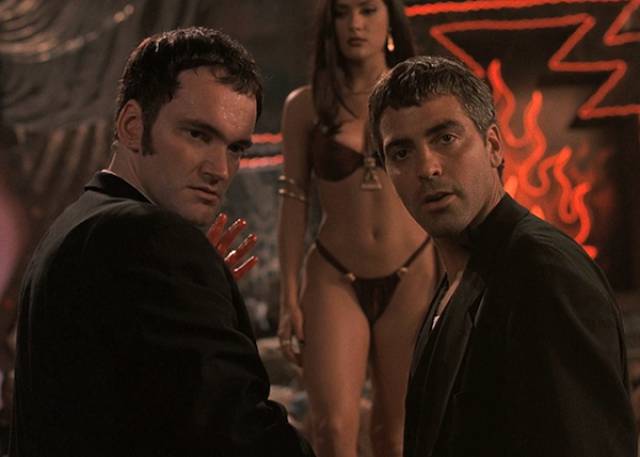 11. Richard Gecko
From Dusk Until Dawn – at least 2, but probably way more
I know From Dusk Till Dawn isn’t a Tarantino-directed flick, he did write the screenplay and his characters are more Tarantino-esque than most, so it counts. Tarantino plays Richard, who with his brother Seth, are wanted for murders and bank robberies in the Southern US.

While Seth is pretty deadly, Richie takes the cake, killing a liquor store clerk, sheriff and a hostage, as well as revealing himself as a sexual predator. Then, once they end up at the “Titty Twister” bar, he turns into a vampire and causes more mayhem. 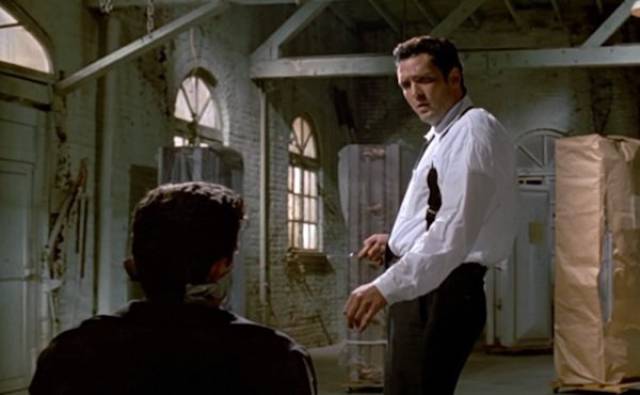 10. Mr. Blonde
Reservoir Dogs – A hell of a lot
I can’t seem to find a proper number for this guy, but let’s be honest – it’s a lot. He’s a psychopath.

This first independent film by Tarantino showed us what he was capable of, with a violent heist film that show’s us what happened before and after, but never the crime itself.

During the heist that goes wrong, Blonde murders several innocent bystanders, and kidnaps and tortures a cop to the sounds of “Stuck in the middle with you.” He’s taken out by undercover cop Mr. Orange, before he can light the officer on fire. Still though, the guy’s a stone-cold killer. 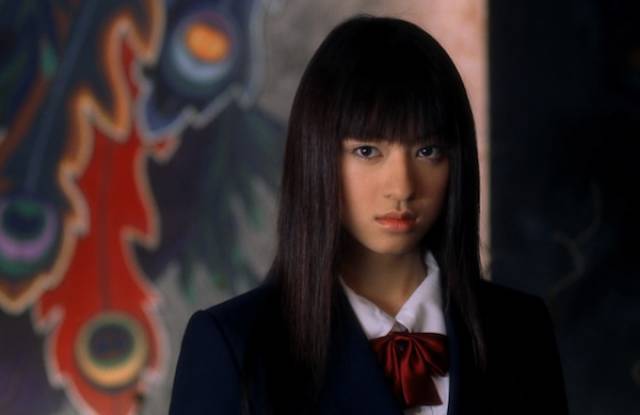 9. Gogo Yubari
Kill Bill Part 1 – unknown
Gogo’s on the list not because of quantity, but quality. She’s easily the craziest out of the Crazy 88 and is the personal bodyguard to O-Ren Ishii. We know that she’s crazy because we see that flashback that show’s her disembowel a man because he hit on her. Later on, during the big fight, she almost takes out the Bride. 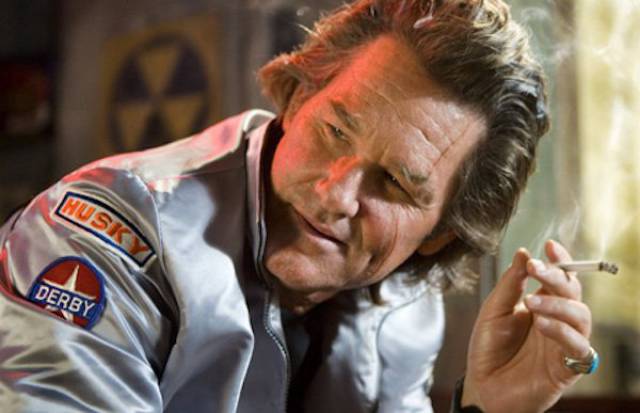 8. Stuntman Mike
Death Proof – 5, that we know of
While this one might not be a top choice in the Tarantino canon, I really enjoy it as a part of the double Grindhouse feature. You’d never expect a stuntman to be a serial killer who uses his ‘death proof’ car to kill people, so it’s pretty original. We see him kill 5 girls during the first half of the film, until he goes up against hollywood stuntwoman Zoe Bell and her friends, and gets taken out. What we don’t see is how many previous victims he’s had before meeting the end of a lead pipe. 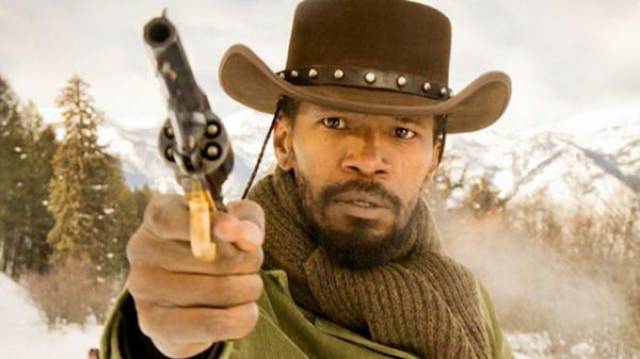 7. Django Freeman
Django Unchained – An entire plantation
Even though he starts off the film as the complete opposite of a killer – as a slave, he morphs into one by the end of the flick. His apprenticeship with Dr. Schultz helps to create a badass bounty hunter and wife-rescuer.

By the time the credits roll, he’s killed some slavers, racists, and the entirety of the Candie plantation by shooting them or blowing them up. Then he rides off into the night with his wife Broomhilda. 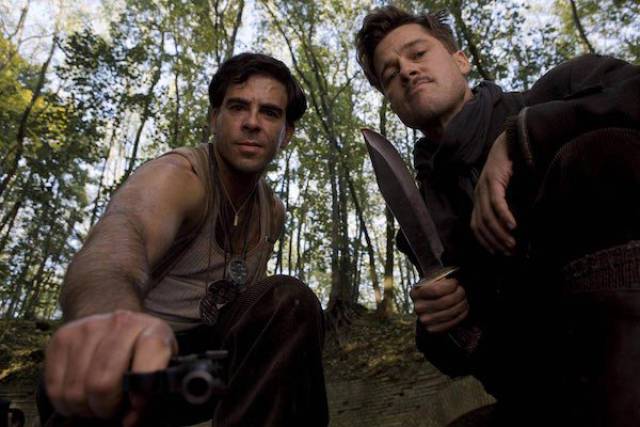 6. The Basterds
Inglorious Basterds – Hundreds of soldiers and Nazis
Much like Bill’s group of assassins, the Basterds are pretty deadly. Headed up by First Lieutenant Aldo Raine, the Basterds are Jewish-American soldiers to hunt and hill Nazis, and create a near-mythical status for themselves.

There’s no final body count for how many they took out, but this group also was behind the fire at the theatre and they were ultimately responsible for the execution of Adolf Hitler, before losing their lives to the cause, making them some of the deadliest characters in the film series. 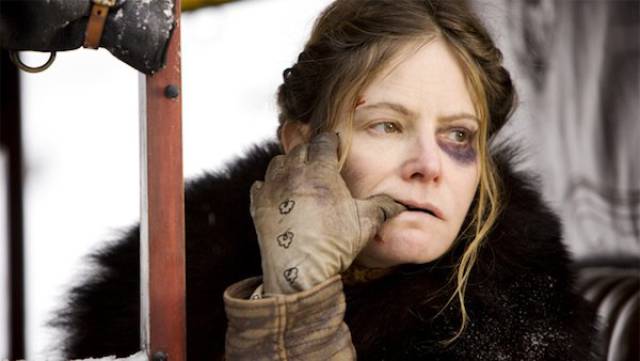 5. Daisy and the Domergue Gang
The Hateful Eight – An entire Haberdashery full of people + Ruth, O.B. & countless others
The Domergue gang have a huge bounty on their heads for one simple reason – they’re deadly murderers. At first, we think that Ruth is just bringing in a simple lady, destined to be hanged. We soon find out that she and her gang murdered the people at the inn and were staging a rescue of Daisy.

We don’t actually learn what the gang did to earn their huge bounty, but based on how ruthless they were and how they dispatched the people trapped in the inn with them, they’re a pretty murderous group. 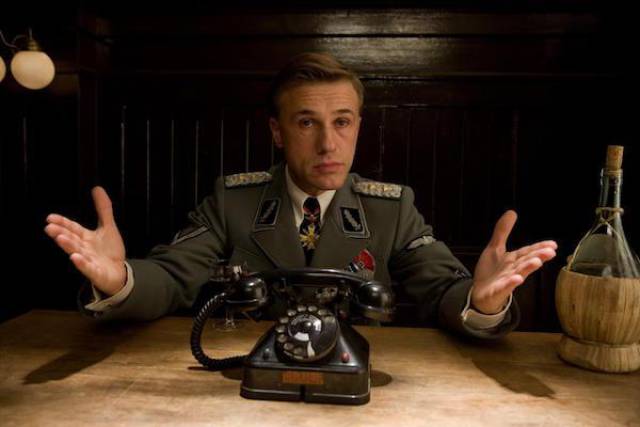 4. Hans Landa
Inglorious Basterds – too numerous to count
Given that he’s got the “Jew Hunter” as his nickname and his job is to find hiding Jewish families, you can assume he’s really good as his job. Plus as a high-ranking member of the Nazi party, he’s not someone to be trifled with. He’s a villain, murderer and generally not a very good guy.

He’s got a deadly combination of charm, brilliance, cruelty and is incredibly relentless in his pursuits. He’s also very self-interested. When it comes down to committing to his cause, or changing sides to avoid death, he negotiates a deal with the Allies to save his ass.

At least until Lt. Raine carves a swastika into his forehead. Can’t talk your way out of that one. 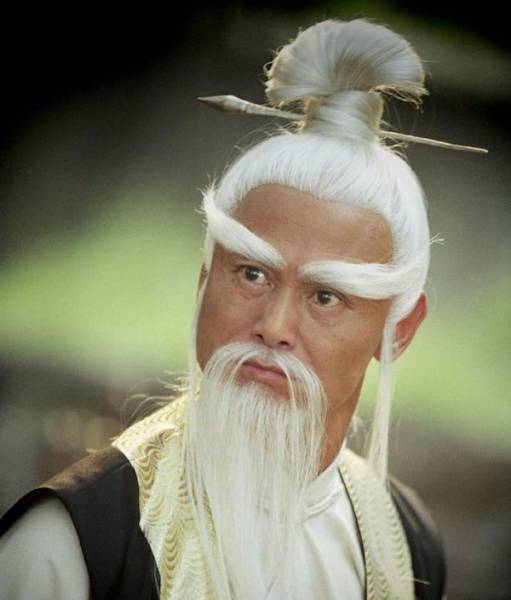 3. Pai Mei
Kill Bill Part 2 – An entire temple of Shaolin Monks + others
All we know about this mysterious Kung-Fu master is that he trained Bill and the rest of the Vipers, he hates Americans and females and is incredibly dangerous. He’s mastered the Three-Inch Punch and the Five-Point-Palm Exploding Heart Technique and is so fast that he once plucked out Elle Driver’s eye when she insulted him.

According to the legends, Pai Mei once took out an entire temple of Shaolin monks because of of them didn’t give him a ‘slight nod’ of acknowledgement. That’s badass. 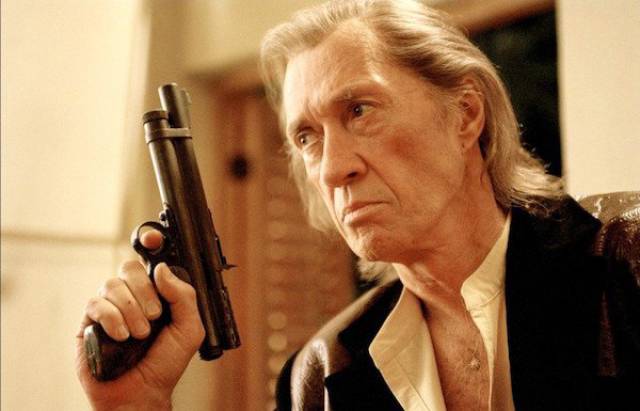 2. Bill
Kill Bill Parts 1 & 2 – unknown
Given that he was a part of the Yakuza once, led his own team of Deadly Vipers and was trained by Pai Mei, it’s assumed that Bill is one of the most dangerous characters in the Tarantino universe. While we don’t see him fight, we do know that he took on Pai Mei in combat once, and he made it out in one piece. He was a pretty tough guy up until he met the person at the top of this list. 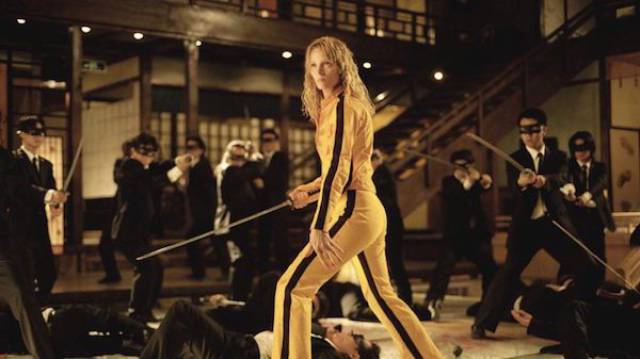 1. The Bride a.k.a Beatrix Kiddo
Kill Bill Parts 1 & 2-The Deadly Vipers, Crazy 88’s & Bill
Did you expect anyone else? The entire two-movie saga is about her chopping her way to the top of the list. All because Bill ‘overreacted’ when he found out she was pregnant and wanted to leave the Assassination Squad. Leaving her for dead, she didn’t, and found her way to Bill’s doorstep, after taking out everyone else.

You can say what you will about the ending of the saga, and how you wished for a giant sword fight to end it all, but Kiddo’s use of the Five-Point-Palm Exploding Heart Technique is poetic and brutal. After all, anyone can chop off a limb, but only The Bride can take you down by causing your own body to kill you. That’s vengeance.