There Is No Waterslides In The US More Insane That These! (16 pics)

This park is aviation themed, so if you have fear of flying,, super speeds and water, it’s probably best you stay home. There is an actual plane on top of the roof of the waterpark that has four Inner-tube and body waterslides that exit from the backdoors, dropping your off into a pool within the building.

Bet you wished you paid attention during that water-landing demonstration before the flight. 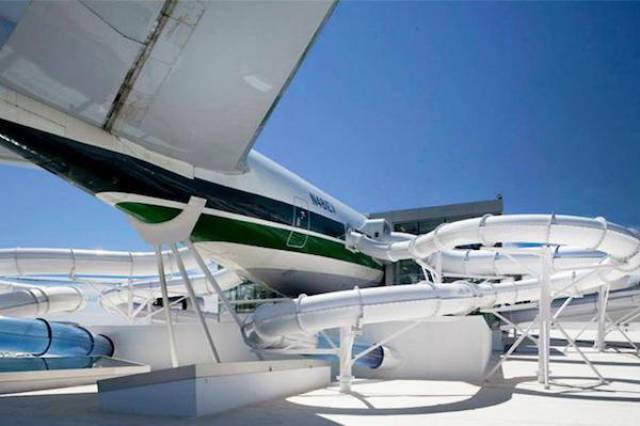 Just because it’s in the happiest place on earth, doesn’t make it less scary. The Summit Plummet at Blizzard Beach has a near vertical drop that’s one of the tallest and fastest freewill body slides in the world.

At least all that fake snow will cushion your fall, right? 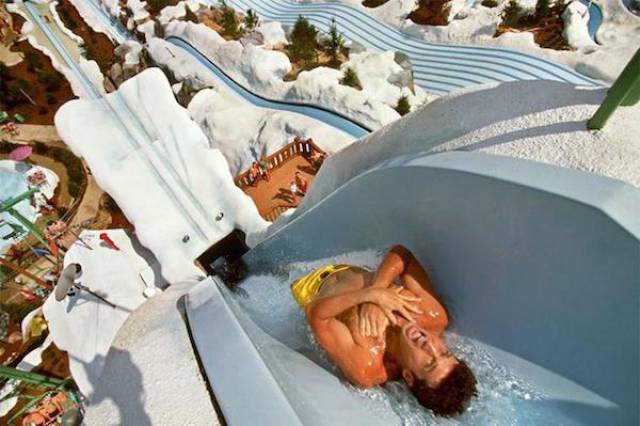 You’d think that a waterpark named after a dude who saved the animals after a biblical flood would know a thing or two about water, and you’re not wrong. The Black Anaconda is one of the most thrilling and terrifying water coasters in the world. Part waterslide, part coaster it’s got the requisite downhill sections and some uphill ones where you’re propelled by jets. It’s the fastest (30 mph fast) quarter mile you’ll ever do soaking wet. 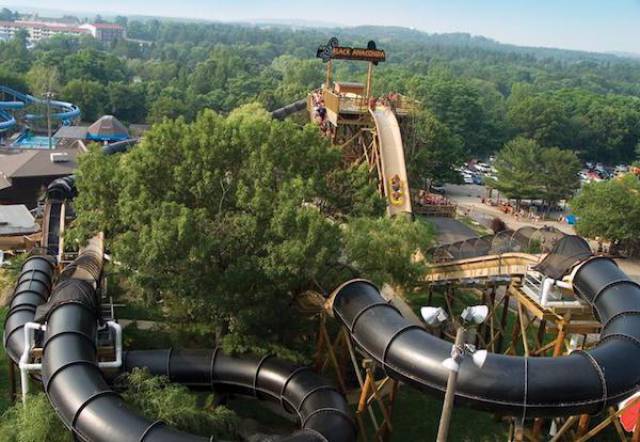 This speed demon is a multi-person raft slide that takes you through dark tunnels and sharp turns, including a 45 degree drop that launches you at 20 mph into a funnel, that drops you into a pool. 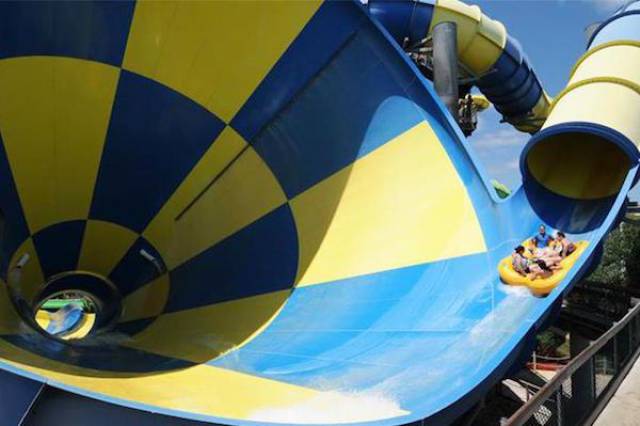 While the Wildebeest used to be the best water coaster at the park, that title now belongs to the Mammoth. It’s seven stories tall and requires a conveyor ride up a lift hill. It’s currently the longest Water Coaster in the world, full of extreme drops, insane downhills and tunnels of complete darkness. 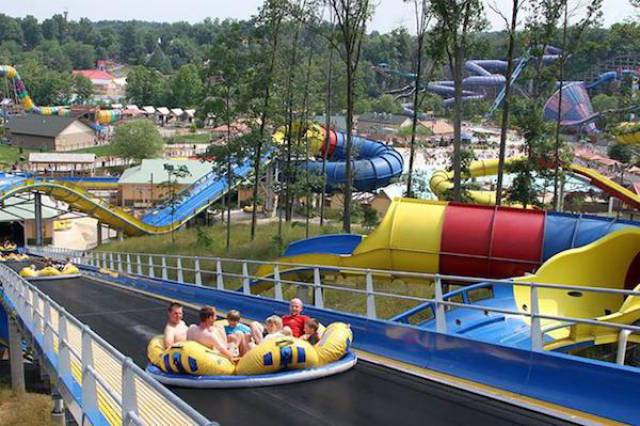 Also located at Noah’s Ark is this behemoth. It’s 400 feet long and the first drop will send you falling at 50 feet per second, and loop you around platforms in a super clear tube, so you think you’r gonna fly into the sky. 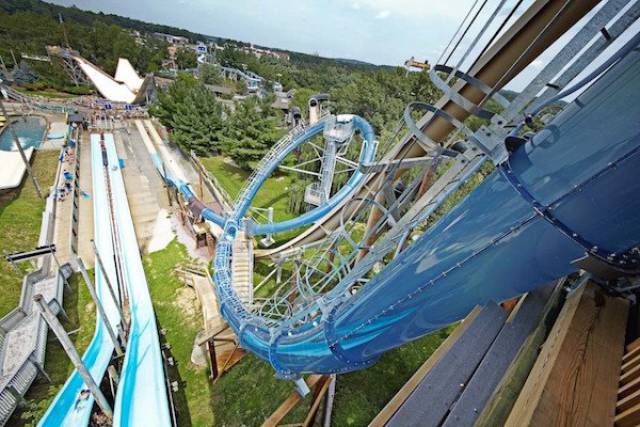 What’s with waterparks and snakes? As if plummeting down a waterslide, with only thin bathing suit keeping your business from a severe case of road rash wasn’t scary enough, you need to toss in snakes. For the ride, you’re going down a slide filled with thrilling light effects and rapid speeds, then get shot out of a snakes mouth at the bottom. 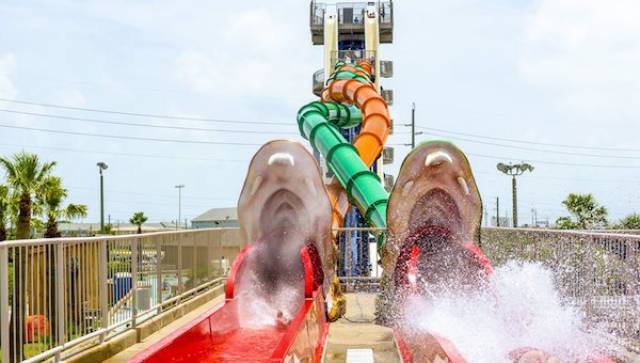 Named after bomb bays on military aircraft, this water slide has a hatch that opens under your feet and drops you down a nearly 90 degree freefall. 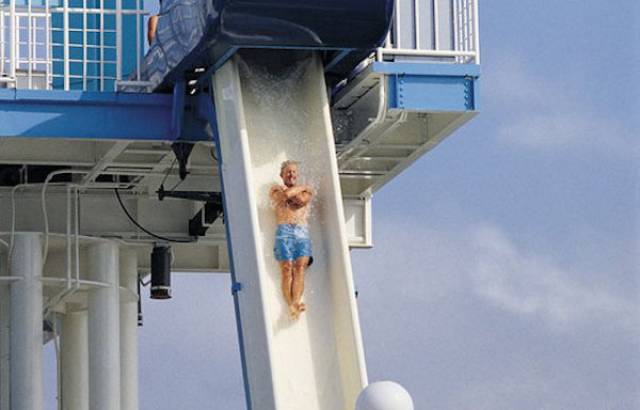 Located in the Black Snake Summit of this California waterpark are these 75-foot high danger slides. They’re the tallest enclosed waterslides in Southern California and offer you some fast turns in pitch darkness. 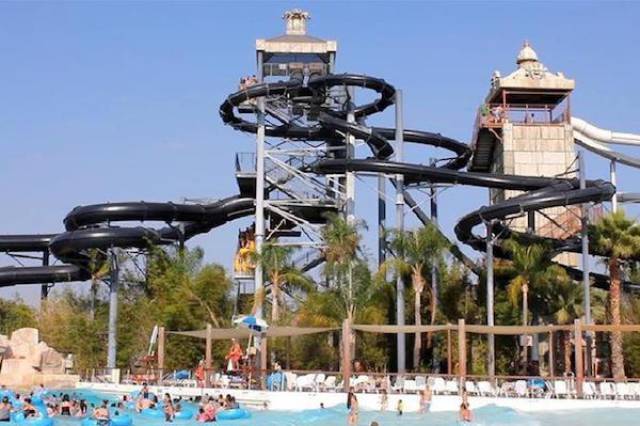 Riders pile onto a raft and experience a 53 foot drop, then slide into a 65-foot domed funnel with lights and sounds and once disoriented, they’re spit out into a splash pool. 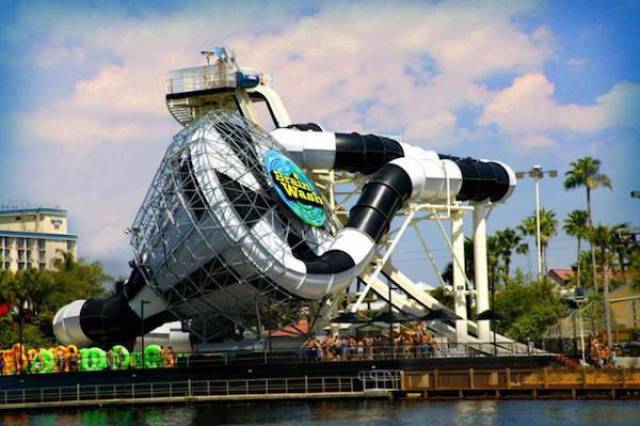 At the famous Aquatopia Indoor Waterpark, the Venus Slyde Trap entices riders onto a rafting tube and slides them down a 600-foot long enclosed tube then onto a record-breaking, 16-foot sphere where you slide around 90 degree turns and plunge into darkness. 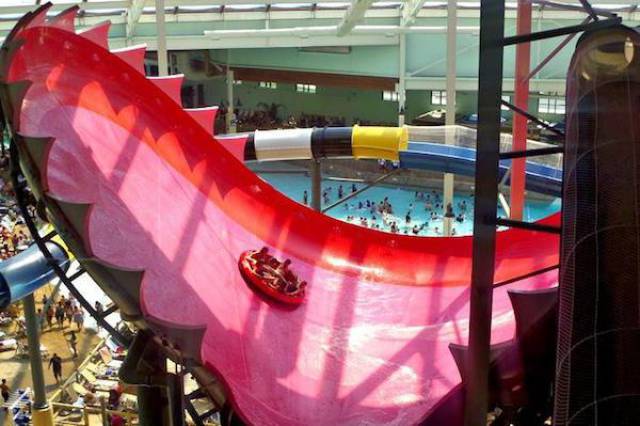 This is one of the most terrifying on the list. It’s the worlds tallest and only double looping waterslide. Standing at 100-feet tall on top of a hill, and has a trapdoor that opens unexpectedly beneath you, dropping you down the flume and spiralling all the way to the ground. 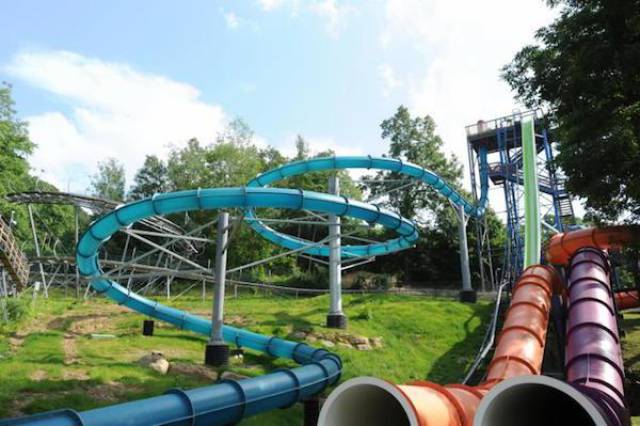 The name should tell you how messed up this guy is. It’s 256-feet long and towers up to 56 feet in the air. You slide down the snake’s body and straight into the head and hood of the danger noodle. 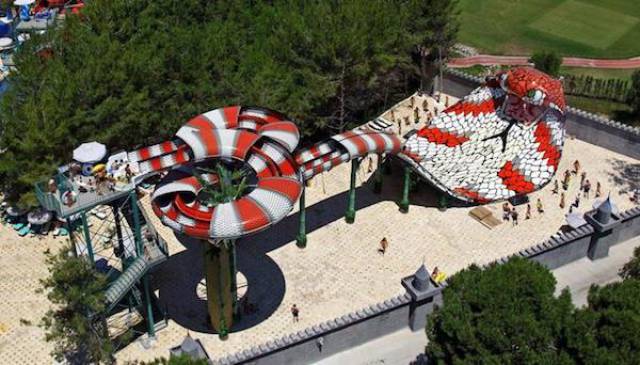 This was voted the best slide in America 3 years ago, but time hasn’t diminished its shine. It’s the park’s first HydroMagnetic Rocket coaster, which uses magnets in the uphill portions of the ride to keep your raft going. It’s 3 min of of drops, twists and turns, starting off with a 4-storey drop that launches you to a speed of 36 feet per second. Yikes. 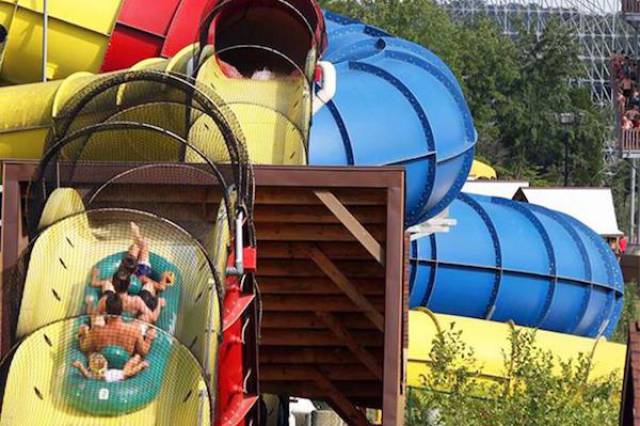 This is an extreme slide that launches you at speeds close to 40 mph. Using a launch capsule that drops you unexpectedly, you’re sent down a free-fall of 6 stories, then through spirals, turns and twists. 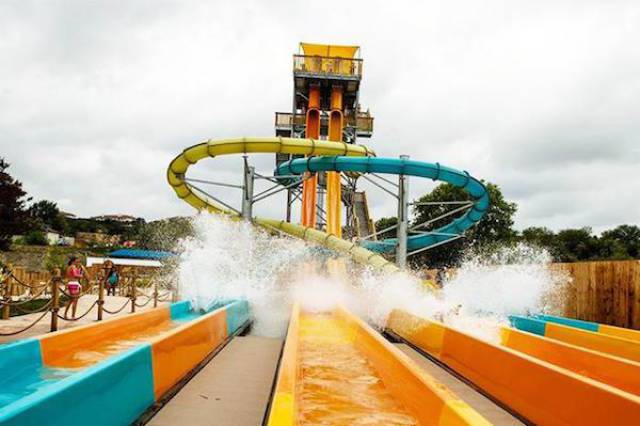 This is the home of the first hybrid zero-gravity slide with two thrilling components. First you’re dropped down a 5 storey drop and spun at 360 degrees. Then you make your way to an enclosed tube where you feel a moment of zero-Gs before you hit an embankment and land in the splash pool. Sounds gnarly. 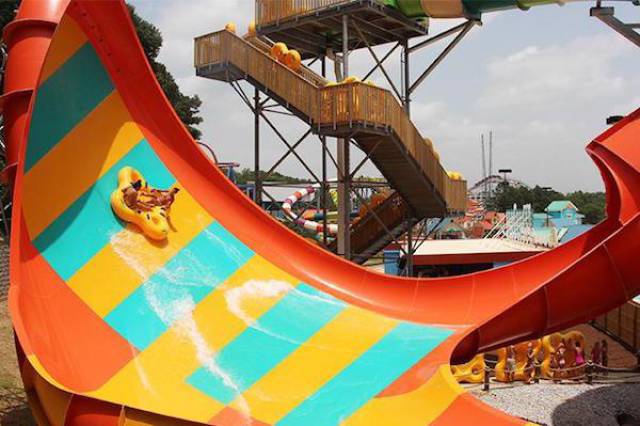