The Terrafugia TF-X is designed by the firm Terrafugia. For those frustrated by the hassles of heavy traffic, you might be happy to hear this futuristic car has the ability to fly. Additionally, the driver would be able to input the destination, and the vehicle would take care of the rest. 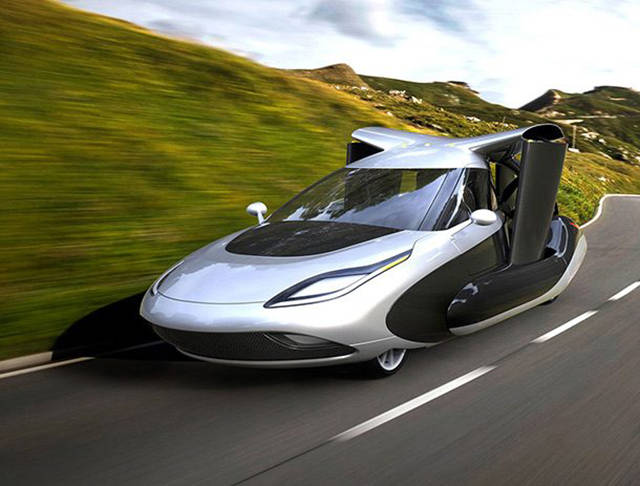 Wanting to keep driving fun in the future full of autonomous vehicles, Toyota designed the Concept-i to keep the steering wheel, but it looks more like a video game controller than a traditional wheel. At the same time, the AI is the main attraction, providing driving assistance whenever the driver gets distracted. It’ll have an avatar on a screen to interact with and help you get to your destination.

The Honda NeuV is a mini-car designed with an artificial intelligence component built in that can detect the driver’s emotions and provide assistance and recommendations. Its entire dashboard is one long touchscreen panel. It also has a payment system so you can make payments for things while on the road. 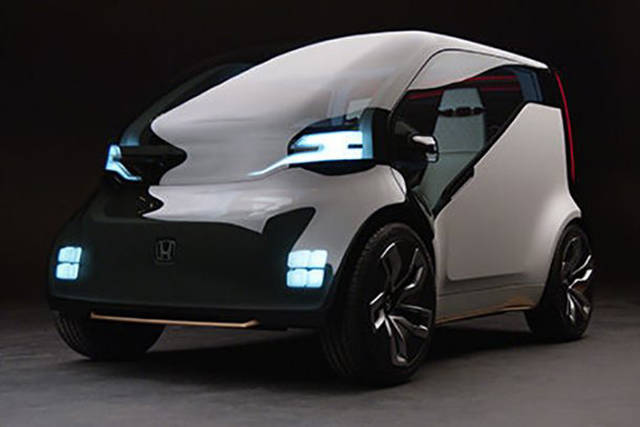 The Chevrolet FNR looks like a car straight out of a science fiction film and is a glimpse into the cars of the future. Of course, like other futuristic cars, autonomy is built-in but with the ability for the driver to take over. It’ll have laser headlights and dragonfly doors. 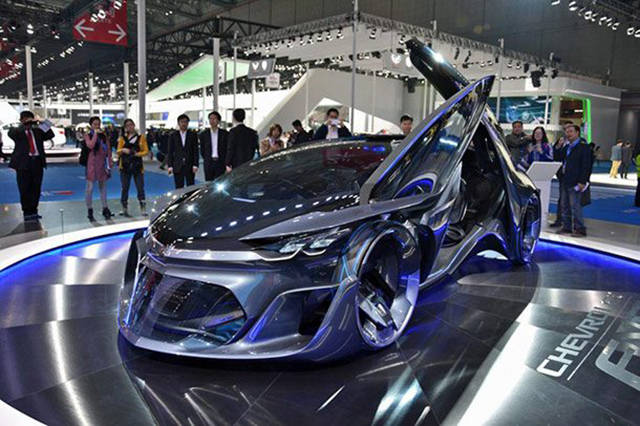 The Chevrolet EN-V looks like they designed a car after a ladybug. It takes compact to a whole new level. With dragonfly doors and one passenger capacity, the EN-V would have cameras and sensors with the ability to communicate with other cars. 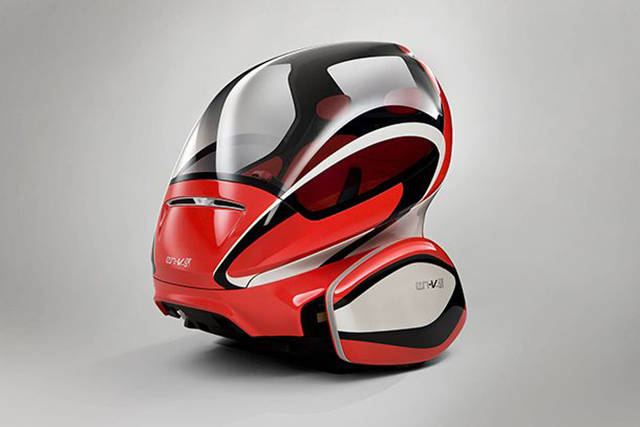 Meaning “Seaweed,” the Toyota Nori looks like a bug with wheels. Designed to address the challenges of present day cars, Toyota wanted to make it as green as possible. Part of its design is solar technology which harvests sun power and stores it in a battery. 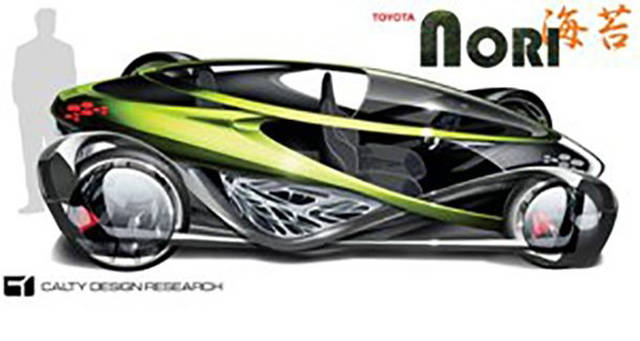 The Mitsubishi MMR25 won’t have glass. Let that sink in for a second. Using cameras and sensors on the outside, the interior will include a screen providing everything you’ll need to see. It’ll have nine motors in each wheel and will be extremely power-efficient, making 1,000 miles per charge. 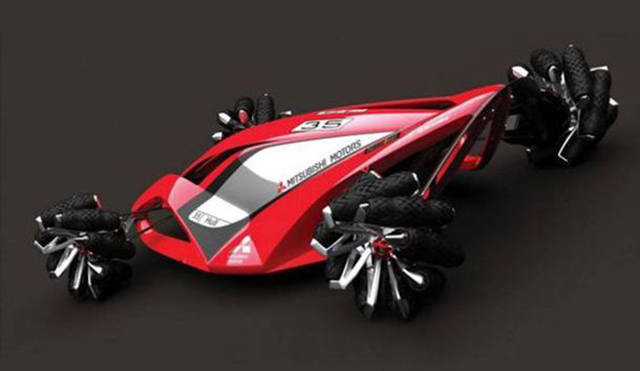 Looking like a light-up Nike sneaker, the EDAG Light Cocoon is a sports car with a unique, organic outer shell. It’ll light up, allowing others to see it better at night. It also provides excellent weather protection and is lightweight. 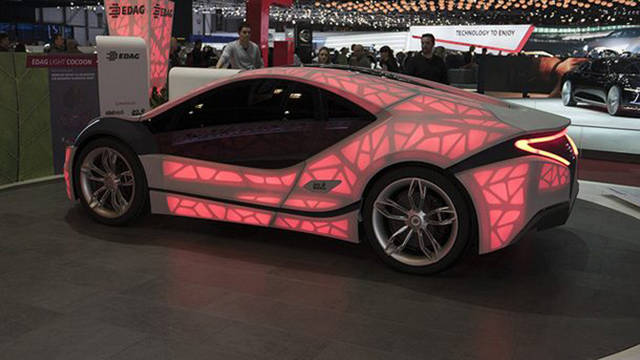 If you’re wanting a green, environmentally friendly car, then this is as close as you can get. The exterior and interior are grown completely from genetically modified seeds. It also runs on plant juice. Because the car is made of organic matter, it’ll naturally be disposed of at the end of its life, leaving one less car at your local car dump. 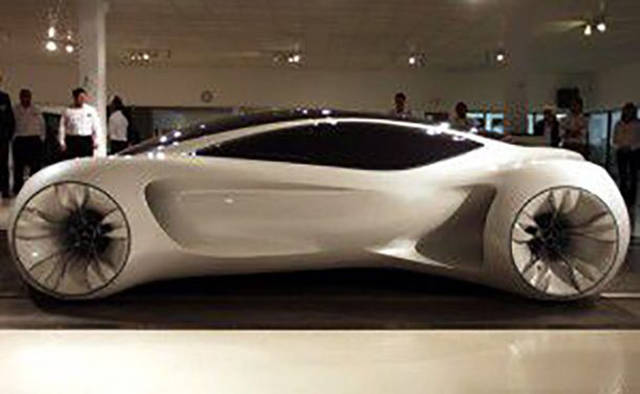 With no brake, steering wheel, or gas pedal, the Toyota FV2 looks like something from Tron. Using facial recognition and body weight, the machine reads your body language to turn, speed up, or slow down. It’ll also come with an augmented reality screen. 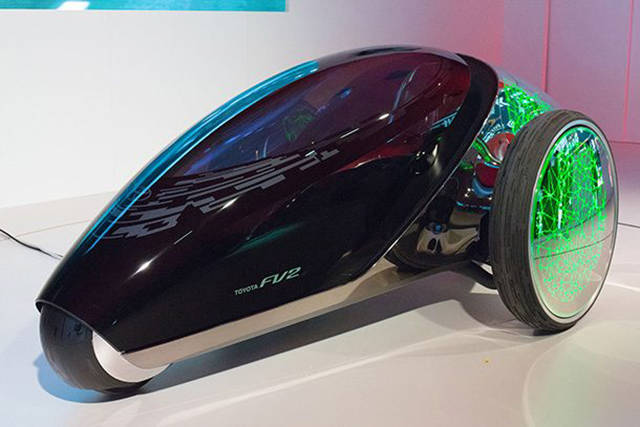 The Cadillac Aera is designed with being lightweight in mind. Its skeletal structure is grown into one piece and its powertrain uses compressed air. The structure was inspired by things found in nature. 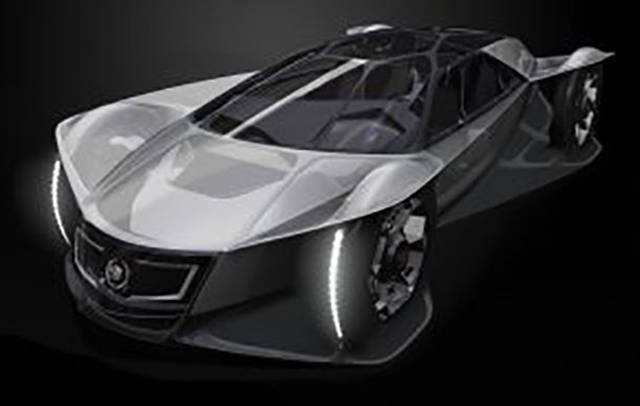 The two most fascinating parts about the Renault KWID is its unique design and drone capability. Yeah, you heard that right. Drones. First, the driver seat is in the middle of the car rather than on the left or right. It also has a drone inside the roof of the car you can deploy to scout the area. Not sure why you’d want to do that, but it’s still pretty awesome. 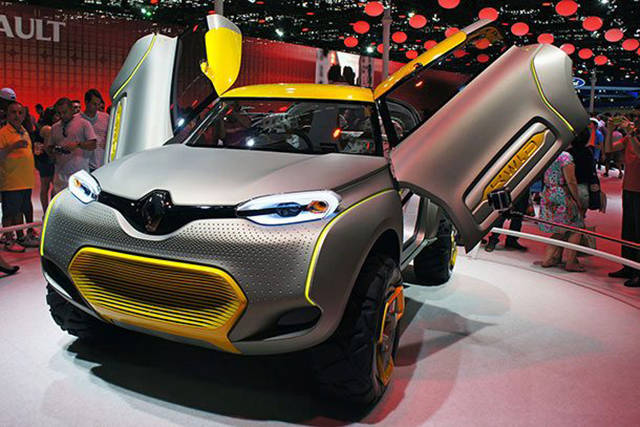 The Toyota iRoad is less of a car and more of a combination between a motorcycle and a car. It’s specifically designed for the city, only going 37 mph (59 kmh). It has an active lean suspension allowing it to make tight turns around corners. 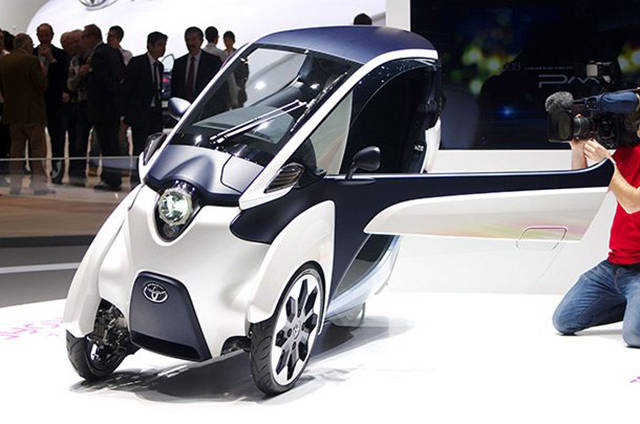 Buckle up because the Faraday Future FF 91 can go 0-60 in 2.39 seconds! But that’s just the beginning; it has semi-autonomous AI with the ability to park itself, open its doors, adjust the temperature, and so on. It’ll be available in very limited release in 2018.

Google has been on the cutting edge of self-driving cars, pushing the technology forward. The project is now called Waymo, and it continues to develop and advance. Much like other car designs, it uses sensors, cameras, and artificial intelligence to detect objects and bystanders around it. As a prototype, the car has already been on the road. 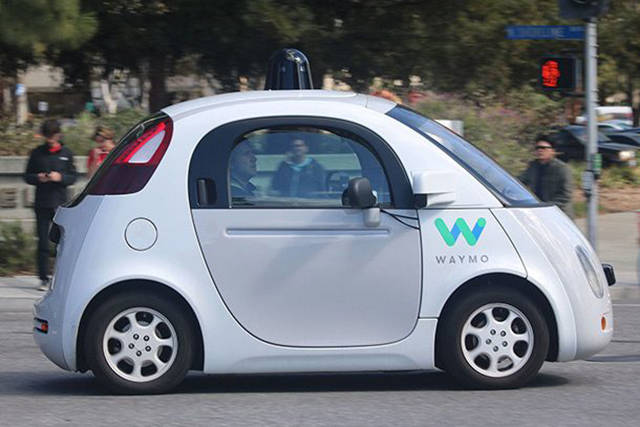 The Mercedes-Benz G-Code touts all the bells and whistles of futuristic autonomous cars but with one unique feature. The paint job helps power the vehicle. Using solar cell technology, when the heat hits the paint, it stores the energy. 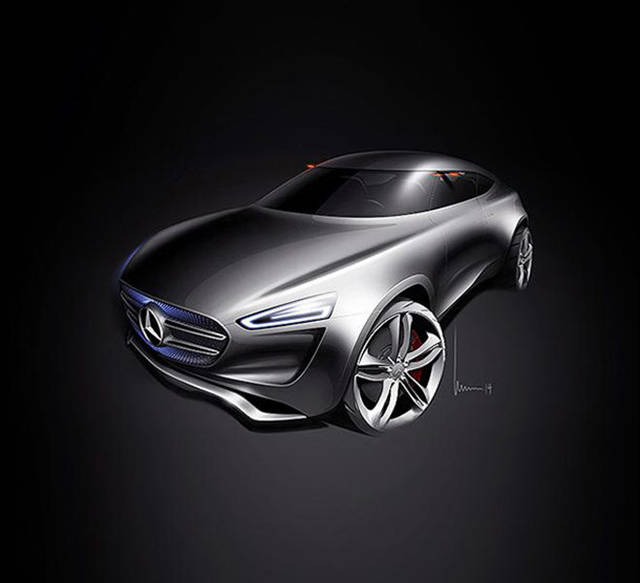 The future of automobiles is electric power, and the Kia Pop continues that trend. With a mini design requiring only 3 yards of parking space, it can reach up to an impressive 87 mph (140 kmh). However, it has a short range of 100 miles with a 6 hour charging time. 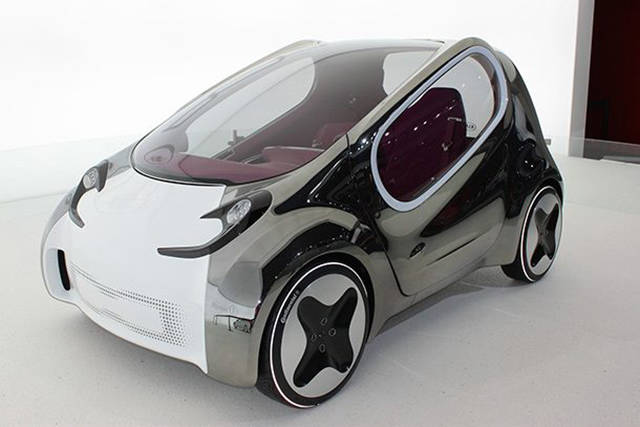 Used for Gran Turismo racing, the futuristic design of the Chevrolet Chapparal 2X Vision GT would make any car enthusiast swoon. It has a ton of unique features. In order to drive it, you lay down. Its engine is powered by a laser. The driver’s helmet gets a display and it goes up to 240 mph (386 kmh). 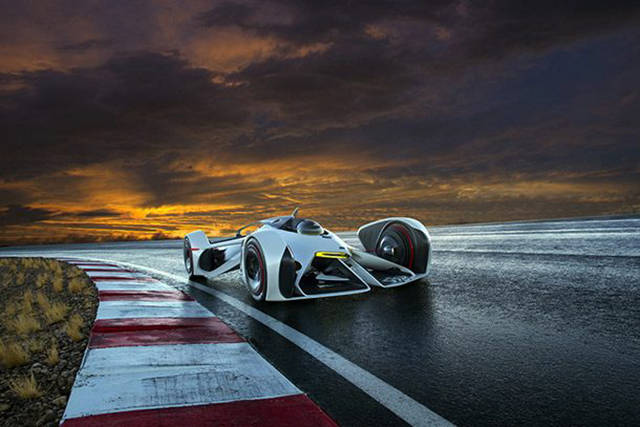 The aeroMobil 3.0 is another futuristic plane and car combination with retractable wings and a propeller in the back. The driver’s seat also looks like a pilot cockpit, giving people the ability to fly or drive to their given destination. 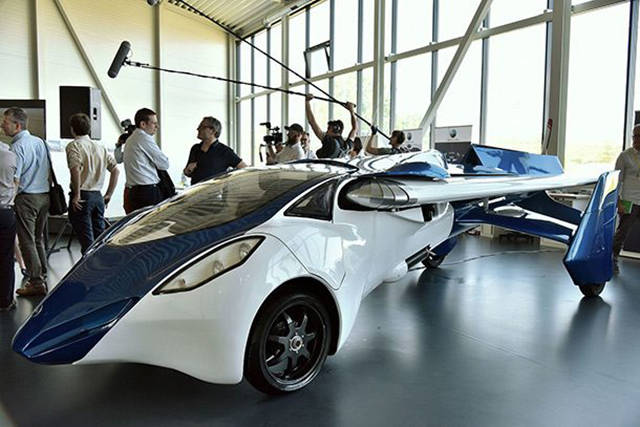 Ever get tired of the shape or design of your car? With the BMW GINA, you’d be able to seamlessly change its shape. Its exterior design uses fabric instead of steel or aluminum, giving it the ability to change shape. But don’t worry, the fabric is very durable, water resistant, and resilient. 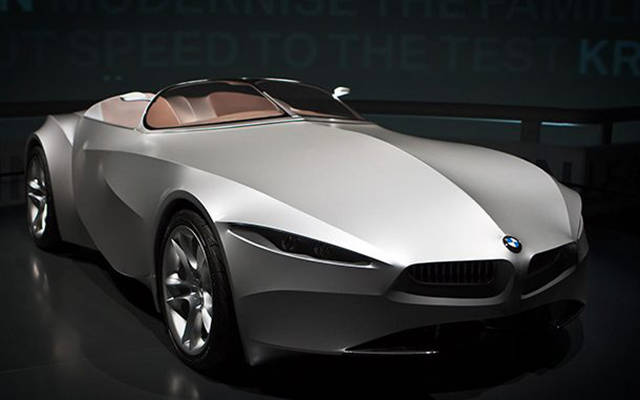 Mercedes-Benz F 015 is almost as futuristic as futuristic gets. With no steering wheel and a cabin with the seats facing each other, it is fully autonomous with a built-in AI system. If a bystander tries to walk in front of it, it would stop and say, “Please, go ahead.” 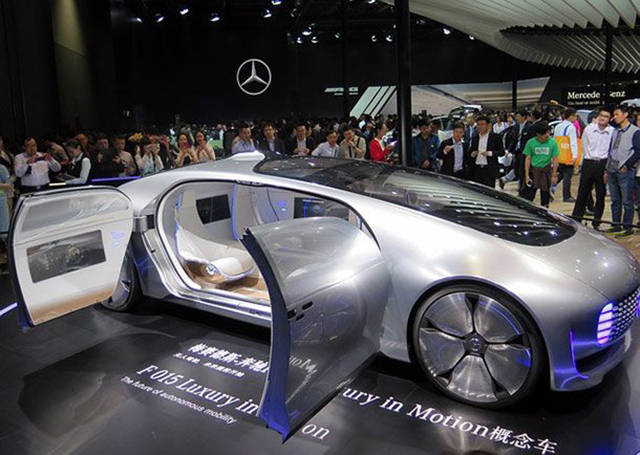 The Bentley EXP 10 Speed 6 mixes old and new in one beautiful automobile you’ll wish you could afford. With an LCD touch screen, 3D printed design, and hybrid engine, this Bentley is said to be released between 2018 to 2020. 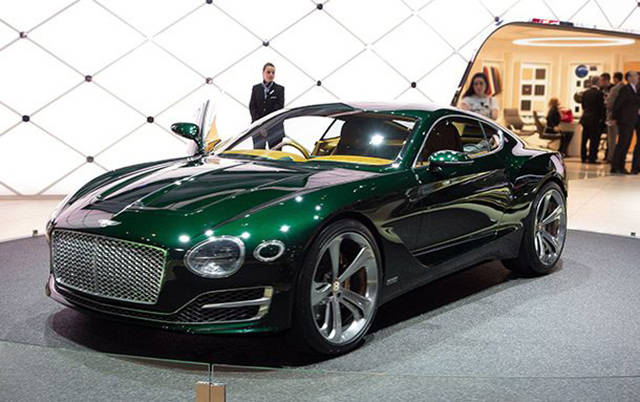 The BMW i3 is an urban electric hatchback and sports car and is the first mass-produced car with zero emissions. There’s only one pedal that accelerates and brakes based upon kinetic energy. It goes 0 to 60 in 4 seconds and connects to smartphones and smartwatches. 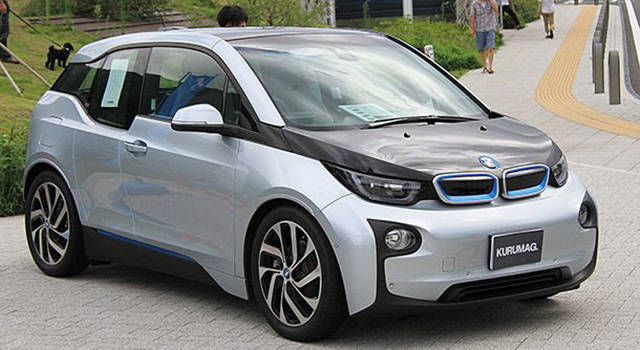 The Lexus LF-SA is a minicar with an adjustable steering wheel, a sweeping dashboard, and a hologram style wide-angle display. It also has a 2+2 design, allowing for four passengers. Though, the backseats are a little tight. 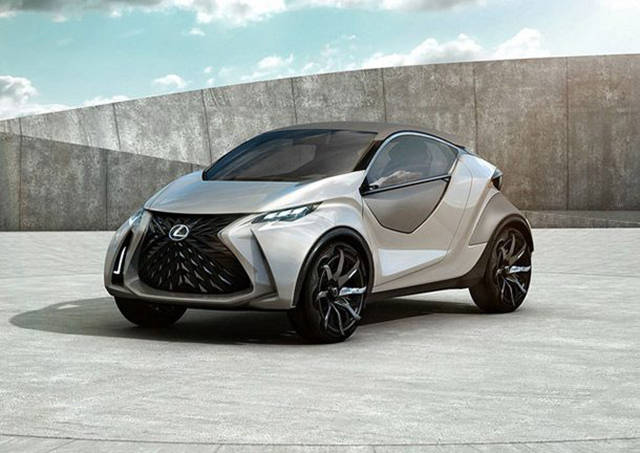 The Lykan Hypersport is the third most expensive car in the world, priced at 3.4 million dollars. It’s got a very futuristic and unique design, looking almost like the Batmobile. It’s founded by W Motors in Beirut and can go from 0 to 62 in 2.8 seconds. Fans of Fast and the Furious may remember seeing it in Furious 7. 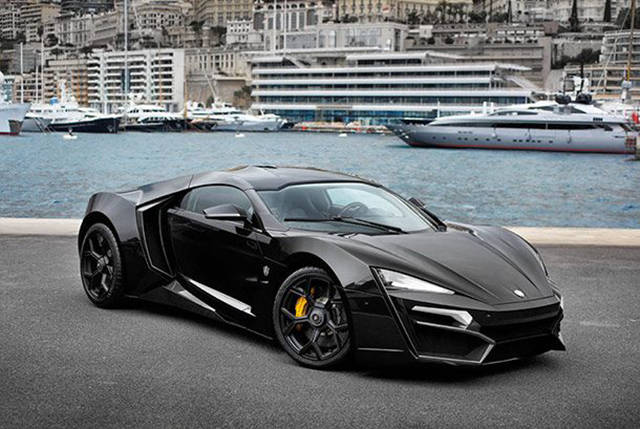