There's a lot more to our job than just pressing play. 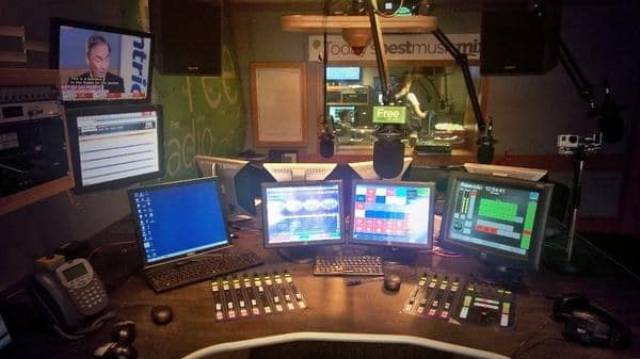 A typical studio has a huge array of complex audio and sound equipment, computers, and various other forms of radio automation to help us do our jobs. And, of course, you have to be great at thinking on your feet. Because...

Things go wrong with live radio all the time.

It's a minefield. Even when we're not dealing with technical difficulties, it's easy to fuck up by saying the wrong thing or losing our train of thought, or we end up scrambling to fill spaces left by queued songs failing to play. It's very stressful tbf.

And our radio software often drives us mad. 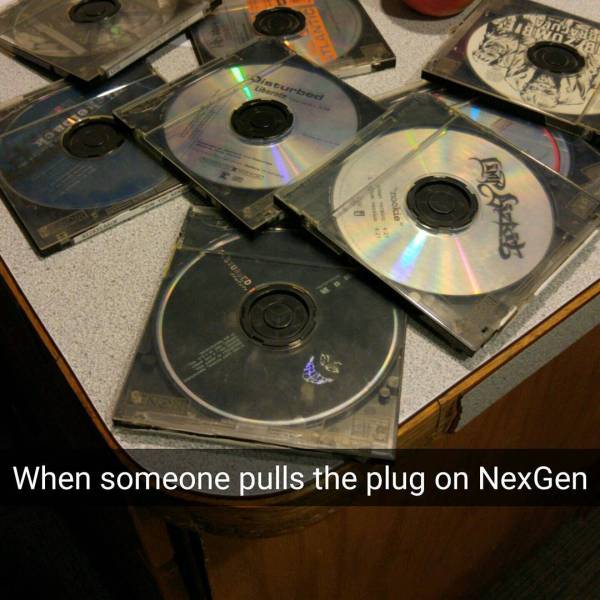 The various radio programmes are good when they work, as they help control our shows, queue up songs, and help us manage timings. But everyone who's used a computer knows how they just love to crash or install 493 updates at precisely the wrong time. Like when you're live on air interviewing Lady Gaga.

There are specific, extra-long songs called "toilet tracks" that we play if we need to shit.

Dead air is our worst nightmare.

If we don't get back from the toilet in time, the worst possible thing happens: dead air. It basically means the station is broadcasting nothing but the background hiss of static, and it's a perfect way to lose all your listeners quickly.

We've all accidentally sworn on air at some point 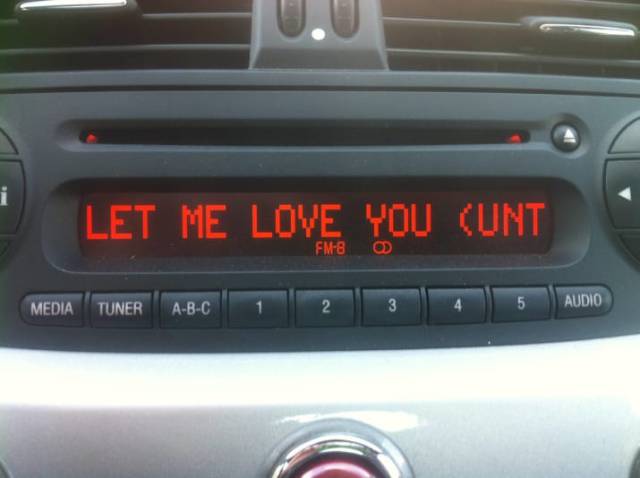 No matter how hard we try, it's tricky not to let slip the odd "fuck" when we think our mic is off, or if something goes wrong. And we can get fined when we do.

Our mics get seriously gross. 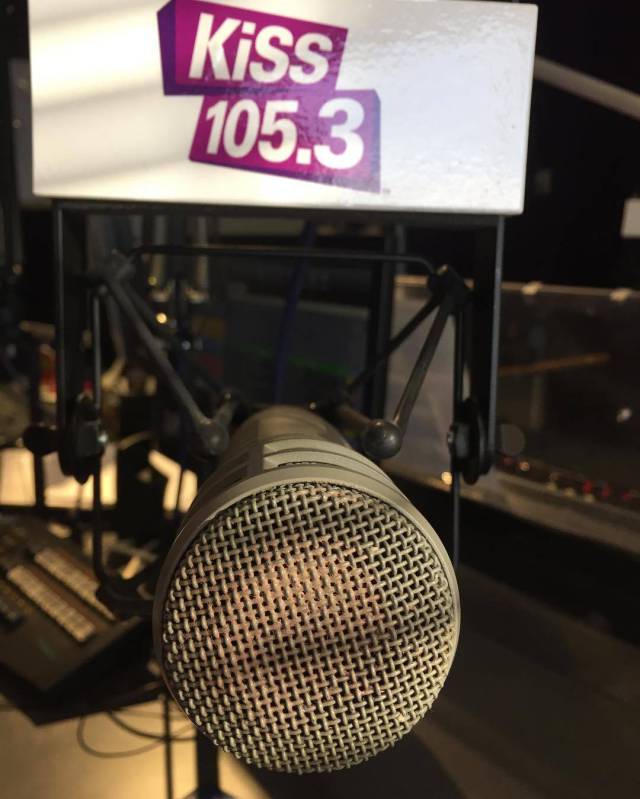 It's even worse if we have to share one with another host who rubs their face all over it, or leaves bits of spit and sandwich lodged in the various holes. Vom.

We're really sick of that old "face for radio" joke. 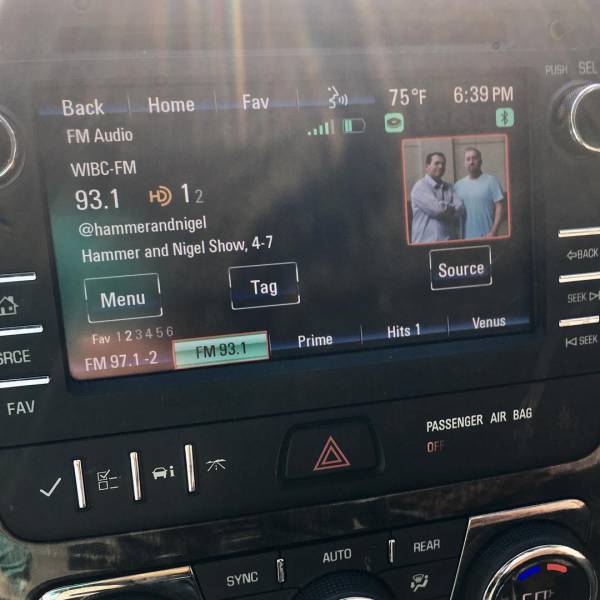 Yeah yeah, we get it, we're radio presenters because we're too ugly to be on TV. Ahahaha. Except that isn't really the case these days; we usually have webcams so online listeners can watch us spitting into a microphone for hours.

Keeping to time is a) important, and b) damn tricky. 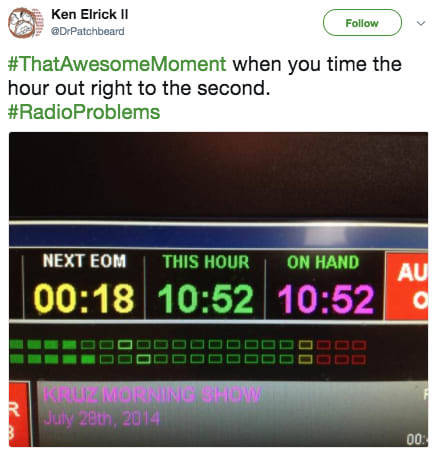 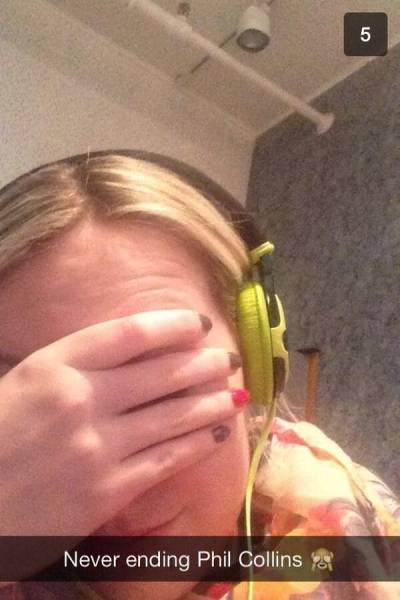 Unless we present a specialist show, our music is usually scheduled for us. Occasionally we can tweak the list a bit, but on the whole we have to put up with hearing the same songs over and over again. Which is why all radio DJs come to hate Ed Sheeran.

So please stop giving us your damn EPs.

"Oh, you're a radio DJ – awesome, dude. Hey, here's our new EP Hitler's Trousers, could you get it played on your station?" Er, no.

We won't give you a "shout-out", either. 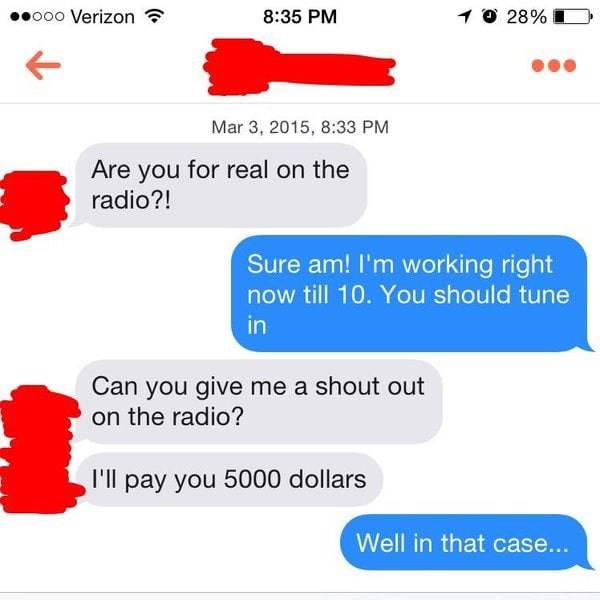 Friends, family, Tinder dates, and complete strangers are constantly asking us to give them a shout-out. Why do you need to hear us say your name? It's quite odd.

"Oh, good, it's 1 December" – no radio presenter ever. Unless we have control over our playlist, we're going to be listening to "All I Want for Christmas" every hour for the next 25 days. Only people working in retail have it worse.

Our on-air personas are often more outgoing and chatty than our "real" selves, which can confuse people.

"But how can you be Chris Rock the Shock Jock? You're so quiet and shy!" Yeah, we can't be "on" all the time, and it gets pretty tiring when people expect us to entertain them, their guests, or their kids. Pay us per joke, then we'll talk.

We dream in annoying jingles.

Stations use jingles to grab people's attention and remind them which show they're listening to, meaning they have to be catchy as hell. If you do our job, you can never get them out of your head. They're almost as bad as Christmas music.

We always have sore throats. 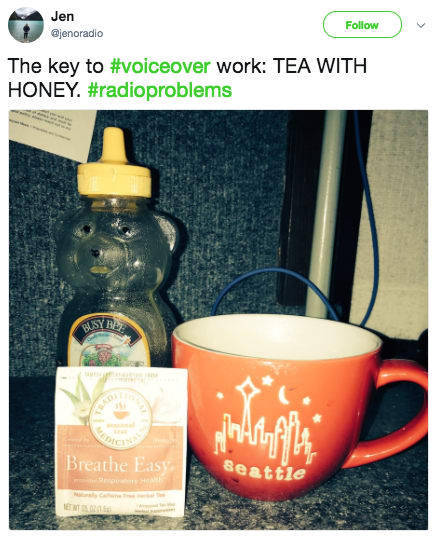 You try talking almost nonstop for five hours a day. It's murder on the vocal chords, and part of the reason we're often much quieter and more reserved than you might expect when you meet us in person. We cba to chat a lot of the time.

And there's literally nothing worse than having a cough, cold, or even hiccups on air. 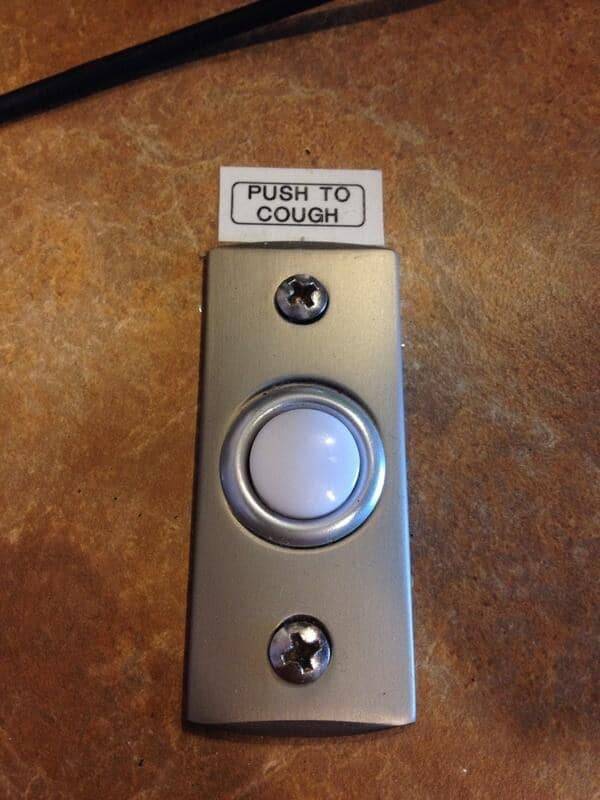 We inhabit a sort of famous-but-not-famous limbo. 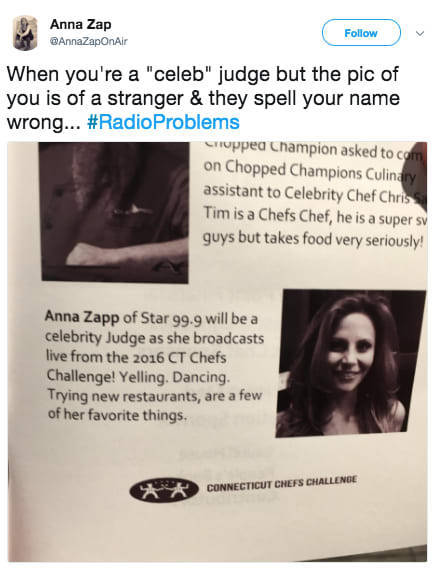 Our voices are certainly well-known, and thanks to the webcams in our studios people do occasionally recognise us, although we end up disappointing people who were expecting a more glamorous celebrity guest at local events. Yeah, sorry we're not Kerry Katona or Duncan from Blue, guys.

Celebrity interviews can be a total nightmare.

Sometimes guests can be assholes. Music show contestants often behave like entitled A-listers, as they've been used to having their egos stroked by the judges for the last few months. It's disappointing and annoying in equal measure.

Ratings are a constant source of stress.

As with any form of broadcasting, we're judged on the number of listeners we pull in. This is one of the reasons "shock jocks" often flourish where others fail. Apparently, when you aggravate or annoy people, those people listen to you for even longer than the people who tune in because they like you.

We get some deeply weird callers.

Obviously late-night talk radio is the main hotline for strange callers, but regular shows get them too, especially when you're open for requests. No amount of screening can 100% prevent someone shouting out that they have sex with pies.

Not to mention some seriously batshit emails. 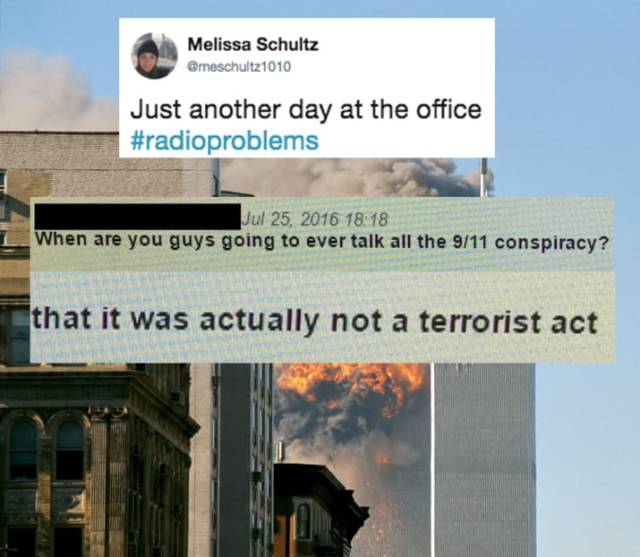 Conspiracy theorists are drawn to radio stations like moths to a flame, and send emails accusing us of being part of the "MSM cover-up" and asking why we won't, say, tell our listeners the truth about the fact the royal family are alien lizards.

But we do feel a sense of duty towards our listeners. 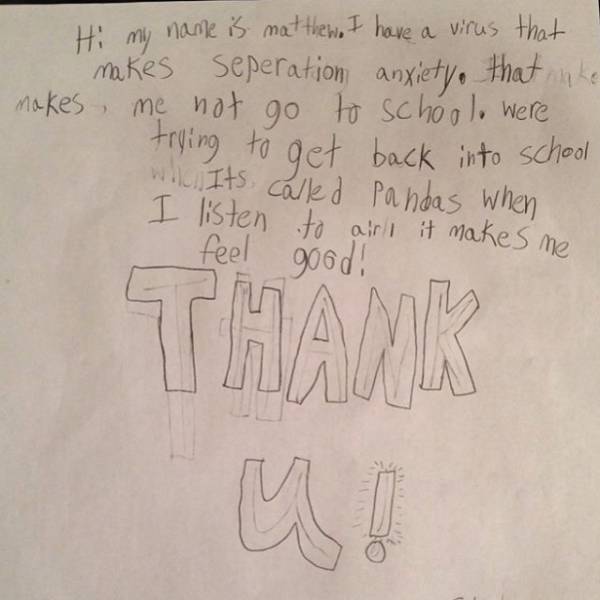 We're sometimes some people's only source of company, especially if we work on a talk radio channel, or do the graveyard shift. So we always try to reply to people on social media, and we get to know and care about our audience: the ambulance drivers, cleaners, shift workers, milkmen, and isolated older people.

And their gratitude makes everything worthwhile. 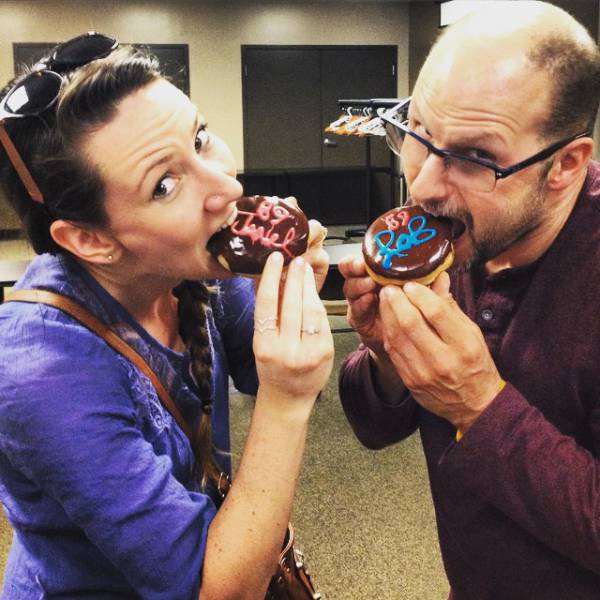 They often send us gifts and food, and these sweet thank yous make the most of the other crap we deal with worthwhile...but not the damn Christmas music though.