There’s Nothing Similar Between Swimsuits 200 Years Ago And Now! (14 pics)

The Victorian era (the latter part of the 1800s) was an extremely conservative time, and anything hinting at sexuality was basically forbidden. People still went to the beach, though, but they couldn’t wear more-revealing clothes just because it was hot, or they were going to swim. Women wore bathing gowns, a dress not too different from their regular, body-concealing clothes they wore the rest of the time. 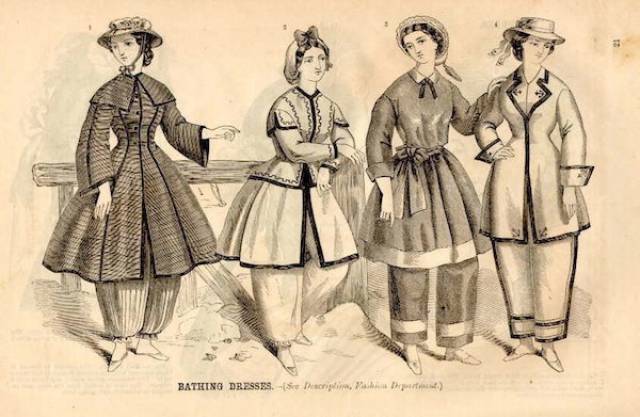 In the 1900s, bathing suits got a bit more reasonable. They were a bit more loose-fitting and breathable, but still made from multiple layers of billowy fabrics. Any exposed leg was covered, Well, all skin except for the forearms and face stayed covered. 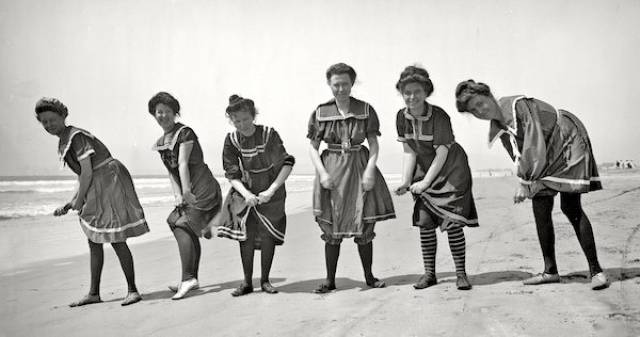 In the 1910s, the waists got cinched and the silhouette of the garment started to suggest the presence of a human body underneath. Shoulders and the neck were fine to show off, but women still had to wear pants under those swimsuits. 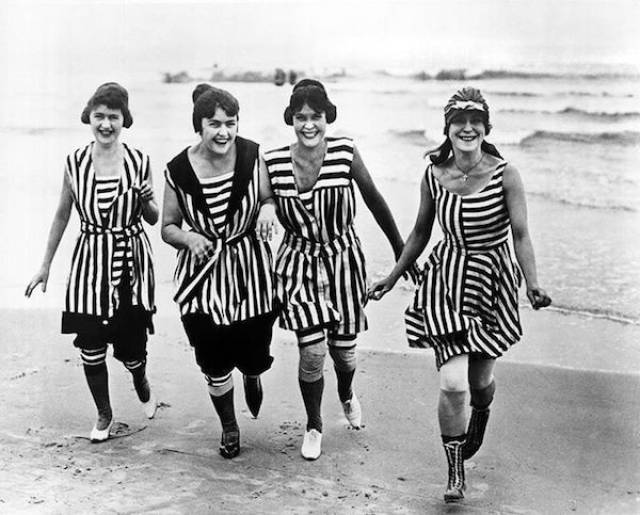 As hemlines continued to rise and ladies dared to bear their legs above the knee, many beaches in the 1920s tasked police with ensuring that swimsuits didn’t violate decency laws. 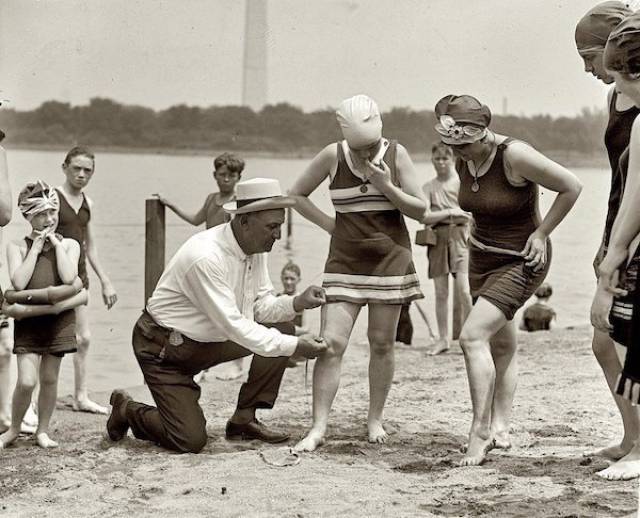 Annette Kellerman was the first woman to swim across the English Channel…but we was arrested in Boston for daring to wear a functional one-piece bathing suit that contoured to the shape of her body. No collars or billowing sleeves or anything, imagine!

Swimsuits start to actually look like a modern-day swimsuit. Frankly, they’re more like what today would be a called a minidress, what with the little skirt or dress-like thing covering the crotch. 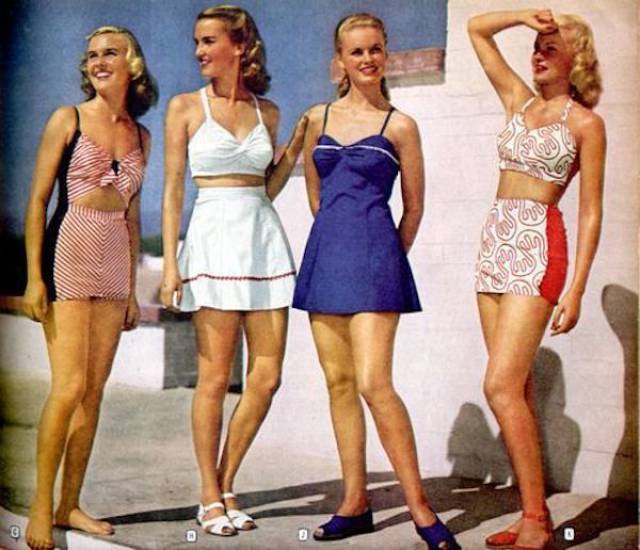 It was still far too scandalous for just anyone to wear, but the bikini was first created in 1946 by designer Louis Reard. He named it after Bikini Atoll, the South Pacific island paradise where atomic bomb tests took place. 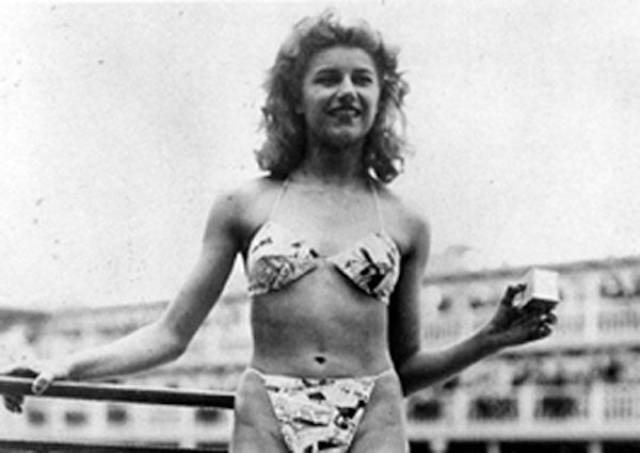 In the 1960s, the “Sexual Revolution” came and swimsuits started to rapidly shrink. Two piece, belly-button-revealing became the norm—as the bikini catches on with the changing social mores. 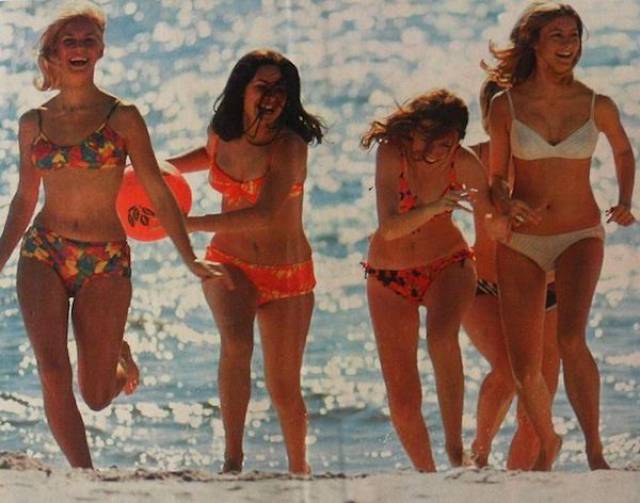 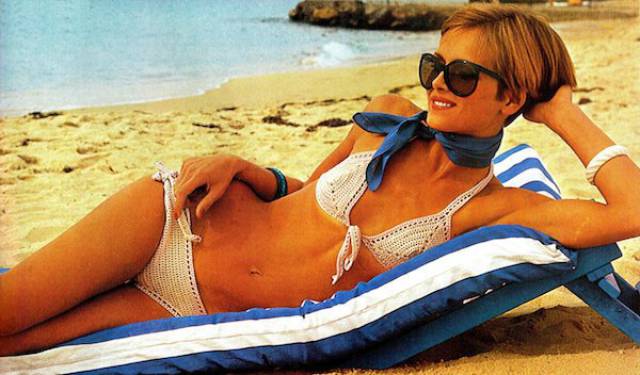 Evoking the tight-fitting, high-waisted aerobics gear of the 1980s, swimsuits of the time fit way high up on the hips and accentuated the chest. 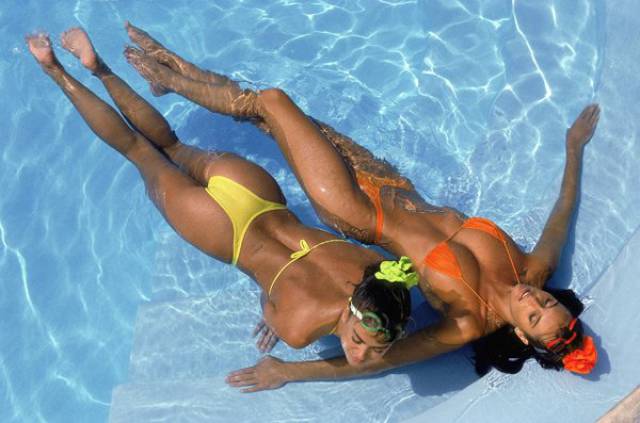 In the ’90s, Baywatch was a cultural phenomenon. Everyone wanted to look like this at the beach. 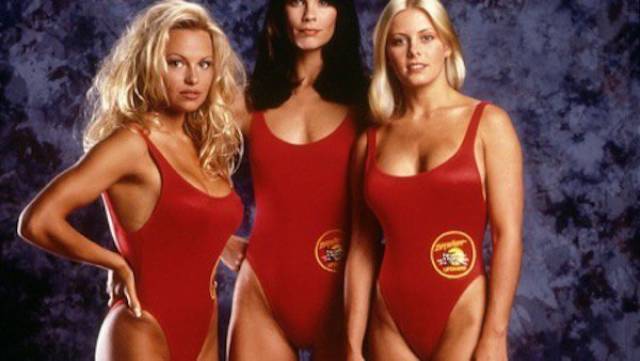 In the ’90s and beyond, those blessed with junk in the trunk and thighs like what were not afraid to show it all off with a thong-style bikini. 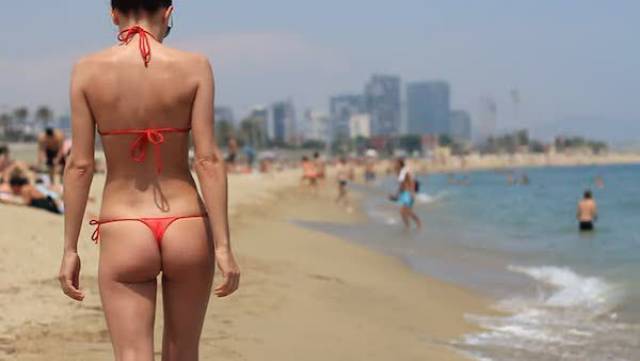 In the late ’90s, the tankini came about. An option somewhere between a one-piece swimsuit and a bikini, it consisted of a form-fitting shirt or tank top paired with bikini bottoms. So it was more modest than a bikini…but not really. 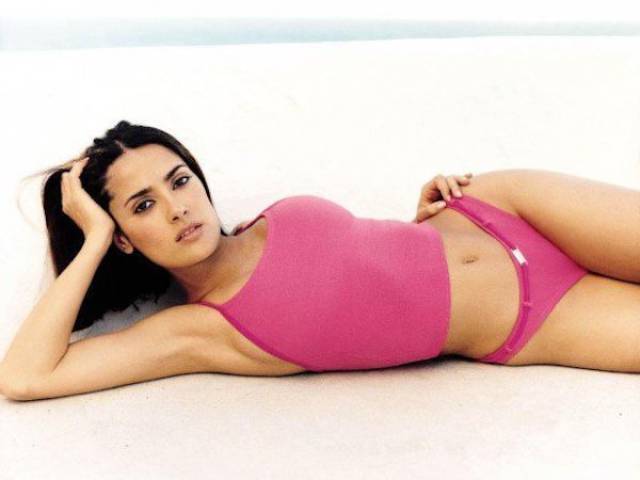 From the turn of the 21st century to today: anything goes. 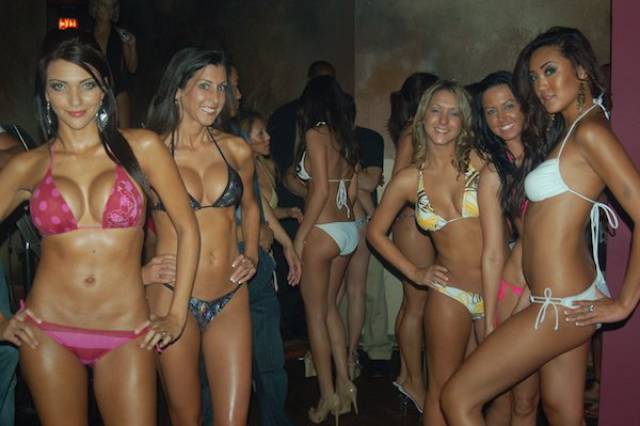