Some Movies Even Had To Be Banned In Some Countries! (18 pics)

This Italian-Algerian faux-documentary about the Algerian War in the late 50’s and early 60’s was a commentary on the activities of the French Government in the North African country of Algeria. Listed as one of the top 500 greatest movies of all times on multiple lists today, it was banned in France for over 5 years due to it’s pro-Algerian message and depiction of guerrilla warfare. 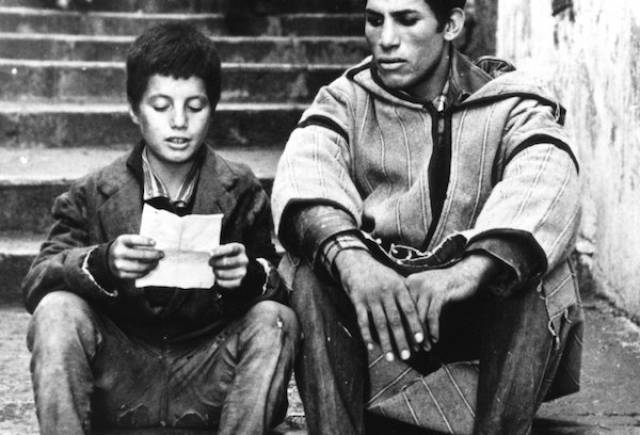 This is one of Stanley Kubrick’s most famous and most controversial films (up until Eyes Wide Shut). This story of a group of violent teens, showed horrific activities such as home invasion, rape and murder. It was so brutal and graphic that many countries banned it for decades. Even in the UK, it was pulled from theatres because Kubrick and his family were getting death threats, and wasn’t screened again until 1999, after the director’s death. 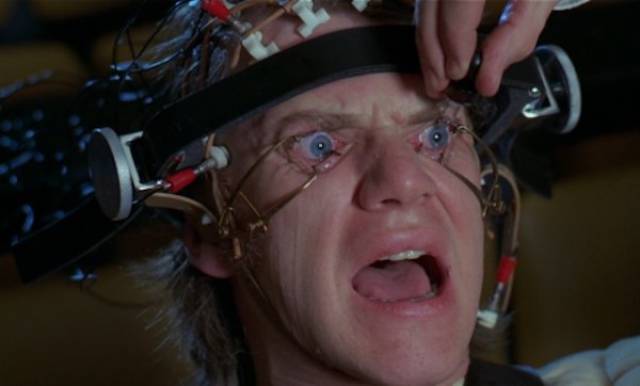 Now, the thought of Charlie Chaplin making fun of Hitler and Nazi Germany is hilarious, but back then, it was scandalous. The first talking picture by Chaplin, it was meant to be a satire on fascism, but instead of being widely received, it was banned in Latin American countries that were Nazi sympathizers, and of course, it definitely wasn’t allowed in Germany, nor fascist Italy. Also, while in the US it was widely popular, it was also controversial because in 1940, the US was still formally at peace with Germany, and no one wanted to start anything over a funny film. 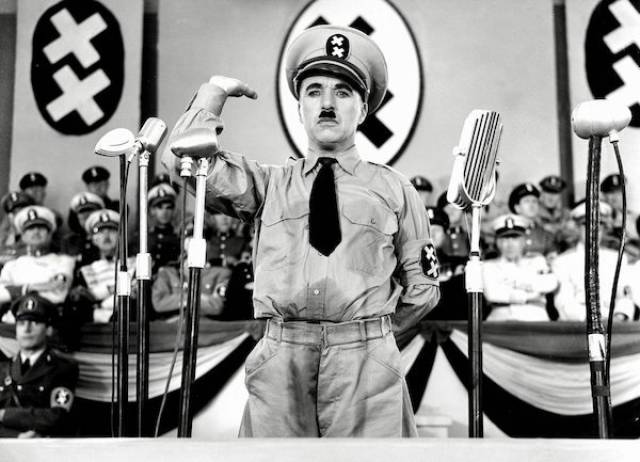 This film, which is surprisingly funny, has two journalists who attempt to assassinate North Korean leader Kim Jong-un. Even from its planning stages, the studio got warnings from North Korea that there would be retaliation if the film was released, but Sony did it anyways, as a digital download. It’s not like North Koreans were going to see it, as all American films are banned there, but Russia also banned the film too. 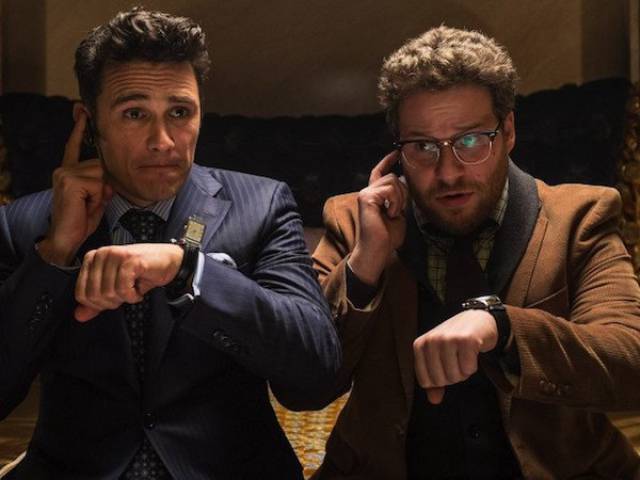 This Tod Browning classic is probably the most banned and divisive film out there, due to the performers. For a film about carnival sideshow freaks, they actually used real performers and actors with deformities to portray their characters. On top of that, the film is genuinely disturbing, when the freaks go after a beautiful trapeze artist who wrongs their leader; Hans. This film was banned in the UK for 30 years and wasn’t available there until the early 1990’s. Even in the rare film market here in the US and Canada, it’s a hard film to find. 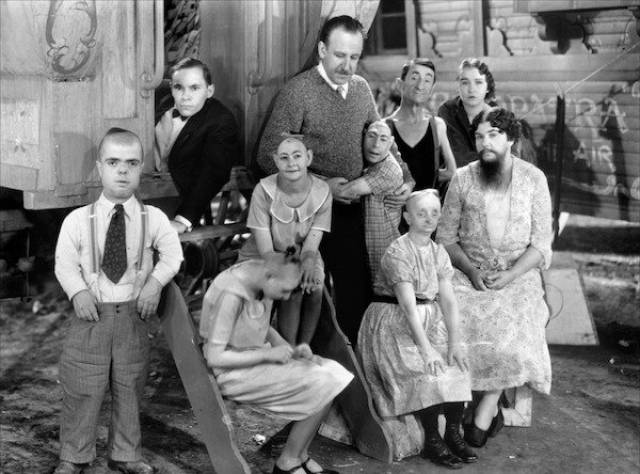 Back in 1972, director Sydney Pollack spent two days recording Aretha Franklin record her historic gospel album, but somehow, the sound was lost. It took him 43 years to sync up the sound and put together a documentary about the album. Except, he never got permission to make it. When the film hit the festival circuit, legal action was threatened as Franklin never gave permission for her name or likeness to be used, so the film’s been put on ice.

It’s currently still being debated about as to whether or not the film will ever be seen, but in the meantime, there’s still a great gospel album to listen to. 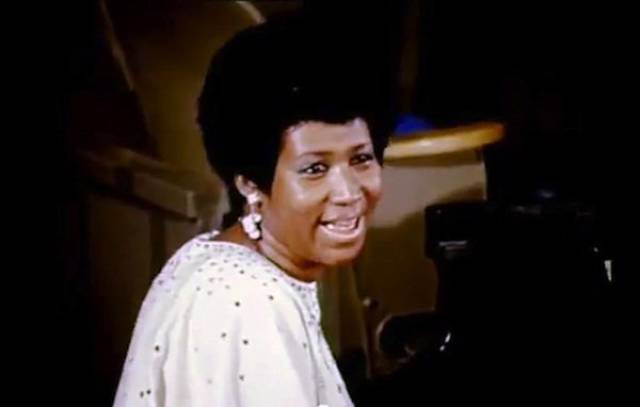 During the height of their popularity, no one was safe from the satire of the Marx Brothers, especially Italian dictator Benito Mussolini. This film, about war, politics and working class revolutions, was banned by the Italian leader. Italy wasn’t the only country that banned the film, however. Germany also banned all Marx Brothers films in their country, because the comedians were Jewish. 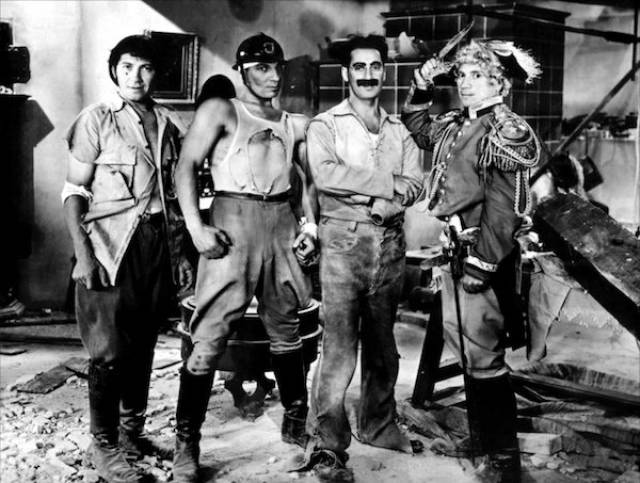 Would you expect an exposing documentary on The Rolling Stones to have any other title? The footage captured by director Robert Frank for this film during the Stones’ 1972 US tour supporting Exile on Main St., was so jarring and exposing that they didn’t want it to be seen. The way the film was captured, was through cameras that were readily accessible to everyone, so the footage that was captured and edited together, had drug use, nudity, roadie and groupie ‘antics,’ and the band members with their guards down, showing their vulnerabilities. The band was embarrassed and didn’t want any incriminating footage of themselves broadcast, so they got it banned, with a specific set of rules around its exhibition.

For example, the film cannot be screened more than 4 times per year, with Frank present and the permission of the Stones. 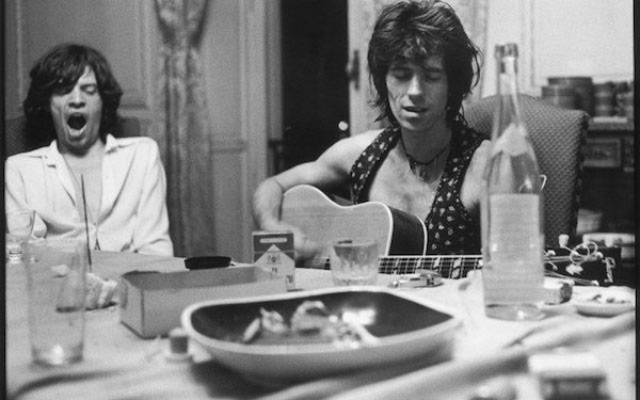 This classic silent film dramatizes the mutiny of a Russian battleship in 1905, and is famous for the Odessa steps sequence. It was banned in Nazi Germany as well as the UK, France and other countries, for it’s promotion of Marxist ideology and revolutionary ideas. In its defence, it was made as a Soviet propaganda film, so those other countries weren’t too far off in banning it on those grounds. Now, it’s taught in every single film course as one of the most influential films from an editing perspective. 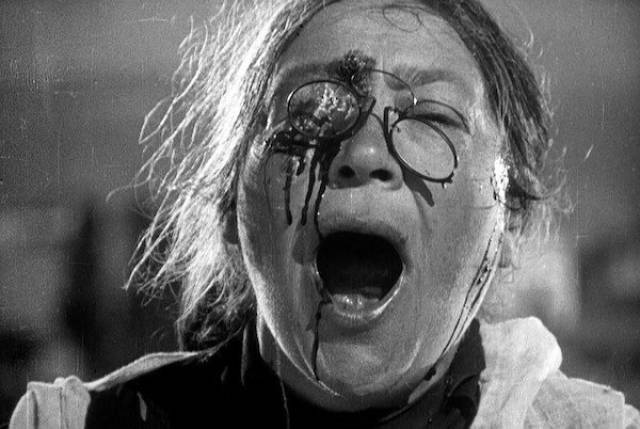 The story of Noah and the flood by Darren Aronofsky, was banned in the Middle East countries of Bahrain, Kuwait, Quatar, Saudi Arabia, Malaysia, Indonesia and the UAE, as it contradicts the teachings of Islam. As the depictions of prophets is banned in the Islamic faith, this film was seen as a blasphemy. 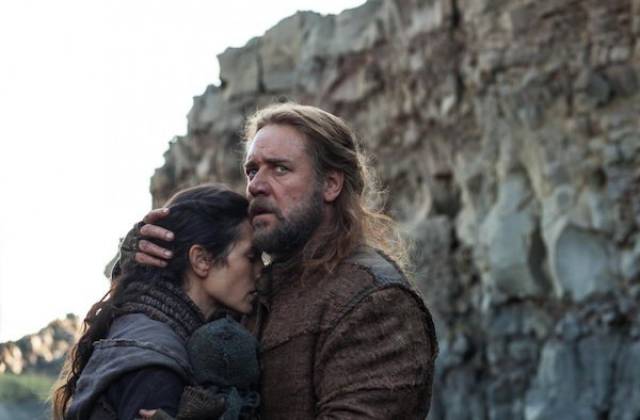 There’s been a lot of random and odd reasons for banning a movie, but when it comes to this one, I just don’t get it. Apparently, this film was banned in Burma, because the use of the colours yellow and red, was seen to support rebel groups. Right. 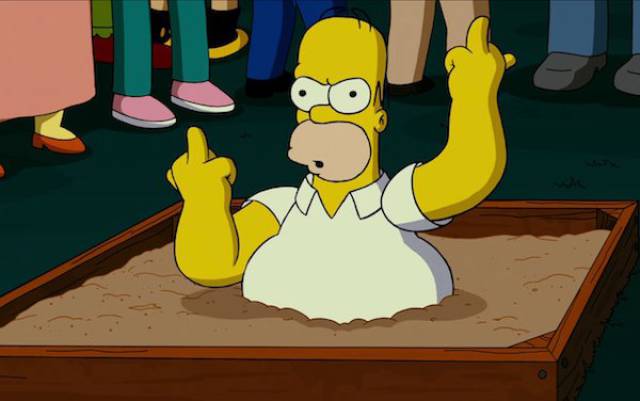 This film was originally released with an X rating in the US, which limited the audience. Around the world, however, it fared much worse. It was banned in numerous countries, on the grounds of indecency due to the graphic nature of the sex scenes, the age difference between Brando and his co star (He was in his 50s, she was 19), and the infamous butter rape scene. The film was even banned in Italy, where director Bernardo Bertolucci was from, until 1986. Prints of the film were also burned and Bertolucci was sentenced to 4 months in prison for obscenity. 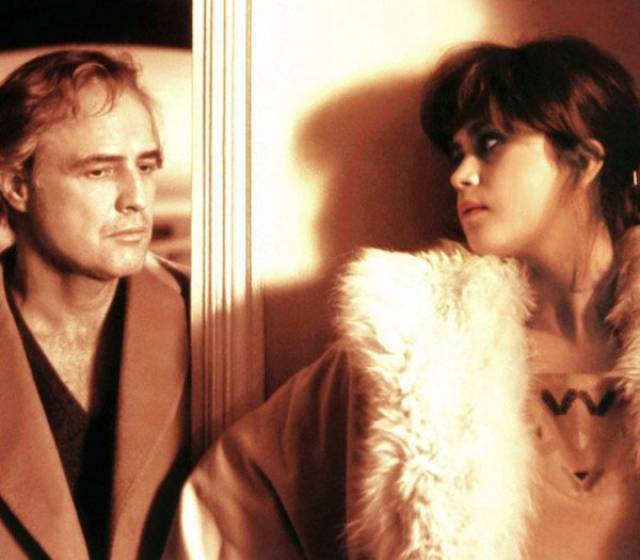 Dr. Strangelove or: How I Learned to Stop Worrying and Love the Bomb (1964)

This political satire/black comedy is another Kubrick film that was banned for a pretty random reason. The film deals with an unhinged Air Force general who orders a preemptive nuclear strike on the Soviet Union, and how the rest of the government tries to avoid war. Finland was worried that this satirical look at the Cold War would cause an incident, so they banned it in fear of angering the Soviet Union. 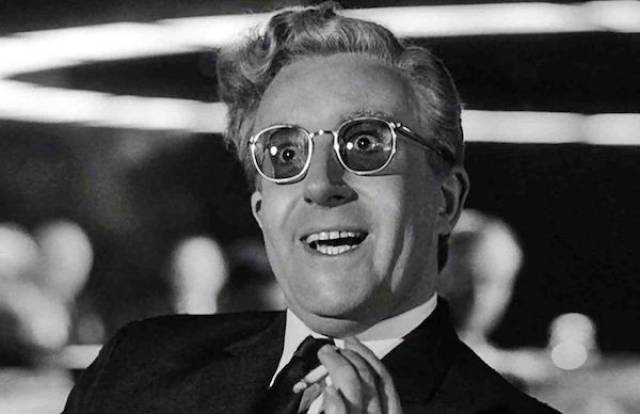 Based on a Greek novel portraying Jesus Christ as a man fighting doubt, temptation, fear and depression, it was a human portrayal of Jesus. What made it more controversial is that when he’s on the cross, he accepts the temptation of the devil to live a normal life and forget his destiny as the son of God. He marries, has kids and grows old. As it wasn’t the ‘accepted’ story f Jesus, the film was banned in numerous countries and plenty of bible belt states in the US banned it on religious and blasphemous grounds. 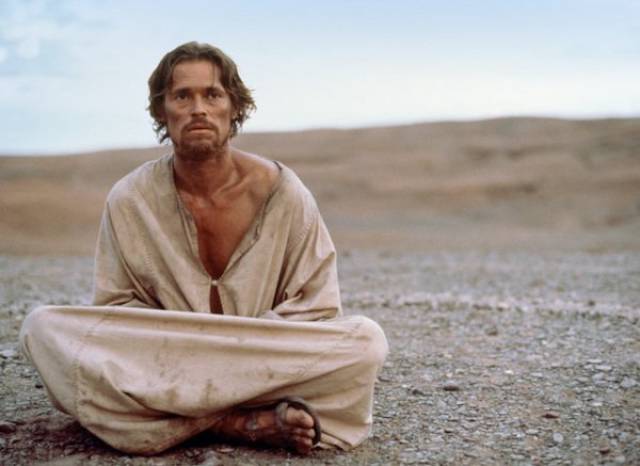 With the word ‘sodom’ right in the title, I can’t imagine why it’d be banned. This Italian-French horror art film is based on a book by the Marquis of Sade. It’s a sadistic look at group of wealthy libertines that kidnap 18 teens and subject them to sexual violence and torture. The film was banned in numerous countries for decades and finally was released in its original form in the UK in 2000. 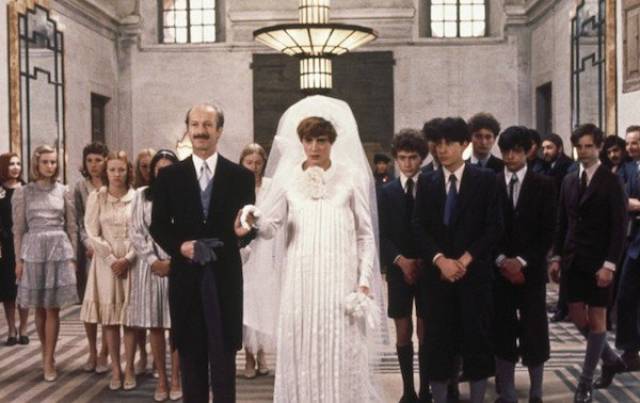 The reaction to this was was so strong, that it’s not surprising that it’s been banned. As one of the first “Found Footage” horror movies, about a fictional documentary crew shooting a movie in the Amazon, it’s pretty graphic. So graphic, that audiences thought that people were actually killed, and it was banned across 40 different countries. In fact, it’s still banned in New Zealand. 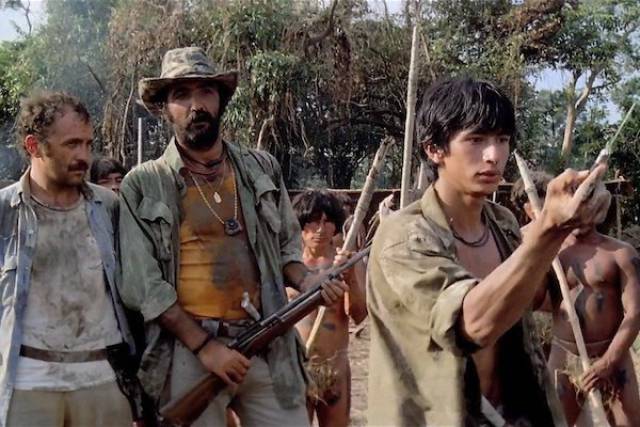 You’d think that there’d be very little to take offence to in this film (other than the rampant drugs, sex and dishonesty), but Malaysia, Nepal, Zimbabwe and Kenya hated the film so much that it’s been banned there. Other countries just demanded massive cuts, that made the film make very little narrative sense. 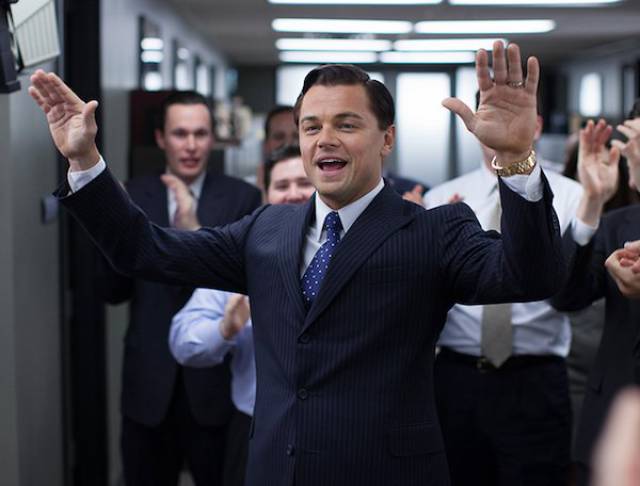 This hilarious film was banned in a few countries due to gay themes, but that wasn’t the main reason why a lot of places said no. The most obvious reason was the Malaysian Film Censorship Board deemed it unsuitable as the plot centres around sweatshops and a model being brainwashed to assassinate their Prime Minister. That’ll do it. 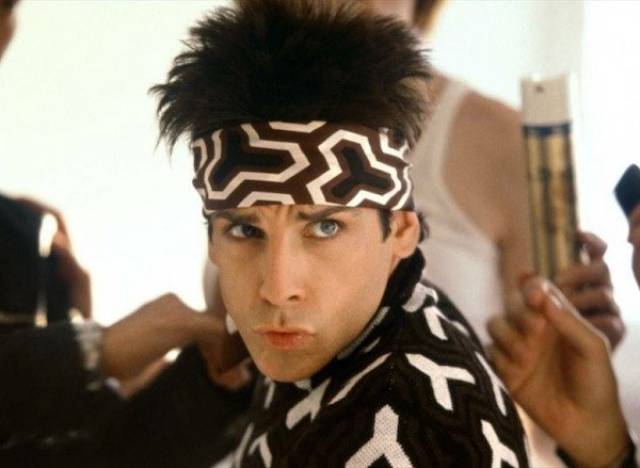